SUPERHERO SPIDER Have fun with the new and best action superhero top down IO battle royale spider-man game! Rush into the city park or dark street and defeat crime gangs as a true superhero spiderman! BECOME THE BEST HERO OF BATTLES AGAINST CRIMINAL GANGS This spider top down action game takes place in the city of criminal gangs. Cruel crime lords attacked the city and your spider superhero should win all the mafia! Civilians need your help, however police or army forces are unable to fight gangster mafia bosses. There is no chance and the city is going to ruin, but you are here as a true spider superhero fighter! People need you to fight away all thugs from the streets. So become a superhero to defeat bosses in the city in one of the best spider heroes fighting games! IT’S EASY TO FIGHT IN THE SUPERHERO SPIDER BATTLE The spider-man game is made as a classic arcade IO gameplay, like superhero action io games from our childhood and comics. Tap buttons to shoot weapons or do melee attacks - throw axes or hammers. You can choose different weapons before battles. Combine attacks and evasion to become the most dexterous brawler of superheroes games! Become the last player in survival battle royale, get points successful street fights and unlock new weapons for your spider hero! COURAGEOUS AND FEARLESS SUPER HERO Criminal gangs took the city and made the streets dark and dangerous. Everything is under their control, however you are here to stop crime lord activity - whatever weapons you need like iron blades or steel axes, you are free to choose. Just annihilate all the enemies on your way! Wear the fictional superhero mask and armor, take katana or axe or other deadly weapons and go to the streets to fight enemies in the outlaw city brawls! ULTIMATE DARK CITY BRAWLS This fighting game has been made for fans of spiderman and other superheroes. Act unpredictable with your fast flying spider attack, defeat rivals and gain experience to the next superhero level. Collect cash to unlock new perks, incredible passive and active super abilities to become an absolute champion of top down battle royale! Unleash your rage on the streets of the city of vice! UNLOCK NEW FEATURES Enjoy full of action mortal brawls of spider superheroes vs gangsters and their bosses. Use the amazing spider power of the super heroes in the fantasy fight on various locations of the city of dark streets. Use melee attacks or ranged combat with new abilities in the spider man game. DEFEAT CRIME AS A TRUE HERO OF THE CITY Like other superhero games, you will get a chance to become a real superhero and rescue the New York city! Play this ultimate top down shooter game for mobile as a superhero right from a silver age of comic books. Your alter ego is Peter and, you know, Parker. One of the most popular and successful superheroes. DOWNLOAD SUPERHERO SPIDER MAN GAME You are a super man and you move like a spider avoiding attacks of your enemies. Jump like in a pool into this futuristic war action game with these cool super heroes! Make justice in this city like a true superhero. The game is full of adventures with awesome graphics that can compete with the best gorgeous top down battle royale games! The great combination of super action gameplay and very easy controls of spider games. Ready to fight in the best superhero battle royale game? 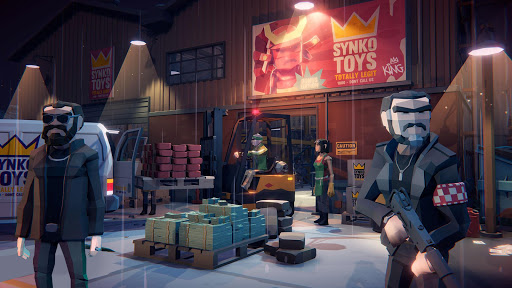 How to Install Spider Hero:
Superhero Fighting on PC

Why Use LDPlayer for Spider
Hero: Superhero Fighting PC