The play-to-earn game Tower Conquest: Metaverse came out a few days ago. If you like play-to-earn games, you'll love this game. The game is easy to understand, and if you've played Battle Cats or other games like it, you'll find it easier to get started here. If you've never played a game like this before, don't worry, because in this Tower Conquest: Metaverse guide, we'll show you the basics you need to know to get started. In Tower Conquest, you must first take control of your opponent's tower while also keeping an eye on and protecting your own structure. To attack your enemies' towers and win, you need to make sure your best troops are on the field. To do this, you need to know what each unit can do. The next thing you need to know is that every battle is based on an energy system. Each of your troops costs energy to deploy, and the more powerful they are, the more energy they will cost.

So, you need to know what the most important units are that you need on the field. Having a clear view of the battlefield might help you figure out what's missing on the battlefield and keep an eye on both your base and the enemy's base at the same time. You can do that easily and with the help of many game-specific tools when you Play Tower Conquest: Metaverse on PC with LDPlayer 9. So let's start.

How to Play Tower Conquest: Metaverse?

In order to play the game you need to create a TC:ME account just like most of the play to earn games, but creating the account through in game is little bit harder because it will show always, tend to show error message “Account creation Unsuccessful” to avoid this it is better to head directly to the “www.tcme.io” website and create the account through “SIGN UP” button from the right upper corner of the website. 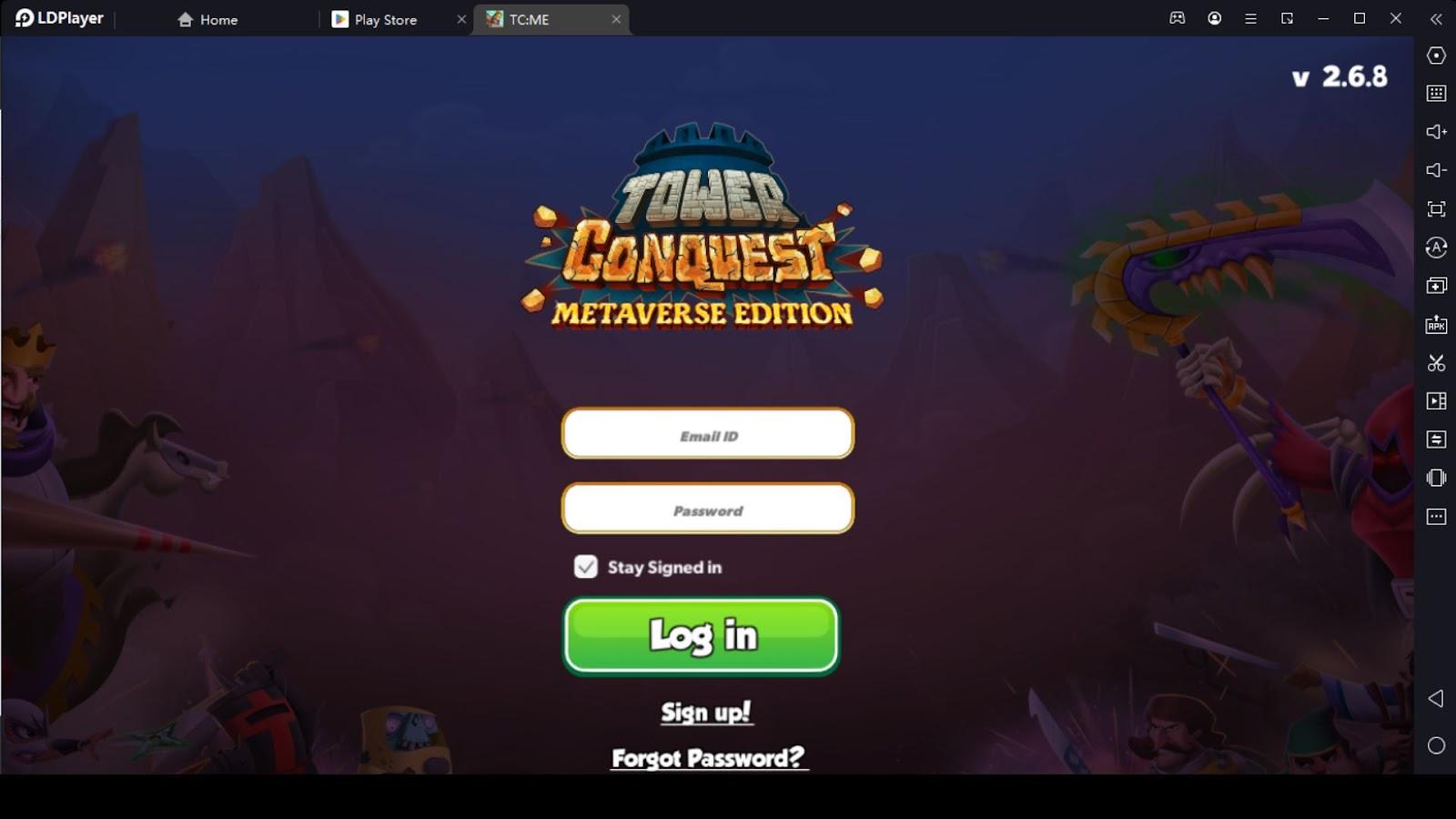 Once you've made an account and logged in to the game, you'll get a nice and easy tutorial on how to play. If you didn't pay attention to the tutorial, we'd explain it here in case you missed it. You have to set up your squad before you can join a battle or do a campaign.

You can add units to your squad by going to the card section of the game. You can add any tower or unit to your squad when making it. Mixing and matching from both undead and Kingsmen is the best way to get the best of both types. The last slot is for your heroes. At the beginning of the game, you can only hold 100 mana, so it's best to use all of your mana at the start to increase the amount your mana meter can hold. To do this, wait until your mana meter turns blue and click on it. At first, raising it to 200 is enough, but during battle, you should try to raise it even more because the amount it can hold affects how fast it generates the mana.

When dropping units, you have to know the function of each unit and what they are best at.

You need to mix and match these types of units to get the best results, and as they level up, their stats will increase, they will level up as your account level up. They are one of the game's assets that you can mine and trade, just like Skyweaver guide’s hero cards. They are the most powerful unit you can get. Unlike other units, they don't have charges, so you can drop them off as often as you want (this will be explained later). They can be minted in the blockchain, but there will only be a certain number of them in the game. There are two kinds of heroes in the game: The King and the old one.

Both of these heroes attack slowly, but they do more damage than any other unit in the game. The King is best for one-on-one damage, while the Old One is best for area-of-effect damage. Once you get them, you can choose to "evolve" them, which will not only change their looks but also make their overall stats better. You can do this five times for a single hero.

There are three modes in the game; let's take a look at what they are and what you have to do and earn from each one. Here, you'll fight against other players. Unlike in other modes, your cards need charges to be used, so you'll need to train your units in the Barracks before you go into battle. At the start of the game, no player will have a barrack, and you'll have to buy one from the market. You also need to be aware of the fact that more than possessing barracks is needed to train your soldiers for PvP battles. In order to train units, each troop needs both time and resources called essence.

When you click on a barrack, you'll be able to view a count of how many you own. You may go into them and stack the number of soldiers you wish to train, and as long as you have the necessary components, it will begin the training process. 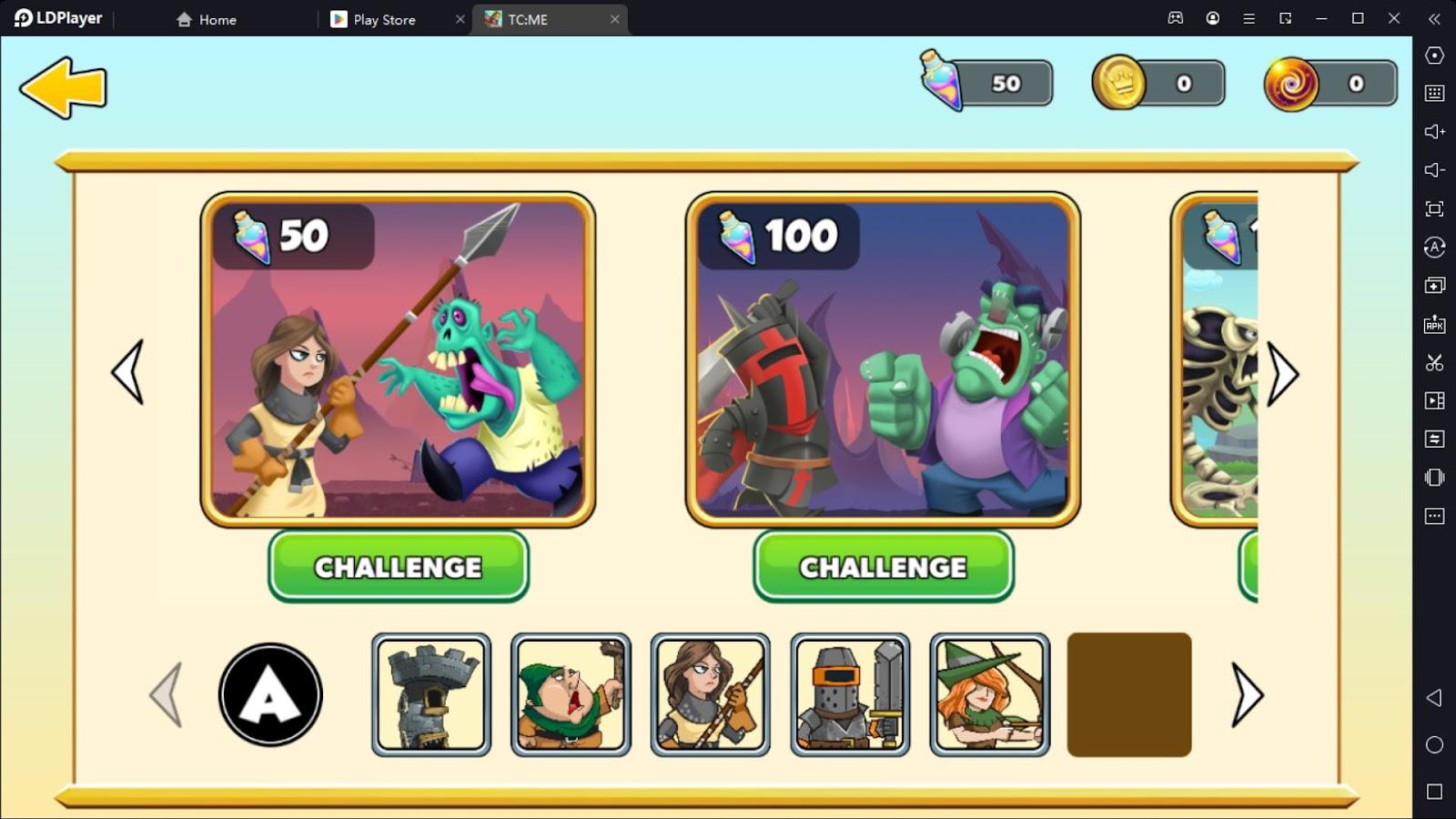 Here, you'll face off against other players, just like in PvP, but you won't get crowns. Instead, you'll bet your essence. If you are able to destroy your opponent's tower, you get twice as much minus a 5%  house cut as a reward. Wager Mode is a risky but highly profitable way of earning the essence you need.

Apart from cards, you also need certain resources to be able to play and advance in Tower Conquest: Metaverse as you battle your way to the top. There are three main currencies in the game; each has its own function and way of earning them. Following are the ways you can get them and their uses. In this guide, we've laid out a few guidelines and explained the fundamentals of the game for you. We've offered some tips and tricks for playing Tower Conquest: Metaverse, and we hope you find them useful. We appreciate you reading this far and want to wish you the best of luck, but it's time to wrap things up. If you want to learn about more P2E games, top blockchain games will be more to your taste. 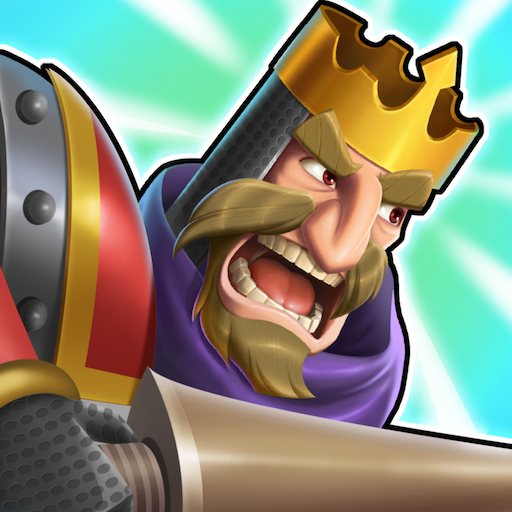