The brand-new and exciting racing video game Race Max Pro - Car Racing allows players to compete in three distinct game modes. Drift racing is, by far, the most interesting of the three options since it challenges both your skill to control the vehicles and your ability to make split-second decisions. There is no ceiling on how well you can perform. Take on and win against your opponents, improve your vehicle, and progress through the levels. Begin by facing up against more powerful bosses. Gain access to additional career classes as well as quicker super vehicles. Not only will you be able to socialize with your friend through the game's clan option, but you will also be able to compete against one another or other clans, finish missions, and collect badges.

Race Max Pro - Car Racing features excellent physics and provides a rich selection of events in addition to its extensive content. If you want to have a simple and easiest way to control your vehicles, play Race Max Pro - Car Racing on PC with LDPlayer 9. With this guide, we will show you the things you should know to crash the leaderboard. So, without further ado, let's start.

What Controllers to Pick in Race Max Pro - Car Racing? Either is fine, but you should never choose motion control because it will be a nightmare to control the car, and you won't be able to turn hard corners without much trouble. Then drifting will be a disaster when you hit every corner of the road, so it's better to use one of the manual control methods to save yourself some trouble.

Your career in Race Max Pro - Car Racing is split into five stages based on the car grades you can buy. Class E cars will be slower than class A cars, and getting a type A car at the beginning of the game will be hard without spending real money. Instead, you should focus on upgrading your current car and climbing through the street series. At the top of the street series, you will be paid a lot of money and be able to buy the fastest cars in the game. You should know that each stage of the Street Series has 20 races. Once you've finished 20 races, you can move on to the next level. If you get stuck because your car isn't fast enough, you should start spending your Fuel on other races like Money Grind.

If you find yourself in a rut, the "Money Grind" option of Race Max Pro: Car Racing gives you the opportunity to earn money and upgrade your vehicle. This Map does not typically shift, but you will have access to three unique events to compete in. Although street racing is the least exciting of the three, it pays far more than the drag and drift competitions. The easiest technique to get rid of surplus gasoline rapidly without letting it go to waste are drag races; they are the fastest way to accomplish this goal. If you have the time, the greatest approach will be to compete in several street races.

In the Career mode of each Map, you'll compete against the boss of the stage to see who wins. The difficulty of these bosses is a step up from that of the normal races. If the Race Max Pro - Car Racing game thinks you don't have enough speed to win the race, it will tell you to change your vehicle. In this mode, beating the bosses lets you get more vehicles, so beating the bosses is the fastest way to get the two different vehicles you need for future competitions. These races are the Race Max Pro - Car Racing version of the street series, but you have to buy a drift car or a drag car to see them. Since you will unlock them in the middle of the stage, you don't need to spend a lot of money on upgrading your drift car to win early matches. Instead, you should use all the money you earn from the drift race to upgrade your street car and focus on beating the bosses to get your first drag car.

The goal of the Drift races is to get the best drift score possible, but the roads are too narrow to let you drift from one spot to the next without stopping. To keep your drifts going, you will need to drift back and forth along straightaways. Its multiplier goes up the longer you can drift, and it goes down slowly when you stop drifting.

However, if you hit a wall, your multiplier goes down to zero immediately, so it's better to slow down if you think you might lose control of the car since that doesn't reset the multiplayer like hitting a wall does. The slow animation that you have to sit through at the beginning of each match in Race Max Pro - Car Racing is the most frustrating thing you have to go through. If you choose to skip it, however, rather than going to a countdown animation, the race will start as soon as you click it.

How to Change the Car to Upgrade?

In contrast to the majority of racing games, Race Max Pro - Car Racing does not require you to go to the garage in order to upgrade your vehicle. It is possible to do so from the lobby, and whichever option is displayed, there will be the one that is updated. Learn to Live With Advertisements

If you wish to go through the game more quickly, you will either need to pay for premium currency or learn to accept the fact that there will be advertisements. This is similar to the majority of other games.

You can obtain extra money, lessen the amount of time it takes to upgrade, and get packs and blueprints that you would otherwise have to pay real money to get if you watch advertisements. Watch the commercials as soon as they are made accessible so you don't miss out on this opportunity. The fuel system was added to Race Max Pro - Car Racing so that there is a good balance between the players. It takes 10 minutes to earn one point of Fuel, which means that the bar fills up about every hour and a half.

You shouldn't let this happen; instead, you should log in to the game at least once every hour and use all of your Fuel on a race that requires the least amount of attention, such as the money grind drag missions. This way, you can save up enough money to buy a new car or upgrade your current one at the end of each day. You will begin the game with a total of one hundred gold at your disposal. As you progress through the game, you will earn exactly these coins whenever you successfully log in to your account. Gold allows you to purchase faster cars in the game, so if you earn any gold, hold it up until you have enough to purchase a car with a rating higher than B. It is a waste of gold to purchase vehicles with a grade lower than B.

Knowing this knowledge we provided here about Race Max Pro - Car Racing will help you play the game more effectively, and as the game is presently in early access, a few more maps and races will be added before the game is launched officially. However, knowing this information will help you play the game. We'd like to thank you for reading this guide and wish you luck in the game. 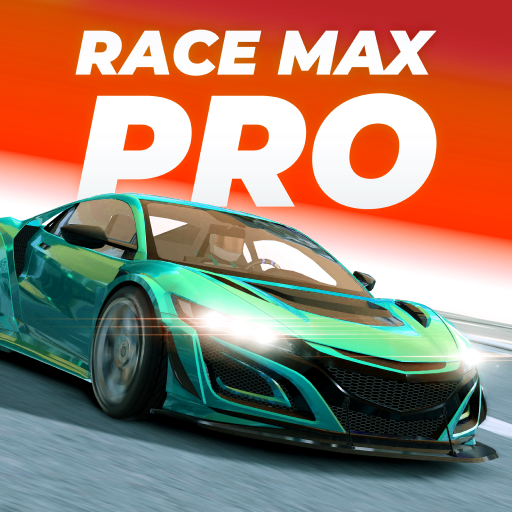