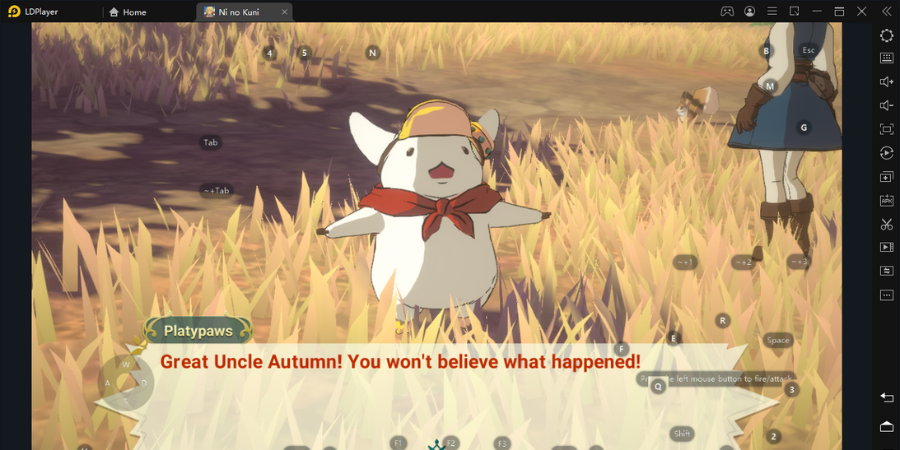 Every familiar you see in this game comes with their own passive skills as well as some unique skills, and they all have an elemental alignment that is specialized for them only. At a single time, players will be given the opportunity to equip three familiars, and that would be the maximum limit. You will see familiars from four, three, and two-star rarities; among them, all the familiars with a 4-star rarity have the lowest appearance in the game.

Hippocampus for the Best familiars Ni no Kuni Cross Worlds

Our first selection for the best familiars in Ni no Kuni Cross Worlds list goes for the Hippocampus, which is based on the water. This familiar will come along with a 17942 combat power; of course, he is a 4-star rarity. Hippocampus can deal with a 1% of additional damage to other water-based familiars within the gameplay. 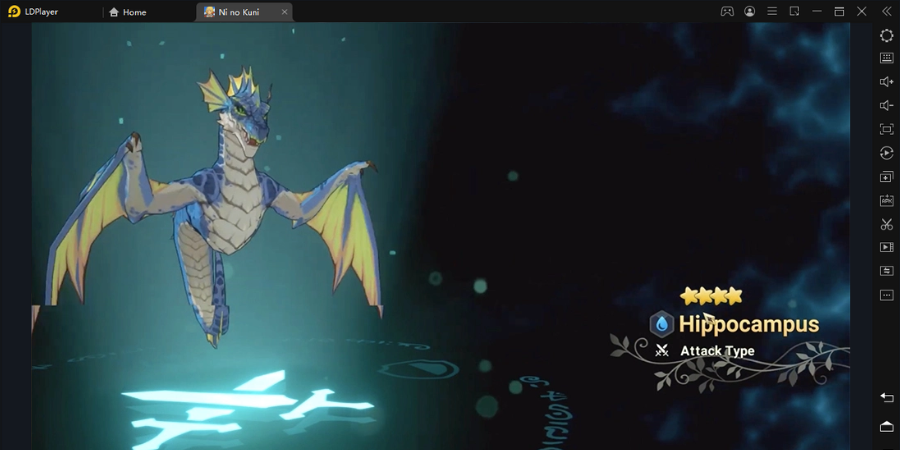 This familiar gets the Waterspout as his primary skill, and it can target his single enemies. Waterspout can damage the targets and make the enemies silenced whenever they get hit with it. There is also this Torrent called secondary active skill, which deals with AOE damage. It can damage all of the enemies, and they will be pulled to the middle of the arena with the AOE effect.

Stagthorn for the Best familiars Ni no Kuni Cross Worlds

And here comes our second pick for this list, and this familiar is based on the earth element. You will get a 17828 combat power with it, and it is also from the 4-star rarity. This familiar will decrease all the elemental damage coming to the earth familiars in the game, and there is an active skill called Divine Protection with this familiar Stagthorn. It can reduce the damage from the enemies and stun them for over 1 second with a 5% chance.

These all will happen while Stagthorn still is doing additional damage from the gameplay. It also has an ability called Nature's Revenge which makes him deal with huge AOE damage for all the enemies. It will be done to all foes within that area, and it will also drag all foes towards Stagthron while damaging them.

For more details about all the familiars, you can check out our Ni no Kuni Cross Worlds tier list. 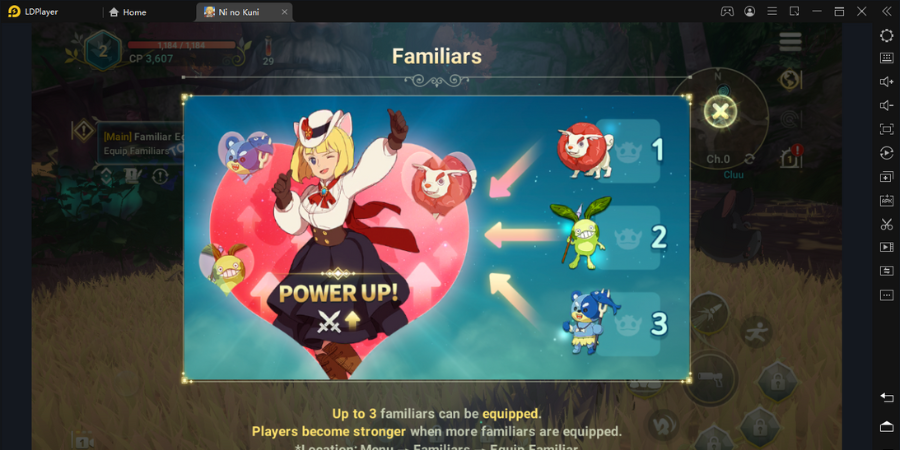 Molten Lion is our third pick for the best familiars Ni no Kuni Cross Worlds list, and it comes from the fire and has a 17828 combat power with it. It became the best because it is a 4-star rarity familiar. The Heart of this familiar can decrease the elemental damage which is coming to players by 1% and will be applied for all of the fire elemental familiars you have. It can also increase the damage whenever the HP ranks below 20%.

The first active skill of Molten Lion is called the Eternal Flame, and it will provide us with an Immortality buff that can last over 2.5 seconds. It also restores the HP by 7.5%. Molten Lion also has this Final Flame which makes him immortal for over 7 seconds, and it will be active whenever his HP reduces to 10% or more. It is an ability that can also raise 50% of basic attacks with a 25% attacking speed. 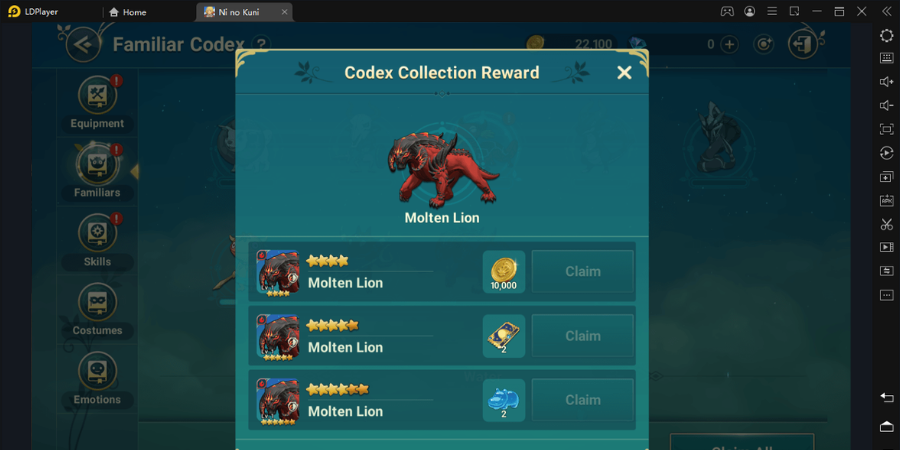 For more damaging skills, use the best free emulator: LDPlayer, for your Ni no Kuni Cross Worlds gameplay with the Keyboard Mapping feature. And that can make you shortcuts to the game and will make you more forward from the game very quickly.

Arachnes for the Best familiars Ni no Kuni Cross Worlds

Arachnes comes as the next pick for our list, and she is a purple-colored bat with two legs. This one belongs to the dark element and has a 17942 combat power to the game with a rarity of four stars. Arachne's passive ability is beneficial to the game as that Heart increases the damage by 3%. The active ability is called the Pierce, and it can also deal huge damage with landing, which equals the 5% of maximum HP on players.

In addition to these, the Shadow Throne active ability comes with Arachnes, and it can target all of the enemies in Ni no Kuni Cross Worlds. This skill will deal with huge damage up to 20% against enemies within the radius of that AOE damage. 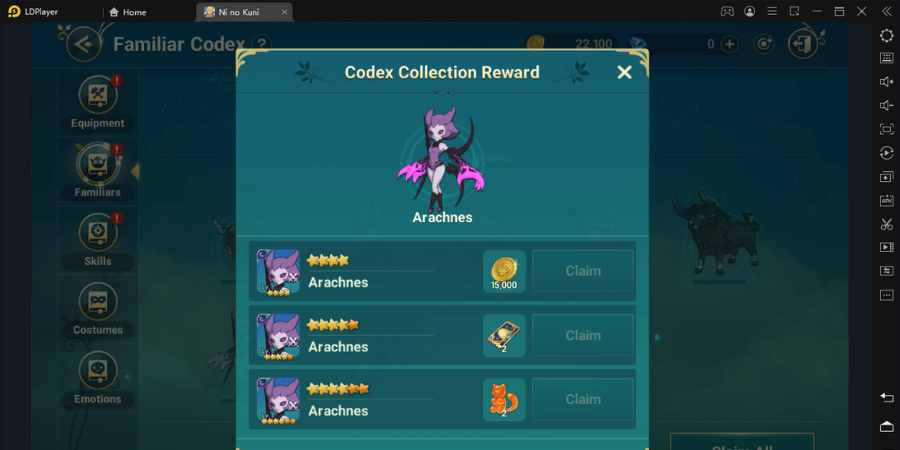 The last pick of our best familiars Ni no Kuni Cross Worlds, comes to the Crab O'Lantern, which has a 17828 amount of combat power as a 4-star rarity familiar. It can increase the critical hit resistance with the Heart, and at the same time, it will decrease all the damage taken. It will be applied to all the light elemental familiars because Crab belongs to the light element.

The Shining Pumpkin is the active skill of Crab O'Lantern, which makes him immune to all the damage for over 1.5 seconds. And this skill will heal the Crab while increasing a 5% of skill damage. The active skill called Golden Pumpkin of Crab will give him a chance to male two enemies to the pumpkin while making it last for over 5 seconds. 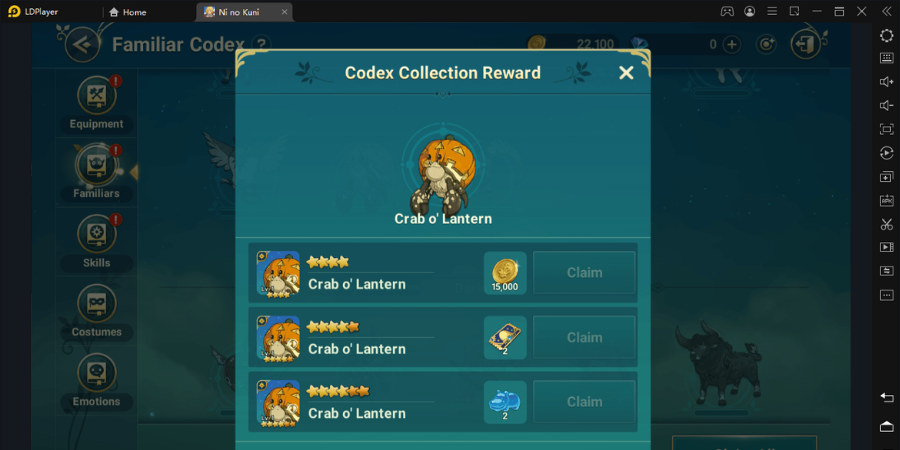 That is the end of our list of best familiars Ni no Kuni Cross Worlds and choosing the best out of them depends on the players. Always try your best to earn a 4-star rarity familiar as they will be super helpful for your gameplay.