Ni no Kuni: Cross Worlds is finally available for the global players, and here we will enter into a new world where we have to dive right with the soul divers. This is the new project released by Netmarble to the world, and we will be able to flow within a virtual world where we later understand that it is not. A huge world is waiting there until we make its exploration, and we will meet a lot of new tasks to be completed as well. So here we are to provide you with Ni no Kuni: Cross Worlds beginner guide to understand how this world will work for you. 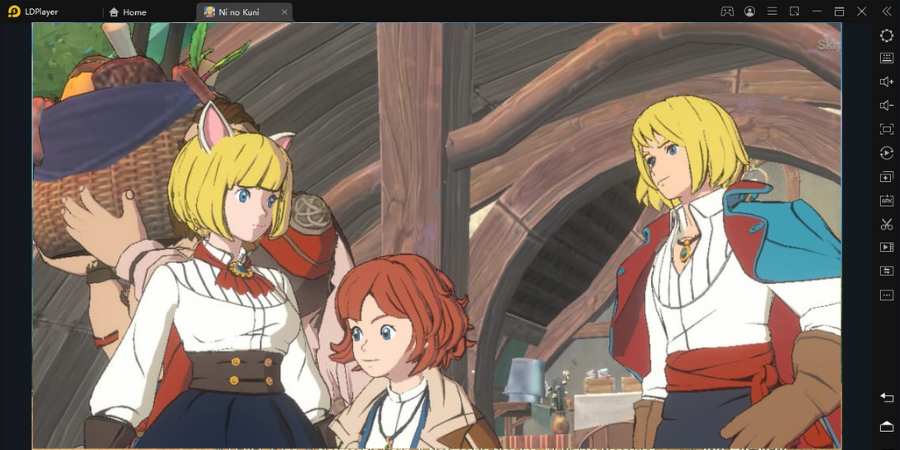 There are so many classes of RPG elements and the most complicated tasks to be accomplished in this game, and the entire gameplay will be unique from other RPG games because we have so many options to choose from. Familiars are there as some of the creatures in the game where we can battle alongside them, and we can also customize our farms in this new world.

Ni no Kuni: Cross Worlds is a game where we have to travel across a huge world by going through so many unique features. Remember that this is not the traditional RPG game that you once played because there are many new features available here to make your gameplay so much unique. So if you have just started this game, things wouldn't be that much easier for a player to proceed, so this Ni no Kuni: Cross Worlds beginner guide is made to give them a basic overview of the game. So let's start the gameplay with the best guidance.

First of all, your game will be started by giving you a chance to select your character. And that can be done with 5 class choices, which can be listed as follows. 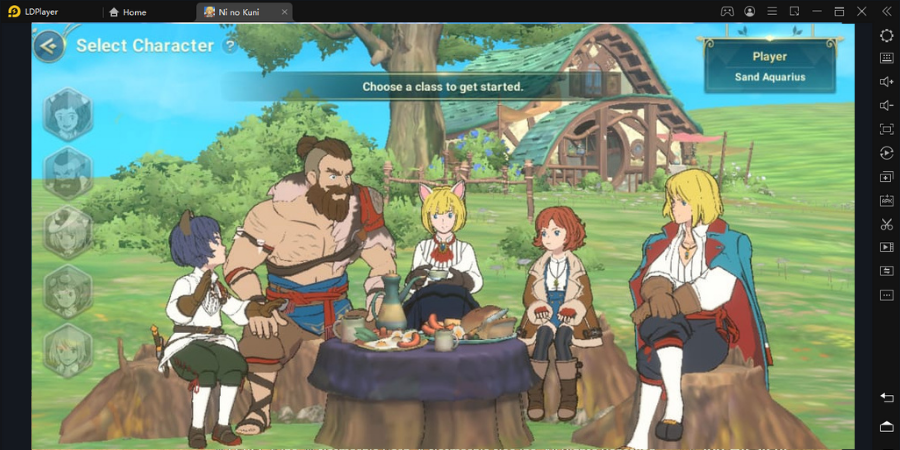 Equipment and Weapon Guide for Ni no Kuni Cross Worlds

There is a major impact coming from the equipment and weapons to make your battles into success. All these weapons are unique for a one-class, while any class can take the equipment. So it is a must to give attention to accessories and armors that your classes can use and if you are only going up with a single class, try to give the main focus to building the weapons. That is because it helps players clear their battles quickly as they have the most attack power.

A star level comes with each piece of equipment in this game, and as a first-time player, you need to be aware of them. So let us take you into some more explanation regarding these star levels from this Ni no Kuni Cross Worlds beginner guide.

Every star level in this game’s equipment will show you their base stats, and it also indicates their growth. These star levels can raise the whole stats you have for the game, and stars can also be raised up to have some more potential from the game. If you want to have most of your game, try to have the equipment which is coming along with 3 to 4 stars because those are ideal for a long time use in the gameplay.

Usually, at the beginning of your gameplay, maximizing the levels from 1 to 2 stars equipment is very easy. Still, we don’t recommend you to give your most materials to them because the more you progress, this equipment will lose its use to the gameplay. There is also available 3-star equipment in the game, which is not that complicated to level up. So we recommend you have them at your mid-game as they can help you succeed in your game easily.

But compared to the four-star and 4-star rare equipment, these 3-star ones will not be great, and those will decrease their use in the gameplay.

On the other hand, weapons come from several elements like dark, fire, light, wood, and water. You can choose an element that works perfectly against your bosses and monsters, and if you use the right element, it helps you to increase your critical hit rate and the damage. No monster nor bosses come along with a null element, and they all have one. So try to choose your element that will be against your boss’s elements.

Some of the most powerful weapons we recommend from this Ni no Kuni Cross Worlds beginner guide will be the chromos series light weapons which have a 4-star grade as they are perfect for PVP and PVE phases of your gameplay. And then it is the Genocide series which comes like a rare 4-star dark weapon. They are the ultimate weapons a PVP player can choose to do their best in the game.

Quests Guide for a Ni no Kuni: Cross Worlds Beginner 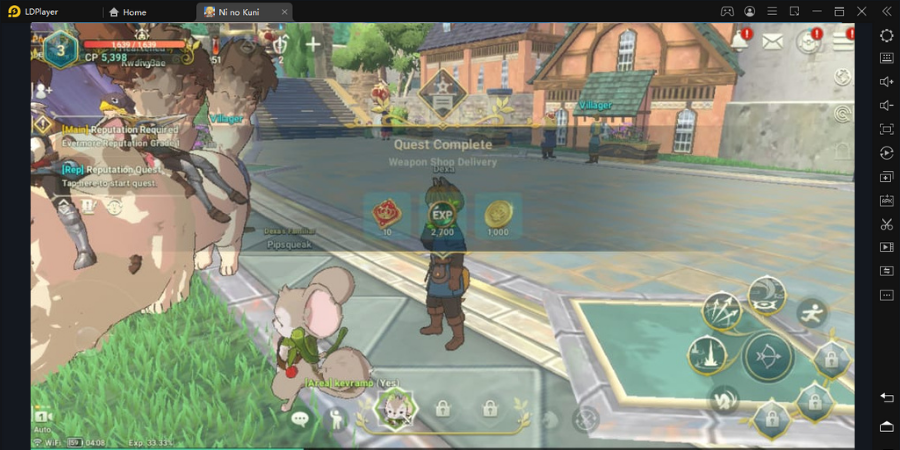 Some of the features in this game, like dungeons, world boss mode, and pets, will be unlocked right after completing specific quests. Some of them are coming along with some special rewards because they will award you with necessary offers to increase the stats. So if you see quests that feature some of these mentioned features, try to unlock them as soon as possible.

We should definitely mention one thing in this Ni no Kuni: Cross Worlds beginner guide that quests give you so many EXPs. EXPs are important for a player to increase their character levels.

There is no need to put heavy effort into completing these quests because Ni no Kuni: Cross Worlds is coming along with an auto quest feature. So even if you are a Ni no Kuni: Cross Worlds beginner, you will easily make it to complete them, and it only needs a tap for the quest. A single tap will make your character automatically move, and eventually, your quests will also be completed.

For more tips to conquer your gameplay into success, check out Ni no Kuni: Cross Worlds Best Tips and Tricks.

The Boss Raids is the next thing that we need to give your attention to from our Ni no Kuni: Cross Worlds beginner guide. These are very interesting, and it has a specific time to operate. For Boss Raids, players can join four times in a one day, and it will operate every day in 4 different timelines as

When it is a Boss Spawn, players will be notified by a single alert every 10 minutes before it happens. You can earn materials, items, special coins, and accessories by engaging in this Boss Raids to defeat bosses.

You can effectively defeat your bosses by engaging with the best android emulator: LDPlayer. It gives you the Keyboard Mapping feature that enables you to create a keyboard that works for your own choice with familiar keys for the movements.

And also, the Keyboard Macro Commands come from the same best emulator: LDPlayer will help you efficiently battle as it can set one key to all those repeating actions. So you will defeat your bosses efficiently and effectively throughout the game.

It is a must to pay attention to the pets in this game as a Ni no Kuni: Cross Worlds beginner. The Pet system allows players to engage with companions, and they can be with you throughout your journey. Every pet you see in Ni no Kuni: Cross Worlds comes with its own skills and rarity levels. Once a pet has the highest rarity, it will have the most improved skills in the game. 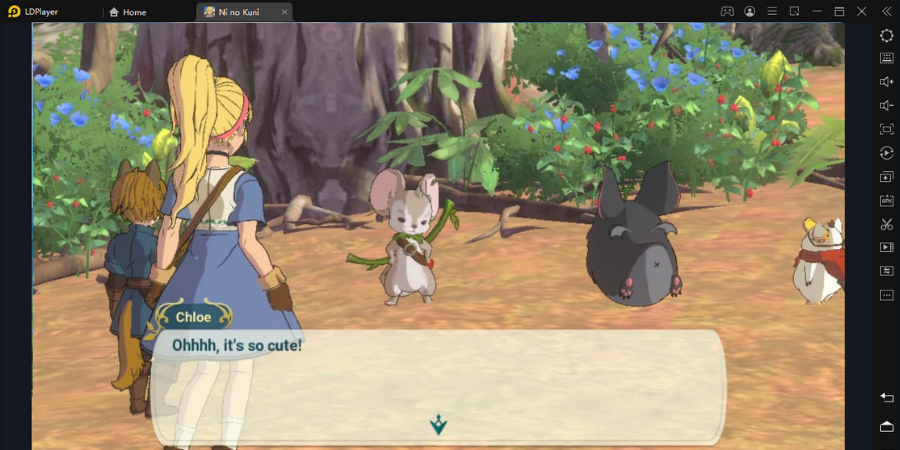 A player can earn their first pet after the completion of the main quest. After that, the second pet can be earned by hatching eggs or from the gacha. If you intend to hatch an egg, you need to have more materials that you can collect from the forest.

Like every other RPG game, Ni no Kuni: Cross Worlds also has its own elemental system, and getting interacted with each other will give you a massive benefit throughout the gameplay. The game's core mechanism is also to make these elements interact. This does not affect your classes, but it can increase the damage-dealing of a character on a massive level. 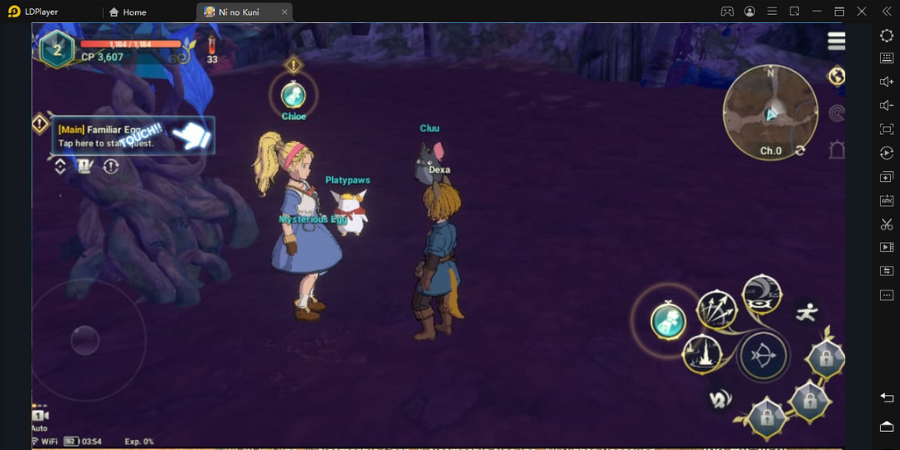 Suppose a player managed to interact with their familiars and weapons according to the elements. In that case, they could make the damage more powerful, and this elemental advantage will act greatly towards a successful defeating of your enemies. Suppose you have familiars and weapons with an elemental advantage, then you can deal with 1.5 times huge damage to your enemies because of the strongest element you hold.

As we said earlier, the elemental interactions will be different from one another, and those can be listed as follows in this Ni no Kuni: Cross Worlds beginner guide.

As the last point to discuss in this Ni no Kuni: Cross Worlds beginner guide, we can discuss the base stats. There are several maps in this game that have their own viewpoints and three pillars for each. If a player is touching one of them, it will increase your baseline forever, and it doesn't matter how low you earn the points. Ni no Kuni: Cross Worlds will always allow any number of points to impact hugely for the game's progress. 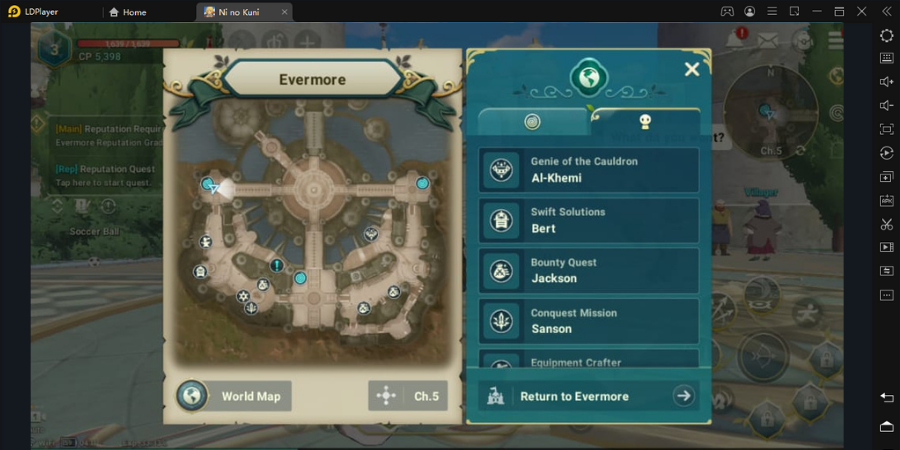 If you don't know the viewpoint type, you can see it from the Adventure Diary, and this system will now support the baffling autobus.

Combat power is the most important thing to mention in Ni no Kuni Cross Worlds beginner guide, as it acts as a major factor in your battles. When you have more combat power, you can do more in the battle with strength.

Combat comes with a combination of all the stats, and it also combines the attack, HP, and defense skills. When talking about combat power, it also comes along with your sources like familiars and equipment. If you want more strength, we suggest you use more combat power and try to raise it up from the game by focusing more on familiars and equipment.

So that is all we have to bring you from a Ni no Kuni: Cross Worlds beginner guide, and use all the information we provided here to enhance your gameplay. You will be able to do a lot better with the right way through these all.