Recently, miHoYo developers have launched a fantastic game named Tears of Themis. This game has features with the Genshin impact and Honkai Impact third. As per developers, this game is unique from all the other games developed by them. It is a detective gacha game where the players have to solve the mysterious issue with the romantic plotline on one side of the story. So, this is a remarkable story with exciting features. This is not a complete action game. In this novel based story, there are many notes about romance and companionship. As this game applies to an extensive range of audiences, this has become one of the most loved games. At the start of the game, you have to get involved with the game's basic strategies. So, today's guide is about the beginner guide tips and tricks of Tears of Themis. Take Tears of Themis for free on LDPlayer and enjoy the winning tips from here. This game will not be complex because this tutorial will provide all the necessary details for you. So, follow this guiding tutorial carefully and understand the essential tips for the game. Game will have several episodes in it. You have to complete one episode to move to the next. Let us find the strategies from the episodes in the X-note.

As this is a game with cutscenes, the players have to make decisions that impact every chapter. There is an innovative mix of questioning and the debating.

Episode one | The hand that feeds

There are readers' convenience and spoilers in the first episode of the main story in the X-note. You have to skip some paragraphs if you do not like spoilers. You have to move the section of the tips and tricks. The main paragraphs are as follows, Tears of Themis |Episode one

The details in here are included with the objects in the room. This will discharge the owner at the restaurant. During the court session, the players must give all the evidence they have collected in different stages. There will be four types of categories on the evidence as follows.

The players have to make sure that they read the complete story. The main stories of the game have presented attractively. They can get many benefits if they give proper attention to the stories. If you skip the plot, you will not solve the issue and face problems in the next episodes. The main story will offer the rewards on behalf of the completion. The players can use the Story mode through the Visit option to get easy rewards.

You can use the S-chips by shifting them to Tears of Themis. It will offer visions also. The refrain from stacking will be good with AP. It will offer extra AP as it generates with the playing. As this is the energy version of the game, you have to collect the resource to get into the levels. You have to wait till the automatic regeneration if you are in and out of AP.

You can pay 20 S-chips to get 60 AP ten times in a day. There will be no matter from the time, and you can also use it to unlock the events. It is recommended to get more AP by giving S-chips as you can complete the missions well.

You have to collect all the free rewards without forgetting. There are different types of players. The rewards of Server Lunch will be available at the Mailbox. You are encouraged to get the ten Tears of Themis and 200 S-chips without any hesitation. With the reach of the milestone of 500,000 pre-registration members, the players can get extra rewards.

From some events where the players can get daily rewards. This will support the players to move further in the game. There will be Quests and Rookie tasks to earn extra rewards to redeem rewards like S-chips, and it will be beneficial.

Character Guide of Tears of Themis can be viewed from here. The players have to press the magnifying glass to get more clues. When looking at these cases, you have to collect evidence from different places. There will be a magnifying glass on the top of the screen, and players can get clues about the critical details about the locations. When you try to complete the stages quickly, you have to find more evidence manually rather than depending on this.

Mechanics of the debate

The debates are a basic item in Tears of Themis. Throughout the game, there are many incidents that the players have to deal with debates. They have to defeat the opponents. During the combat scenes, you have to debunk the arguments of your opponent. It will reduce the HP level. When it reduces up to zero, you will become the champion of the debate. Your character will suffer from the damages in every turn in a passive way, and it depends on the opponent's argument.

When your HP level becomes zero, the opponent will win the debate, and you will face runout of the turns. It would help if you had counters for your statements to explode the arguments from the opponent's side. They will represent in your deck. The cards will go corresponding to any four companions that you meet in your path.

There is a specific subject for each card, unique stats and skills. That will show the primary function of the combat. The three types of cards represent follow.

During the initial stages of the game, all the cards have two main attributes. That is the influence and defence. It will decide the attack value of the cards to a targeted argument from the opponents. All the cards will start with one skill, and they will come to the maximum level with the game. To get the full potentials of the cards, you have to evolve all the cards while levelling them up.

The players have to grab the right type of card to damage the arguments at debates. There will be different arguments like the card types, and you will see three cards in three colours of red, blue and green. It will determine the strength of the idea. The players have to remember the blue counters are in red and the red counters are in green. The green counters will be in blue.

All the players have to obtain at least one card from three colours. It will help to keep the deck in a balanced way. Different cards with the waves of the debates

The players have to take types of cards according to the debates' wave. There will be opponents who come towards you with three points in the first wave of the discussion. So, the best way for players is to use relatively weak cards in the first round. On this, you are capable of using Rand SR cards. The strongest card is SSR. You can use it effectively during challenging waves. In such waves, there will be the opponent who has one point to come to you.

Level up the weaker cards

Do not mistreat the weaker cards of R when you get SSR and SR cards. You have to level up your more invalid cards. When you face relatively weak opponents, you can use the weaker cards which have not maximum out of the fullest potentials. The cards can acquire experience by taking part in different debates of R and SR. they may be required for other events in the future.

To upgrade the card skills, the players hold back from upgrading R cards and from the beginning and sequence, upgrading the skills of the strongest cards like SR and SSR cards. The suggested way is to upgrade the skills which will enhance the damage rather than the defensive abilities. They can boost the damage skills through the cards of higher rarity become stronger.

You have to give more attention to the offensive skills as it helps the players finish the debate quickly. You go further and look for the trouble. 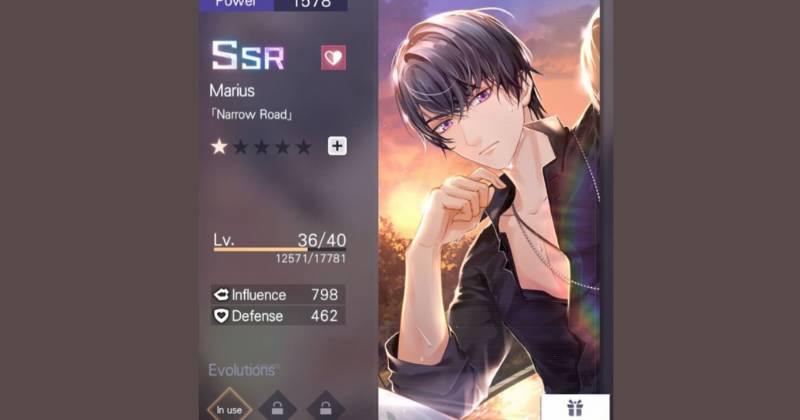 Whenever necessary, the idea of questioning will display on the screen. You can get the preliminary information by asking the correct questions, and it will be the basis of your case. Sometimes, they will not directly link to the point, but those details may be helpful in future. After the completion of this, you can press the icon of the end and finish it.

When you are playing the game; Tear of Themis as a beginner, you have to defend your clients. For that, you have to gather the necessary clues and blow the case wide open. You are responsible for asking the correct question and going deeper about the game. So, as a beginner player of this novel based game, Tears of Themis, you can use the mentioned tips and tricks in the relevant scene to get the maximum benefit.