Tears of Themis is shining with four handsome males with their backstories, and its gacha system for the detective scenes is making it more and more interesting towards the players. Mihoyo has managed to surprise the worldwide players from this wonderful piece with detective novels, friendship, and romance. We can identify this game as a departure from the usual titles of Mihoyo, and this carries a diversified title for the appealing of its audience. 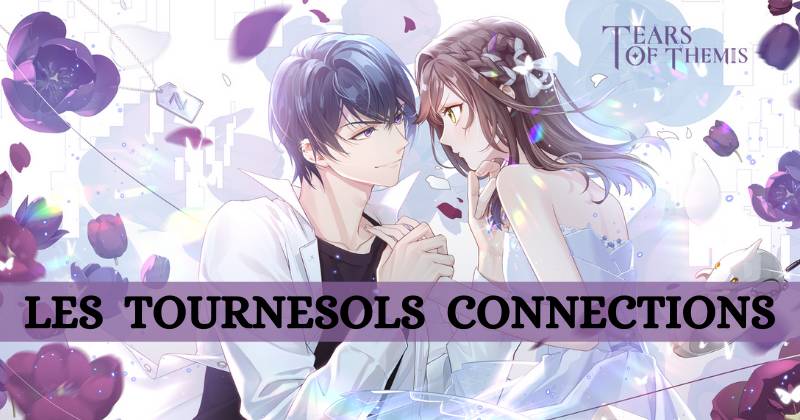 Tears of Themis presents more cut scenes that lead players to make decisions, and each of their taken decisions affects the chapters. The gameplay of this novel game carries through the player decisions throughout the game, and there are innovative debates we can see to run with the gameplay. Characters are debating for the progress, and the game’s system thematically contributes towards the gameplay.

So here we bring you up with a new chapter. Bypassing through all the chapter stories, this comes to the 4th chapter called Les Tournesols. The name refers to the sunflowers, and here you are inspecting some painting from the Vincent Van. So what things remain to solve, and which pieces of evidence and queries will guide to solve the mystery in the 4th chapter. Let’s discuss from now on. Download Tears of Themis on PC and go through the guide we present to you as follows. The 4th chapter is identified as the Les Tournesols, and here players are inspecting some paintings by Vincent Gogh. As the chapter name refers, these paintings feature sunflowers, and there is detective work carrying on this. So you have to take a detective path on discovering the true faith of this van Kernel. There is a Marius Von Hagen to give a helpful hand on you if you get enough luck for it.

Here we see the sunflowers and the balconies with Van Gogh. These are strange combinations that have been lead to the murder of the Van Kernel. Van is a famous dealer of arts who has some health issues. We don’t know the exact motives behind this murder or how these things happen to lead to his death. And we still don’t know the protagonists on the sunflowers within Les Tournesols.

In this game, Marius Von Hagen is identified as one protagonist, and Artem Wing here plays a crucial role in the mystery. You may be distracted by the appearance and the characteristics of these two boys. More details for the boys can find out from our character analysis guide. But you need to find the connections and reaching for a solution in this case. After you have met up with Lawrence, you, along with Marius, believe that Johnny is the highly suspect for this mystery case. There are reasons to say so. The first is that there is a Cyanide that has a reappearing in the game. There are people out there who know about the visit as well.

There is a clear suspect that Johnny is to be Bob’s son. There are coincidences to prove that, like the personal information on Bobby. Birthday of him is indicating the proof of Johnny being the son of this Bob.

And also, there is a Twin scene with a case of baby theft. Sometimes Bob may have received the results on the paternity tests, and he may have contacted Johnny. Because there are medical ointment of Johnny and the reason for resigning him leads to these findings.

There is a doubt about the original plan of the murder of Johnny. Sometimes he may be planned to murder by rum. These are making doubts against Johnny. Murder plan I may be to use the tool shack on the first floor. You need to inquire on this matter.

There are hints on the password, and they have already been hidden from sunflowers. The reason is there are many sunflowers, and there is also a completion date. 4th inquiry has to be done according to it.

There is a weird thing that makes out the curiosity about Johnny. In here, Johnny with Callus is going back home. This is a suspecting thing, so we need to have a deep inquiry regarding the matter.

This chapter happens on the 4th to 17th levels of Tears of Themis, and it will introduce the people of Lawrence Myers with Stellis onto Ven Kerrel’s social case. Before all of these, you will have to find more about Johnny Bailey, who has been the caretaker of the Van Kernel. Players have to investigate this mansion where the murder has been taken place.

The Prime suspect of the case is Lawrence Myers because his tie was found at the murder house. This tie shows the signs used for the murder. Ven Kerrel is suffered from depression, and he already had the instinct of suicide. So the plot on this case has already been thickened.

When you go deep into this murder mystery, you will end up exposing the true culprit of the murder. So it needs the sold pieces of evidence that you have to present at the trial. And those are used to refute the claims in front of the Prosecutor. Following is the proof that you will end up revealing in the game. It seems like Mr. Bailer was in the Stellis at the night where the crime happened. Evidence that proves this matter is the travel history of HSR.

The first evidence you will find out on the game is that Mr. Gomez and Mr. Bailey are identical twins. Evidence that will prove this point will be the test report of paternity.

Mr. Bailey has been already injured himself with the strangling of Mr. Kerrel. Evidence that proves this incident will be the Medical Spray record from the hotel.

After there is a return happened to the Stellis, Mr. Bailey has already made out a way for the study of Mr. Kerrel. Evidence that shows this point will be the dried petals.

How can you make it prove that Van has let Johnny willingly kill his own self on his guilt? The evidence will be the incident report of Ven Kernel.

In here, Johnny feels trapped, and he will be entering into a debate with you. But he will lose it at the end, and he will be fell off to the ground. And now Johnny becomes the prime suspect, and the guild he has is making him suffer until Johnny realizes that he may kill an innocent man sometimes.

In Tears of Themis, Chapter 4 carries a lot of plots than the other chapters, and here, murder has been involved with paintings and relatives. So go through the shreds of evidence from the best way we guided and find out the real culprit by having the proper investigations. This evidence and inquiries will lead you to the right way to reveal the murder.