Ragnarok Origin is one of the most sought-after titles and has a variety of new and unique traits provided to all players with a new class system. In Ragnarok Origin, you will be starting as a normal Adventure class rather than having the option to select their starter class. This is a very different concept compared to other games in the genre. Also, once you reach a certain level, i.e., 10, they can choose which class to shift into and then move forward into a different but more specialized selection later.

Some aspects of the game, such as the class system, might get too overwhelming for new players. Hence a guide will be very handy to know what is happening in the game. Here we will talk about the game in general and the crucial aspects that need to be kept in mind for effective progression.

Significance of story and quests

It is a role-playing game; hence having a story is natural for these games. Ragnarok Origin has a very small but exciting back story. This story gives you a short but detailed insight into the game ahead of you, which also helps you choose your first character.

The story does not stop at the start but continues throughout the game. You will be a part of the story and a part of a huge MMO community. Yes, it is also an MMO game and an RPG, which is exciting. Quests play a very integral part in these games because receiving rewards is directly linked to completing quests. You can receive various types of rewards which are helpful in quick progression in the game. Importance of class systems and which one is the best?

A role-playing game generally has a variety of character modules that can be used under different circumstances. Here you get a class system with various characters' unique abilities and traits. Every character is used under a specific situation based on their expertise. The types of classes are as follows:

As the name suggests, an Archer or a Hunter is a long-range attacker. You can deal damage to the enemy from long distances. An archer comes in handy when you have an attacker in front with close-range abilities. Archers are bad at close range and will lose in hand-to-hand combat. They can only be used as bonus damage dealers from a long-range.

Also known as an Assassin is mainly known for stealth kills. If you want to approach the enemy unnoticed, a thief will be the precise character. A thief is also great in hand-to-hand damage-dealing plus; as a bonus, they have high agility compared to other classes with a significant amount of evasiveness. Also, this class can poison the enemy.

Also known as a Blacksmith is useful when it comes to trading in the game. This class will mainly aid you in generating in-game revenue. In-game money is very important when it comes to buying stuff from the shop and also upgrades. So having a Merchant is quite helpful from a long-term progression perspective.

A Mage or Wizard is from the magic class. The mage attacks are magic blasts dealing average amounts of damage. They also have multiple elemental damage abilities such as fire, water, thunder, etc. This makes the mage very versatile, but the damage that a mage deal is very low; hence is not very much reliable in battles and crowd control.

They are the healing class wherein other team members will be healed with the help of an Acolyte or a Priest. Apart from healing, they are not very helpful in offense due to their lack of damage and power. They also have very good power-up capabilities alongside farming abilities, which are very helpful while progressing in the game.

So to understand these classes better, you need to experience the game first hand. There are many aspects of the game that can be understood only by playing and classes are one. Selecting the appropriate class is essential as you will use it in-game for progression. 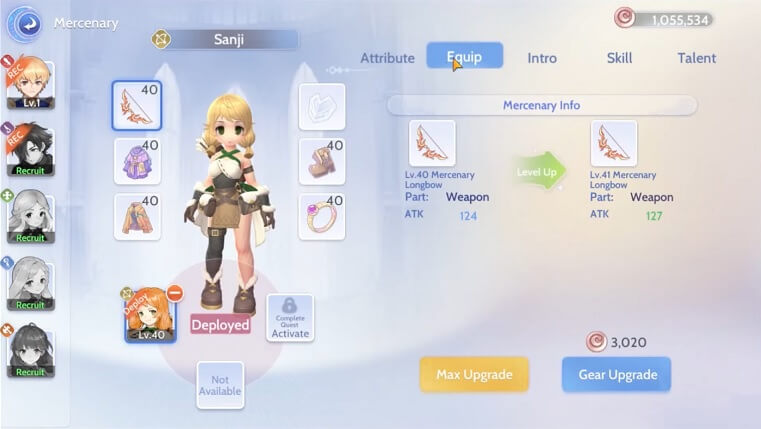 Ragnarok Origin is one of the most refined role-playing games with excellent gameplay aesthetics. Remember to select your class effectively as it is very important from a quick progression point of view. Also, knowing the in-game items that can be used is very helpful. Generally, all role-playing games have a strategy element, and Ragnarok Origins is no different; hence brainstorming plans and strategies becomes mandatory.

So we hope this guide has helped players learn about the basics of the game and how to play the game effectively.