Noah's Heart Beginner's Guide - How to Have the Best Play

Welcome, lovely gamers, new and old. We have once again gathered under the same Noah's Heart beginner's guide to learn some pro tips to ace the game. But before that, let us get a brief insight into Noah's Heart so that it will be helpful to our gamers who have had their first steps into the gaming world. Noah's Heart, a name that has taken the gaming world by fire, is an MMORPG game created by Archosaur, the same company that created Dragon Raja. The player will not remember anything about the world of Noah's Heart and will be getting help from characters within the game to continue the beautiful journey. And only this can be provided for now; you would need to discover the rest of the game on your own. Now that we are familiar with the game, let us move on to the Noah's Heart beginner's guide that is going to aid you when you play the game in the near future.

Character Customization will be the first Noah's Heart beginner's guide tip we are going to look into, as this will be the first feature you will come across as soon as you start the game, similar to other MMORPG games.

As an ideal MMORPG game, the player is provided with many features to choose from, and the customization process is supple. The player can change their character's hair color, hairstyle, brows, lips, eye color, height, and the list goes on. Take your time when Customizing your character so that yours will be distinctive, and the other reason is once you pass this Customization phase, there is no going back. Therefore, make sure that your character is slaying all the new looks. 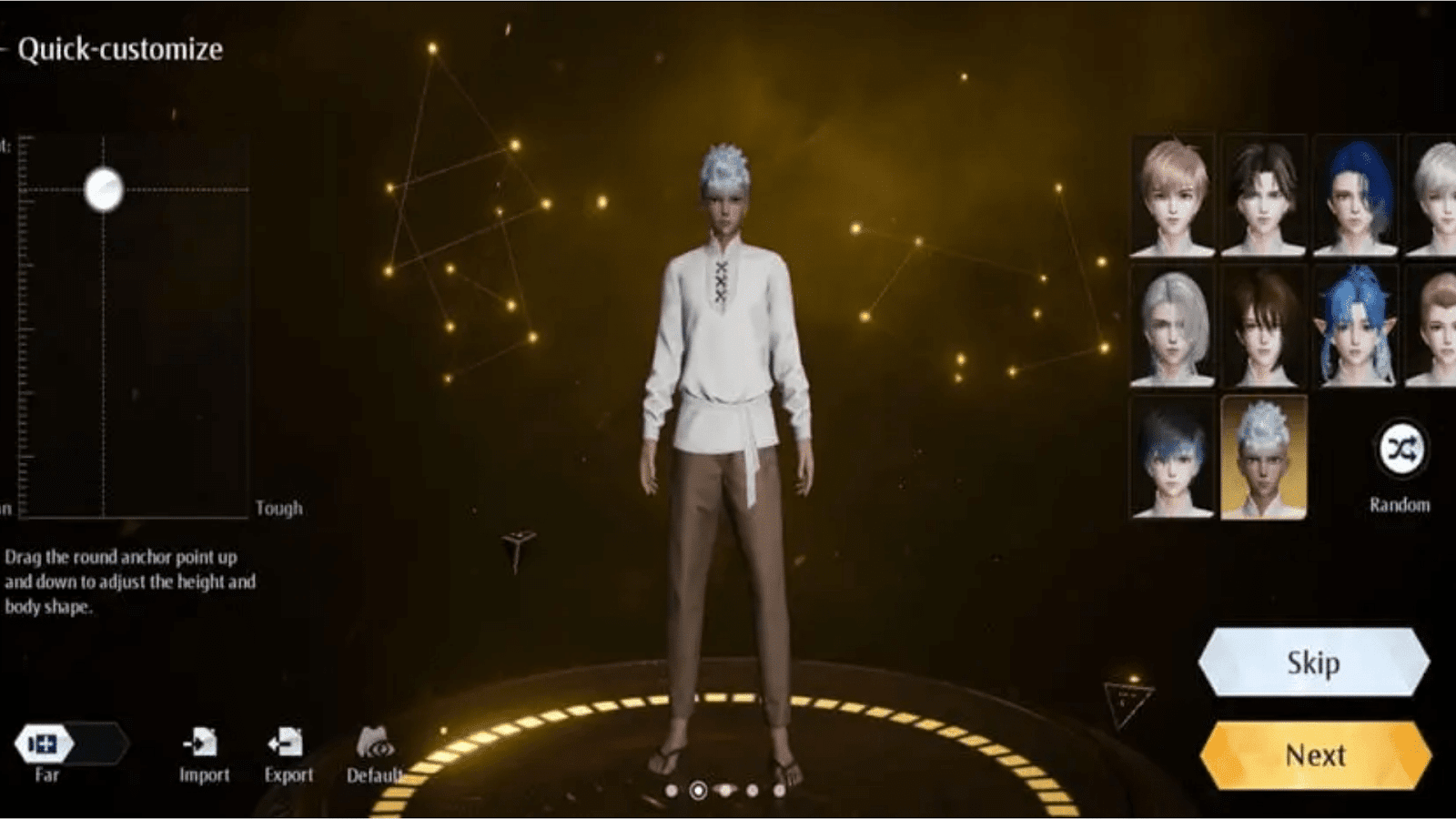 The second Noah's Heart beginner's guide tip would be its two game modes. Each stage you enter, there will be a story waiting for you. The initial stage the player has to get through is the selection of the game modes. There are two game modes available for players: Action-Adventure and Role-playing. Action Adventure is all about going straight for the head and simply no drama. The player has to catch the enemies and murder them, simple and easy.

In contrast to Action-Adventure, Role Playing has an entire movie going on. Choosing Roleplaying mode will lead you to meet Shirley and Ave, the two girls who are going to help you throughout the game. Shirley and Ave are really important characters in the game as they will be taking you to Fairy Town, aiding you to win battles, and they will be the first to present you with the first of many Noah's Heart narratives.

These two characters will take you through many stories where you will have the pleasure of meeting new characters who will also aid you in the game. So there's nothing you would need to fret about in the Role Playing mode as Ave and Shirley will aid from a new feature to winning battles. The moment you pass the Character Customization phase, you will meet the Weapon selection phase. The Weapon Selection is extremely important throughout the game as it will play a significant role in your combat style. But you don't have to panic or worry if you've gone wrong in choosing the correct weapon, for you will always have the option of going back and changing your initially chosen weapon.

Also, choosing your weapons according to your opponents is important as well. Down below, we will provide a short and sweet weapons summary so that you will have a brief idea of which weapon to choose. There are four weapons the player can choose from, and they are as such: Now that we are perfectly done with the Character Customization and the Weapons, now it's time to move on to the next crucial Noah's Heart beginner's guide, the Combat Style. The first combat you will experience is the tutorial combat, and the combat segment is quite vital as this will give you a heads up on what and how the battle moves will be like. Noah's Heart combat style is not only about attacking and defending but also about dodging and fast-paced movements.

Your quick moves, evading and attacking, along with the weapons combination, will bring your opponents down and try to master the combat style in this game as it will be an enormous game-changer for you. On a side note, this game has no Autoplay, so you would need to control everything manually, so good luck!.

A set of distinctive on-screen controls will emerge whenever you are in a critical battle condition. Since Noah's Heart does not contain any classes, the player would need to know, depending on their monster murdering skill and the weapons they would be currently yielding. As mentioned earlier, the game has no Auto battle mode, so the player has to take care of the fights manually, and you will find controls including right-hand skills, attack buttons, dash moves, and left-hand movement skills. How to Efficiently Battle in Noah's Heart?

This can be done using two methods from the best android emulator: LDPlayer. The first one is that you can decide to put some unique keyboard movements for your gameplay. This means that you will have shortcuts for your game, and moving throughout the gameplay stages will no longer be challenging. So you need to take Noah's Heart onto your PC using this best emulator: LDPlayer. To have shortcuts, you need to utilize its Keyboard Mapping feature.

The second method to battle effectively is using the Keyboard Macro Commands. This one comes from the same emulator, and you are free to set one control ( a key) to all the repeating actions. So you can save energy for an efficient battle in this game more than dealing with numerous repeating movements. And if we summarize, using the best emulator: LDPlayer, is also one of the best tips in this Noah's Heart beginner's guide.

Next up in our Noah's Heart beginner's guide, we have the Phantom System to learn about. The Phantom System is a feature that allows your player to possess a broad diversity of characters, thus adding up to the limited time you spend with your main character. 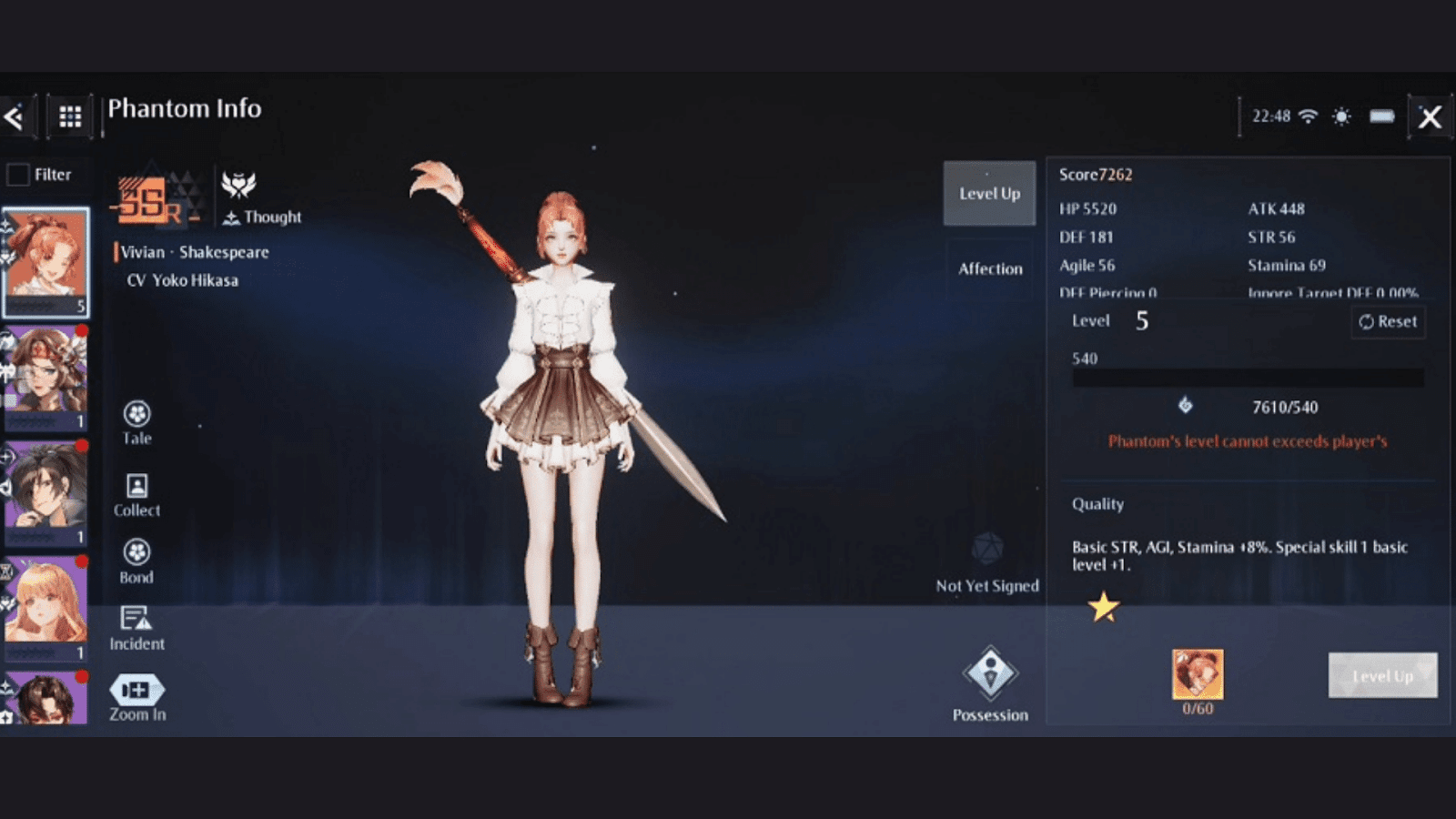 The Phantom physical abilities will be a great advantage when battling in the Dungeons. Still, in the overworld, you will only be able to equip them to gain their skills and buffs, so they will not be present physically in the overworld. These Phantom possessions will let you gain the upper hand in the game as through Phantom possession and their unique abilities and skills; you will be able to take down many enemies and gain steady progress in the game.

Noah's Heart is not all about fighting and conquering your enemies all the time. It's a world full of adventure where the player can explore many other things apart from the usual battlegrounds and weapons. The player can engage in activities like fishing, photography, crafting, hunting, and other side activities. You can reach this super chill mode in the game as you slowly progress through it.

The more you progress through the game, the more chances you will be able to meet other players, and you may never know; you might make a friend or two. The player can do as they please in the game, to a certain point where they are allowed to almost forget about the game.