Mobile Legends Advanced Server has just been updated to version 1.5.70 and we have the complete patch notes for your reading pleasure. Moonton releases most of their updates on the Advanced Server first before the main primary server in order to make sure there aren’t game-breaking glitches or changes in the game. So, you can expect this update and everything about it to be coming on the main server soon as well. An integral part of the patch this time is the changes and adjustments made to heroes. Particular heroes have been revamped while most have been buffed or nerfed slightly. Here are all the heroes that have been changed:

Most developers have observed that most rely on their 1st skill. The hero will have a slight nerf on her 1st skill in order to force players to start using her entire kit at every point.

She now has reduced bas damage and increased Magic power bonus on her first skill with a reduced Base Shield and increase Magic Power Bonus. Her Ultimate’s Damage AoE has been decreased from 5 to 4 with the max duration increasing from 10 to 12 seconds.

His first skill range has been slightly widened with a reduced stun duration as well. 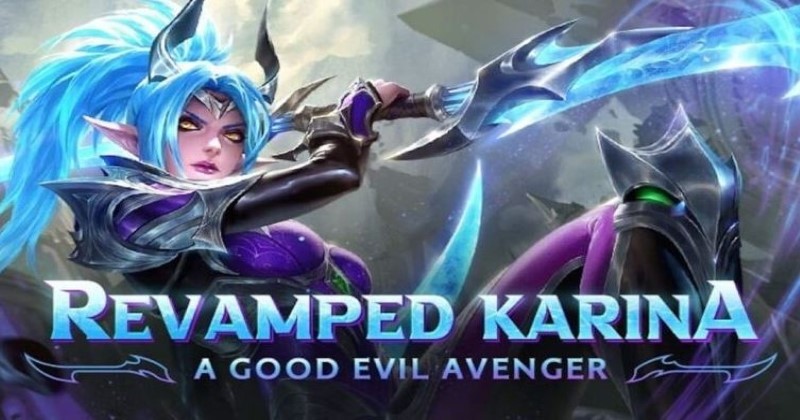 Karina’s skills have been slightly nerfed to stop her from snowballing to an extreme amount. Now, she needs to focus on either being mobile or just one-shot her enemies.

Her first skill’s charge distance has been slightly reduced with her dealing reduced damage for the second proc of her ultimate.

If you want to test out Karina’s skills yourself, you can download Mobile: Legends Bang Bang on pc for free.

The developers have slightly adjusted Argus to make him feel much more natural and feel less pristine against other players. His Base Physical Attack and Physical Attack growth have also been reduced by quite a huge margin.

Here are all the changes made to his passive: The hero has been changed quite a bit and has been made much more flexible. The developers have also nerfed his passive quite a bit to give enemies a higher chance to win against him in the lane.

Gloo is a new hero introduced to the game. The developers want to make some final adjustments to the hero before they are officially introduced. Currently, only the Ultimate has been changed. His damage interval after splitting has been decreased from 0.4 to 0.33 second with his Max HP gained after attached being reduced to 30-35%.

If you still haven’t already, take a look at some tips and tricks for Mobile Legends to get better at the game.

Casual Beatrix players have noted that her early game performs quite poorly if she does not come off to a good start. So, the developers are making some changes to make sure she evens out.

Yve has been changed quite a bit. However, most of her changes can be considered aesthetic changes than anything. However, her gameplay has also been made much smoother. Here’s everything you need to know:

Besides hero adjustments, various UI and gameplay changes as a whole have also been made to the game. Each of these changes will be present once the actual patch comes out in a few days. Plus, here are essential tips you need to know about how you can play Mobile Legends Bang Bang on PC.

Slight changes have been made to the Draft Selection Mode to better suit the competitive game mode.

Some new prompts have been added to help with the overall accessibility of the game: Some slight adjustments have been made to the lobby’s UI

Pesky bugs can be quite annoying to play against. Thankfully, most critical errors have been fixed in this update: LDPlayer is perhaps the best Android Emulator out there. It supports almost every game out there with dedicated support for more popular games like Mobile Legends. After the latest update, you are going to need all the advantages you can get. Thankfully, you can completely customize your keymapping on LDPlayer for Mobile Legends Bang Bang.

By using the Keyboard Remapping feature, you instantly gain a competitive advantage over other players as you are able to cast your spells in a much more efficient manner emulating exactly how you would play the game on the PC.

Mobile Legends Advanced Server Patch 1.5.70 is an amazing update and will be released globally on all primary servers soon. Understanding the meta before it has been released helps you get better at the game especially once the new patch comes out. This new patch aims to resolve a lot of the issues players had when it comes to balance in the game.