How to Download War of the Visions: FFBE on PC

Step 2: Search and download War of the Visions: FFBE from Google Play 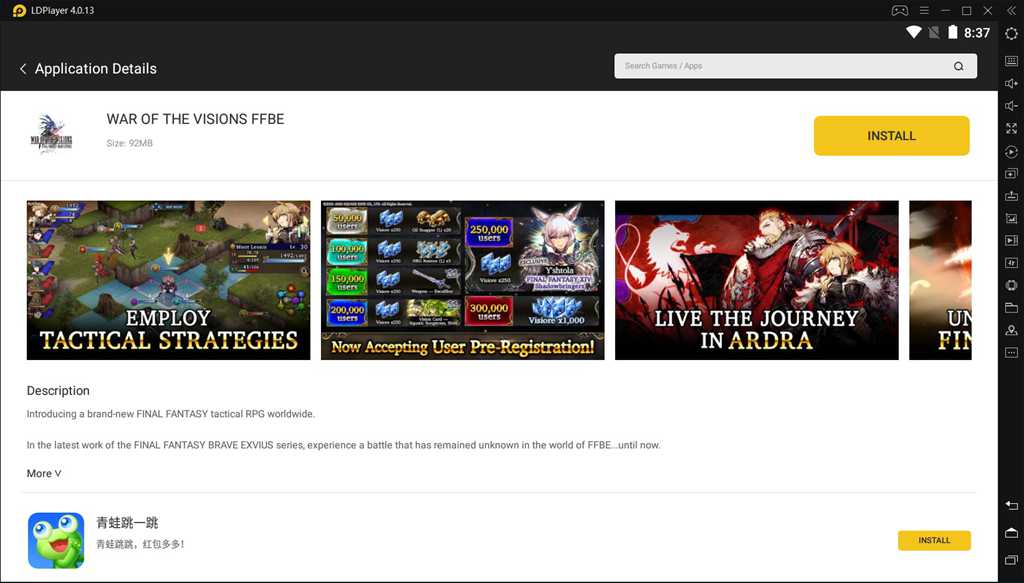 Step 3: Install War of the Visions: FFBE on your emulator 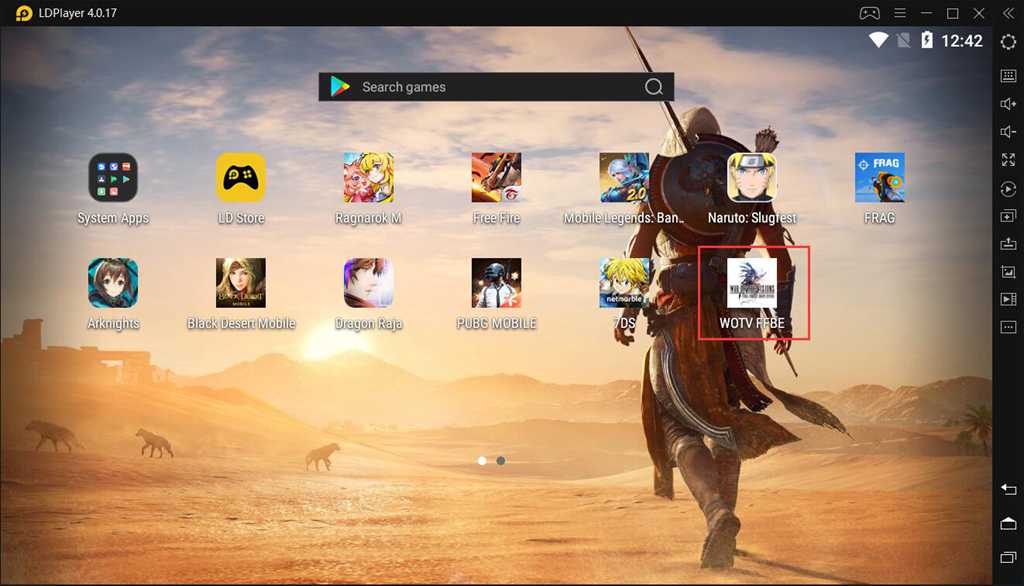 Step 4: Enjoy playing War of the Visions: FFBE on PC with LDPlayer 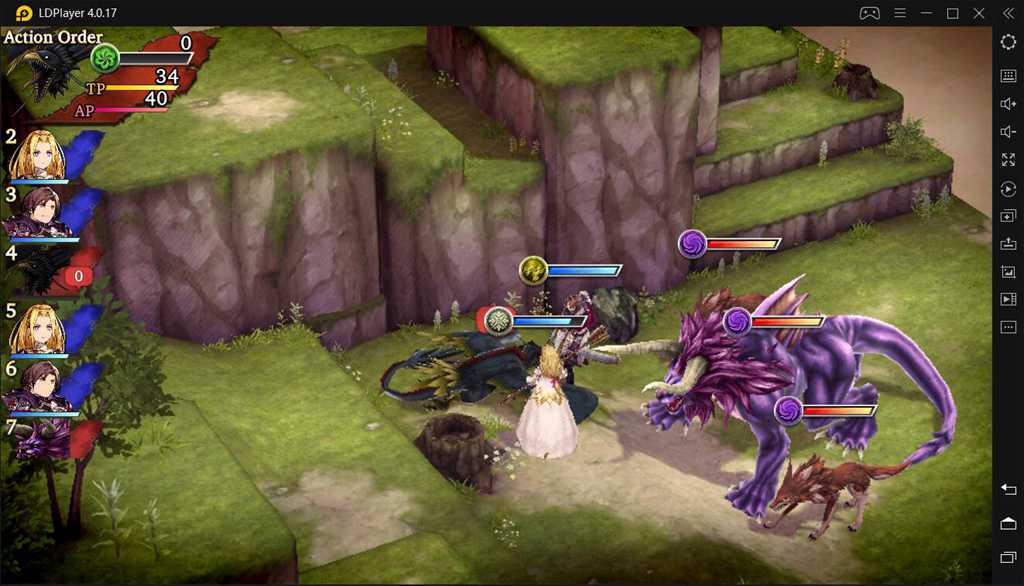 War of the Visions: FFBE is a tactical role-playing game. It was launched in Japan with a user registration drive for Android on June 6, 2019, and was released November 14, 2019. A separate global campaign began February 20, 2020, with the game projected to release March 25.

How to Use Keyboard to Control War of the Visions: FFBE PC

By using LDPlayer Android emulator, now you can use your mouse and keyboard to operate your War of the Visions: FFBE gameplay. After you enter the gameplay of War of the Visions: FFBE, you can go to the tool bar and enable keyboard mapping settings. You will see a panel with several icons that command different actions. You just drag the one you need to the exact input position and assign a key for that command.

Maxing out the Performance for War of the Visions: FFBE

Most CPUs come with the Virtualization Technology(VT) and this technology can enable your CPU to act as if you have several independent computers. It’s designed to enable several operating systems to run at the same time on the same machine. That’s how LDPlayer Android emulator operates on your computer. By enabling VT, you can boost the performance of LDPlayer and War of the Visions: FFBE.

Gameplay Tips of War of the Visions: FFBE on PC

Gacha is a typical mechanic of Japanese game. Originally, Gacha is a kind of vending machines that yield small capsules with a toy inside, similar to Kinder Surprise Toys. When you put a token in the machine, you’ve no way of knowing which item you’ll get. A large part of the appeal is opening the package and seeing what’s inside. War of the Visions: FFBE is based on Gacha mechanic.

At the beginning of the game, you will have free 10 Gacha Roll during your starting tutorial. The rates for the 10 Gacha Rolls are at 2% for UR, High chance for SSR and firm chances for SR and R. Well, if you are unlucky enough, you can even strike a 10 Roll without SSR. To make sure you can get the unit you like, you can register dozens of accounts and handle them at the same time with the help of LDMultiplayer.

FFBE has characteristic 2D graphics, which gives the game a special flavor. Different from FFBE, War of the Visions: FFBE is based on 3D graphics. Many gamers commented that 3D graphics significantly boost their gaming. When playing with 2D characters, they could not recognize the characters from time to time because of the shift of perspective. 3D characters solve this embarrassment for good. There are lots of characters in the game. Every character has its own special skills. The key to win is to get the right character and build a balanced team. We would like to recommend some most effective characters for you to choose from.

The strongest Physical Damage Dealer is STERNE LEONIS. He holds the highest damage in the game while still able to use troops and ninjas for different attacks. He can be utilized to set up a lot of different team compositions.

The strongest Magic Damage Dealer is MEDIANA. She can use rare pure magic with AP expenditures. She is the first that can use Limit Break skill to deal with an Area of Effect Damage.

The best support character for us would be Engelbert, He has his own shield that helps in reducing damage.

The strongest healer is Ayaka. She can not only revive your characters, she can also do an Area of Effect Heal for teammates. She also has a Limit Break Healing and defensive buff. Common Issues More guides for FFBE WAR OF THE VISIONS