Taking a short break from the exciting and amazingly held Anniversary and Summer events, Fate/Grand Order is once again rerunning one of their most famous events up to date - The Ooku Rerun. In addition to this, they are also celebrating their 18 million downloads with a special campaign, promising wonderful rewards such as Apples, Saint Quartz and an amazing banner to go with the celebration.

In this guide, we will go through tips and tricks players need to know to go through the Ooku Rerun Event, showing players the rewards they can get from the 18 million DL campaign, and help players decide whether or not they should roll on the 3 specially available banners during this period, featuring 3 limited time available Servants - Qin Shi Huang, Kiara and Kama. With a brand new upgrade in its 9.0 form, LDPlayer now allows players to enjoy the most amazing and optimal gaming experience on their simulator platform. 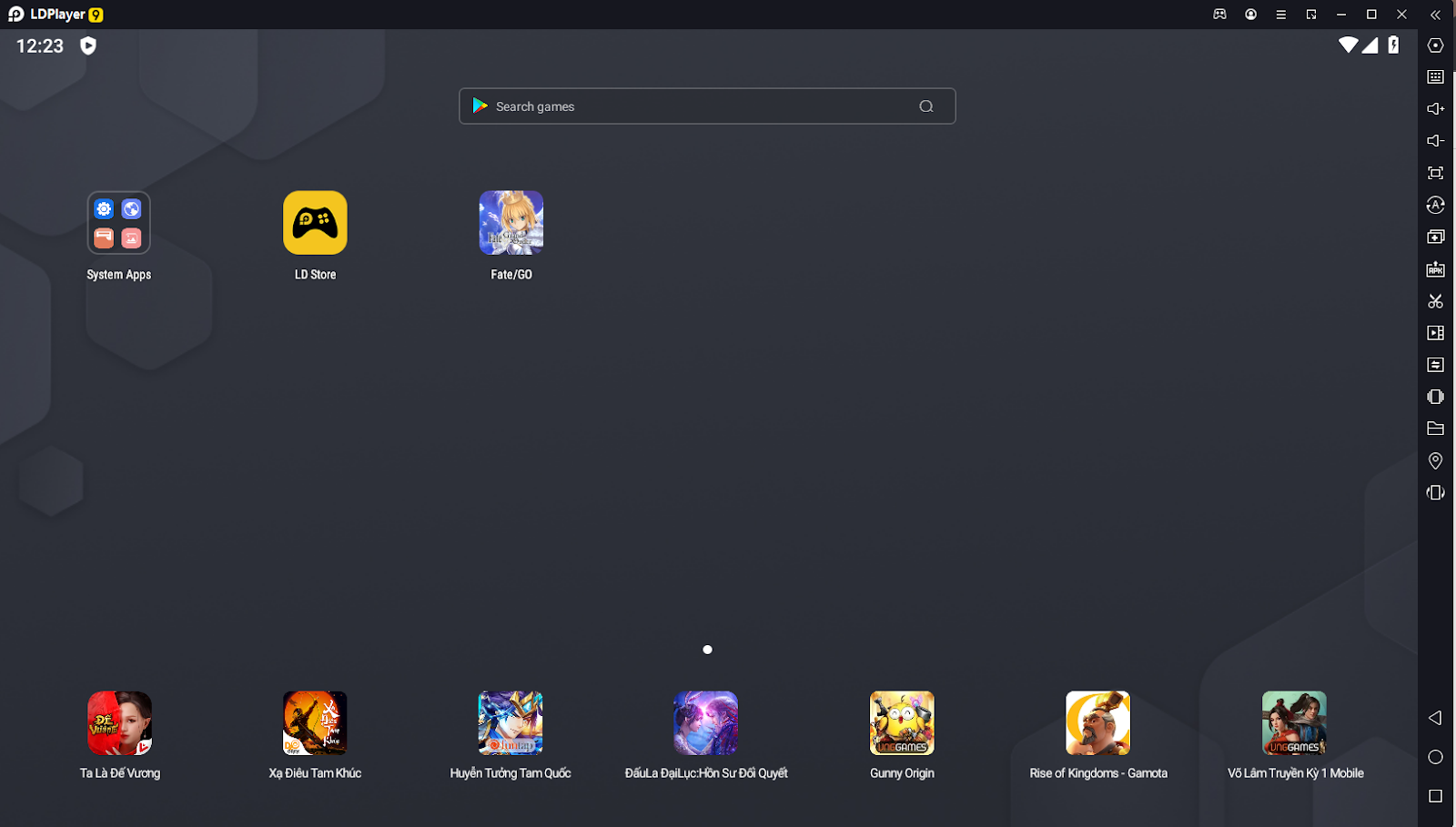 With high FPS and Graphics quality adjustment options in addition to button mapping function, Fate/Grand Order players, old and new players alike will experience a wonderful 120 FPS gameplay in addition to being able to clear stages by simply pushing keyboard buttons, allowing for an extremely fast and comfortable gaming experience.

The infinite labyrinth Ooku event rerun is one of Fate/Grand Order most famous events in its history. However, the event itself is also infamous for its confusing mechanics and tedious gameplay, therefore, we will go over some tips and tricks you can use to clear the event quickly

The Ooku Event requires all players to have cleared Lostbelt 3 - SIN in order to be able to participate in the event, therefore, it is not exactly a newbie friendly event for the most part.

The event consists of 7 different floors, each with different types of labyrinth and rooms that need to be lit using the lantern given to you. Go through all 7 floors and you will be able to go through and finish the event story and obtain all of the rewards.

In addition, you will be able to farm free quests and exchange currencies in the shop for EXPs, character upgrade materials and event exclusive CEs.

- Clear all of the rooms in each floor - This is an important thing that many players ignore or forget to do. As you will see later on in the event, certain special rooms that held special event specific items are hidden in every corner of the labyrinth on every floor, so be sure to clear all rooms of every floor in order to quickly finish the event.

- Use the Event CE for more damage - The Event CE is available in the shop and by clearing the free quests for currencies, you can exchange for the Event CE. The Event CE increases the damage of the servant by 100% (200% at max limit break) making the event way more manageable even for newer players with less servant. 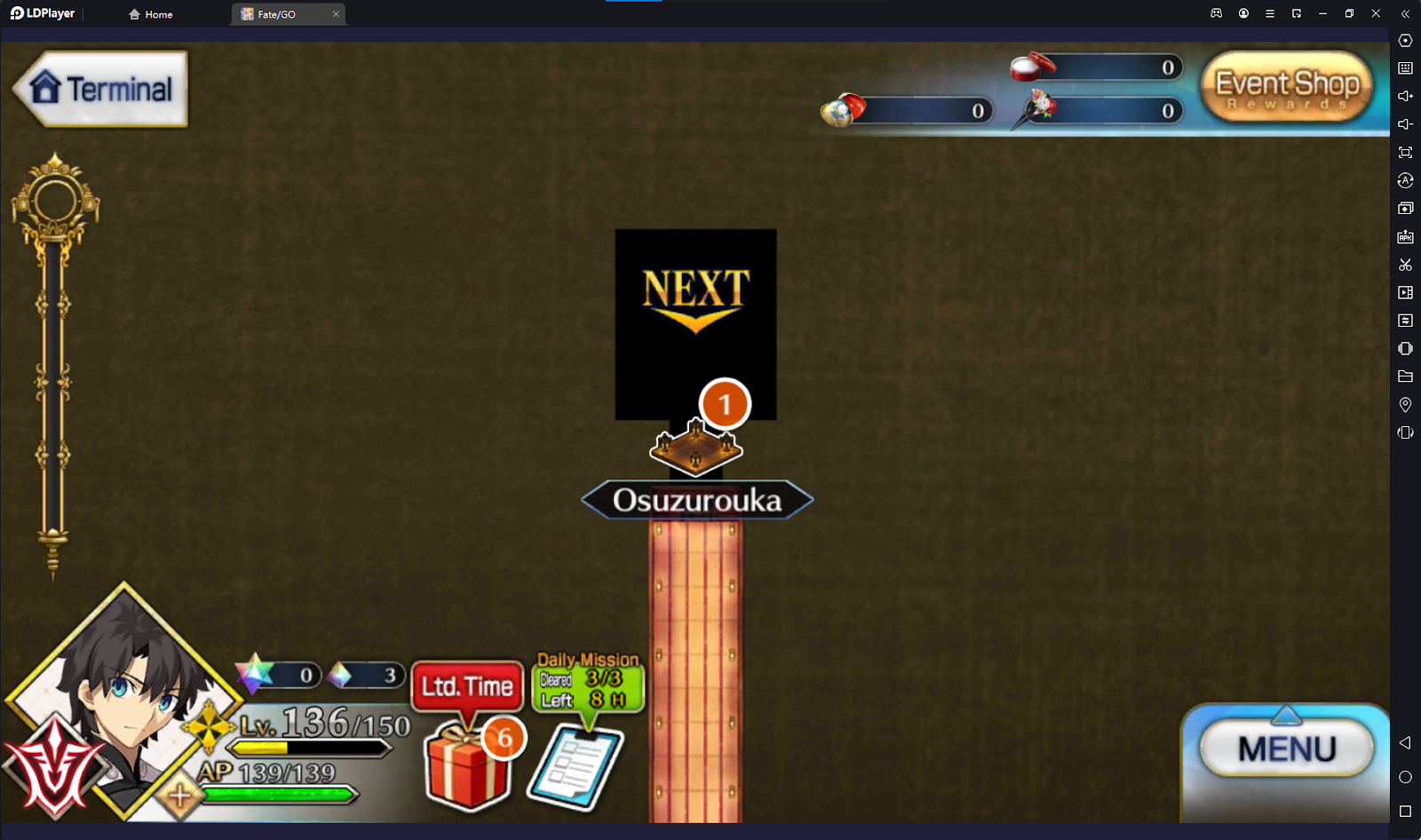 - Pay Attention to the Ooku Gauge - The Ooku Gauge is a mechanic that is specifically available for this event and players should pay utmost attention to this gauge. The most optimal option when it comes to this gauge is that you need to keep it as low as possible, otherwise, a very difficult challenge will await you at the end of the Story.

In addition to the Ooku Event Rerun, the 18 Million Downloads Campaign is also being held for all Fate/Grand Order players with log-in campaigns and a specially available limited banner featuring Qin Shi Huang

During the celebratory period, for all players that have cleared Fuyuki, by logging in, you will be rewarded with the following rewards:

These rewards require you to login everyday for 7 days straight, so do pay attention and login daily.

Special Limited Banners - Should You Roll

This time, there are a total of 2 limited timed banners available during the event period, 1 for the Ooku Rerun Event featuring Kama and Kiara on rotations, the other featuring Qin Shi Huang for the 18 Million Download Campaign. 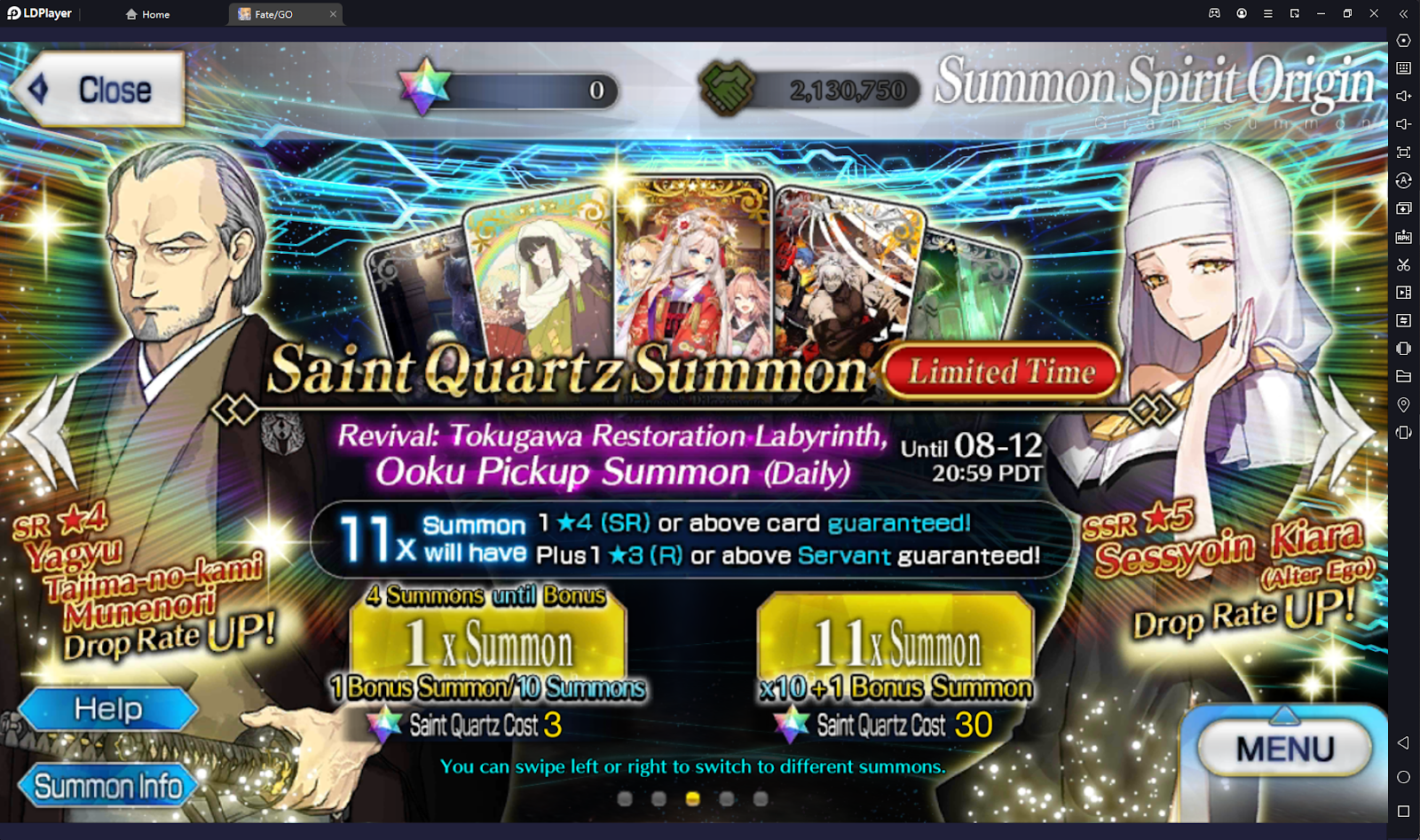 One of the first ever Alter Ego to be added into the game and a rare Arts AOE Extra class servant, Kiara’s normal form is an immensely powerful Arts looper that is capable of farming difficult waves of enemies with minimum efforts

Her entire kit revolves around applying massive amounts of debuffs on the enemies, while buffing herself with both offensive and defensive buffs, making her extremely powerful for all game contents from Farming to Challenge Quests.

Coupled with the Double Castoria System and her new buff that grants her a self-battery skill and she has become one of the top tier farmers in the game, on par with her Summer Version.

A Single Target Quick Assassin, Kama is an extremely rare case of a limited servant as she is, as of writing in the NA server, the only servant in the game capable of dealing class advantaged damage to the Alter Ego Class.

Her skill set is extremely versatile with the ability to self atk and quick buff in addition to guts, helping her both deal massive amounts of single target damage with her NP and survive enemies’ fire.

Her strength also lies in the fact that her skill changes her class advantage so that she is effective against Alter Egos, the perfect counter to this class and an amazing boss killer overall 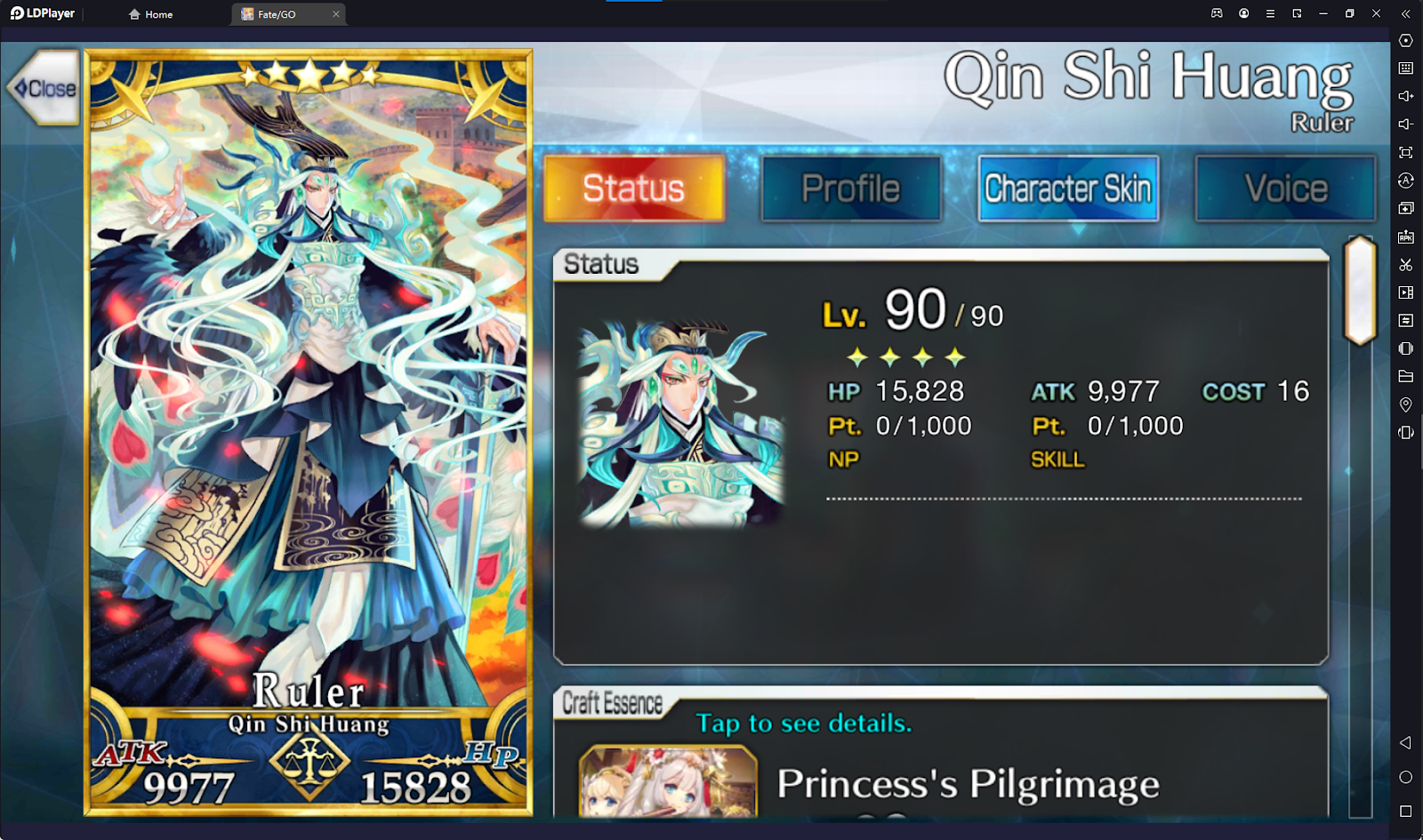 The ruler of the Chinese Lostbelt and is an immensely powerful solo servant, Emperor Qin Shi Huang is capable of dealing massive amounts of crit damage all the while staying on the field and stalling the enemy to death.

One the most famous solo servants in the game, Qin Shi Huang with his Ruler class and survival kit make it so that he is extremely difficult to kill when facing a boss.

His kit also emphasizes on crits and his ability to crit, making him deal massive amounts of crit damage all the while the enemy can’t do anything to him.

Yes, you should absolutely pull. Since Fate/Grand Order Anniversary and Summer Events have ended, there are less desirable banners right now in the game to pull for. So if you have saint quarts to spare after the brutal anniversary and are in dire need of an extremely powerful farmer or 2 amazing boss killing servants, then these banners are a must pull for you.

Otherwise, save your saint quartz for the future as other banners are coming up that, while not as good as these banners, still feature newly introduced limited time characters that you might want to roll for.