With the upcoming release of a brand new story chapter, Fate/Grand Order is holding a special pre-release campaign for Lostbelt 5.5 "Naraka Mandala, Heian-kyo - Thunderous Flash" and the return of some of the game’s most anticipated servants - the 5* Berserker Sakata Kintoki, the 5* Berserker Minamoto-no-Raikou, the 4* Assassin Danzo and the 4* Berserker Oni Ibaraki Douji.

In this guide, we will go over the details of the pre-release campaign for Fate/Grand Order’s brand new main story chapter - Lostbelt 5.5 "Naraka Mandala, Heian-kyo - Thunderous Flash" and show players how they can best take advantage of this pre-release campaign. In addition, we will go over and debate whether players should roll for the Pre-release celebration banner featuring the 2 5* Berserkers - Sakata Kintoki and Minamoto no Raikou. 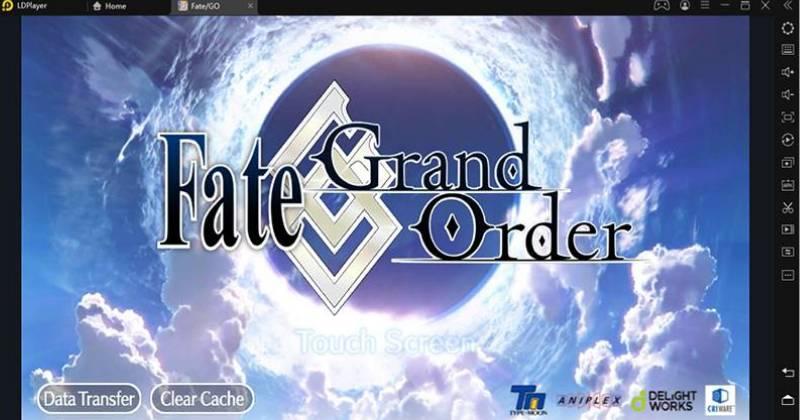 To celebrate the upcoming release of Lostbelt 5.5 "Naraka Mandala, Heian-kyo - Thunderous Flash", Fate/Grand Order will be holding several celebration campaigns from the 9th of November to the 16th of November, players should take advantage of this special campaign to strengthen their team in order to prepare for this new story chapter.

Lostbelt 5.5 "Naraka Mandala, Heian-kyo - Thunderous Flash" is expected to be released in late November of 2022, presumably during the last week of November, meaning players will have a total of 2 weeks in preparation for the coming of this story chapter to clear the requirements necessary to access this new story chapter.

The main requirement to access Lostbelt 5.5 "Naraka Mandala, Heian-kyo - Thunderous Flash" is for all players to have cleared Lostbelt 5.2 - Interstellar Mountainous City, Olympus - The Day to Bring Down Gods. This chapter of the story is quite difficult to clear and the requirement is equally strict for clearing, therefore players should absolutely strengthen their team roster and upgrade their servants beforehand in order to prepare for the story chapter.

In addition, thanks to the celebration campaign of the previous event, all story chapters are currently 1/4 AP off, meaning players won’t have to spend too much AP to clear the main story quests to reach the story requirements.

During the event campaign period, setting certain servants as support for other players or borrowing specific support servants from other players will reward both players with bonus friend points that can be used to roll on the Friendpoint Gacha.

Furthermore, players who have yet to clear the previous story chapters can follow more veteran players and borrow their support list, helping with their own progress and rewarding the following players with more friend points.

During the pre-release campaign for Lostbelt 5.5 "Naraka Mandala, Heian-kyo - Thunderous Flash", 3 servants will receive special strengthening quests that boost their combat prowess, allowing players who have them to be able to further use them effectively in the brand new main story chapter.

These buffs help these servants become more useful in the long term, allowing players to have more options to use in combat against the special enemies in Lostbelt 5.5 "Naraka Mandala, Heian-kyo - Thunderous Flash".

Special Pre-release Banner - Should You Pull

Alongside the celebration campaign for the pre-release of Lostbelt 5.5 "Naraka Mandala, Heian-kyo - Thunderous Flash" is the special Pre-release Rate up banners, featuring the 2 5* berserkers - Sakata Kintoki and Minamoto no Raikou.

Sakata Kintoki is a 5* Berserker that specializes in instant Noble Phantasm in the first turn do deal massive damage and instant kill bosses. Sakata Kintoki’s 1st skill boosts his buster performance by a whopping 50% and grants him a NP damage up buff, helping to improve his damage potential. In addition, Kintoki’s 3rd skill instantly boosts his NP gauge by 50%, allowing him to instantly use his NP on the first turn, helping him to kill bosses using the Black Grail CE instantly.

Minamoto no Raikou is a 5* Berserker that deals massive amounts of Buster damage to waves of enemies and deals extra damage to enemies with “demonic” traits. Minamoto no Raikou’s kit revolves around buffing her critical and Noble Phantasm damage against Demonic trait enemies and clear waves of enemies in her way.

No, You shouldn’t. While Sakata Kintoki and Minamoto no Raikou are good servants with amazing damage potentials, the upcoming servants are more powerful and fulfill players’ need for boss killing and farming. Therefore, players should skip this banner unless the 2 rated up servants are their favorite servants.