Epic Seven is a 2D RPG game that has got the hearts of millions of game lovers throughout the whole world. One reason for this is the frequent updates of the game. Parallel to those updates, there are exciting types of characters where players are required to advent the world. Due to all those reasons, the game can stay in the hearts of the players for a long time. 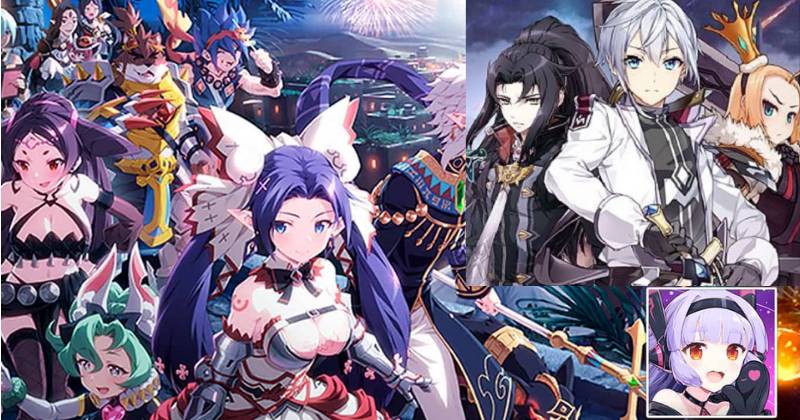 As we discussed above, Epic Seven is introducing several character updates and events from time to time. Now, we will detail one such exciting event. The name of this event is Straze celebration seven, and there will be a drop rate up for the character of Lidica and Sword of judgment. Let us explore all the details of Straze celebration seven and the drop rate of Lidica and Sword of judgment. First yow download Epic Seven on PC and then we will get into the details as follows.

Now the players have a great opportunity to meet Straze in the second episode again as a playable heroic character in Epic Seven.  The players will enjoy this seven-day check-in event with the launch of the five-star hero Straze. This check-in event will start on the 8th of July after the required system maintenance. End date of this event will be 29th of July until it is 02.59 am (UTC).

You have to enter the game daily during the mentioned period. You will be entitled to obtain the rewards only if you participate in the game daily. At the same time, there is an extra advantage of logging into the event consecutively. Through that, you can obtain an additional amount of rewards. So, do not forget this amazing opportunity. When you participate in the game regularly, you can obtain the following rewards. They designed to offer a daily basis. So, do not miss this opportunity. You can collect many valuable rewards which will be very useful in the game. The list of rewards are as follows,

When you are playing a new event, you have to give more attention to the special notes. Through that, you can avoid mistakes that you will make by unknown and maximize your gaming opportunities. In this event, you should give attention to these points,

Drop Rate Up of Sword of Judgement & Lidica

In this event on drop up, you all can see the Fire Elemental Ranger named Lidica. She is a character who is guaranteed to reduce the combat readiness of enemies on the battlefield. It will expose the enemies to reduce their debuff rates.

Apart from that, the players have the opportunity to get the exclusive type of artifact as Ranger. The name of this is the Sword of judgement. Using the Sword, the players can help wearer it to attack again by using the basic skills to a wide area using a single attack. The drop rate up event of Lidica and Sword of judgement will start on the 8th of July after the game maintenance. It will finish on 15-07-2021 at 02.59 am (UTC). You will meet the five-star hero LIdica and the five-star artifact named Sword of judgment in this event. In the event, both of these will have a high summon rate.

During the event, every summons will reduce the summon counter by one. The maximum amount of summons is 120. But, sometimes, the players can't get the features hero once they complete all the 120 summons. On that occasion, they are 100% guaranteed to summon the featured hero in the next summon. If you got the featured hero, then the counter of summoning will reset. 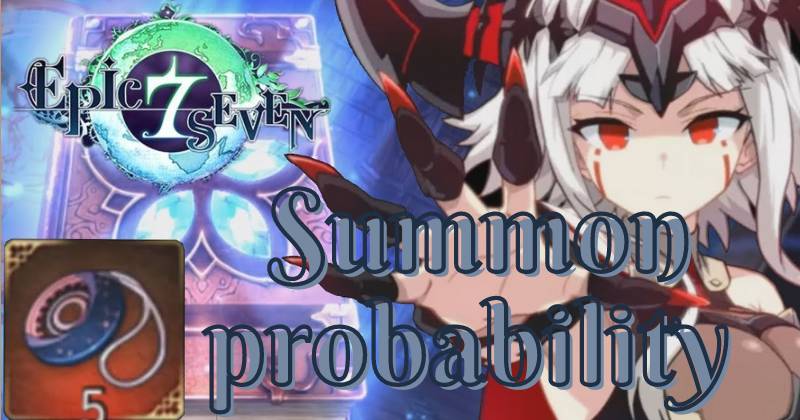 There are two separate summon probabilities to the hero Lidica and the artifact Sword of judgement in this drop rate up event. The players can find details about this by tapping on the Summon and then the banner Lidica and Sword of judgement drop rate up on the main screen. The details are as follows. For the heroes in the event, there will be a 46.75% probability as follows,

For the Artifacts in the event, there will be a 53.25% probability as follows,

Here, you will find the latest five-star hero named Lidica. She is from the star Virgo, and her base speed is 124. Lidica can take turns before the enemies and the public execution. She takes this advantage effectively to give buffs to ruin the chances of opponents. She has main three skills named Wild Rose, Thornbush, and Public Execution. The details of skills are as follows, When you are participating in the event, Lidica and Sword of judgement drop the rate up. So, you have to consider following details,

Do you want a best hero with a quickest method for the game? Try Epic Seven Reroll Guide

Epic Seven is a popular game in the world of games. The game will introduce two exciting events to its players this July. During the events, the players can meet Straze, and there will be a drop rate up for Lidica and Sword of judgement. The players can get amazing bonuses and other opportunities by participating in the event.