Dino Clash: Tribal war is one of the best multiplayer gamers, which lets all the gamers walk on a challenging gaming plot. Because this game is quite challenging on each gaming level, you need to destroy the opponents too. However, if you can understand the simple strategies and methods, you can go forward in the game more confidently, making you want a Dino Clash: Tribal War beginner guide. 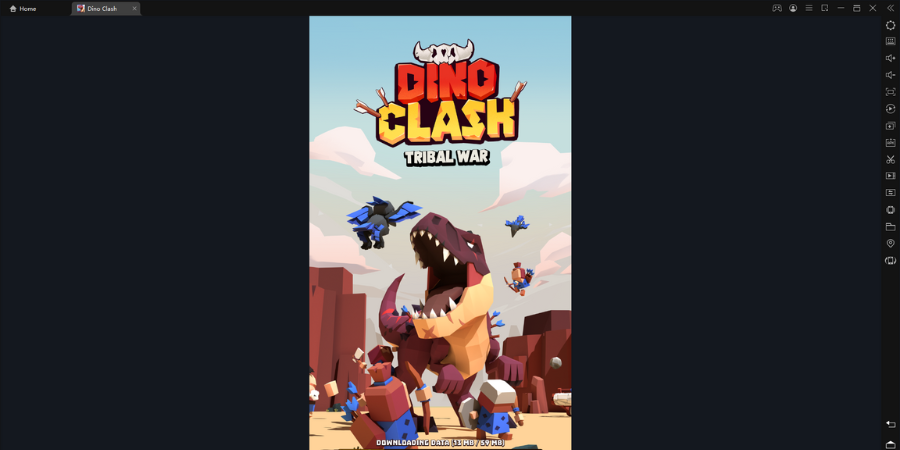 This game is to meet the most vulgar creatures like Dinosaurs. Also, you have to face more powerful warriors as well. But do not worry. You can quickly get together with your team members, attack these dangerous opponents, and defeat them to become the champion. So power up your skills and get to know the easy ways to do a blast on the battlefield because it will be your opportunity to win this problematic war at any cost.

There are certain gaming levels in the game. While you go through the first few levels, you can get an idea of the game: each level is different from the other, and you may have different tasks to accomplish. So be ready for every challenge. Here is our Dino Clash: Tribal War beginner guide for the best challenge to help you move forward.

As this game consists of a somewhat unique gaming concept, you should be aware of the game thoroughly. So let's go through the best Dino Clash: Tribal War beginner guide to challenging your opponents.

Reroll Till You Find the Perfect Dino

As this game is one of the best adventure games in the gaming arena, you need to find out the best and most effective Dino to continue your battles because you need to recruit both the warriors and dinos to do the battles.

At first, you have to consider the various rarity grades of dinos to recruit them. You can grab a great chance to defeat opponents by rerolling your dinos even though recruiting is not a must in the game. In this Dino Clash: Tribal War beginner guide, we need to mention that you do not wish to take risks, so do not wait to reroll and recruit your dinos. 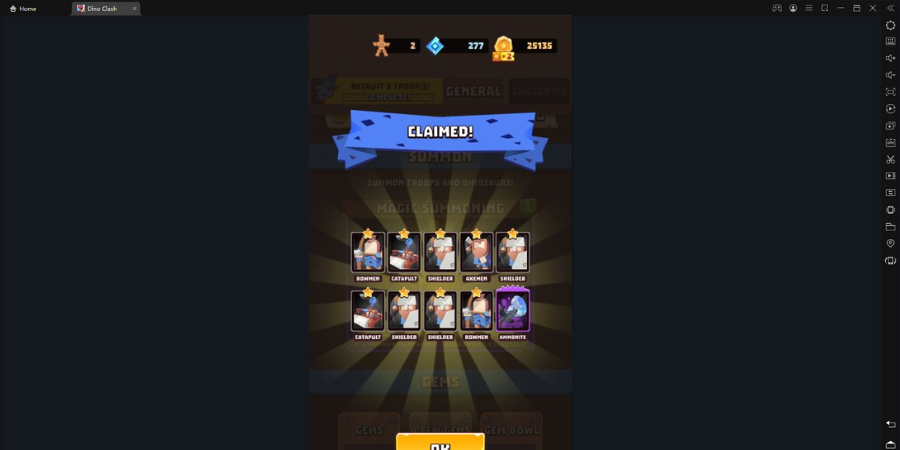 But, if you wish to be more adventurous and face challenges in the battles, try to recruit the dinos and reroll the best Dino for yourself. Remember that this process takes some time, and you must be patient until you complete the best rerolling.

And for that time-taking issue, you can use the best free emulator, LDPlayer, as it has this Multi-Instance Sync feature to help you quickly go through the rerolls. It basically creates the clones for your game and will give you the chance to do rerolls from each instance. And here is how you are going to save your time with the best emulator: LDPlayer.

Emphasize Moving on With the Main Journey

After you go through at least the nine stages in the game and collect the summon tickets, never stop the progression because you need gold to strengthen your power and challenge your opponents in an advanced manner. You need to go through the primary campaign in the game and move forward as far as possible.

In this Dino Clash: Tribal War beginner guide, we wish to recommend that you collect more and more gold. Because you will always need gold, the virtual currency in the game, you must move on with the main journey.

When it comes to the primary campaign, you may face different gaming stages. All of these stages consist of different and unique opponents. But if you can attack and defeat them, you can earn gold. Also, remember that when you are at the fifth stage, you may find a dino, so the game gets more challenging and more worthy of empowering yourself.

Going through the main campaign will be beneficial for two reasons. Because you can earn gold at first, and then you can use them to boost the power of your team and your members. On the other hand, there are novice units that you can unlock after clearing them. So we recommend you in this Dino Clash: Tribal War beginner guide to go on the main campaign and enhance yourself. 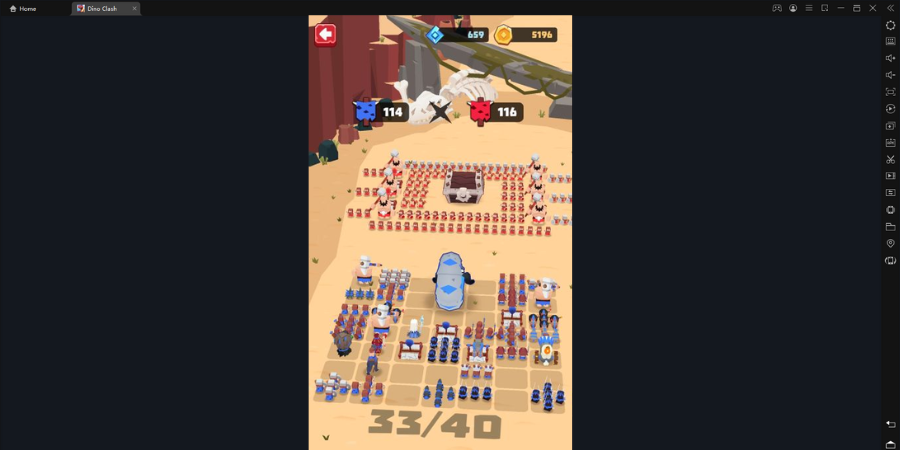 Familiarize Yourself With Each Unit

When you go into the tutorial and the first few stages, you can get along with some units and get an idea of them. In this section, you will learn what those units can do and who they are. But you will not get them as all these units are complex and challengeable.

So in this Dino Clash: Tribal War beginner guide, we suggest you step back and be in the barracks to analyze each unit and process more clearly. You can tap on a few buttons and learn many things about the units, dinos, and troops.

If you need to check on the dinos and troops, you can tap the "army" button on your screen and learn their abilities. Also, the game will let you know the units on your list. The form lets you decide how to recruit and what to recruit in the game.

Regarding the roster, you can quickly check on each unit in the Dino Clash: Tribal War. Here if you can upgrade the units which are available for you will assist you in the battles. Do not worry if some units are not on your list, but still, you can check on them.

The warriors of epic, legendary, and rare troop units are more powerful and have unique powers. Knowing the way of using and placing them right on the battlefield will affect your future progress, it will also depend on your victory. Also, in this Dino Clash: Tribal War beginner guide, remember that some units are shuffled in the game for some reason. 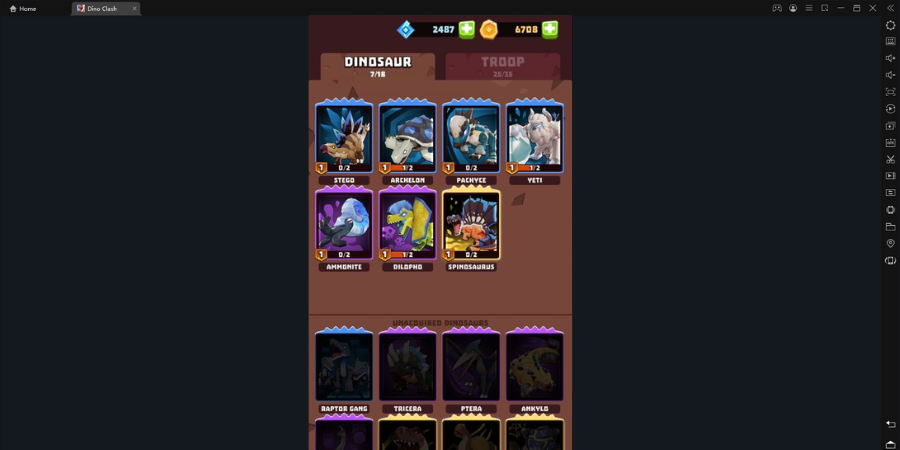 Merge and Recruit as Soon as Possible

You already know that you can go forward in the Dino Clash: Tribal War stages with the complexity and the challenges of the game due to the understanding of the game. Also, with so many challenges awaiting your trip, you can predict each subsequent combat in the game to become more difficult as you progress.

As a result, maintaining your army's strength becomes a requirement. Again, advancement in the game is not based on power, but it is a critical aspect that increases your odds of success while also making it much easier for you to go forward.

Mainly there are two ways to enhance your squad's power and abilities. Firstly, you can recruit more units in the Dino Clash: Tribal War which lets you be familiar with each unit in the game. Secondly, you can merge your troops to increase their abilities.

Remember that, before the battle, you can use your earned gold to recruit the units, as we mention in this Dino Clash: Tribal War beginner guide. So it will help you to destroy the opponents and become the champion in this fantastic game. Also, if there are two similar units on the same level, you can merge them and take the best results of both units together.

Merging troops early on will impact how well you can balance unit strength on both sides of the screen. However, units' overall rise in stats after each merger compensates for this.

It can be challenging to determine which deploy units are available to merge at some time. If you have a large number of troops, you can use another tab in the form to identify units that can be merged and combined there. 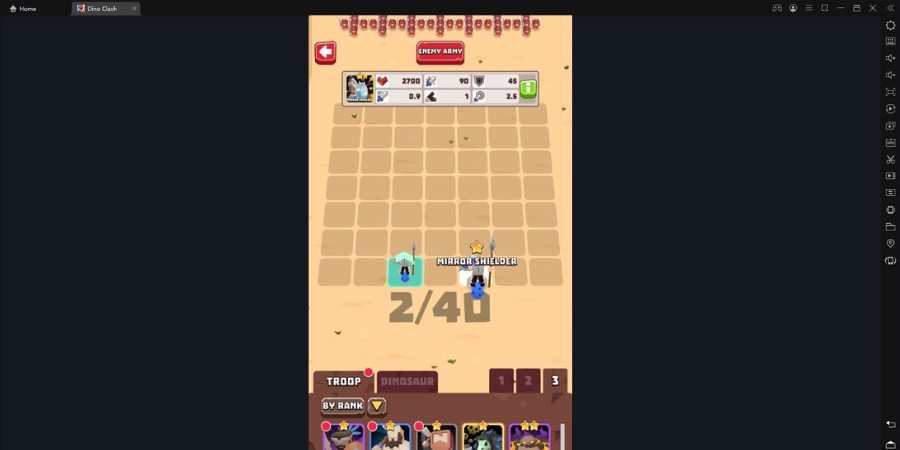