Today, we will discuss the Ranking system in COD Mobile, how to achieve them, how to make tier changes and what happens after each season and reset, all the rewards associated with the seasonal Rank rewards, and, if possible, Every Rank available in Call of Duty Mobile.

Battle Royale genre on the mobile platform is dominated by the two frontrunners that stand out from all the rest: PUBG Mobile and Call of Duty: Mobile When it comes to being famous and most talked about. The game was published back in 2019 and has become a strong competitor for its rival battle royale title, PUBG Mobile. Even though they are from the same genre, both of these games are different in their way, starting from the graphics, controls, functions, and even the mechanics they employ and the arsenal of guns and accessories that you can use and collect. 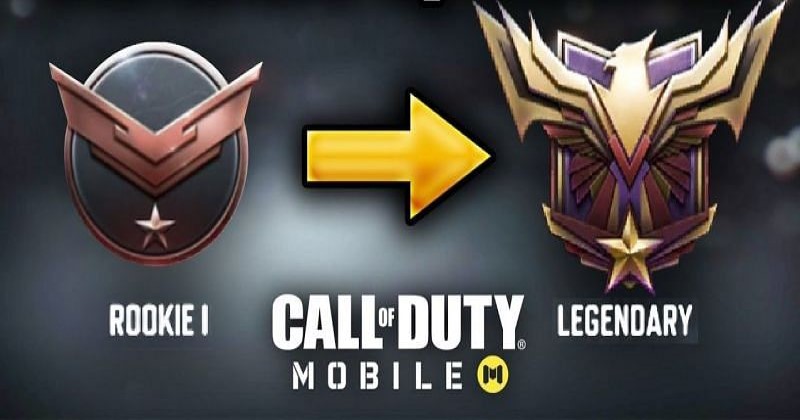 Right now, we will primarily discuss the competitive modes in the game, the ranked mode, and somewhat including the Battle Royale. There are many details, tasks, and missions that you need to pay attention to before you start climbing ranks in the game and stay there at the end of the season and not drop to the lower Tiers. You can read our in-depth Guides on Call of Duty: Mobile for all the necessary information to do that. Each of these modes differs a lot and has specific rewards set as well. We will discuss each of them one by one.

But one thing that needs mentioning even though it might not pertain to you. Typically, a higher number of Call of Duty: Mobile players would play Multiplayer Rank because of the shorter length of the matches instead of the Battle Royale rank. There are only six rank tiers for the Multiplayer modes.

To make that easier for you to understand, we have put together this article covering all the basics to get you started. Call of Duty: Mobile is best played on PC with Keyboard and Mouse.

And note that you are all free to have Call of Duty: Mobile on PC now with LDPlayer 9 to achieve the best gaming experience ever. With that, let’s start the guide.

In this section, we go over important information regarding Ranking System and then included some tips to increase the rate at which you gain these Ranks.

Rank Tiers or Rank's Grouping is a function that is common to all of the Multiplayer games, even other battle royale titles now. Call of Duty: Mobile has multiple rank tiers, similarly, and each of these Tiers is further divided into three subdivisions. The divisions are not in Legendary Tier, which works entirely on a points system. The higher your Rank is, the more opportunities you get to join one of the best COD mobile players worldwide.

The first time you start playing the MP mode and begin your ranking journey, you are placed in the Rookie I rank. The gap in the points between each subdivision is small, which is productive because you can continuously grind the matches to find yourself quickly in the Elite Tier.

COD mobile ranks prove how professional you are in playing ranked matches, and in case you want to get ranked higher and higher, you will have to play ranked games only; multiplayer matches would only give you battle points. 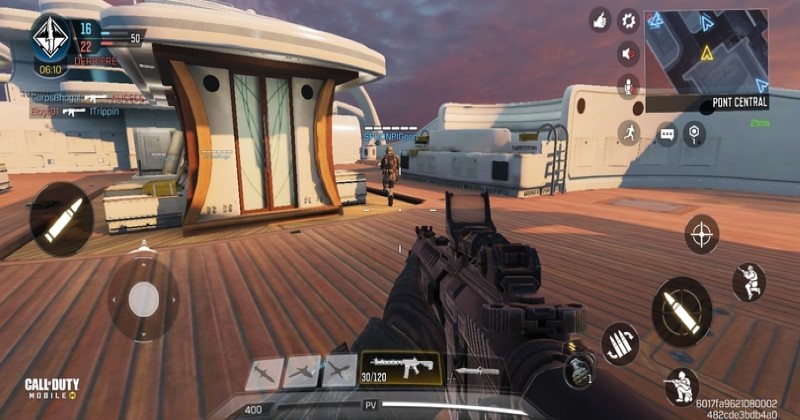 Rewards in Each of the Online modes:

Below you can see that each mode has different sets of rewards which you definitely should go for each season or rotation:

Ranking Reset after Each Season and Rotation:

After each season ends, you are rewarded for your accomplishments. Before beginning a new season, the game resets the Rank that players have achieved, regardless of the mode. The list below shows the rank transfers when a new season starts.

At the end of each season, the ranks of each player get reset. Also, every time a user ranks up, they are provided with various unique rewards.

Below we have written some tips to help you get to Legendary Rank in Call of Duty: Mobile's MP team modes. By following these tips, we believe that you can progress fast and be surer about your game.

Train Hard and Switch Modes – Well, already, you understood it well; it will be necessary to train hard on the classified games! The most important thing is to quickly increase your Rank to change your playing techniques regularly in the ranked games. Switch between game modes and keep practicing and fighting! For example, you will get rank points for killing enemies in all the modes. But you'll get faster points if you do all the tasks and missions like; kill several enemies with an assault rifle, then kill an enemy with a grenade, switch to sniper mode, etc.

Another piece of advice is to vary the game modes in MP mode. Train on all fronts, and you'll progress faster in CoD Mobile! So alternate between Domination mode, Team Deathmatch mode, or even with Frontline or HardPoint mode.

Weapon – The more powerful weapons you have, the faster weapons will rank you! So don't forget to choose your arsenal carefully and go through the weapon customization with GunSmith.

You can also increase your XP by using other means for your eliminations. Finding new methods is an excellent way to vary your techniques and become a real Swiss army knife on Call of Duty Mobile. For example, drones are widely used in ranked games to level up.

Varying Loadouts - Team Deathmatch, Search & Destroy, Domination, and Hardpoint are the four different Multiplayer game modes in Call of Duty: Mobile. Hence, it's recommended to set up different loadouts optimized for specific Multiplayer modes than play with the same one for all modes. For example, movement speed is more critical in Domination/Hardpoint matches. Therefore, it's more important to equip yourself with a gun with a higher mobility rating for those modes. As Hardpoint and Domination matches are typically fought at closer quarters, in and around capture points, it's also better to select more effective guns at close range for those Multiplayer modes.

As we have said before, each of the ranks mentioned below, are divided into 5 sub-Ranks, each with their requirements and Tier rewards.

Rookie rank is the base tier in Call of Duty: Mobile, and like every other Tier other than the Legendary, this Tier has five levels. Each level has points where the gifts are given after the end of every season. Rookie consists of newer players, and a few numbers bots, in both modes. 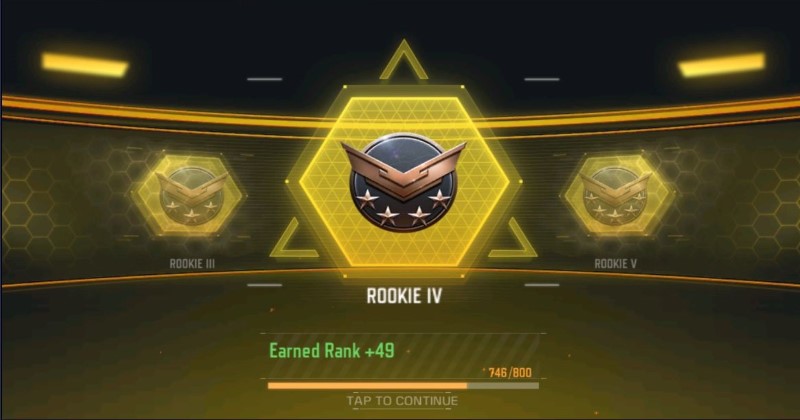 You can unlock the Veteran Rank when you’re in Rookie V, and you have passed the Rookie rank limit of 1000 points; if you are in this Rank, you have a good understanding of each map, the perks involved or required, and the best attachments for efficiency. Similarly, the Veteran Rank has five levels having very intriguing rewards. You will find some beginners in this Rank.

The following Rank is Elite, in which the players are considered getting good at playing CoD Mobile. Elite Rank consists of players that are decent at COD Mobile. You will have fierce competition with others who have equal skills in this Rank. There are no bots at this level.

This Rank is where the competition gets fiercer and will keep on increasing as the name suggests, as this Rank is filled with players that have a complete understanding of every map and most tactics, and they know how to use the tools at their disposal quite well. Several players in this Rank have an interest in esports. 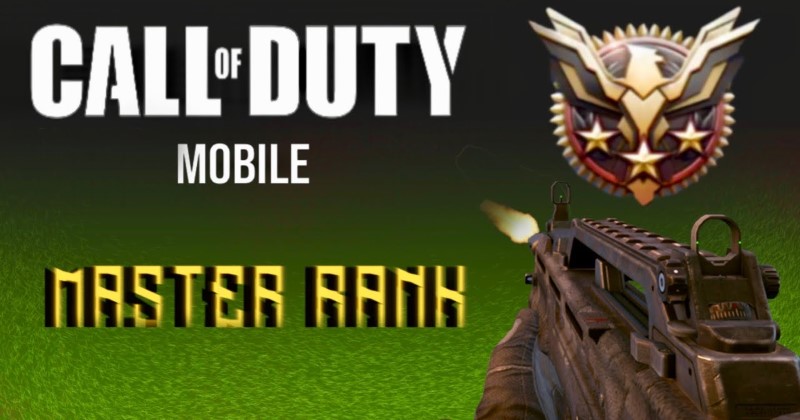 This Rank is the second-highest Rank in CoD Mobile, and of course, the cream from the Pro Rank qualifies to Master. Luckily, not many players manage to reach the Master rank in the first season of CoD Mobile so far. The rewards that players get if they exceed this Rank are also very tempting. 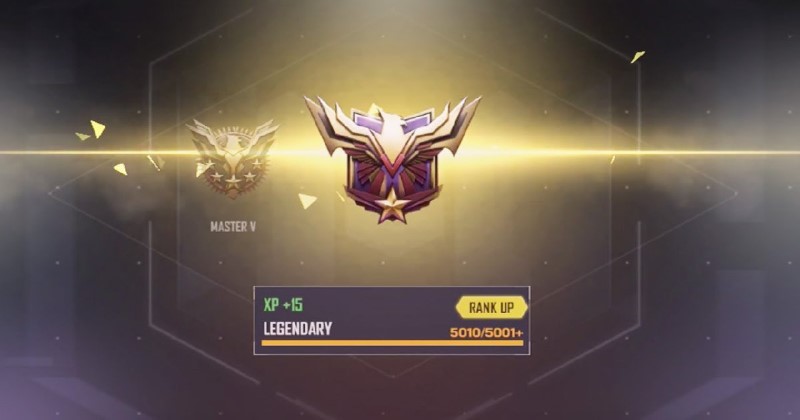 Legendary is the highest Rank in CoD Mobile. This Rank is the 'hell' for any players that are serious in esports. Being players that manage to reach this Rank is guaranteed to be expert and ready for the actual competition.

This guide has been presented to make you more knowledgeable about what to aim for every season. Like most genre games, COD Mobile has a rank tier system that classifies each player according to their in-game skills and capability. The better you play, the higher Rank you can achieve and the more rewards you will get.