Since Arknights global launched, numerous players have indulged in this thrilling and exhilarating game. To level up rapidly, players are looking for a guide that can enhance their gameplay. This article will introduce eight classes of operators and discuss which operators you should choose at the beginning. This guide should be helpful for newcomers to get some operator tips in Arknights.

Beginners mainly get operators through headhunting or recruitment from which a five-star operator and a six-star operator you can obtain. However, you will have a low chance to get high rarity operators at the beginning. Thus, we should focus on cultivating three-star and four-star operators to go through the initial stages.

Vanguards are usually the priority to enter the battlefield. They are responsible for blocking the approaching infectors and clearing them in time, and they just need lower deployment costs than other operators of classes. With the all-rounded ability, vanguard can combat those infectors better.

In the early stage, you can use the Vigna operator who just needs low deployment cost but has fast attack speed. Also, her traits are very useful as you can obtain 1DP after this unit defeats an enemy. Зима is an alternative because it owns high attack power especially after becomes elite, and it can buff all vanguards. If you don’t get other vanguards, Fang is also a good choice due to its low cost. 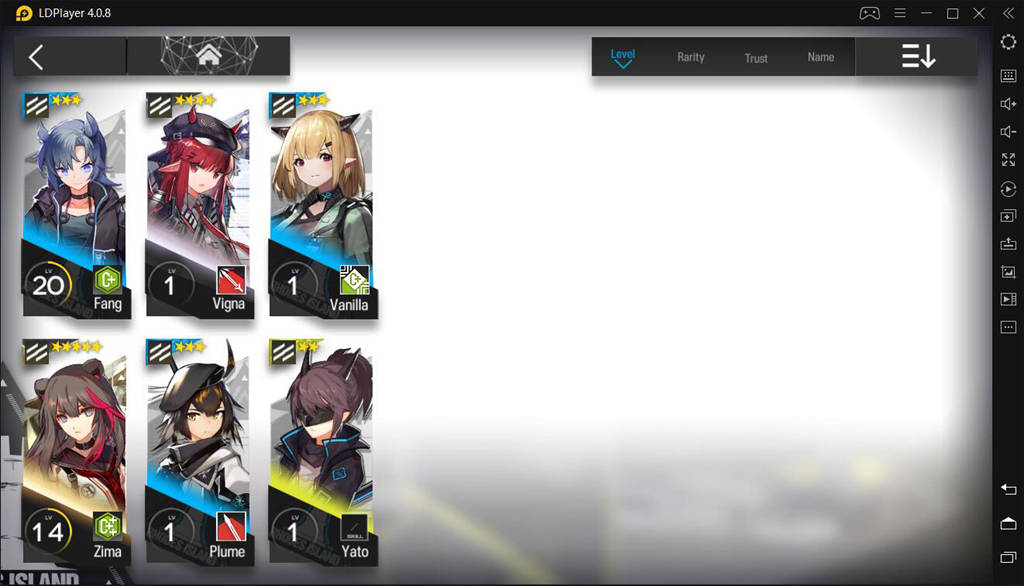 Guards are good at melee physical combat. Some guard operators do well in AOE skill, like Sliverash, while some of them are skilled in fighting one on one. Guard operators keep a good balance between physical combat and survivability. Also, they always protect the vanguard from combat.

It’s recommended that you can firstly cultivate Melantha who has outstanding HP and attack power but low defense. It can only defense one enemy at a time. Lappland is good at close-quarter and ranged combat, while its combat power will decrease 20% when it conducts ranged combat. At last, Sliverash is worth mentioning. In the second elite stage, Sliverash’s AOE skill is excellent. It can fight with three infectors at the same time using improved 110% attack power. 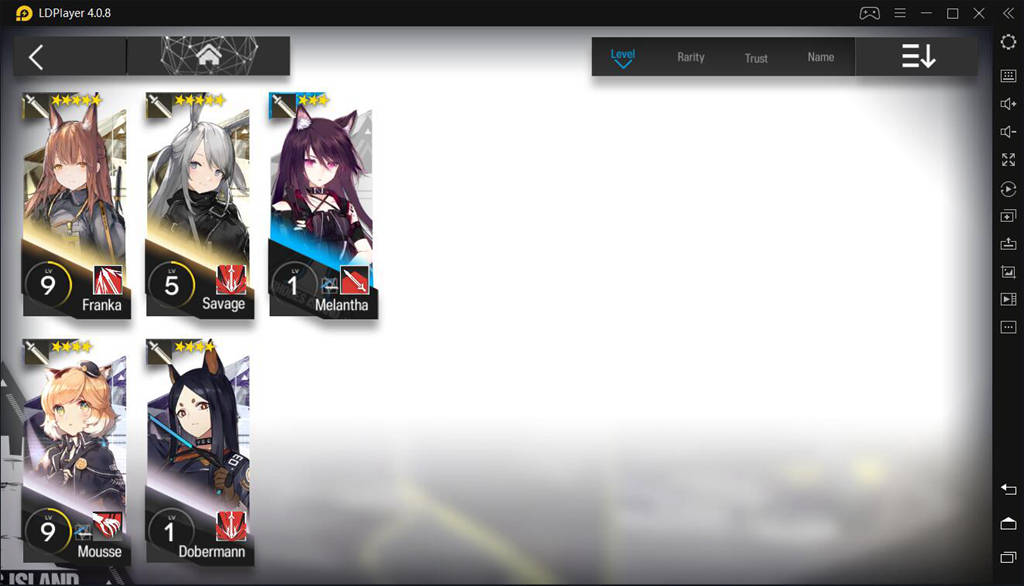 Casters are important operators who take charge of the attack. They are adept at controlling the effectiveness within the source rock. They can use their spells to target the enemies precisely. In particular, they will show better combat ability when fight with the infectors who carry special equipment. However, they will be in danger once their position is exposed.

At first, you can cultivate Amiya who will cause serious damage to the enemies. Amiya will help you a lot to complete a variety of thrilling challenges. The alternative operator is Lava who is good at AOE skill and ranged combat. Also, the small firedrake Ifrit is a good choice. It shows great performance in the Knights and Hunters activity. 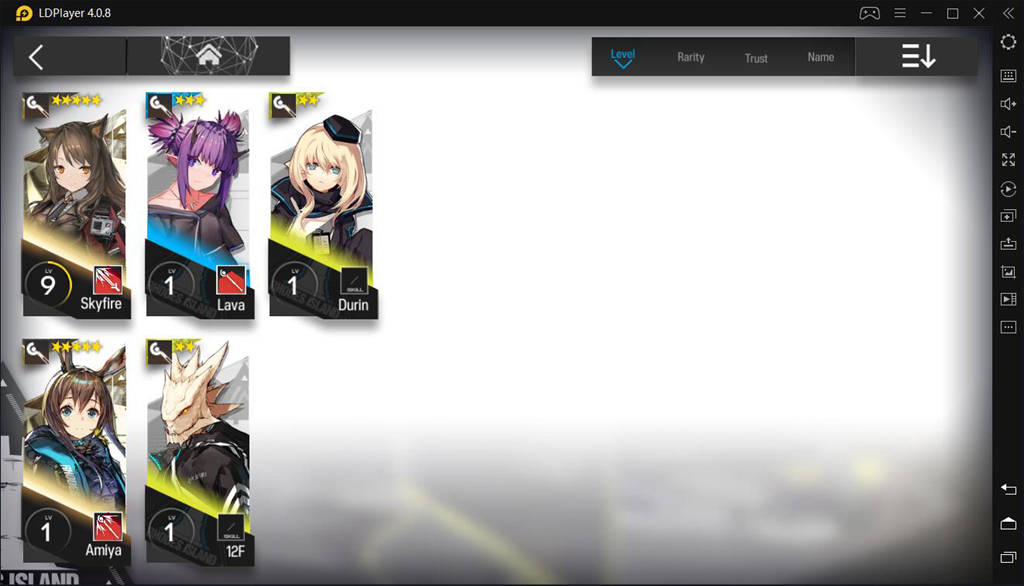 Snipers are the most common operators in the battlefield. They are responsible for supporting teammates and eliminating the approaching infectors in time. Snipers have a more extensive attack range and better attack power. Please note that snipers will be easily attacked when their location is exposed the same as casters.

You can use Kroos and Jessica during the transition time. The double-tap skill of Kroos is quite useful. Jessica has fast attack speed though her attack power is poor. When Jessica levels up to the elite, she will get enhanced survivability and new skill with dodge effect. Besides, Meteor has a good effect against the armor. If you need it, you can cultivate it. 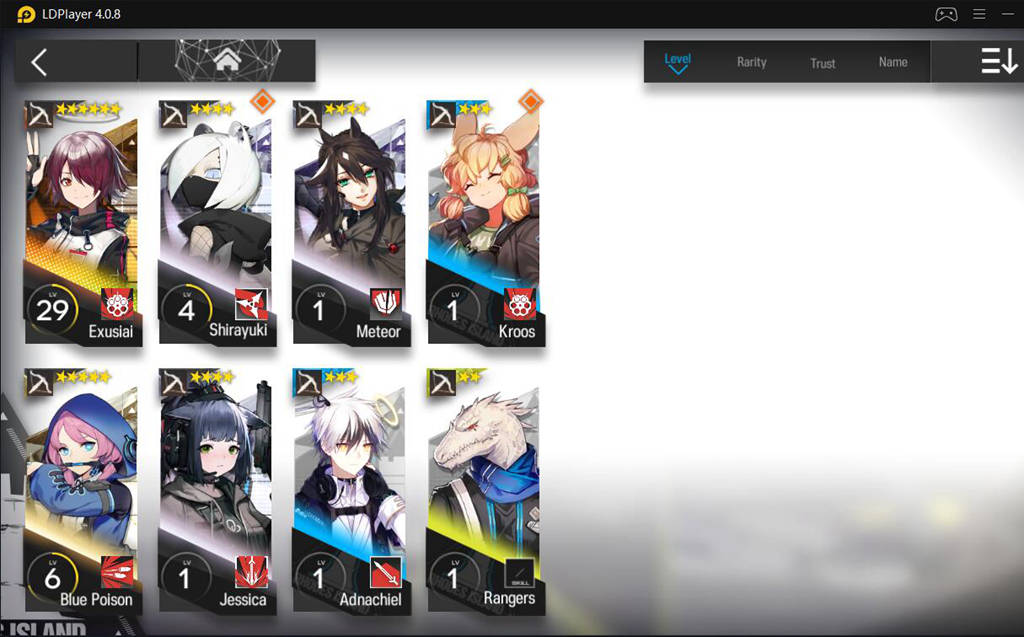 Defender operators are the most resilient fighters. They take an important role in blocking the enemies on the front lines. An excellent defender operator can combat several enemy units. However, you should pay attention to their high defense and survivability that are at the expense of the damage to the enemy. Thus, defenders need to work with other operators to destroy the enemy.

On the premise that you have no square shield, you can cultivate Beagle in the transition time. If you draw the Matterhorn operator, you can also cultivate him. The second skill of Matterhorn not only increases defense but also takes spell resistance that can fight with the mage. Cuora is also the recommended operator who owns outstanding attack power when he levels up to an elite. 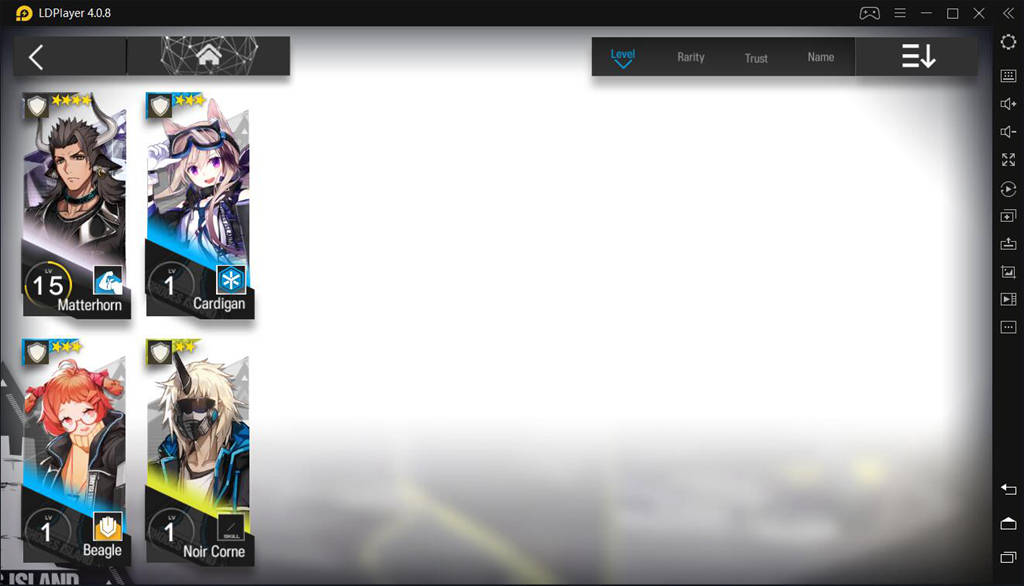 In the early stage, your operators mostly are treated by Hibiscus who only treats one operator at a time. After that, you can choose Myrrh and Gavial. Myrrh owns quite useful dual therapy skills, and Gavial obtained from squads can help operators add to health continuously. About the medic who can treat several operators at the same time, Perfumer is a great choice. 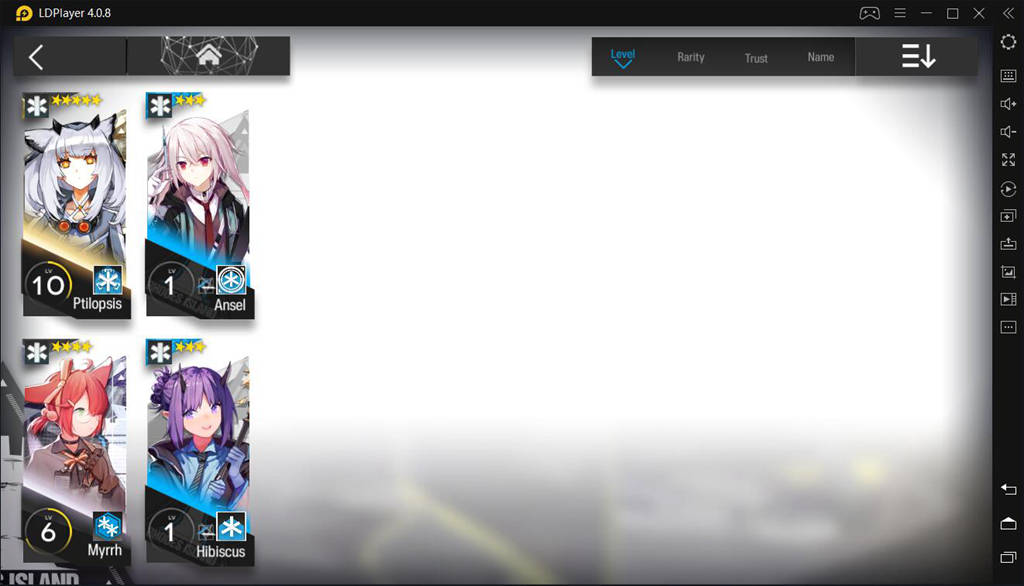 Support operators usually add debuff to the enemy and buff to operators. It’s great that if you can draw Angelina at the beginning. Angelina has a wide attack range and special debuff skills that will make the enemies move slower. In the transition time, you can cultivate Orchid and Earthspirit. Orchid can reduce the walking speed of the enemies and Earthspirit can suspend the infectors. 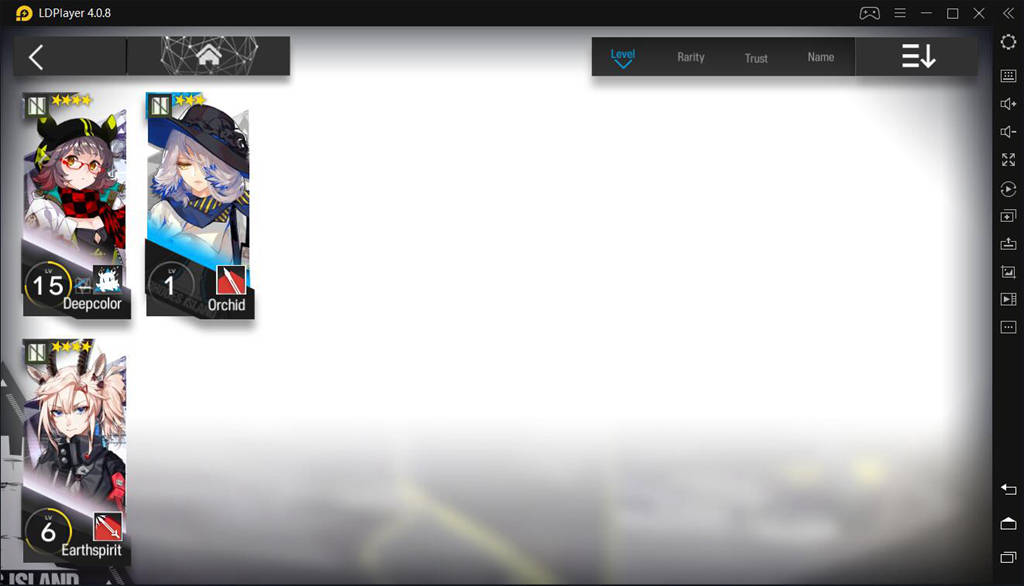 Specialist operators are a group of fighters who participate in the operation using unique combat skills. However, there is a big gap in their ability. You need to place them in the proper location so that they can show their maximum advantage. Some of them will assassinate key enemy units, while others will kill the enemies by making use of fighting terrain.

It’s enough to cultivate Shaw in the early. In the second chapter of the main storyline, Shaw is quite useful to combat enemy units by pushing them down. If you can draw Cliffheart, cultivate it and choose it to participate in the fighting. When Cliffheart levels up to the elite, it will take damage to the enemies regardless of defense and spell resistance. 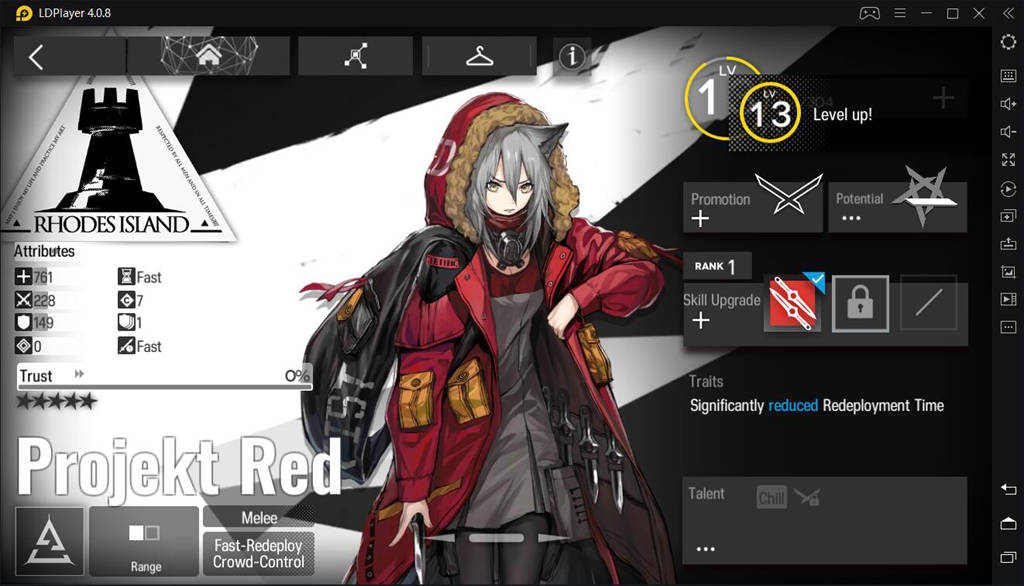 There are eight classes of operators that have been introduced above, and you can choose appropriate operators that belong to different classes to deploy your team so that your team can overcome the enemy units at ease. Also, it’s recommended that you play Arknights on your PC with LDPlayer. You will get the best gaming experience. Now, enjoy it.