Continuing its never-ending contents train and keeping its momentum from the exciting first anniversary event, Alchemy Stars is hosting a brand new Limited Timed Special Event with brand new mechanics, amazing rewards, a chance to obtain a 5* Aurorian of your choice for Free and 2 special new Gacha Rated Up Aurorians - the 5* Illusory Threads Sanae and the special 6* Frigid Cloudburst Nina.

This guide will aims to explain the event’s mechanics, advises you on how to obtain the most amount of event points in order to obtain the free 5* Aurorian of your choice and debate on whether or not you should roll for the 2 new Aurorians from the Limited Time Exclusive Banner - Illusory Cloudburst Recruitment. Let’s play Alchemy Stars on PC and find out.

LDPlayer- The Perfect Engine to Play

Alchemy stars since its release have always been an extremely grind-heavy game, with players having to pour multiple hours to let the game auto clear stages in order to obtain materials. This process undoubtedly will cause irreversible damage to their phones, and shorten the phones’ battery life.

Therefore, Alchemy Stars players absolutely must try out LDPlayer as an alternative to playing the game on mobile. As LDPlayer allows players to play on their PC, hours of boring grinding is no longer a tedious thing. Not only that, with LDPlayer’s wonderful Mini mode and multi-instances functions, you can play multiple accounts and let them all grind at the same time while you watch a movie or browse the web.

Being held from  to  ,The Exclusive Event Trees, Fish and A Slow Life is a typical currencies collection event, meaning you need to farm the event excessively in order to gather event currencies in order to exchange for the rewards in the shop. The Event consists of 3 main parts and 2 sub-parts. The 3 main parts are: Farming stages - Afternoon Tea Party and Teatime Pleasantries, Special Challenge stages - Detailed Investigation and The Event Shop - Andersen Association. The 2 sub parts are the Special Event Book and the Sign-in rewards.

There are 2 sections to farm event currencies in the event, which are Afternoon Tea Party and Teatime Pleasantries. These sections mainly consist of story nodes and battle nodes, the latter of which gives Event Currencies for every time you clear the battle nodes. 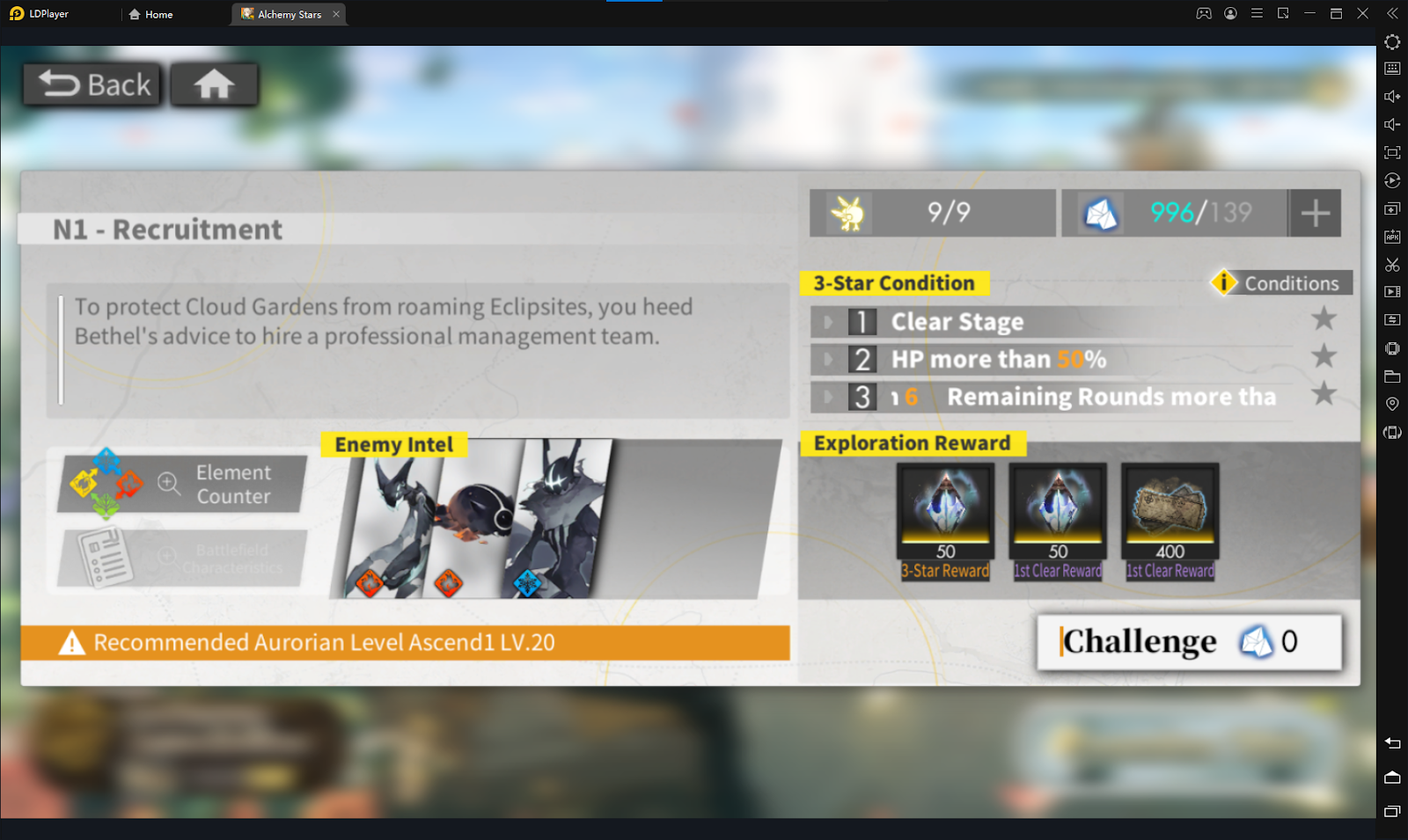 In addition, for the first time you clear the battle nodes, you will be rewarded with the premium gacha currencies and set amount of Event Currencies so it is recommended that you clear all of the farming stages at least once during the event period.

Spend all your available Prism in order to farm these battle nodes, especially the higher difficulty ones as the amount of Event Currencies you receive is proportional to the amount of Prisms you spend. The higher the stage difficulty is and the more Prisms it costs, the higher your reward yield will be.

In this Event, Special Challenge Stages will be available in the Detailed Investigation tab. These Challenge Stages are extremely challenging for a lot of players and require completely built teams in order to clear them effectively.

Like other events before this, the event shop this time also offers a variety of important rewards for all players to exchange for. In order to get these rewards, however, players will need to spend a large amount of Event currencies obtained from the farming stages. Some of the notable rewards from the shop are: -Order Boxes ( Allowing you to pick special ascension materials in order to upgrade your Aurorians).

Priorities the above Shop Items in order listed if you want to most effectively clear this event shop as the items listed are extremely important for your progress in the game and should be focused above all else. Available alongside the Trees, Fish and A Slow Life Special Event is a specially rated up Banner design specifically so that you can clear the event in the most effective way possible. This time, the banner introduce 2 brand new Aurorians into the game: the 5* Illusory Threads Sanae and the special 6* Frigid Cloudburst Nina. Both Characters are interesting characters that need further evaluation before you decide to pull on this banner.

Sanae is a Thunder Attribute Detonator Type Aurorian that specializes in dealing massive amounts of damage to a wide area of titles around her. Her high attack stat couples with her special passive of increasing her damage makes her one of the better 5* Detonator options for the Thunder attribute. 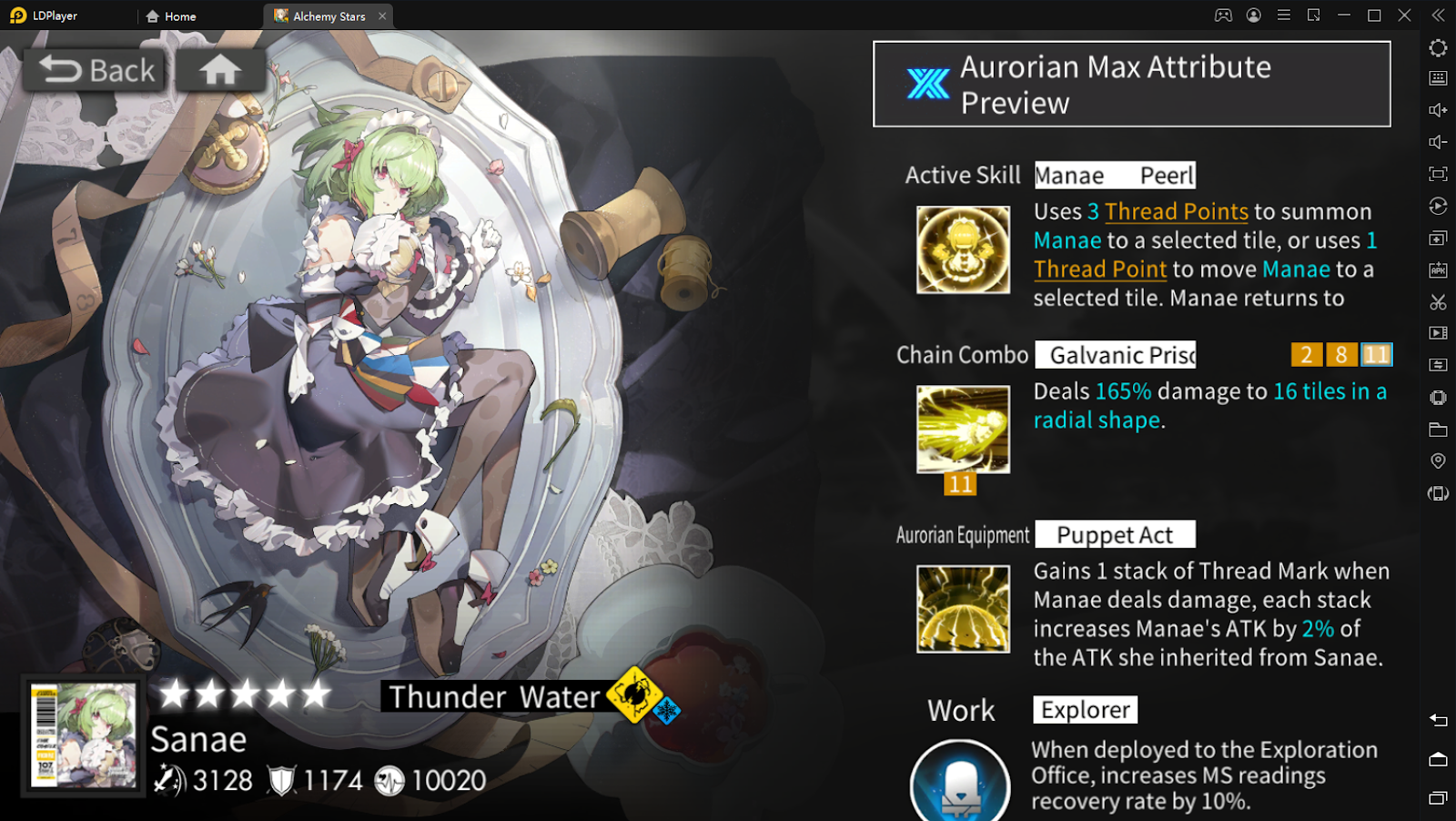 Her unique active skill Peerless Manae allows her to summon a special doll on any title. For every title that the doll goes past, it will deal def-ignoring damage to all surrounding enemies in those titles. This is an extremely powerful skill to use if you are able to time it right and can adjust the position correctly, allowing Sanae to deal massive damage to many enemies at once.

Nina’s main power comes from her parasol. With Nina’s active skill, you can have Nina switch between different modes, each with different effects and power. When in Unarmed mode, her normal attacks are enhanced and she will be able to attack diagonally and deal damage to surrounding clusters with her Chain Combo.

When in Parasol mode, she will be able to immediately deals damage to the cluster surrounding her, in addition to dealing massive damage to 2 enemies within her range.

Her special supporting utility comes in the form of her special parasol when deployed, if the parasol covers an ally, their active skill CD is cut down by 1, allowing them to activate their skills earlier and more conveniently.

It depends. As the first anniversary has just passed with 2 specially rated up characters, one of which was a Limited Time Available Aurorian, most players are undoubtedly low on currencies in order to roll on this specific banner.

However, if you have the currencies and are lacking specially designed DPS Aurorian for your Thunder and Water teams, this banner is one of the best banners you could possibly roll for in order to fill the dps role in your teams. In addition, the 2 characters within the banners are not Limited Time Available Aurorians, therefore, after the banner ends, they will be added into the summoning pool and can show up whenever you get a 6* Aurorian in your future summons.

Ultimately, it is up to your decision and resources management skills in order to determine whether or not you should roll on this banner.