Alchemy Stars is the newest RPPG that came into the turn-based strategy games, and this classic game will put an RPG genre to the gaming world with lines and tiles. This will be set in a new world, and there are dark and light themes in this game. You are a Caelestitie, and your extinction race has trapped the underground with Colossus. 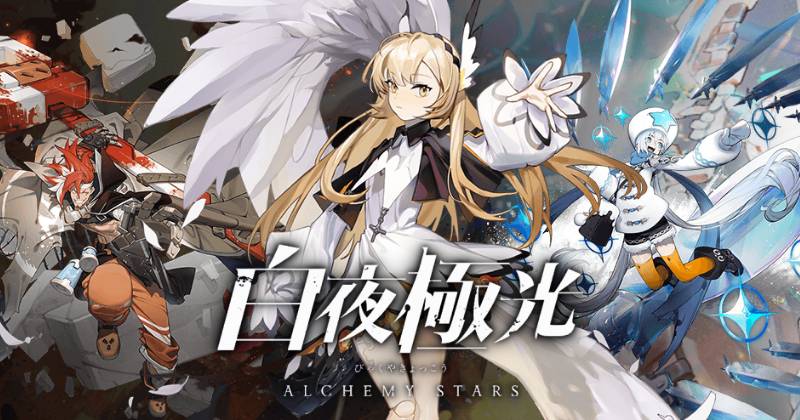 You need to be there until there is a daily happening to meet the Vice. Since this game has officially been released onto global, we can say that it has taken the best path in the gaming world, and it is continuously rising. So what things we have to know about Alchemy Stars? Of course, it is a beginner guide. So here is the beginner's guide for our Alchemy Stars gamers and the best tips and tricks on it.

Let's download Alchemy Stars on PC and start our journey from here.

The World Astra of Alchemy Stars

Before we take our steps into the gameplay, let's start a bit with the world of Astra and its nature. Astra is in on a breakdown between the Dark and Light, and Aurorians live in the Light. Dark is the homeland for Eclipsites, and these two parties are in a war for ages.

We are receiving the race of Celestite as our game role, and this is a race that should have been wiped out 19 years ago by the Eclipsites. The exact reason for it has not yet been revealed, and these Calestities can see the Light trails, which are helpful for them to command Aurorians and for the combat. This race also has a massive ship with them as Colossus.

There are multiple groups and factions within the Astra governing, and they all have their separate agendas and policies. When you explore your world more in the game, you begin to reveal the dark truths in this space.

Alchemy Stars has a clean with crisp UI, and any player can navigate through it as everything in here is accessed by almost. The usual stuff on the game's left side like friend list, mails, chatting, settings, announcements, etc. player's icon is for the player profile.

The gameplay-related menus will be located on the right side, and your main story can be easily accessed in there with one tap. So when you tap, you will see what quest you are currently ongoing with. When you tap onto the ongoing quests, it will send you to where the quest is.

The bottom of the screen is for all the collection menus, and there are warehouses, illustrations, team formations, and the Aurorians units. The game's currency, the Nightium, is on the right side, and it also consists of gacha currency Lumamber and stamina Prisms.

Gacha of the Game

In the gacha, the very first thing you look into is the Beginner Banner. Beginner banner is guaranteeing a 6-star unit within 21 pulls, and the 21st pull you perform would be the 6-star unit. You can also pull this six-star unit within your first ten pull if you have got better luck.

You can see that 6 star and 5-star units are higher for a gacha fame, and these are well-balanced teams. Players can take the opportunity on one 5 star unit within ten pulls.

Take a good look at the five and 6-star units by referring to the Tier List of Alchemy Stars.

This game has a pity system within it. If you take up to 50 without pulling a single 6-star unit, the rates for these six-star units will be increased. 51st pull is starting this, and you are taking a 4.5% chance of taking a 6-star unit. In here, the game is adding a 2.5% for every reroll until a player takes a 6-star unit.

This game comes with a gacha currency, and there are two items of currencies in here.

Alchemy Stars has a gacha shop just like every other gacha game, and players can spend their in-game money on it to buy materials, exchange items, or earn gacha currencies. You can exchange the dupes in this shop for taking materials, Aurorians, and for the Star Flares as well.

The shop is in this game to assist the gamers, and it helps you with the grind. You will face some desperation times, but you need the shop assistance to relieve materials hell or the gacha addiction.

When you exchange text fragments of 3000 amount, you will take the chance for buying a Star Flare up to 2 times. This is from the Secret Store tab. There you are exchanging the Text Fragments which we can obtain by the Secret Territory.

Don't ever be afraid to use Lumambers on refilling your prisms, as they can help you to progress better in the game. But if a player needs them to be saved for the Gacha or wants to take time to do the story, that also be possible here.

In Alchemy Stars, you are commanding the units of the Aurorians. They have a character role and that belongs with the play style of the player. Whether you need a Turtle Mode, UngaBunga DPS, or painting the map, you can just do it by choosing the best units.

There are four elements in the game as

Water will count the Fire while Fire is counting the Wood. And the Wood is going to count Thunder when Thunder is countering the Water. One unit will own one element, but some units own two elements as well. The water element is the most balanced in the game, and they are F2P friendly. It is representing the Blue color.

Fire will be the most potent DPS unit in the game, while Wood is acting the strangest part of the game. Fire represents s the Red color, and Green would be the Wood.

Besides these all elements, there are separate roles which are defining a unit. There are four roles in the game as follows.

Alchemy Stars have three abilities as Chain, Active, and Equipment. It may seem as hard, but these are not that hard to understand.

These are the skills that a unit can auto-activate after they chain the tiles. After chaining several tiles, this skill will strengthen and its effects, and the damage is also going to be increased up to 3 levels. Generally, the five and 6-star units are getting up for three levels, and the units below four stars will only get two levels.

These are the bread and butter of a unit, and they can be activated manually by the players. These skills are taking the tide of a battle or being a mess if they have been activated at the wrong time. Usually, these skills cannot be used after a battle start, but there are some active skills like Preemptive skills, which can be used when a battle starts.

Unit’s passives are the Equipment skills. They can be unlocked once a player ascended a promoted unit. Many of these equipment skills range from high defense, stack multiplying, and increasing damage dealing.

Usually, most of the gacha games have the same EXP materials. But in Alchemy Stars, there are EXP materials that give the double EXP for certain elements. Usually, they might cost a lot of money from the game.

Ascending units are easy on this game compared to other gacha games. There will be stages that guarantee the material drops on every available material. These ascending units can unlock the skills, ability to upgrade and change the animation of units.

There is a tower climbing stage as Spire, and you can take many Ascension materials on it. These are making the farming buts easier when a player is unlocking the Spire. There is an uncommon system for duplicates in this game. Every time a player takes a dupe, it will turn up two materials as Character Amber and the Solamber.

Solambers are acquired from any dupe, and you can use them for every character's duping system. Character Amber is only acquired when you take a specific character dupe like 4 to six-star units, and only the 3-star units give the solamber.

Dupes are so strong in the game, but they are not heavily necessary to the game. It can upgrade the skills, reduce the cooldowns, lower the needed times, or change specific active skills into preemptive skills. 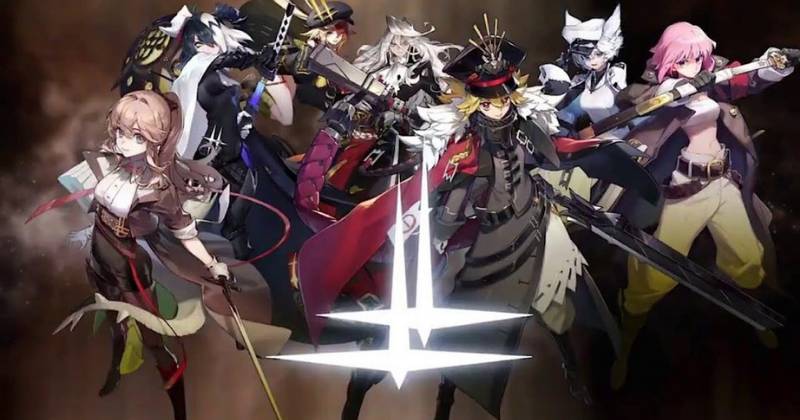 Strange chest board is the game's battle system, and the size for each board will be different from one to another. Each of these boards has unique mechanisms that either will help or mess up the game with players in several ways.

Each of the stages on this board has a limited number of rounds to prevent the long stall plays. Once there is round is running out, the stage is going to fail automatically. Some of the stages will have specific conditions like win within six or more rounds remained.

Each of the stages is covered by four different tiles corresponding to the four elements of the game named Fire, Water, Wood/Forest, and Thunder. You are only allowed to connect the tiles from sale color, and your units are only acting if you connect them to the corresponding elements except for the leader.

Movements and the Actions

This special mechanic is identified as the Aurora Time, and in this mode, you will play for another turn without having to consume around. Although these are so hard to pull, they can create a safe space to heal, set up, create a distance for opponents, or vice versa.

You can take a visit to Alchemy Stars Reroll Guide to know the better yet fastest rerolling system with your Aurorians.

These are the basic guides and tricks that you can use for the gameplay of Alchemy Stars and use these strategies wisely onto the game to have better success. Take up a suitable identification on the general system that Alchemy Stars carries and take your wining path faster.