Alchemy Stars is the hero/gacha collector game that has been released recently where the players are asking to summon their characters for gaining. You are an Aurorian here, and it is better to identify Alchemy Stars as a revolutionary game that has been self-proclaimed in the gaming world. This game has specific elements dedicated to each character, and the gameplay goes with team-building aspects, which are based on the element system of the game. So today, we are going to discuss the new event on Alchemy Stars with the community of AIStars, and it goes with the Hiiro. Hiero is the most hyped character on Alchemy Stars so far, and she has been released on to the team of Aurorians recently. This guide is dedicated to this amazing hero, aurorian Hiiro, her kits, and the best possible teams to make this character shine out of everything in the game.

So let's download Alchemy Stars on PC and grab everything we know about this fantastic Hiiro.

Hiiro is the Legion commander in charge of the third Legion of Illumina Federation, and she has cut down many enemies with one sweep by using her Katana. This aurorian has made its first debut in the game as a Detonator, and it is a class filled with the best traits to the game. It is fair to identify Hiiro as the best character because she is specialized in multi-tile enemy beating.

Hiiro never shows any bad traits against the enemies of multiple single tile because she can hit so many of them within one time if they are so close to her. There are many skills hold by her in the game, but first, we should identify her stats.

Hiiro has a perfect stat on her stance as a meta Detonator, and she is ending up with a 3064 attack in episode 10 of A36. This amount is currently the best attack power a Detonator will have in Alchemy Stars, and even the Sharona is sitting around an attack of 3.6K.

The ratios of Hiro are playing an average amount, and within the first sight, she would not be able to excel in significant damage as the outer Detonators in the game. But she is still ending as she can trade some of the upfront damages to the utility as a form of a tile conversion. And also acts as a payoff on the Enhanced tiles, and there is a little bit of generating Forest units. If you use them properly in the game, it can out damage the other Detonators, and you will be able to go through many chain combo or a time setup in Aurorian.

There are two skills hold by this aurorian as follows.

There is nothing more to talk about on this as a skill, and Hiiro shares an equal CC as the Aeria and will show some similarities over the Tessa. What is seeing as most straightforward in Hiiro is that it will be good to own two tile CC on her if a player is running low on the long tile-matching, and it is good whenever players are close with the enemies they need to hit. 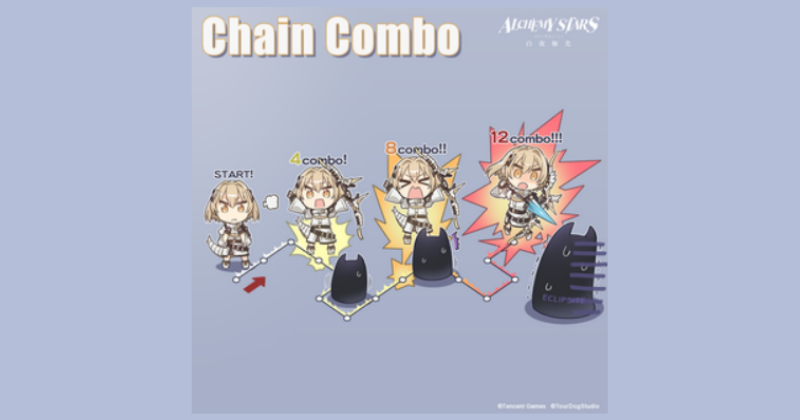 This skill makes Hiiro different from other heroes, as her active skills allow her to convey any of the tiles on the whole board. Some players are still don't know about this and may not be sure about it, but this is an indisputable fact. She deals with the damage on a crossed shape to a maximum range with a source of being a converted tile. All these things are doing while she is making them all enhanced, and those are helping Hiiro is fuel herself.

Remember that any enemy can be hit with these two sources. Both these damages and the conversions give the skills a massive amount of flexibility, and you need to use them to set up some long chains while activating her equipment. Or you can use it against the 3x3 bosses you meet in the game and deal with 2000% of the damage. This amount can be increased to 2400% if you could beat it to the maximum point.

If you want, use one of these skills to deal with pure damage and bridge a gap. In general, these all are making Hiiro's active skills somewhat dynamic and making it usual on a 3 round CD.

Equipment – One with the Duel

This is the base point of the Hiiro to cause a lot of damage on playing Hiiro. Her most serious damage is coming from this equipment, and it gives her a high AOE with the best ST damage if you can replenish the equipment reliably. Remember that a player has to use this buff before an enhanced tile is replenishing it. So it is making it awkward if the enemies are so far as these enhanced tiles are nearly generated.

The working system of these skills is easier to understand. If you see a one as Hiiro is attacking the tiles where there is the enemy and using that tile, you can generate damage of cross-shaped. This damage is happening against the multi-tile enemies, and a player will be ended up thrice heating on to the enemies. It happens one within the first hit and two within the skill of cross-shaped. And Hiiro is getting a minor type of damaging boost, bringing her out an attack on par with the hero Sharona only for that round. This happened if the player is managed to trigger the passive enough times.

To master the sword, you want to put her into the teams where she wants to fit. Hiiro is most suitable as a captain, and you can change whenever she is getting released or support enhanced tiles.

If we take our primary focus on Hiiro, we have to use a one in the team with duel as much as we can. To make this duel, we have to make more enhanced tile as much as possible without ending up creating an incomplete team. You need to look at the forest Roster who is caring about the enhanced tiles first. The best suitable team for Hiiro would be Gabriel is the most significant source for the enhanced tiles, and she is allowing the players to make enhanced tiles than other characters in the game. But you will not be able to control the placements and what is impressive here is that you are getting the time of Aurorian by the green tiles. It is more like Gabriel-produced enhanced tiles are appearing near you and near to the enemies. For you, removing an entire color off from the board can make the other converters entirely consistent, which would be the disadvantage of using Gabriel. Pact is also like other 5 star or 4-star tile converters, and she is making up two of the enhanced tiles from the tiles, she is transforming them, and if she is taking her chain combo on an enemy, Pact is going to turn the enemy standing tile into an enhance tile. She does this while giving healing to the players. Pact has the skills of preemptive native and 2CD, so if a player uses it within the first round, it will be available at the same round so as the active of Hiiro. This is the only reliable healing source for the team and the one that is well synergizing with the enhanced tiles. Uriah is a pure healer, and she is getting a high attack to make up for not damage dealing except by the normal attacks. She has the most increased health to trigger the extra effects for being tough on the complex stages. Flex can be replaced by many characters like a DPS who is supplementing the team with a weakness cover or by making use of an additional multiplier to the tiles. There will be three characters who can replace the Flex and fits into the team well as follows. Replacements on the Team

If you lack a character that we mentioned before and still have Hiiro with you and need to play with her, there are some options. You have the chance to follow up these options on the teams. Even these characters are not optimal to the game, and they are still allowing a player to fight along with Hiiro.

Niki is a tile converter from 6 stars, and she is somewhat worse due to her defensive equipment. However, she is making enhanced tiles with her active, and although she doesn't own the consistency of Gabriel on creating enhanced tiles, she is getting more consistency on tile converting at the 2 round CD. Those make Ninikis into a perfect setup for the Pact on the first round of Hiiro's active skills. You can also run these Ninikis over the Gabriel.

China has a utility that we cannot underestimate, and it gives you the ability to exchange the chosen tiles for really strong. And also, it is allowing the players on long chains or see how the attacks are made when there is an exchange of two green tiles, which are turning into enhanced tiles.

After all, Ophina is poisoning up two of her targets for three tiles son a chain combo which controls her lower stats against those highest health enemies. When replacing China with Pact, you will lose the multiple conversion of Pact, but still, Ophina is a worthy investment.

If you don't need Ophina, there is an option as Sikar. Sikar has the most extended CD, and her lack of synergy will reduce the consistency of Hiiro a little bit. But after all, Sikar is a hero who can hit harder on converter due to the ignoring defense trait.

Although 4-star converters are not suitable, investing in the Jola will help you board at the A3.

Any of the snipers from the game or an aurorian of teleporting will also help you. Louise will also be a good choice, and Odi will be an excellent hitting character whenever facing the bosses.

Viability of Hiiro on Non-Green Teams

Hiiro has the Thunder with herself as her second element. Hiiro is capable os using on the thunder teams. And also need to remember that the Thunder team has special access to some of the enhanced tile generation like Dayna and Beverly. So there is no point or doubt on the Hiiro's position to be good there.

Turning Hiiro into the Thunder team is not an optimal decision to choose. But it is being helpful for a player to be so effective by using her strategically in the team.

Reroll these heroes with the fastest method you've ever seen. Try out our Alchemy Stars Reroll Guide. So here are every detail that we are aware of about the Hiiro, the new detonator, and she is the most hyped character that players have demanded. So we hope you can get a clear idea of how her skills are working and impacting the game and the best teams that you can use with her through this guide. So use her strategically and make maximum effects on her.