It's December, and the year 2021 is on the verge of an end, leaving behind a lot of fun frolic for the players. This year was full of new releases and successful launches of the various games, and much exciting news is that there's more to come in the future, especially to Mobile Legends: Bang Bang.

Soon you will encounter the latest content like January 2022 Starlight Pass, brand new events, skins, and heroes. Not only this but the Mobile Legends: Bang Bang is expected to blast new surprises in January 2022. Moreover, to know all about these mind-boggling surprises, continue reading with us.

But before beginning, it is our responsibility to inform you guys that all the context mentioning upcoming surprises is not official yet. All this information is based on the leaks, assumptions, and data mines from credible leakers. So it is remarked that keep this information in mind that neither the Moonton Games nor Mobile Legends made the actual official confirmation of the releases.

Beginning with the upcoming skins and events in January 2022, following the list along with the releases dates. 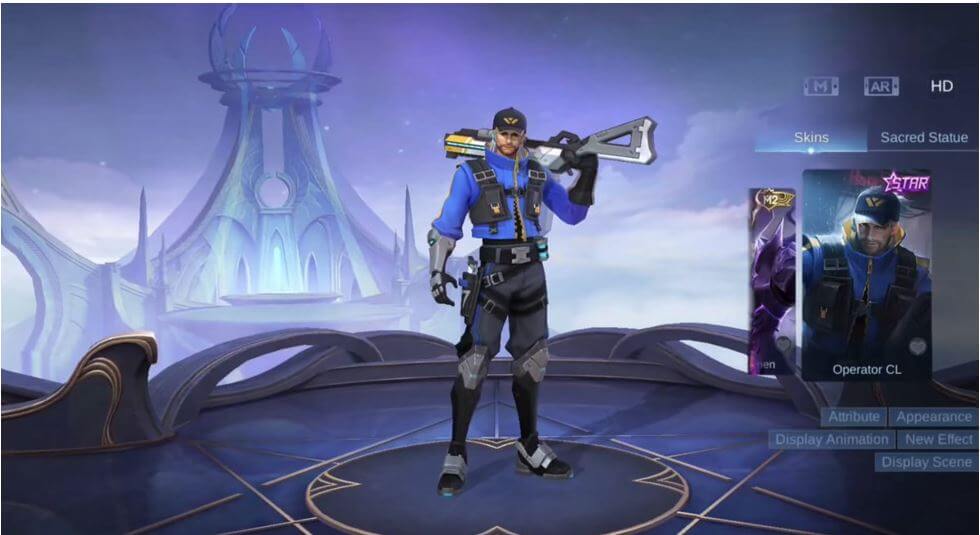 The list begins with Clint's "Operator CL." It is already known that the January 2022 Starlight Pass will be coming along with a blast of surprises and rewards for the players to buy. Among them is Clint's Operator CL, an exclusive Starlight Skin that may be released. In addition to this, it is believed that rewards like emotes, sacred statues, etc., will also make up the list for the Starlight Pass holders, similar to those made available previously as the players make progress through Starlight Pass. Furthermore, compared to the previous Grand Collection event, the hopes are high that players will be allowed to use in-game diamonds and crystal auroras. Also, Nana's "Aqua Pura" and "Riverland Phoenix" are part of the next collector skins in January 2022. The next on the list is Yve Elite skin. So players, on January 11, 2022, can expect the release of a new Elite Skin for your very own Mage hero - Yve. Additionally, Yve's Ruin Protectors will debut on January 11, 2022, in the Mobile Legends: Bang Bang. At the same time, it is still unveiled how the players can obtain this Ruin Protectress and how they will be available. Hopes are that direct purchase may be one of the options from the in-game shop tab with the help of in-game diamonds. Yve is one of the popular heroes of the Mobile Legends: Bang Bang, and now you can also expect a new Fighter Hero to enter the game named Yin. As per expectations, Yin will be a Kungfu Genius and will be making its debut on January 18, 2022. However, the hero was launched way back in the Advanced server- Patch 1.6.40.

Looking forward to the hero Yin, this fighter hero will be available for players in the in-game Shop using the earned battle points or the very own in-game diamonds as always. 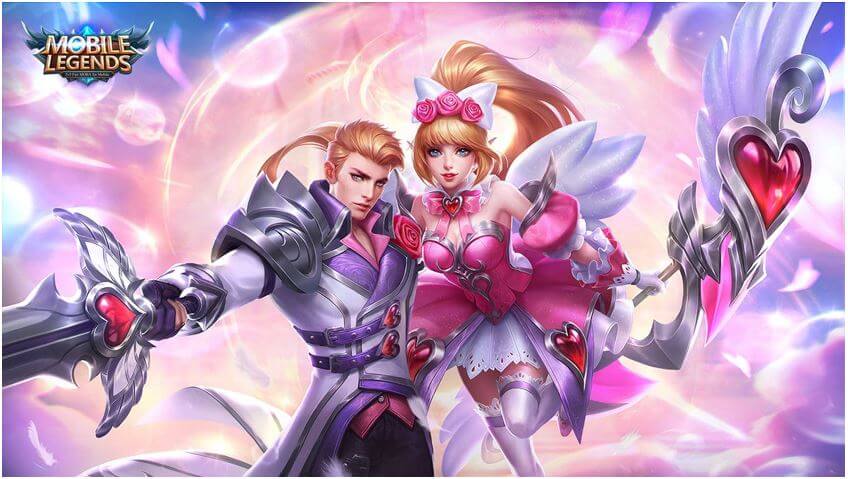 The beginning of the year is followed by Valentine's Day and Chinese New Year, so the Mobile Legends: Bang Bang has planned something related to it. It is believed that the Mobile Legends: Bang Bang is making the debut of revamped Valentine's and Chinese New Year skins on January 18, 2022. These dedicated skins are not given any particular name till now. Still, hopefully, the skins will be Miya's Sweet Fantasy, Clint's Gun and Roses, Aurora's "Foxy Lady," Layla's "Canon's and Roses." 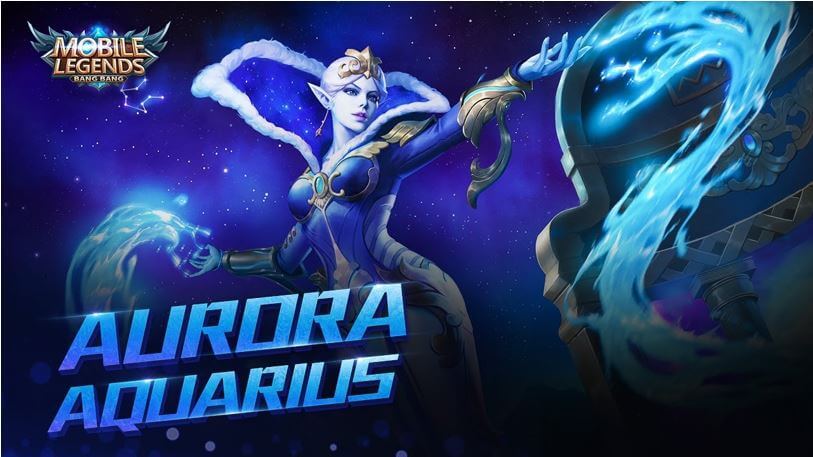 The next on the list comes Aurora's Aquarius zodiac skin. In the game, this skin may make a comeback on January 20, 2022. The skin will add to the list of zodiac Skins lines from the Mobile Legends: Bang Bang. This zodiac skin will also be available in the game in an encore.

Moreover, talking about how one could obtain this zodiac skin, so players can get the skin through in-game zodiac summon events. The players can majorly use the Crystal of Aurora to increase the Star Power, where players can gain 1-5 star power on each Summon. Even there is a chance that you can get 100-star power on just a single draw and hence gain the skin.

As previously held, at Zodiac Summons events, the players will be allowed to use the in-game diamond. And after the Mautes "Capricorn" Zodiac Skin, this Aquarius" zodiac skin will be the next zodiac skin that will be made available. 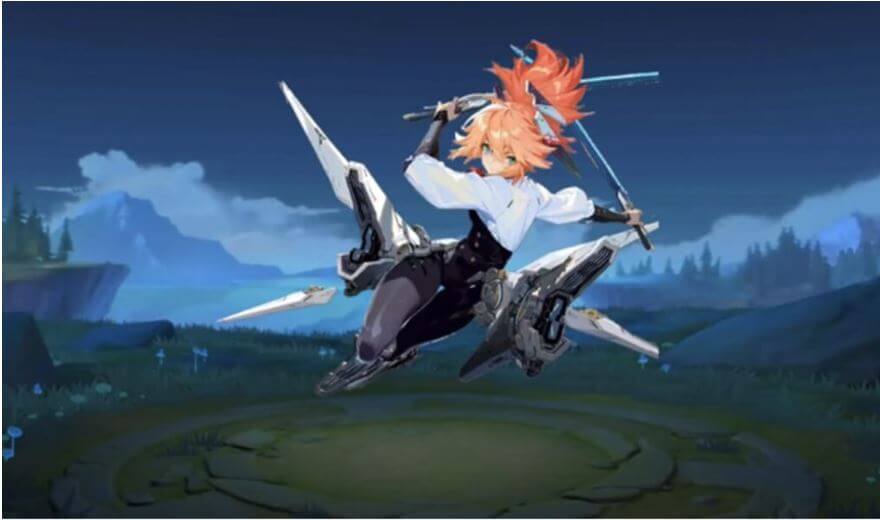 Anime is way too popular among the audience, undoubtedly. So on the concept of anime itself, knowing its popularity, the Mobile Legends: Bang Bang will bring an anime collaboration skin on January 22, 2022. This skin is for the Assassin's hero, Fanny. Additionally, Fanny's "Blade of Unmei" will be another skin among the two, which will be released as a part of this anime collaboration. On one side, Blade of Unmei is one of the skin; the other is "Layla's Hikari," the second skin of the anime collaboration. Talking about obtaining these two anime-based collaborated skin, the process is unclear until now. It may be obtained by in-game shops using in-game diamonds, or it could also be obtained by special events that may be released in the game. Moreover, it is also not revealed what the rarities of these two skins will be. Now it's time to explore Gloo Special Skin moving forward on the list. Gloo'sJellyman will be released on January 25, 2022, in Mobile Legends: Bang Bang. This skin is for the lately released Gloo, who already has one skin beforehand. It is expected that you can purchase it directly from the in-game shop tab using in-game diamonds, and for now, it is quite unclear how to get the Ruin Protectress for the players. The day on January 31, 2022, will be a remarkable one. Thinking about it? So on this day, Sun - the very popular fighter hero, will be given a brand new Chinese New Year Skin. Although for now, the information about the skin is very little. Even there is no information about how the players will obtain this Sun's new skin. Well, this is building up the suspense of whether the skin will be obtained via any in-game draw using game currency or in-game diamonds, or direct purchase will be an option.