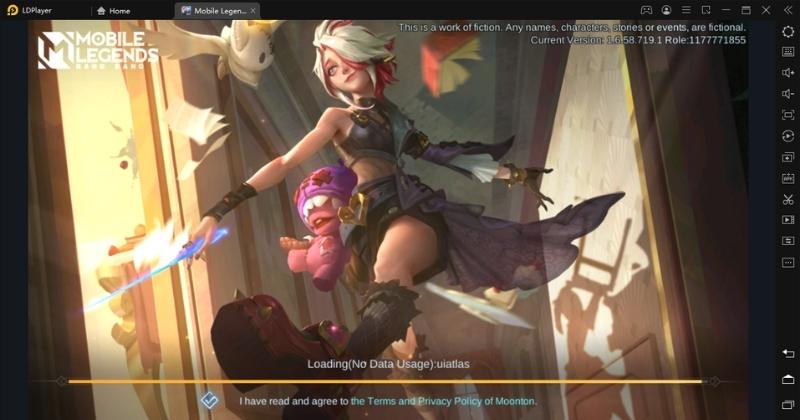 Melissa can be identified as a rebellious girl, and she is running a knitter shop. This hero can solve other people's problems, and Melissa will be the new Marksman for the land of dawn. She was available for us to play as a trial since the 1st of January 2022, and Melissa was on the Advance garcon of Mobile Legends.

Mobile Legends Bang Bang Melissa will not be like other icons, and she got the unique traits with her more than other champions. She has some unique stats and the capacities for the game to make her successful gaming way within the Mobile Legends world.

So this guide is created for knowing all the details regarding Melissa. We will help you understand how this hero will help you deeply in your gameplay, and let's start.

Who is Mobile Legends Melissa?

Mobile Legends Melissa is the daughter of a proprietor of an invisible small knitter shop in Lumina city, the Empire Moniyan’s capital. Melissa has some unusual traits here, but she is very clever. 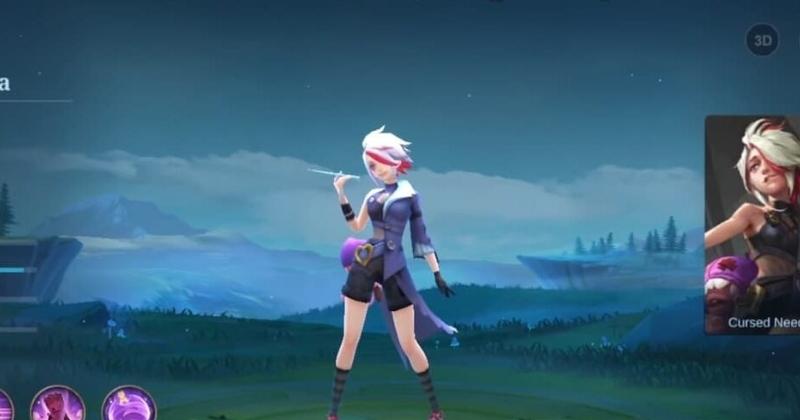 Although Melissa's family had a hard life, she was able to have enough and cleaned dresses and shoes all the time, and she is always making herself into trouble. But Melissa does not have any thoughts because she always thinks twice and has sensible traits with her. Whenever Melissa was at the shop, her mom always gave her help with tattering clothes and the embroidery matters.

Melissa is now again asking who her father is, and she always had an interest in nice rag dolls. But she has never mentioned it to her mom because Melissa knows that her mom cannot go to the croakers. After all, she is sick.

Every time Melissa passes by the doll shop, she is always looking for the shop, and the owners are trying to scare her off. But she never cares about these all and never is afraid of any.

Melissa will be a shooter for the Mobile Legends, and there will be a unique walking style with her. She will jump with her walk because she loves to do it, and this idol will be overpowered to become an idol of overpowered Marksman. The role of Melissa is going to be a Specialty role, and she will have an offence skill to the game.

There is no confirmation date set for Melissa to be released, and we expect that she will see the world by March 2022. Melissa is still in the game's development phase, but she is listed after Yin is released.

Doll Buster as the Passive Skill

Melissa will deal with 150 and more damage whenever she hits against a summoned unit with her passive skill. So this hero will effectively clean Minions, and Melissa will be a great hero as a counter against Sun, Zhask, Popol Kupa and Vexana, etc.

Melissa will dash forward and have a redundant speed of attack for over 4 seconds. It will drag her opponents along with it for some distance if they have been bound with Muddles. This skill can move the entire field toward the destination of Melissa, especially if the cuddles have already summoned a fourth from the field. 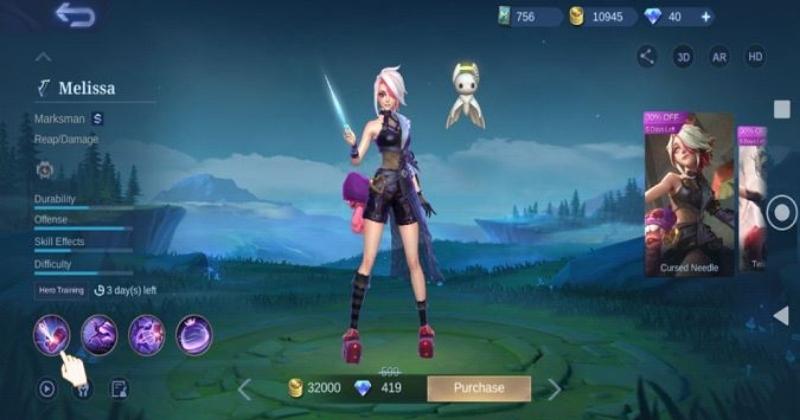 Melissa, from this skill, will throw her doll named Muddles towards the adversary, and by that, she can have damage between 250 to 400. This will be a total of 80 physical attacks within the area. When Muddles are hitting the targets, it will link the enemies for over 6 seconds, and the enemies linked with this will have severe damage from Melissa's introductory attacks. This will only work over the adversary icons.

Cuddles Cover Me as the Ultimate Skill

This skill can create a boundary and push Melissa's tough enemies down for over 5 seconds. This created boundary avoids enemies from entering the place. And it is going to vanish if Melissa moves to the outside on her own.

If you need to know more effective ways to have powerful heroes like Melissa, you can check the guide on how to have a viable hero from here.

Melissa is going to throw her curse doll to bind her enemies for over 6 seconds. When they are going to be hit with these cursed dolls, the enemies will be bound, and the basic attack of this hero will hit five icons at the same time. With the use of this skill, Melissa is going to have a stronger attack, and if the skill hits more than 3 to 5 enemies gathered, it will be doubled.

So basically, Melissa will have some super-powered introductory attacks with great speed. Moreover, her skill two will push all the enemies towards her dolls whenever Melissa uses skill number 1.

Melissa will create an area of defence for more than 5 seconds and avoid her enemies entering the area. She will be great when she has her ultimate skills against counters who have high attacks like Guison, Lancelot, etc.

How Goodwill Mobile Legends Melissa be?

The first skill of this hero is a gusto kill, and it has some lacking points to the game. But her alternate skills makes Melissa an excellent duel for the tanks, which holds great area CC chops like Belerick, Gatotkaca and Tigreal and more. 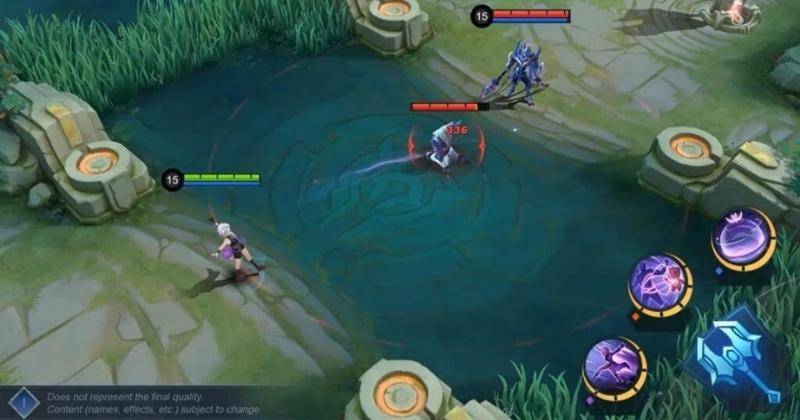 When we compare this hero to other Marksman available in the game, Melissa is a kind, unique character, and she has some unique ultimate skills. Her primary damage source will be her alternate skills. We can link this with several enemies to deal damage for all the enemies who touched with Melissa's introductory attack. So this is a great feature to work with Muddles against the enemies and to have significant damage to the linked targets.

Melissa's ultimate skill is creating a boundary or a hedge, which avoids enemies from entering for over 5 seconds. And it will also push the opponents like Akai with ultimate. This ultimate skill can save Melissa from range righters, and for that reason, Melissa is a hero who cannot be killed easily. So this hero will be indeed a great one to be introduced for Mobile Legends Bang Bang.

If you want to earn these superheroes for your gameplay easily, you can use the Multi-Instance Sync feature from LDPlayer, as it can allow you to create so many game instances at the same time. These all can be used for your benefit throughout the gameplay, and that way, you will increase the entire gameplay experience effectively. 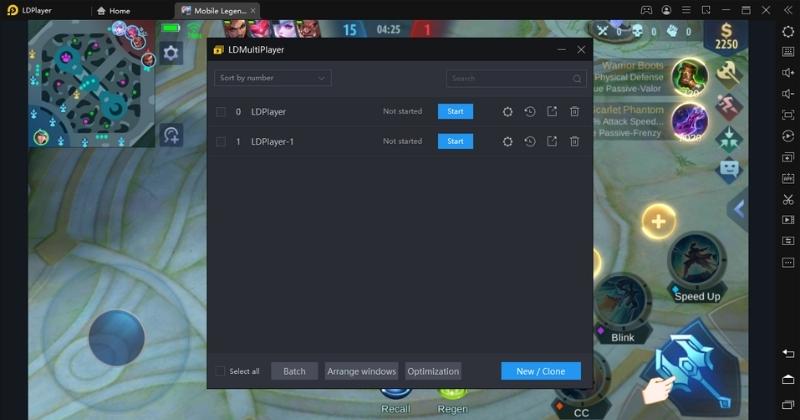 So this is the information that we know so far for Mobile Legends Bang Bang hero Melissa and from the details we have collected, we can assure you that she will be a great hero to the game indeed. She has the great powers to pass the limits of a great hero, and after all, Melissa is a hero who cannot be killed quickly. That is all we need to have as a hero in Mobile Legends.