Welcome to the mysterious and treacherous world of Wuthering Waves. As you embark on your journey through this dark and foreboding realm, it's important to be well-versed in the intricacies of the Elemental Reaction System, which lies at the heart of the combat system in this game. Though the wuthering waves release date has yet to be confirmed, whispers on the Wind suggest that it may be coming sooner than we expected. With that in mind, we thought it is wise to prepare you for one of the most crucial aspects of the game. For those unfamiliar with Wuthering Waves, it is an open-world RPG that combines elements of Genshin Impact and Tower of Fantasy but with a far more ominous and perilous twist.

You'll have the opportunity to play as either a male or female character and will be able to add two more characters to explore the world and take on a wide variety of content. Each character possesses unique abilities, and many of their attacks are imbued with elemental powers, and you can take advantage of these elements' reactions when you are in the thick of Wuthering Waves Combat. To play the game like a pro with easy controls and to enjoy it with better graphics, play Wuthering Waves on PC with LDPlayer. Let's start.

The first thing you should know about the Elemental Reaction System is you will not be able to spam it like similar games like this; this system will be most advantageous when you are fighting with a lot of enemies or an enemy that has a high HP point. It's also important to note that the same elements do not react with each other. This means that using two fire abilities in succession will not create an elemental reaction. Instead, you will need to use different elements in order to activate the elemental reaction system.

For example, if you have a fire hero that can fill up the element bubble faster, then you can start attacking with the fire element to fill up the bubble and then switch to Light or any other element you want to activate that elemental reaction with. In this way, you can choose the element that best suits your playstyle and the situation you are in.

Wuthering Waves Elements and Their Reactions

The Wuthering Waves has six elements: Dark, Light, Wind, Lightning, Fire, and ice. When they react to each other, you will get many benefits, so let's see what they are.

Dark reacts with every element, and when you activate dark elemental reaction, you will do dark + the other element damage and reduce the enemy resistance to the second element (single target).

Same as the dark element reaction; when elements react with the Light element, it reduces the resistance of the second element. But resistance reduction is 10% more than the dark, and triggering this reaction will stop time (area of effect). The only downside to this reaction is it only lasts for three seconds. These reactions will be perfect if you have time to do a lot of damage from one element in a short amount of time. The Wind element reacts with Lightning, Fire, and Ice gives you different effects; all the wind reactions pull enemies into the center of the reaction and give different results according to the element it reacted with.

How Could You Use the This System First, to benefit from the elemental reaction system, you have to choose Wuthering Waves characters that fall into three elements. If you want High DPS in a short amount of time with some breathing room, the best combination you can make is a LIght character + an Ice character + a Fire character.

When using this team composition, you first attack with Light and once build up the Light element and set it off with Fire or Ice. Let's say you activate it with Fire, then you keep attacking the enemies with your fire character and build up the fire element and then switch to the Ice element to activate it. By then, your light element cooldown may have passed, and you can start from the top. If you don't care about the CC effect and only need the DPS, then you can swap the Light skill with the Dark element.

The speed of building up an element depends on how many times you attack the enemy; with the best android emulator, LDPlayer's Keyboard Mapping Feature, you can do that easily. All you have to do is drag the "simulate Continues multiple touch" option onto your attack button and press and hold the key. It will help you to fill up the bubble faster than you would with your fingers.

Then the next advantage you can have is you can make a Keyboard Macro Command to change between characters with a single button press in the order of the elemental reaction. This way, you don't have to pay attention to the character you are going to change into next; you can attack, fill up the bubble quickly, change the character and continue with ease.

Through this Elemental Reaction System guide for the Wuthering Waves beginners , we have shown you how the elemental reaction system works and some Wuthering Waves tips on using them. Now it is time for us to end this guide; thanks for reading and have a nice day. 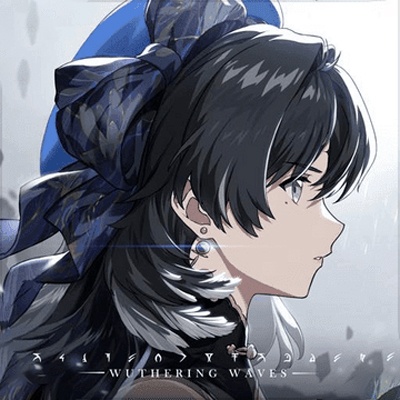 Wuthering Waves Review - Is It Better than Genshin Impact

Wuthering Waves Characters Tier List to Select by All Starters

Wuthering Waves Tips and Best Strategies for a Better Play