Not expecting to be released for both the Japanese market and Global market at the same time, Sword Art Online: Variant Showdown is here as soon as we can expect! In the world of SAO (Sword Art Online) a new game is being released, called Cross Edge. Everyone is playing this new game, but something strange is happening. Despite the game being only a PvP Game (So Player Versus Player) there’s monster appearing during the battles. Also strange enemies are appearing in the game, and challenging the players. If you lose a battle with those strangers, you will lose part of your memory! It’s time for Kirito, Asuna and every other character you know from the original series to join this new game, Cross Edge and discover the truth about those monsters and strangers!

Released on 21 November, Sword Art Online: variant Showdown is a new Mobile Action RPG Gacha Game. In this game you will form a team Team of 3 Member Max and you will fight different content (Main Story, Daily Quest, Event etc). Collecting different characters is the main goal in the game, and every character has different Class (Fighters, Wizard, Defender, Supporter & Ranger) and also different Elements (Fire > Wind > Water > Fire). Also there's a special Card called Ability Card that can improve your character with both passive Stats and New perks. The most important mechanic in the game is the “Switch!”, literally swapping characters at the right time for combo skills and denying enemies attack. If you like fast action games and also you are a fan of Sword Art Online, you shoulda play this new title!

The “Main Story” is the first game content you will unlock in Sword Art Online: variant Showdown. In this game mode you will use both your team and also a pre-formed team based on the stage you are about to fight. Every stage in the Story Mode also Stars Point. Based on the stage requirement (No Characters KO, Finish in X Seconds, etc.) you will achieve a score from 0 to 3 Stars. Main Story stages can be completed on Normal and Hard difficulty, but Hard can only be entered 5 times x day x stage. First time you complete a new Main Story Stage you are guaranteed to obtain Crystals (Summoning Currency) and also different rewards such as Specific Class Records, Characters Exp Items, Golds Etc.

The “Digit Quest” is a Daily Content you unlock from the start. In this game mode you can fight 3 different difficulties (Easy, Normal and Hard) with also different Gold amounts as rewards. You can enter Digit Quest a maximum of 3 times x day.

Remember to complete it daily to increase your gold income!

The “Exp Quest” is a Daily Content also unlocked from the start. Same as the Digit quest, you can fight 3 Different difficulties (Easy, Normal and Hard) with also different Exp Items amounts as rewards. You can enter Exp Quest a maximum of 3 times x day.

Remember to complete it daily to increase your gold income!

The “Memory Drop Quest” is a Daily Content available from the start that changes Daily, rotating (Fire, Water, Wind). Same as other daily quests, you can fight 3 Different difficulties (Easy, Normal and Hard) with also different amounts and rarity rewards. You can enter Exp Quest a maximum of 3 times x day.

Don’t miss the chance to collect Memory Drop since they are necessary for unlocking Character Potential.

The “Event” game mode is unlocked after you complete the “Boss Stage” on Main Story. In the Event Tab, you can fight Time Limited “Event battle” stages, complete “Event Mission” for great rewards and watch “Event Story” cutscenes.

The “Challenge” is a beginner series of special quests that will give you great rewards such as Crystals (Summon), Golds, Memory Drop, Class Records, Skip Tickets, and Exp Items for completing different tasks, and also an SSR Character (Inspiration of Victory - Silica) once you complete them all. Don’t miss the chance to obtain a free SSR Character and complete the Beginner Challenge!

Completing Daily and Weekly quests is the best way to obtain great rewards for free while playing Sword Art Online: variant Showdown. Also the game features 4 Bonus Log in on the release! Here’s all the rewards you can get for free!

The “Characters” in Sword Art Online can be Enhanced (Leveled Up), Rank Up (Awakening) and Unlocked (Stars Up). Let’s see the different Class and Element and how to improve your characters:

The “Ability Card” is the only “Equipment” you can have on your characters. Ability Cards are a great addiction to any character, since they can both improve your passive stats (HP, STR, DEF etc) while also providing new buffs/effects for your Character. Ability Cards can also be Enhanced (Leveled Up) and Unlocked (Stars Up).

The “Release Special Pickup Scout - Part I” Is the first Rate Up Banner for Sword Art Online variant Showdown. In this banner you can obtain both Characters and Ability Cards. Pulling on this Banner cost Ticket or Crystals (1 Multi cost 1500 Crystal). The banner features 2 SSR Characters in Rate up and 2 Ability Cards in Rate up, for a total of 4 SSR Rate up, also there’s SR rates up too. Here’s the rates:

The “Standard Scout” is the Normal Banner for Sword Art Online: variant Showdown. In this banner you can obtain both Characters and Ability Cards. Pulling on this Banner cost Ticket or Crystals. Here’s the rates:

Should I Play It? Pro & Cons 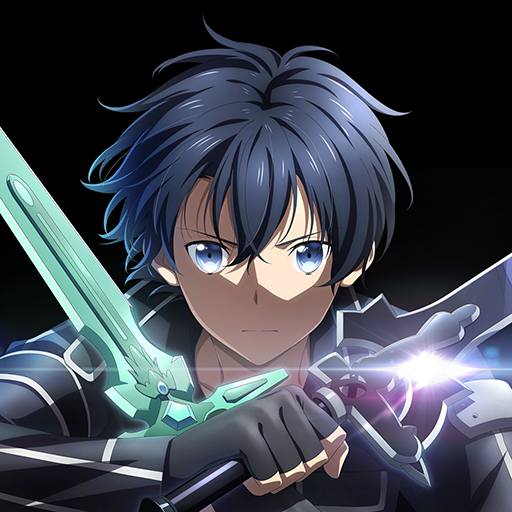