Seven Mortal Sins X-Tasy game is a much more suitable game for gamers who are willing to get a fantastic and thrilling gaming experience simultaneously. Thus this game consists of phenomenal animations and a good gaming setting, and you will probably get into this strategic RPG game continuously. In addition, if you can learn the game from your very beginning, it will lead you to success as you wish. 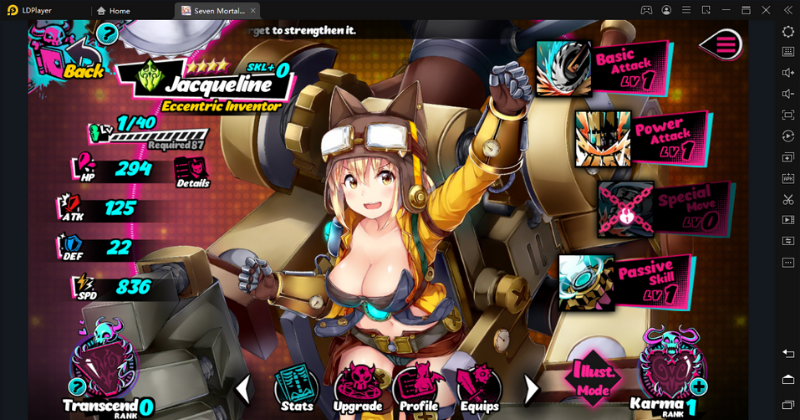 This game is based on an anime TV series in Japan, and you will realize that you can draw in and highlight your gaming life in the game. There are many powerful hero characters and powerful weapons that help you be the champion in the game. Also, you can see the changes in this game that are somewhat different from a traditional RPG game.

Further, a gamer should prepare to wisely attack the opponents and rescue himself. It would be best if you got to know the perfect ways to play in the battles and defeat the evils before you enter into the Seven Mortal Sins X-Tasy game. So stay tuned in this beginner guide to effectively understand your movements in the game.

When it comes to the combat in Seven Mortal Sins X-Tasy, you can play in various gaming modes, with different features and processes in the battles. But remember, all these gaming modes' settings are the same as others. This means you can do your battle in each gaming mode in a similar way.

The Story mode, gaming Events, Quests, and Daily Dungeons are the vastest sections in the Seven Mortal Sins X-Tasy game. Also, there are different Arena modes such as Monster Brawl, guild based Sin Challenges, and grand Colosseum to do your battles. 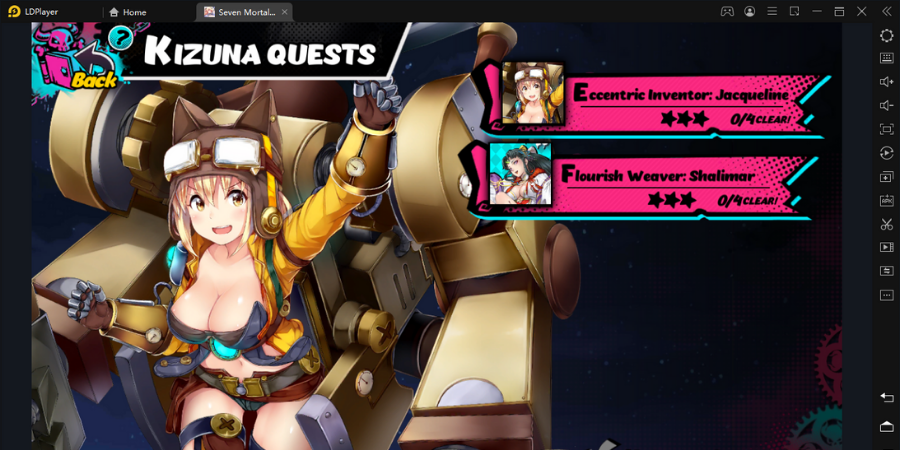 When it comes to the gauge, both of you and the opponents can get two gauge types, Move and HP gauge. Here, you can quickly determine which one of the gauges you need to take by looking at the colour. Because the Move gauge is coloured blue and on the other hand HP gauge is in red. Also, when the HP gauge of each part gets low, the combat ends. So try to focus on your gauge limit and defeat the devils.

The attack is the central point in combat which decides who the day's winner is. The special, power and basic attacks are the three primary attacks that happen in combat of the Seven Mortal Sins X-Tasy game. Tap your attack first and then tap your target to attack. 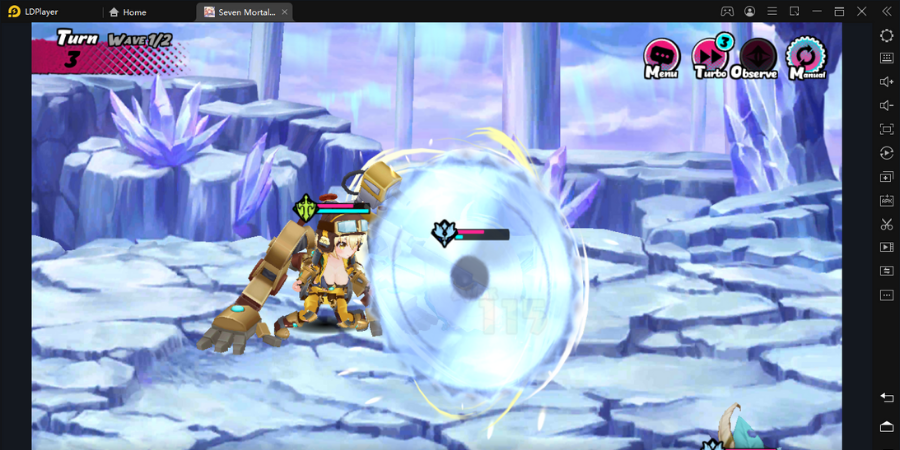 Here, while your squad stands on the left, your enemies have to stand on the right side. Then, you take turns pulverizing each other with various deadly attacks. So try to attack your devil enemies hard and defeat them.

The level of your Cast primarily decides the direction of your battles. You can easily select options and customize the Cast. By selecting 'edit,' you can switch Casts in and out to create the most robust and balanced squad. In general, this implies having a particular unit on your squad and a good mix of aggressive and defensive Casts. 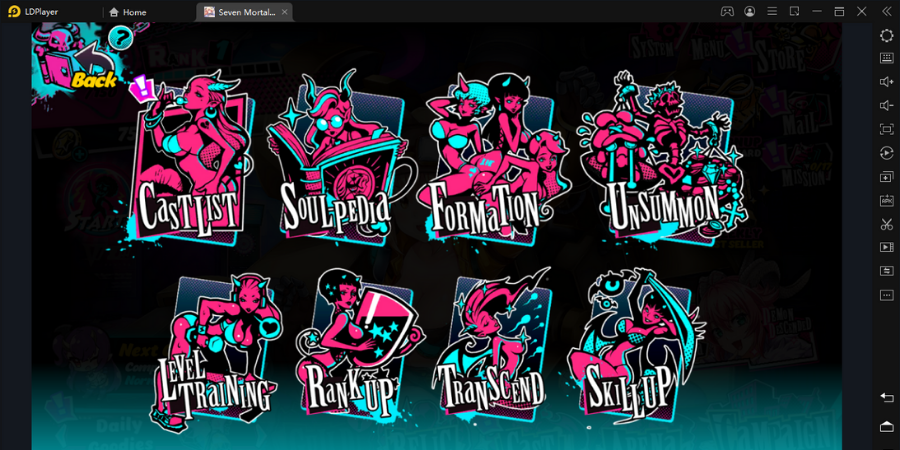 Mainly there are three parts of affinity for each Cast STR, TEC, and AGI. Here, STR defeats TEC, which defeats AGI, which defeats STR. An STR can attack aggressively against TEC, but TEC can only do less damage to them. Similarly, an essential advantage improves a Cast's chances of escaping an effect. 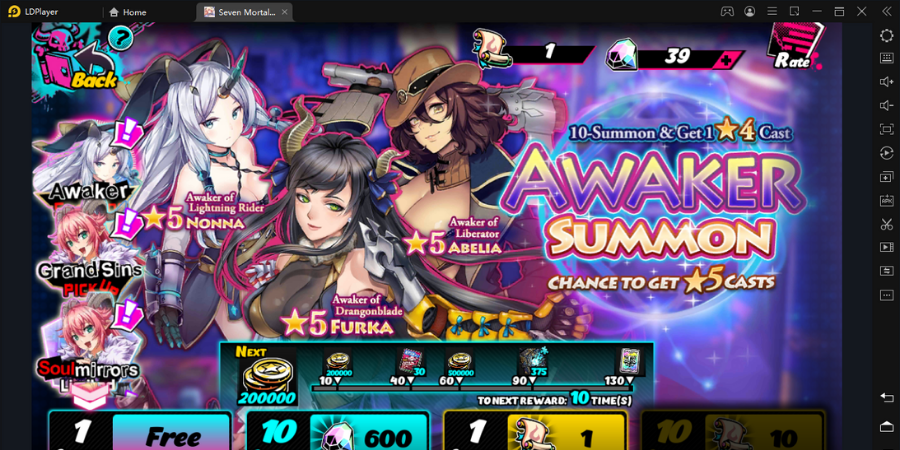 This game has a unique helper system, and it lets you designate a Cast as your ally, ready to be summoned into battle with the press of a button if you find yourself in difficulty. If your squad has fewer than four Casts, your nominated Helped automatically fills the vacant position.

Combat on the Outside

There are various methods to improve your casts and talents outside, as described below.

The first and foremost thing in outside combat is Training. To train a Cast, you must spend Coins, the game's most frequent cash, and Trainers. Here, the trainers can be of varying rarity, and the higher the rarity, the more EXP they provide. Significantly, uncommon Trainers do not cost you any extra Coins, making them exceptional value.

Skilling up, Rankings and Transcending

Skilling up, rankings and transcending are the significant sections in outside combat. Here, the skilling up necessitates the consumption of Grimoires/Bunrei and Casts, which grant you special moves and other benefits. Also, the transcending helps you to raise the maximum level of a Cast to 30. Transcend Materials are required to Transcend a Cast.

For the combats, you can make them a lot easier by playing this game through the best android emulator: LDPlayer. The Keyboard Macro Commands feature is specially designed to ease your combat as it can set one key to perform several actions at one time. And this will be a whole relief for your combat as it needs one action to be done repeatedly to attack enemies. And now, those repeating actions can be set into one key with the help of this feature. 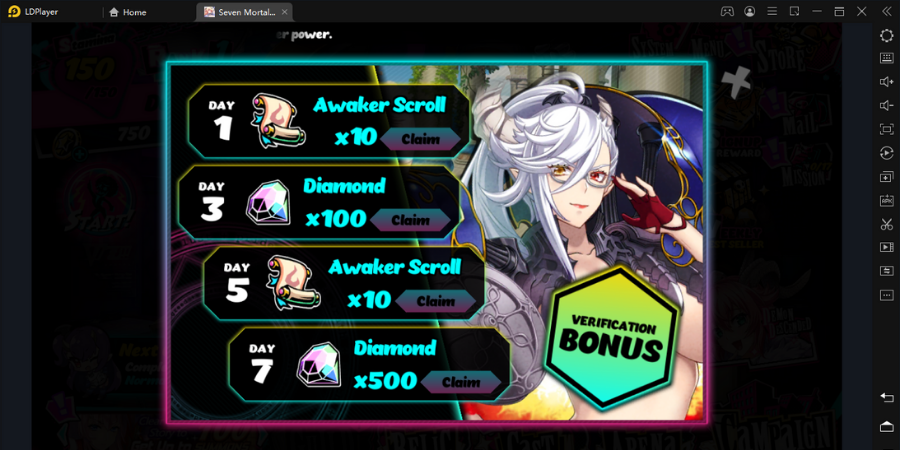 The goal section is relevant for beginners in the Seven Mortal Sins X-Tasy game. Here, you can get more valuable rewards and objectives to move forward in the game effectively. You can get free summons and all sorts of rewards as well. There are some events in the goal section, and you can go for these and claim your reward to enhance your power. 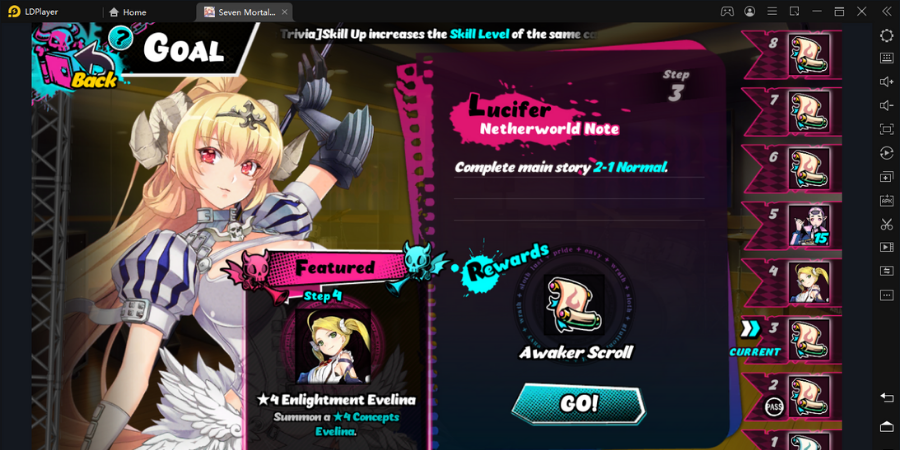 There are a lot of powerful characters in the game. But make sure your choice is not a challenge to you as a beginner player. So we wish to recommend some hero characters in the Seven Mortal Sins X-Tasy game who will help you as a beginner. Lucifer, Farka Grangonblade, Garcias, and Seree can damage your opponents, and you can easily control them in the battle. So try to add three of these characters and empower your squad.

As a gamer, your next goal in rerolling is to claim an awakener scroll and the key objectives that you can get special abilities to get a target of the particular characters you get for free. Keep in mind unless you need to use some special abilities of the hero characters, you may not need to follow these steps.

Also, after completing this reroll process, you can get extra fast reroll mode because, after the completion, you are going to be presented with the infinite reroll. You can select one of your favourite hero characters to get more rewards and level up yourself to defeat your opponents in an advanced manner.

If you need to get a complete idea of how to reroll and its separate tier list, you can check our Seven Mortal Sins X-Tasy reroll guide.

The Seven Mortal Sins X-Tasy game is one of the most exciting games as a strategic RPG gaming concept. So if you are a beginner, be prepared with some basic concepts of the game as we described here. So follow up with this guide, and you won't do anything wrong in your gameplay for sure.