The latest Seven Mortal Sins X-TASY offers an alternative but fascinating concept to the conventional gacha RPG methodology. The series revolves around a diverse cast of sexy and soulful personalities that gamers can unleash, enlist, and utilize in battle. Because it's a kind of "pure" persona collector rather than a standard auto-combat RPG, this brings a unique form of encouragement to engage and advance in the game. 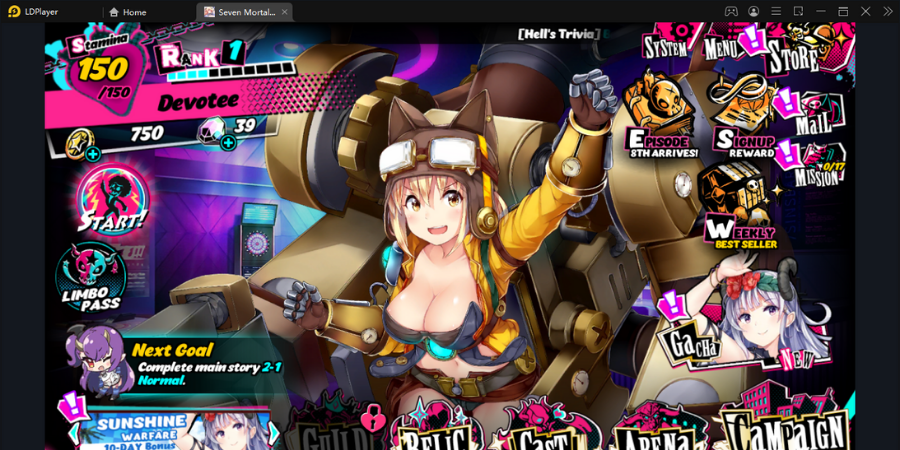 In this manner, you'll not only need to develop and upgrade teams, but you'll want to unveil, gather, and move ahead even the lamest characters to accomplish your collection and acquire all of the associated imagery.

The Seven Mortal Sins X-TASY is a compilation of practical first steps for newbies. Here lies a simple review as it helps explain the entire content, such as the way earlier seized after the end of rerolling and the character's growth elements.

This is what we said first. Reroll is an important task in starting the deadly sin X. The difficulty of the battle will change significantly just by having one Demon King character.

After drawing the recommended characters in the First Debut Lotto, it's one set until you remove the Demon King and hit him. 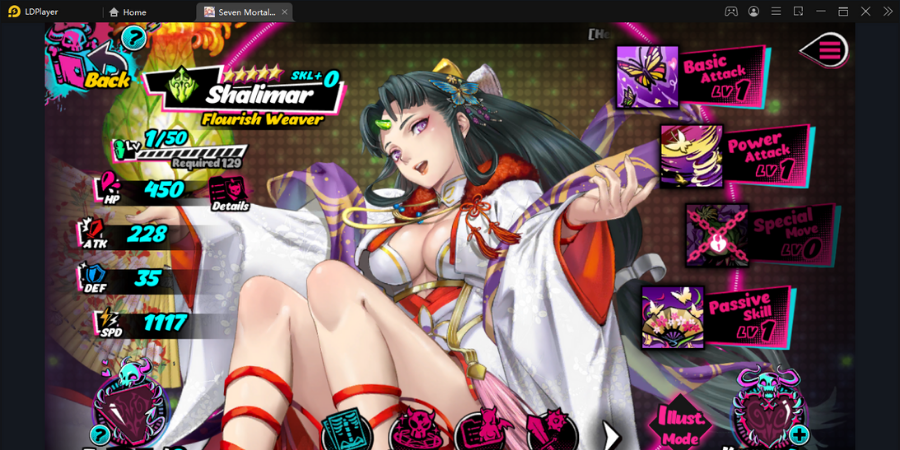 You will challenge various quests if you get a powerful character in rerolls. Let's check what kind of performance the character you got has, and here lies a short Explanation of status and skills.

Let's Raise the Level First, and What is your First Training

You can increase the character's level for enhancements by consuming Makai Coins and Trainers. At first, if you raise two main characters to Lv50, it's easy to clear up to 6 stories. 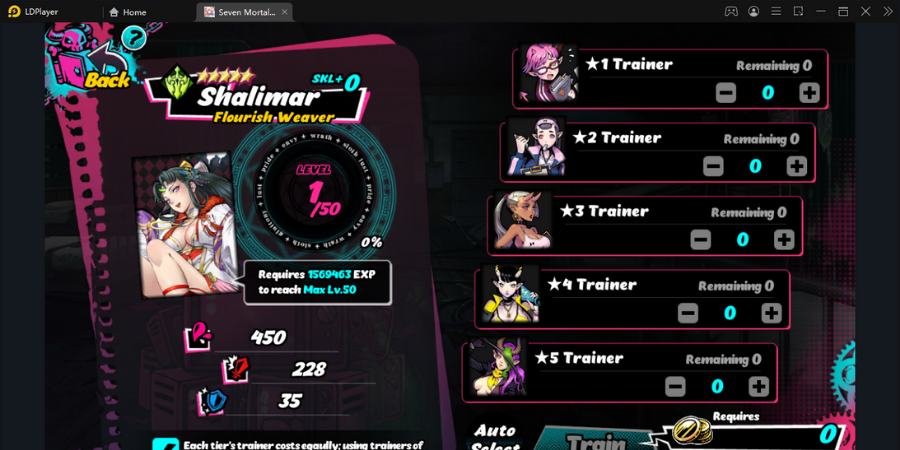 The recommendation is to strengthen 2 stars into 5-star characters and two distributed characters obtained at rerolls to Lv30.

If you equip a star wedge, your status will increase. The bonus effect will be activated in combination. This is the content that will be the most challenging in this game. The more stars, the more significant the correction will be.

There is a favorite set and an iron wall set in the distribution, so let's equip it. We recommend preparing two significant characters.

When the star wedge is strengthened, the effect of the principal OP increases. With each Lv3 addition, the impact of the sub-OP will also be enhanced, or new development will be added. It will be more effective to strengthen this than to increase the character's Lv, so it will be carefully selected until a good OP comes out.

The enhancement doesn't cost many coins up to +6, so let's strengthen the distribution star wedge.

It will also reduce the number of characters, so let's do it actively.

You can use favourable items or raise some characters by advancing the story. If you raise the corrupt RANK, you can get items, and the status will go up very much, so let's expand it first.

Don't forget to buy posters of affordable and favourable items every day.

Going through the Story

Once you've come this far, all you have to do is enjoy the story. Let's defeat the enemy with a character who has become more robust. 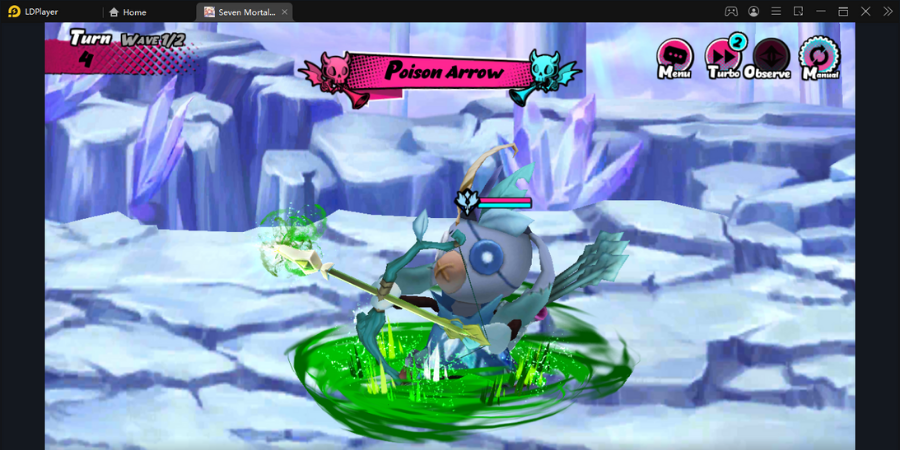 If you feel that the enemy is strong, there is also a way to use a helper. If you feel it is very hard to defeat your enemies with repeating actions, set one key to perform all those actions with the support of the best android emulator: LDPlayer. Here the Keyboard Macro Commands will help you to do it, and you can make your attacks and battles much easier.

Best Tips to Go Through the Game Progression

You can use evolution stones to increase the cast's level cap and status significantly. The attack power and speed increase considerably, so it is essential to challenge high difficulty levels.

In all types of stages, the enemy's strength is one step higher than the previous stage. If you don't prepare everyone's equipment, you can't win. So let's collect it in between. 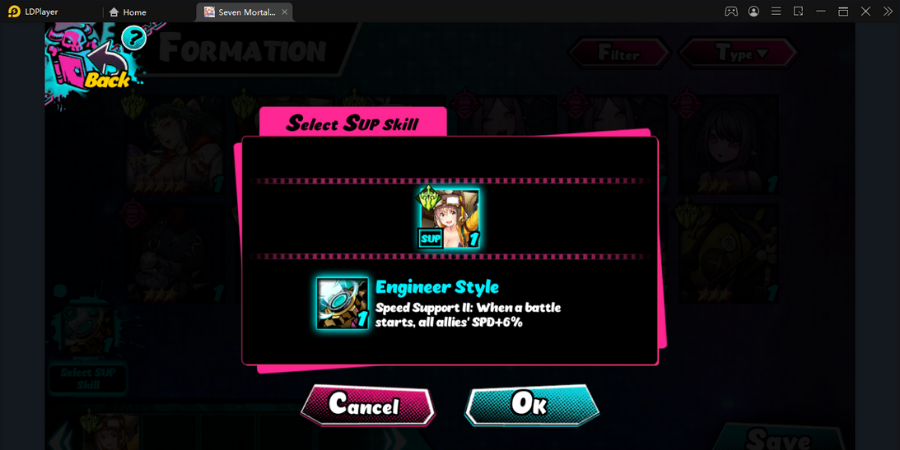 Suppose you raise it correctly with the training method introduced so far (selected by the star wedge). In that case, it is a difficulty level that can be cleared, so let's do it patiently while collecting pieces of the awakening book.

You can get the Soul Mirror Lotto or distribute it (including PASS). It is the second piece of equipment with an effect similar to a star wedge. If you set the soul mirror to a 100% awakening state, the skill awakening will be +1, so you can expect to increase the power of characters that are difficult to collect.

To strengthen it to the maximum, you need the soul's essence, 50,000 and 1.2 million coins, so let's enhance it systematically.

Seven Deadly Sins X-Tasy is time-consuming to develop. If you do it diligently, you will get stronger, so let's do it patiently while consulting with the characters and coins you raise. Nevertheless, in building your treasure trove, you must first play the game and gather the funding necessary for summoning and enhancing your sexy demons as we guide you here.