Kanimal Clash is a real-time play-to-earn strategy game that was developed and published by Ludena Protocol. Players have the opportunity to earn valuable rewards in PvP encounters if they successfully acquire and breed all 32 unique Kanimal NFTs. On the Kanimal market, non-fungible tokens (NFTs) that have been issued by Kanimal can be staked to earn further incentives or traded. You can improve your deck and give yourself the ability to take on more challenging opponents if you compete in tournaments and acquire token awards, and successfully complete those events. You will be able to participate in the monthly ranking wars to earn a number of amazing awards and reputations; they are just incentives you receive in addition to the money you earn from P2E as one of the best play to earn games. .

In addition to engaging in combat and taking part in tournaments, there are additional activities that can lead to the acquisition of awards. If you want the best possible visual experience and the easiest controls, you should play Kanimal Clash on PC with LDPlayer 9. Let's not spend any more time and dive straight into this Kanimal Clash beginner's guide, shall we?

How to Play Kanimal Clash?

When you open Kanimal Clash you will be taken to the lobby. You can get into battles by clicking on the battle icon on the right side of the screen. But at first, you will only be able to fight on some of the game's maps. You have to earn a certain number of points to unlock each map. As you move through these maps, the battles will get harder and harder to win. You'll get boxes when you win, and they'll be kept in the lobby. You can only hold four boxes at once, so make sure to open them as soon as you get them. When you click on the battle button, you'll be taken to the window where you can make your deck. Here, you can look through your cards and add or remove them from the active deck. The only downside is that you can't make more decks; whatever you choose will be used in battle. If you want to know what each card does and how it works, you have to touch it once.

It will flip over and show you two buttons that say "use" and "info." The "info" button lets you see the card's details, while the "use" button lets you add it to your deck. You can check your daily quests, your achievements, and your rank all in the same window. In the daily section, you can open reward chests when you have done enough daily quests.

When you start a battle, you'll have four random cards face up, and when you play them, you'll get a new card. The yellow bar below your cards shows how much energy you have, and it fills up with each round. The next thing you'll see in the battle window is a purple gauge with a skull on it. When you destroy your opponent's cards, this gauge will fill up, and when it's full, you'll be able to use powerful cards to help you win battles.

What is the Ludena Protocol?

Ludena Protocol is a Game-Fi Social Platform, you can make money by playing games, staking, exchanging non-fungible tokens (NFTs), and doing other things in-game, like live streaming, writing community posts, helping other players, and taking part in the platform's scholarship program.These are all examples of activities that can be performed in-game.

The Ludena Protocol ecosystem will continue to get new games from both the Ludena Protocol and the publishing partners of the Ludena Protocol. The deck in the real-time multiplayer strategy game Kanimal Clash consists of nearly 10,000 Non-fungible tokens. Earning tokens, leveling up your animals, and ultimately winning the game all depend on your ability to properly defend against the decks used by your opponents. Players have the ability to purchase, sell, and trade not only NFT products from a wide variety of P2E games but also avatars, room interiors, and lands in the complete metaverse of Ludena World. Not only in Kanimal Clash this functionality is available across all of Ludena World's games.

On the Ludena Protocol staking platform, investors and gamers alike have the ability to stake LDN tokens in order to earn rewards. Following the conclusion of the lock-up period, normal staking privileges for LDN will be reinstated.

Tokens based on the ERC-20 protocol can be exchanged for LDN. Several different games use the Ludena token, also abbreviated as LDN, as a form of playable cash. Users and developers of games have the potential to build a connection that is beneficial to both parties by utilizing a scholarship system that divides earnings.

The LDN token will, at some point in the future, take on the function of a governance token, and a separate utility token will be made available to encourage self-published games. This will occur as Ludena continues to develop.

You can't just log in to Kanimal Clash with your Google Play ID as you would with other games. First, acquire eight different playing cards by signing up for a marketplace account. Next, navigate to your marketplace account, and in the upper left corner, select the option to "show QR." To complete the process, start the game, then scan the QR code to gain access. The upper right corner of the screen displays the game's three basic currencies: Boxes, Rank point, and YAC. The first type is called smart Boxes, and it's possible to get these by beating adversaries in the game and then opening them up to get YAC tokens.

You will climb higher in the ranks and accumulate ranking tokens when you win against other players. YAC tokens serve as the game's third form of currency and can be used for various purposes, including breeding, leveling up, and more. Participating in competitions is the first step that must be taken in order to receive governance tokens.

Then you can find the store in the top left-hand corner of the display. You can breed Kanimals on the NFT market, as well as level up, buy, and sell there. It is possible to connect the Ludena Wallet to the Market.

You need to do a good job of breeding your Kanimal if you want to be successful in battles and competitions. The price of a WLDN or YAC token increases in direct proportion to the number of Kanimal that are created from a single token, and each Kanimal has the potential to have up to seven offspring of their own.

As the child develops, the capabilities it possesses and the appearance it takes on will both be influenced by its parents. Only Kanimals of the same species are able to reproduce, and the offspring are enclosed in a capsule that cannot be opened until after a predetermined length of time has elapsed.

The Kanimal Clash gives players access to hundreds of different abilities. The destructive potential of each ability can either increase or decrease depending on the nature of the opposing character's element. The way a game is played can be altered in a variety of ways by a combination of active and passive skills.

There is a direct link between how powerful an NFT card is overall and how many abilities its owner has. For instance, the Earth-based Skeleton Back has three special skills that it can use. How they are used in battle has a direct effect on how well they work.

Because of its straightforward design, that's all there is to learn how to play Kanimal Clash. To win, all you need to do is pay attention to how your cards function and how much of an impact they have when played, and then decide where to drop them. We appreciate you reading this far and wish you a pleasant day. 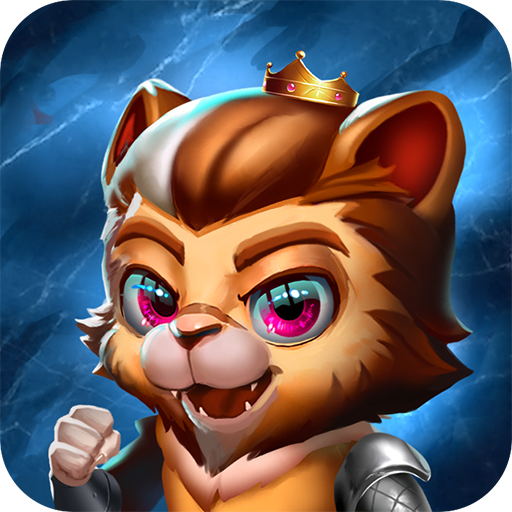