Yet to release Turn Based Role-Playing Game that fires many gaming souls is the Infinite MagicRaid. This game contains many modes, such as PVE, and PVP. Of these two modes, the favorite of all the players is the PVP Arena because of its competitiveness. Since this Arena is very competitive, the winning probability is less here. But we want every player to succeed in Arena matches, and that strong desire made us design an Infinite MagicRaid arena tips guide for your wellbeing in Arena. 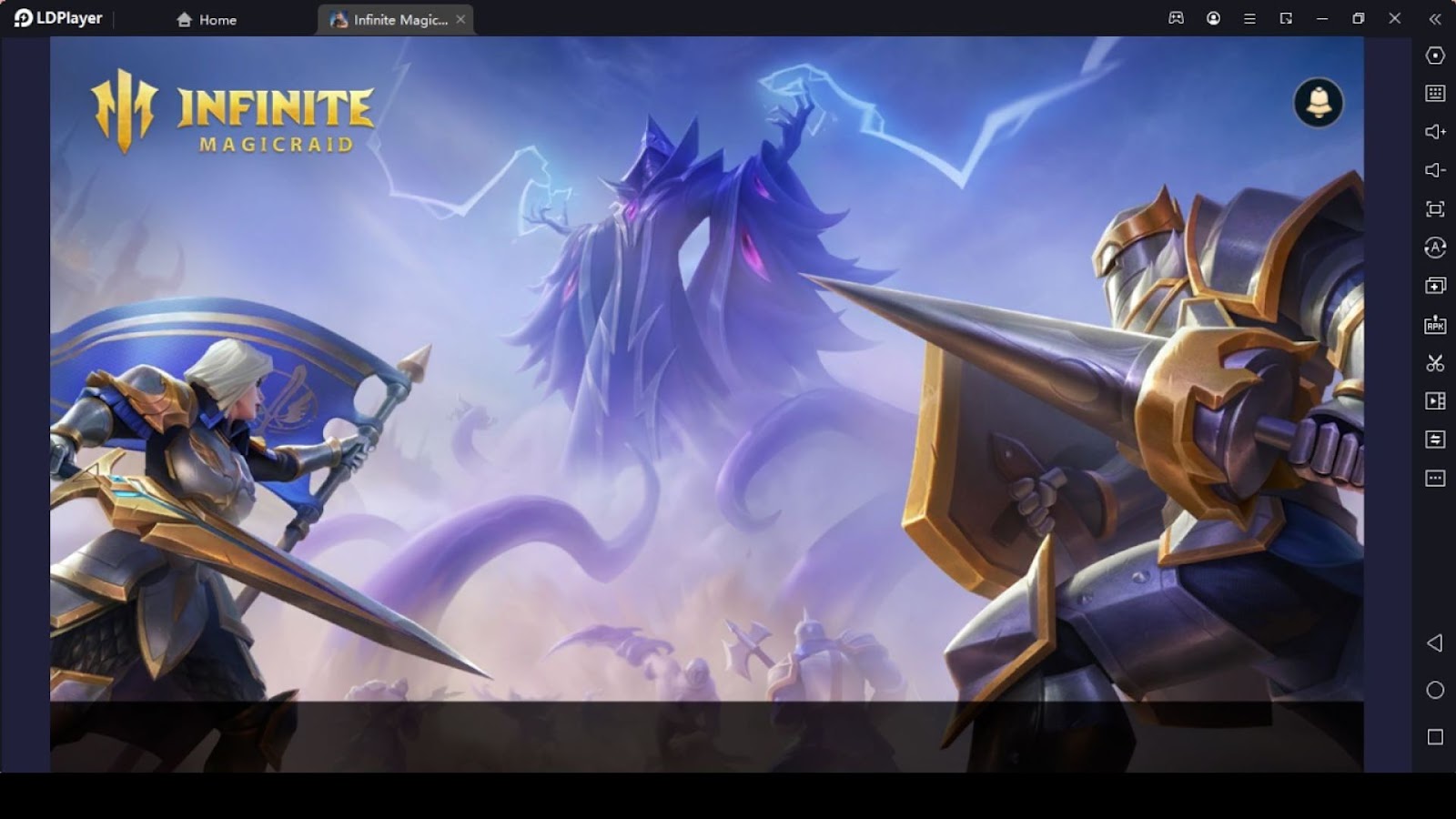 Let us go to our guide filled with Infinite MagicRaid arena tips to win arena battles using the best strategies.

Once you enter the Arena section, the players can see three types of Arenas in the game; Classic Arena, Advanced Arena, and Guild Arena. And all these Arenas have seasonal countdowns, which means they are available for a limited period, and the players need to have battle tickets to participate in these. Let us see some usual Infinite MagicRaid arena tips about these three types of Arenas.

This is the Arena where the players have to fight only using one team consisting of five heroes, and it will be more competitive because the player can only bring one team to the battle.

In the Classic Arena, the players can challenge any available player using your Classic Arena tickets. But it's essential to check their team and your composition before challenging them for battles.

In the Advanced Arena, as its name says, the players can take multiple teams (15 heroes) into the battles, making the fight more advanced. 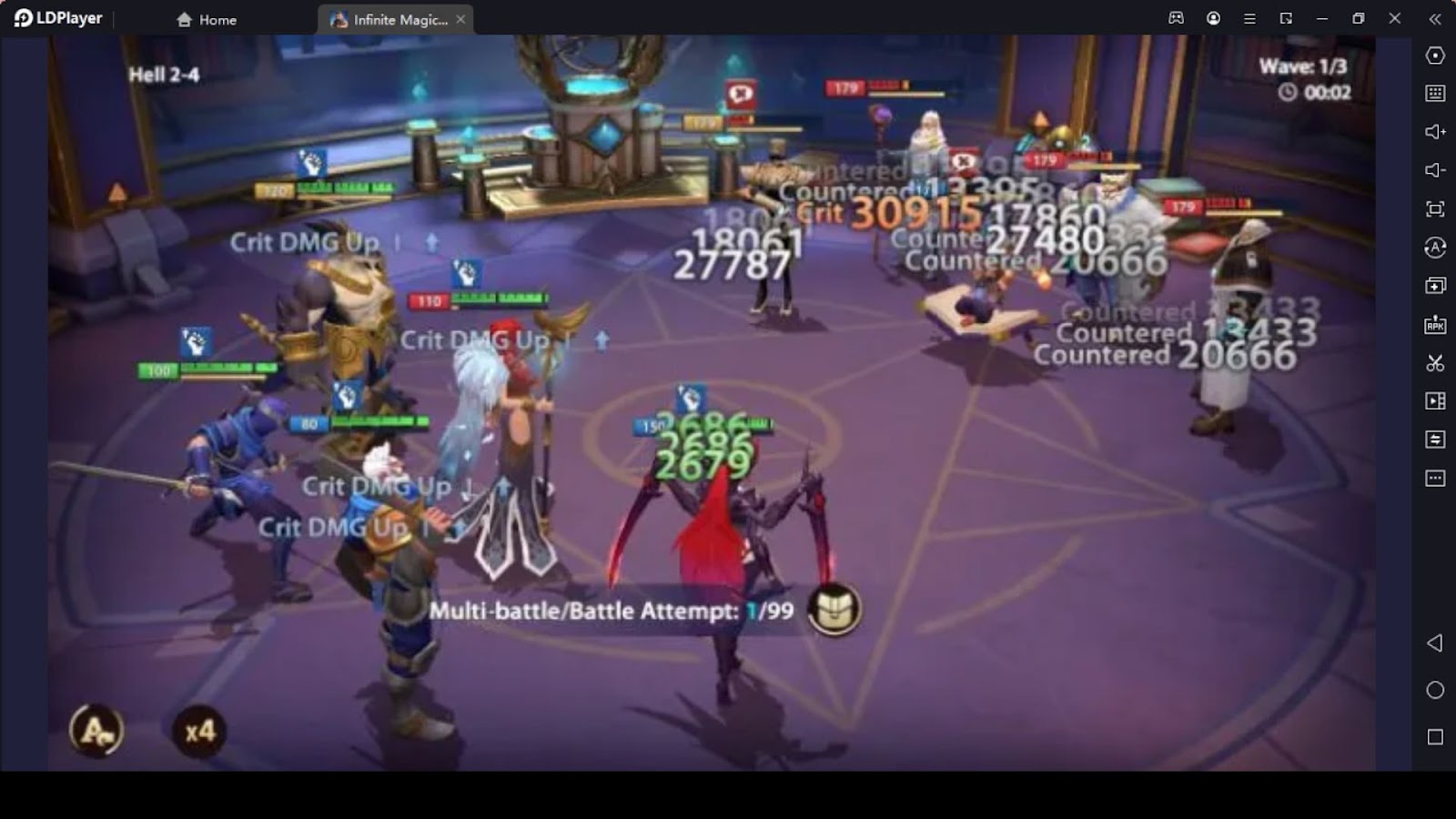 Guild Arena is where one guild is fighting against another guild with a certain number of participants from each guild, and to participate in this Guild Arena, the players must have joined with a Guild at first.

Still, there is no battle evidence about this Guild Arena; we cannot predict whether the battles will be Traditional Classic Arena or Advanced Arena style.

But remember that the winning probability will depend on the number of rarest characters you have other than the lower rarity characters.

And also, make sure your team has a character that can perform shields and a character who is provoking others and performing counter-attacks before you rush into the PVP Arena battles.

Every character in the game has their mark, which makes them more special than every other character, and each mark has its strengths and weaknesses against every mark. This marks system is known as the Tower of Marks Hierarchy, and the players can take advantage of this hierarchy when they enter into PVP Arena battles. 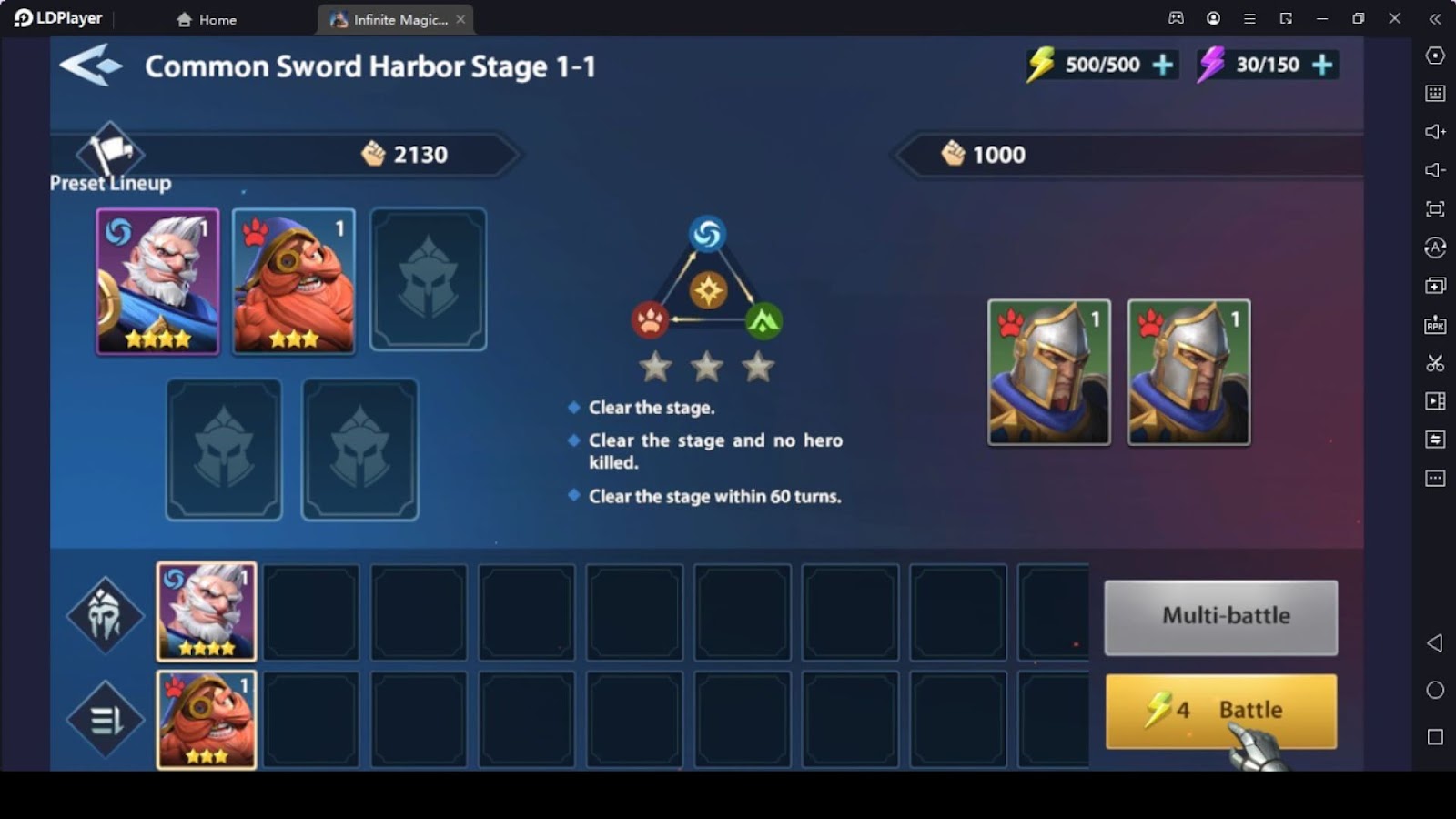 There are four marks here Green, Red, Blue and Force and let's see the Hierarchy now.

When you challenge someone in Arena battles, especially in Classic Arena, it's better to check each character's marks and challenge that opponent if it's beneficial.

Infinite MagicRaid Arena Tips to Be Strategic in Arena

Entering into PVP Arena battles means entering a world where competitiveness is the king. So, to gain victory in each Arena battle, it's essential to have some Infinite MagicRaid arena tips for being more strategic and tactical. Let us learn some basic strategies the players can use to increase the winning probability in Arena battles. 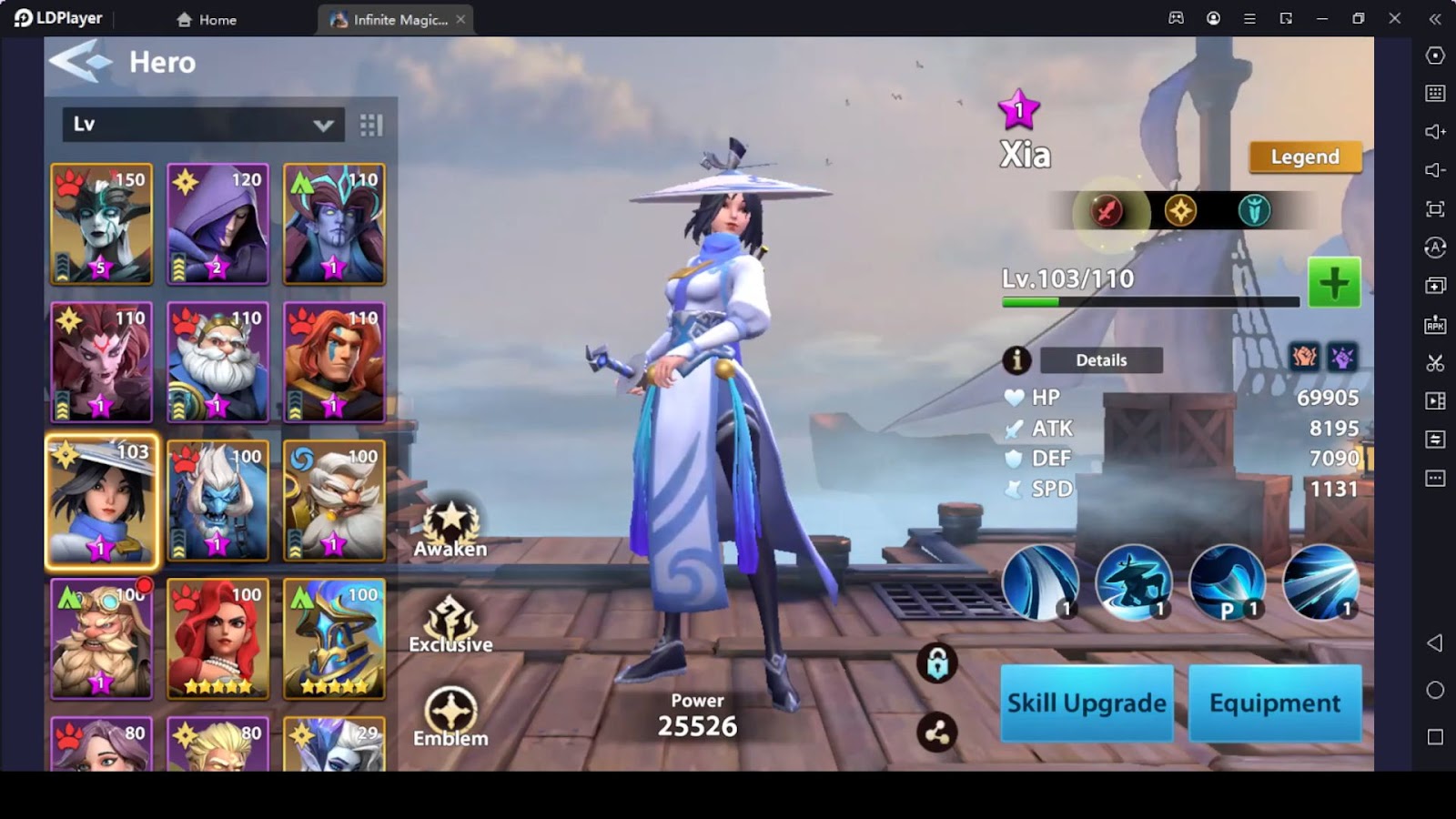 Benefits of Participating in Arena

This is crucial as one of the best Infinite MagicRaid arena tips. Even though PVP Arena battles seem very complicated and competitive, it will be so advantageous if you engage in these battles because these battles can give you lots of rewards and opportunities to accomplish many things in the game. 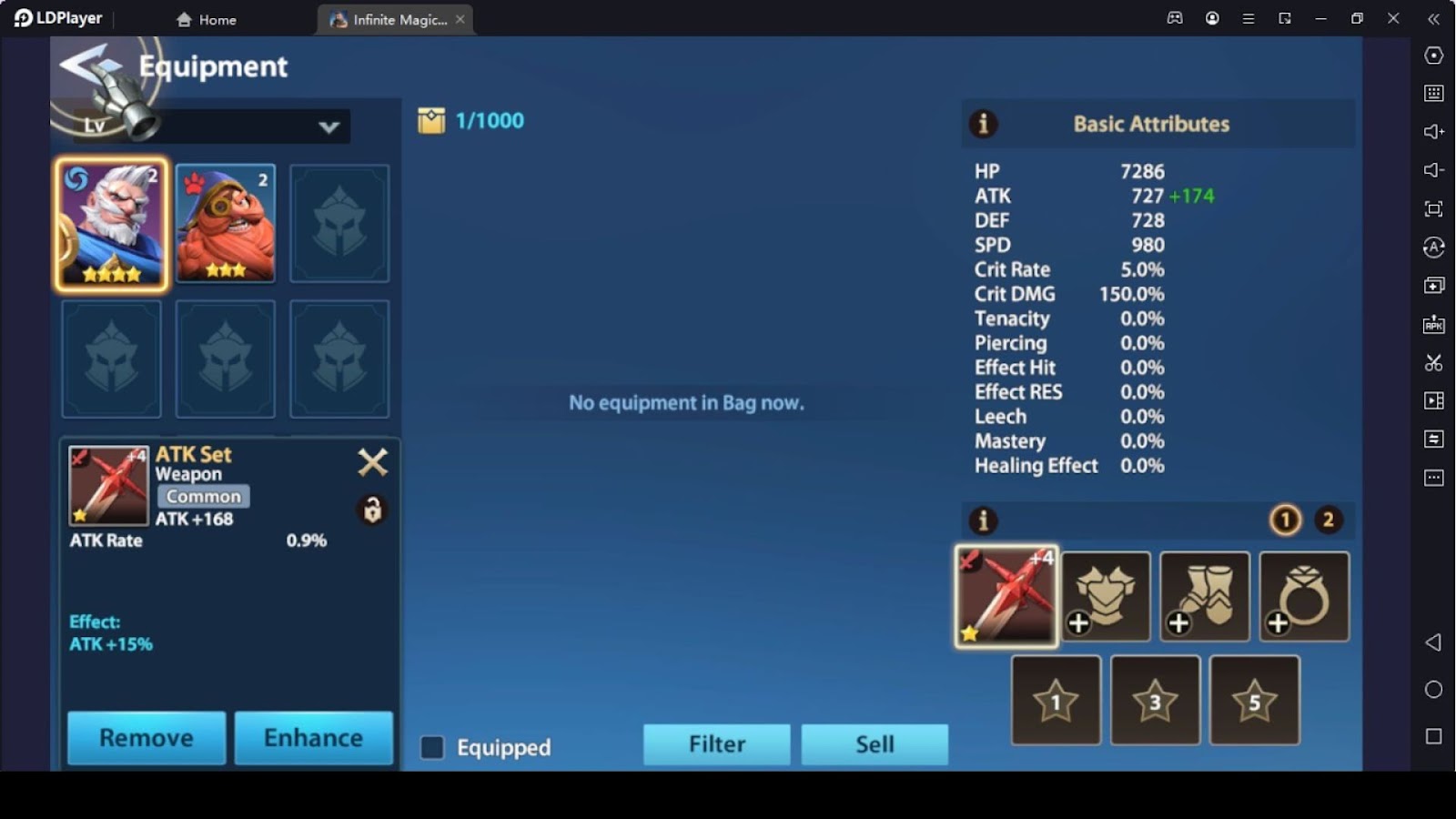 The best of the Infinite MagicRaid arena tips we can share with you is to play the game with the best android emulator LDPlayer 9, to have increased victories in Arena battles. Because the LDPlayer 9 is rich in tools that can make the actions more convenient and efficient without struggling to win.

Using the Keyboard Mapping tool in LDPlayer 9, players can set several shortcut keys to perform several actions such as performing attacks, controlling character movements and using skills in each character etc. With this tool, players do not have to tap on several icons to do any of the actions mentioned above but to use the shortcut key you have assigned to perform each task. 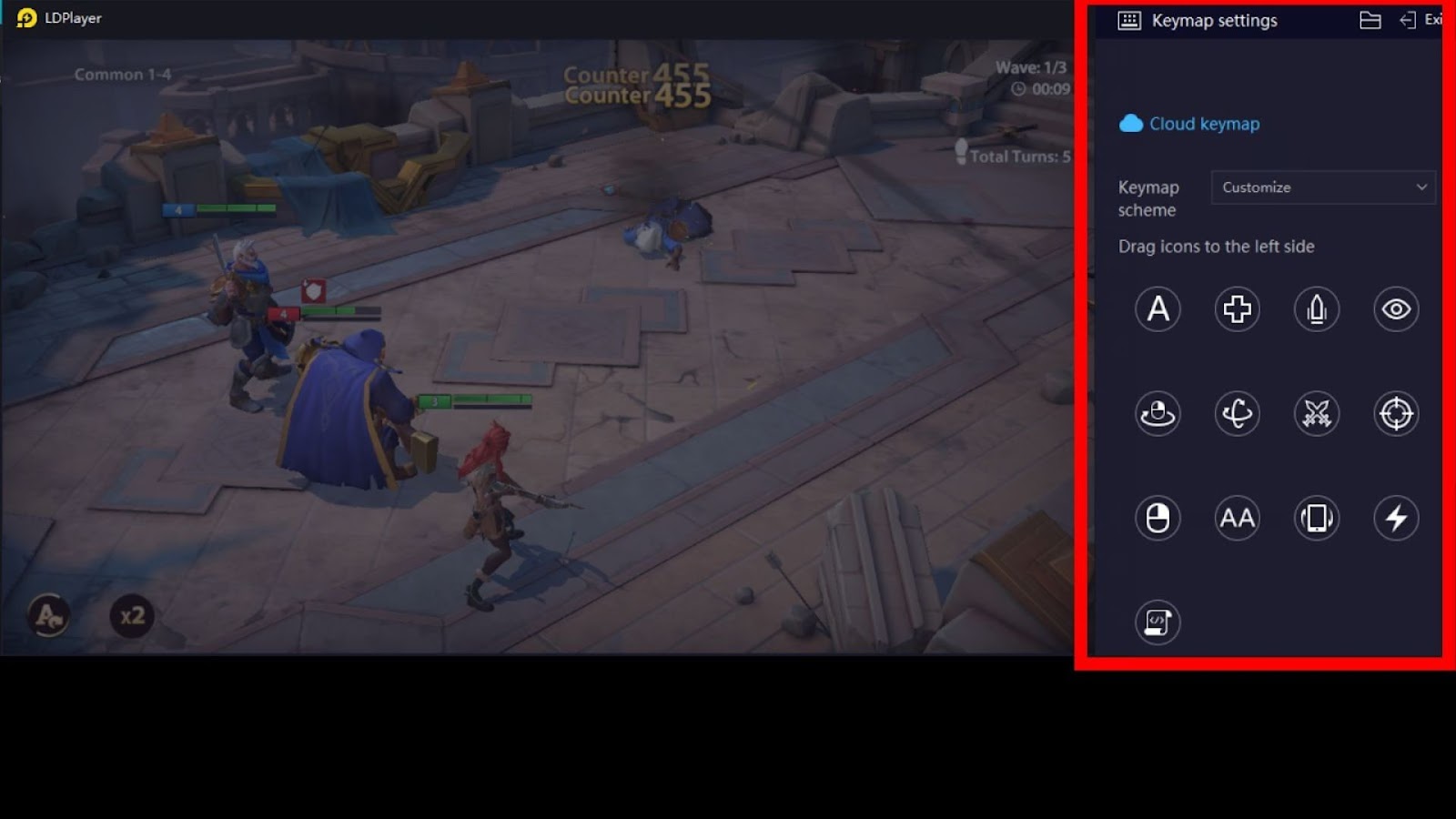 Another tool the players can use to experience more efficient Arena battles is the Keyboard Macro tool; players can assign one key to perform more than one activity simultaneously. For example, suppose the player wants some character to attack an opponent by activating a particular skill. In that case, the player can create a macro to assign just one key to perform both actions together.

To know more convenient tools that the LDPlayer 9 offers to increase the probability of gaining victories here, you must try the game with the best android emulator LDPlayer 9.

With these the best Infinite MagicRaid arena tips, it is your turn to try all the tips we have provided to win Arena battles once it is released. But as we said earlier, winning probability in the Arena battles can be increased by playing the game on the best android emulator LDPlayer 9. We wish you all the best to chase the Lihem, known as the Evil God, out of the whole universe and make the Lowess more peaceful than ever before.