Many players need to open multiple instances of LDPlayer to play games, such as drawing the first raffle for a game mutiple times, playing a new game account away from keyboard, etc. Players who are not familiar with the operation of multiple instances of LDPlayer can refer to the Multi-Instance on Emulator tutorial to learn more about the various buttons of the LDMultiPlayer and their uses.

This tutorial will tell you what factors affects multiple openings of the emulator, how to set emulator parameters and optimization for multiple emulators to achieve opening as many emulators as possible.

First of all, we need to understand that opening multiple instances of the emulator is affected and restricted by the various hardware of the computer, including the computer system, CPU, memory, graphics memory, etc.— all of which have an impact on the specific multi-opening of the emulator.

CPU/Processor : CPU is the core element that limits the number of emulators. The more cores and threads of the CPU, the higher the performance of opening multiple emulators.

RAM/Memory : After the game is started, both the emulator and the game will occupy memory resources, and the special effects of the game and the loading of resources will increase the memory usage.

Of course, other computer hardware, such as mains voltage, heat dissipation, hard disk model, etc., more or less affect the specific number of instances of LDPlayer.

There are other software-related factors such as switching to the discrete graphics card to run the emulator, turning off the antivirus program's hardware-assisted virtualization, etc.

2. How to optimize and reduce the limitation of multiple emulators

CPU, RAM, resolution and DPI settings: By appropriately reducing the parameter settings of each emulator, you can reduce the emulator's occupation of computer resources, such as the emulator parameters with a resolution of 1280x720 (dpi 240), 1 core, and 2048M — the emulator parameter settings that most games can directly apply. Some games require 2 or 4 CPU cores to open normally. Playing more of these games will have higher requirements for the computer equipment, so it is not recommended to play more of them on multiple instances of LDPlayer on computers with lower equipment away from keyboard. 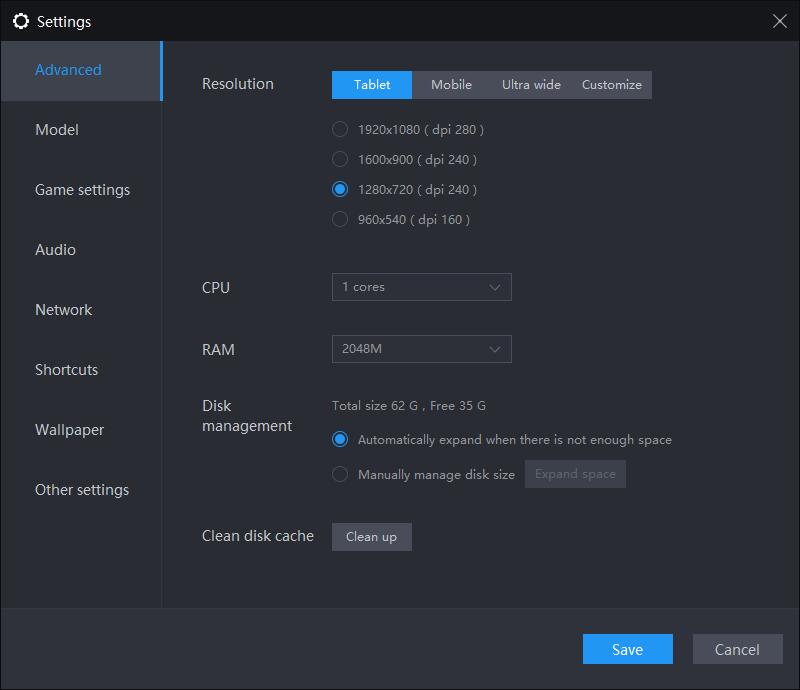 Open the "Multi-player", click on the "Optimization" button, you can see the FPS settings, whether to disable the multi-open audio, memory optimization, smaller disk mode, virtual disk mode and other optimization options. After setting parameters, you need to restart the emulator to take effect. .

For computers with lower equipment (There are not many processor threads, and the graphics card is integrated graphics card), if you want to open as many emulators as possible, it is recommended to change the FPS to 10~20, and tick options Disable audio when multi-play, Memory optimization, smaller disk mode, high-speed virtual disk mode. 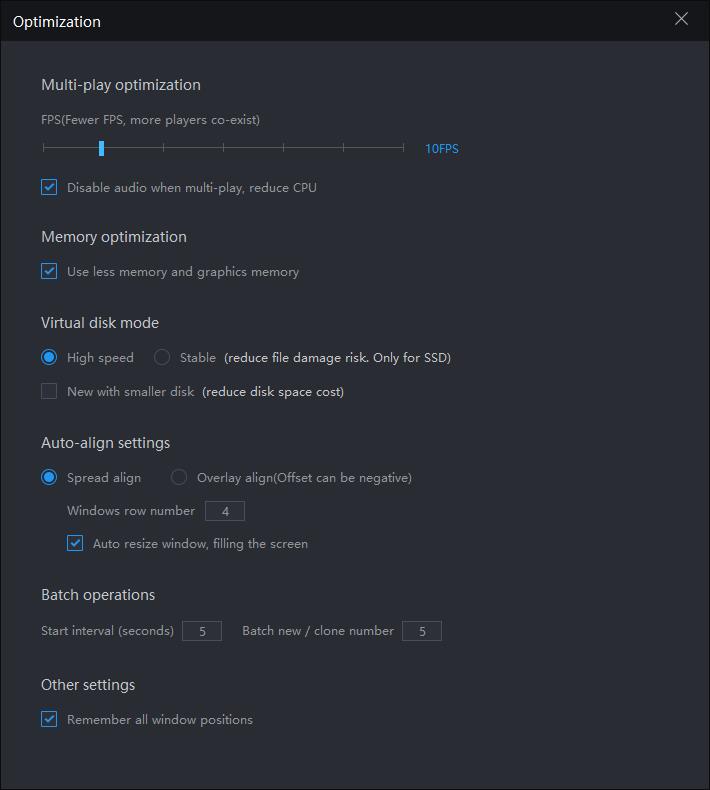 If you only need to open 3-4 emulators, you can appropriately increase the FPS to 30-50, and just check the check box Disable audio when multi-play and Memory optimization.

Additionally, even for mid- and high-end computers, if you want to open more emulators, FPS settings, smaller disk mode, and other settings that reduce the resource usage of the emulator, all need to be turned on; special effects in the game, the number of people displayed , graphics quality also need to be adjusted down.

Was this article helpful?
Yes No