Do you know about Hockey? Have you played Hockey, or do you wish to play Hockey? If so, you can play Hockey with the Glow Hockey game, in which you can experience a new style of Hockey gameplay, and when starting the game, everyone loves to have better gameplay. So, you can refer to a Glow Hockey beginner guide that includes all the guidelines with everything you should know. 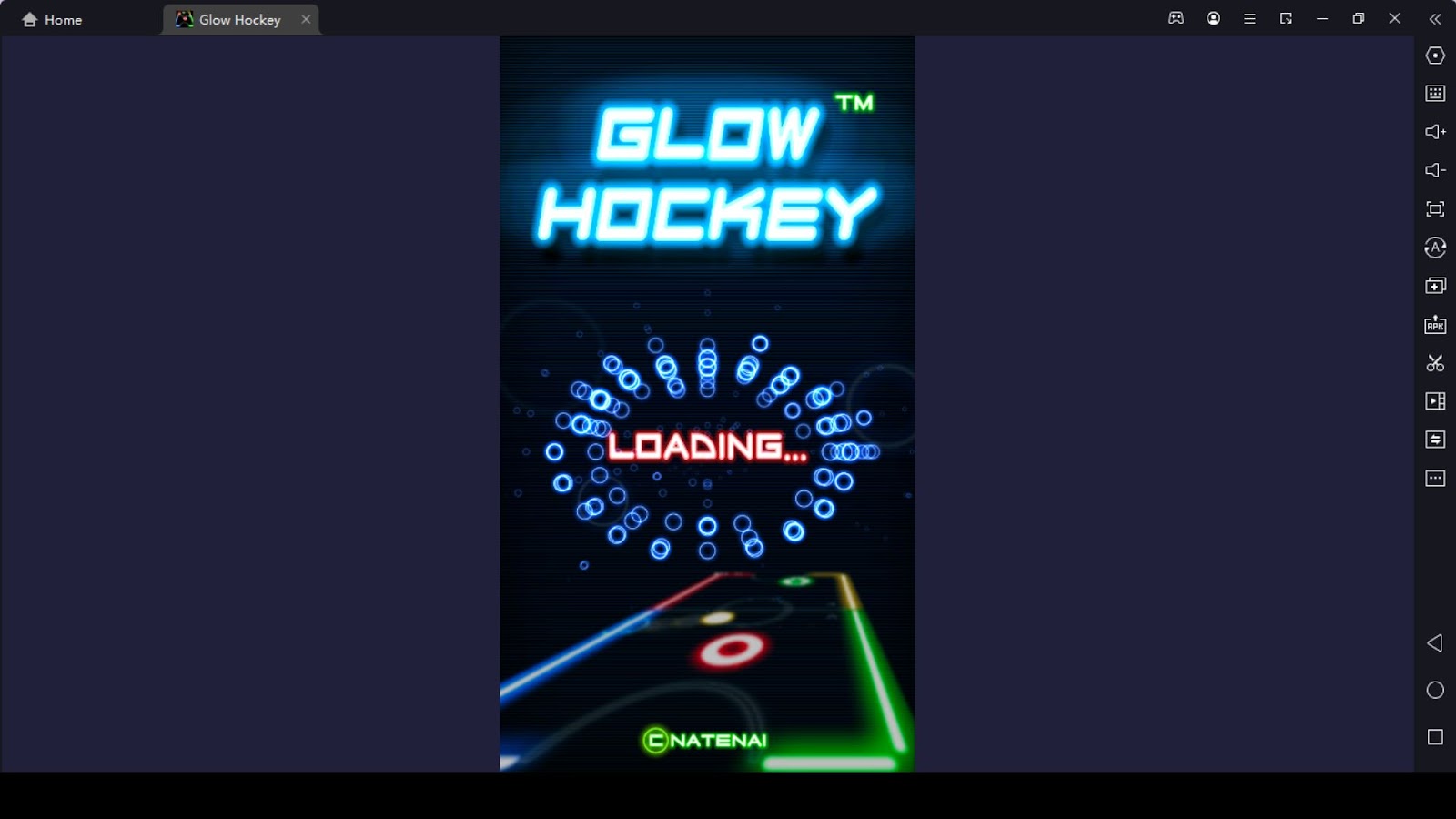 As we said earlier, you will not experience the traditional Hockey gameplay, but you will experience a new game with many modifications. Therefore, you should stick to this beginner guide to know everything and be a good player to win every match you participate in. Once you have a better idea about the game, you can participate in any contest in the Glow Hockey on PC game without fear of being defeated.

When you enter the game, you will see a simple interface with only a few options, and the first one is the championship. The championship is where you can participate in matches, and when you win one contest, you can go to the next level.

Like this, you can start up to three matches and save the progress, which means when you feel like it is enough playing today, you can resume the match and return to the main screen, and when you come to the game the next day, you can start the match precisely from where you stopped. 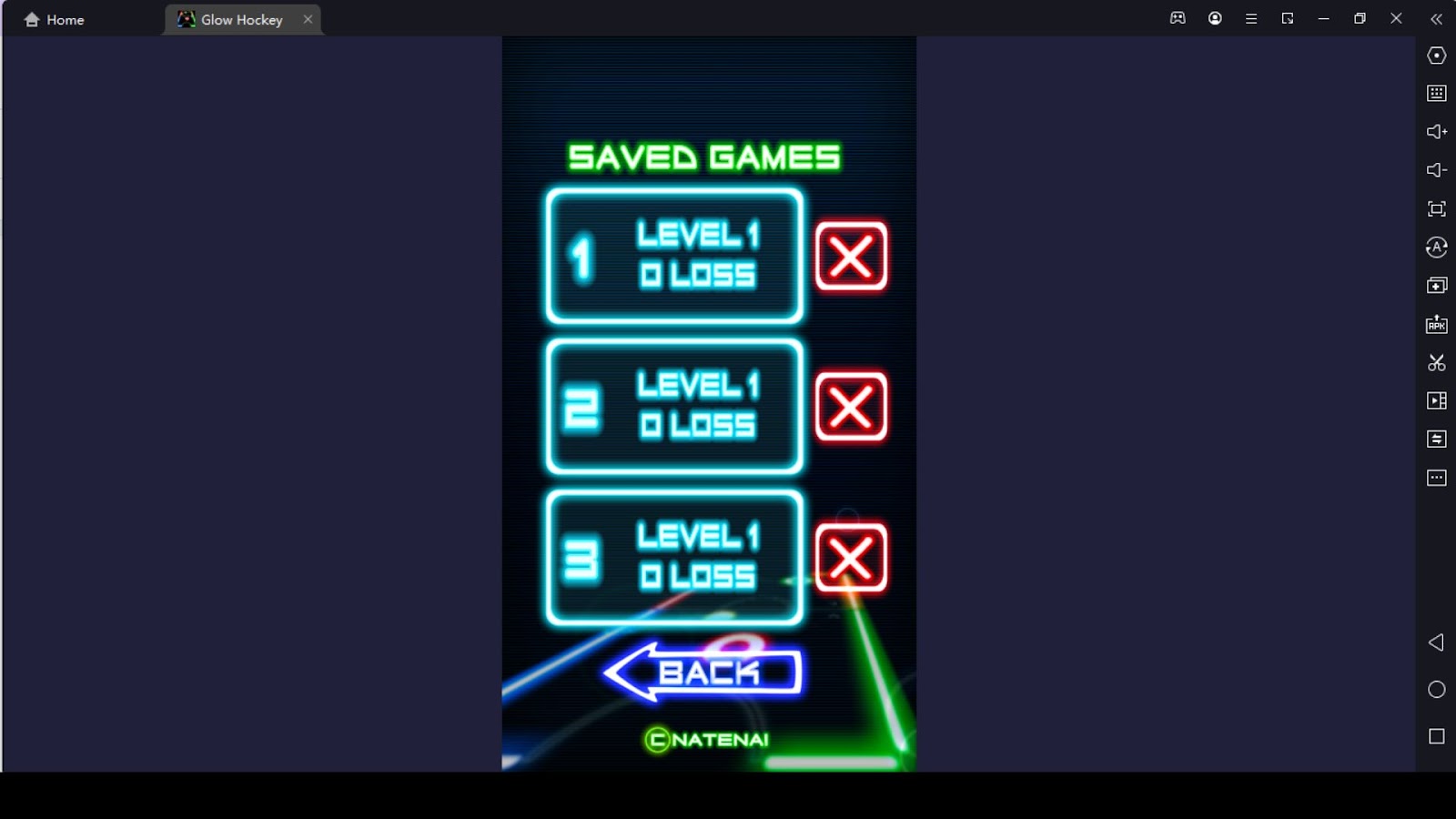 Also, if you need to restart the championship matches without continuing from where you stopped before, you can tap on the cross mark on the right side of the saved games to delete all the saved data from that match and start again.

Another thing about the Championship games that every beginner must know is that, no matter how much you lose in a level, you will have infinite chances to play the game from the same level without making you start from level one.

The next mode you will see in this game interface is the one-player mode, and in this mode, you will also play against an AI-controlled opponent, which means the game will be somewhat more complicated than you imagine. But do not be discouraged because this guide will give you all the guidelines. 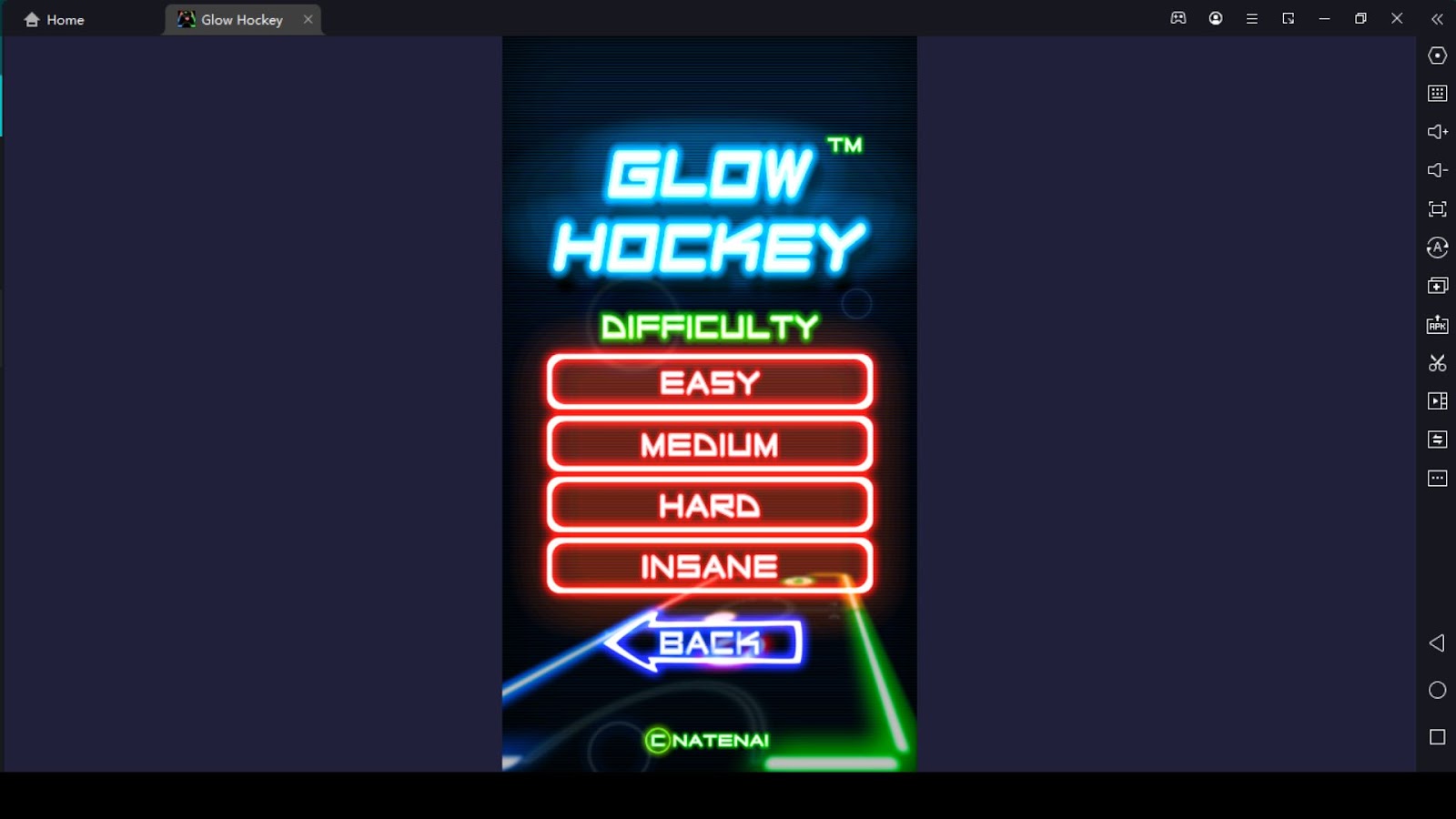 In the one-player mode, there are different difficulty levels that you can try out, such as Easy, Medium, Hard and Insane, and as you can understand already, the Insane level is the hardest to beat. Since you are still a beginner to the game, you should start playing the game with easy mode, and then you can gradually go to the next level, medium. Then you can try the hard level, and finally, you can play the insane level which requires an insane ability to win the game.

There are no levels such as level one, level two, and onwards in this one-player game mode. Once you win a match from an easy level, you should not determine to move to the medium; instead, you should play easy matches continually to ensure you are talented enough to move to the next level, the medium.

This is the two players mode which means in this mode, you will be able to play the game with some other player instead of the AI-controlled one. If you are tired of playing with an AI opponent, you should come to this two-player mode that allows you to play with another one that you can physically contact right now.

Physically contactable player means in this mode, you are not going to play with an online in-game friend or a Facebook friend; you need to find a partner near you to play this game with you on your phone. 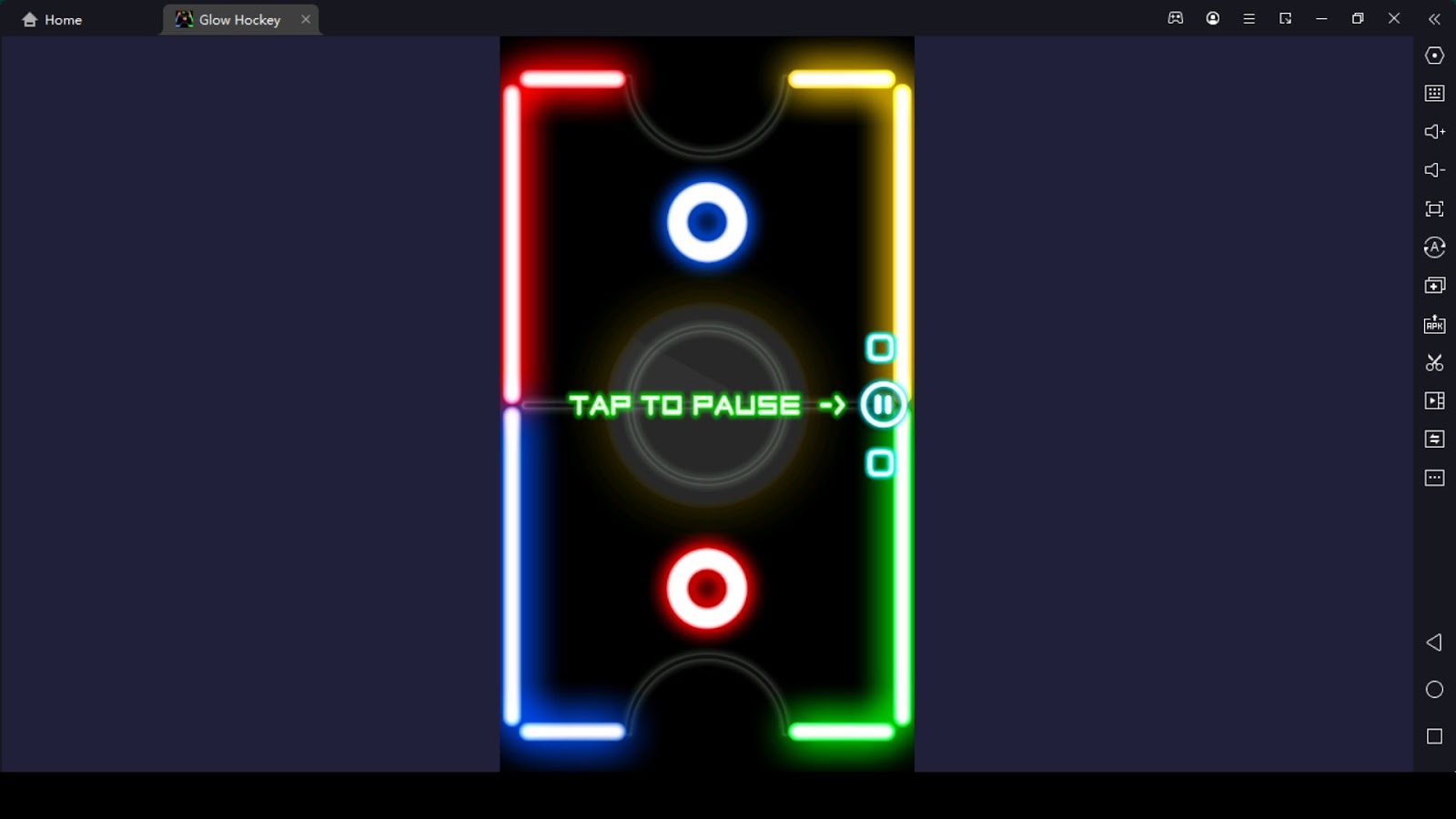 Here in this game, you will have no game levels or difficulty levels; instead, you can freely play with other players until one of you scores seven goals to win the game.

The Hockey Pitch here in this game is magnificent and colorful, like a Neon pool with so many colors that attract eyes, but this can be changed through the setting, and we will discuss that later.

This pitch is divided into two sections equally, and when the start of the match, the hockey disc or the puck is placed in the middle line, which the pitch is divided, and there are two hockey paddles for you and the opponent player to hit the puck to achieve a goal. 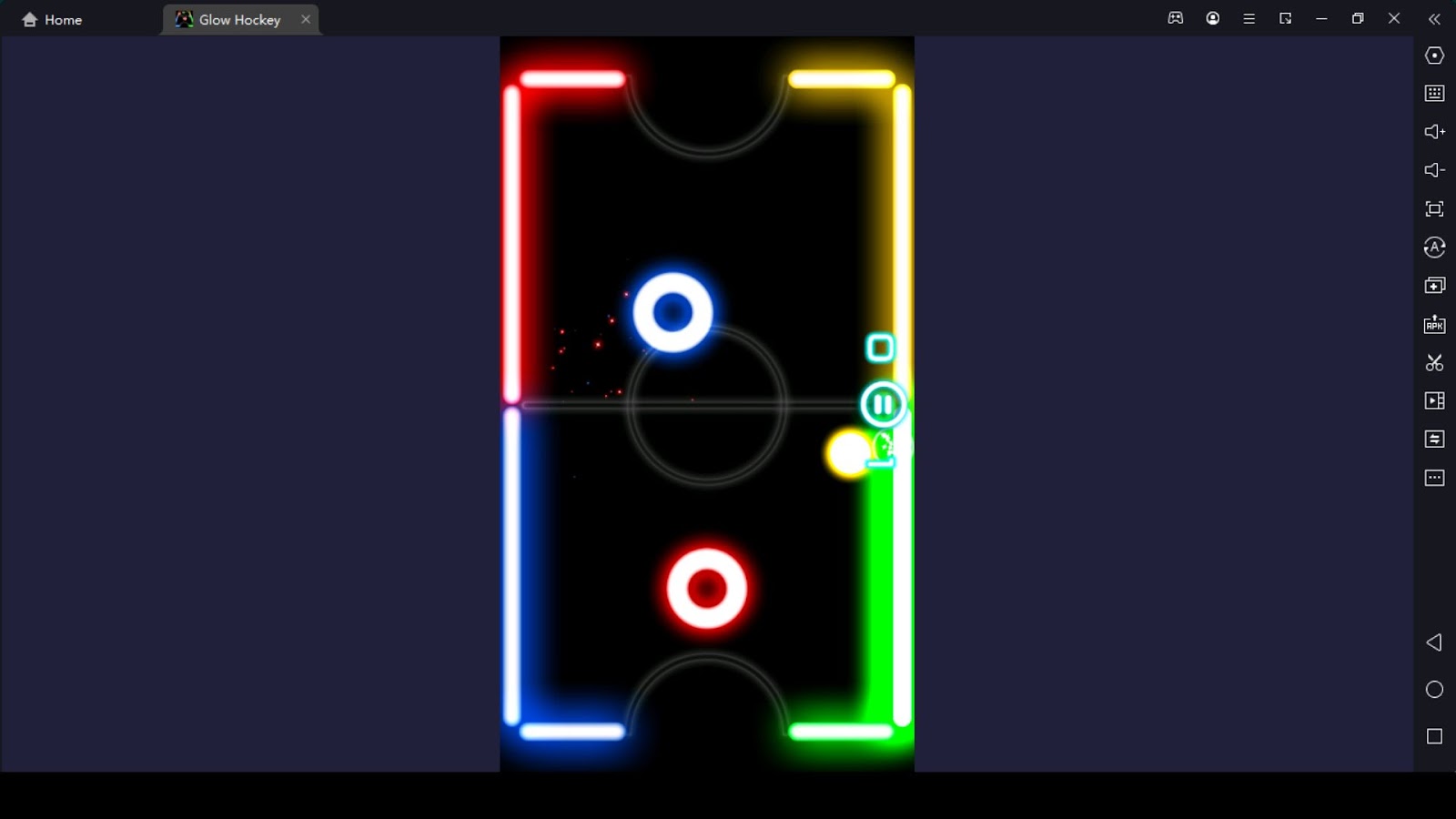 And also, you are not allowed to move your hockey paddle from beyond the line that divides the hockey pitch, which means you can only move your paddle on your side pitch, and you cannot send it to your opponent's side.

Customizations of Pitch, Paddles, and Puck 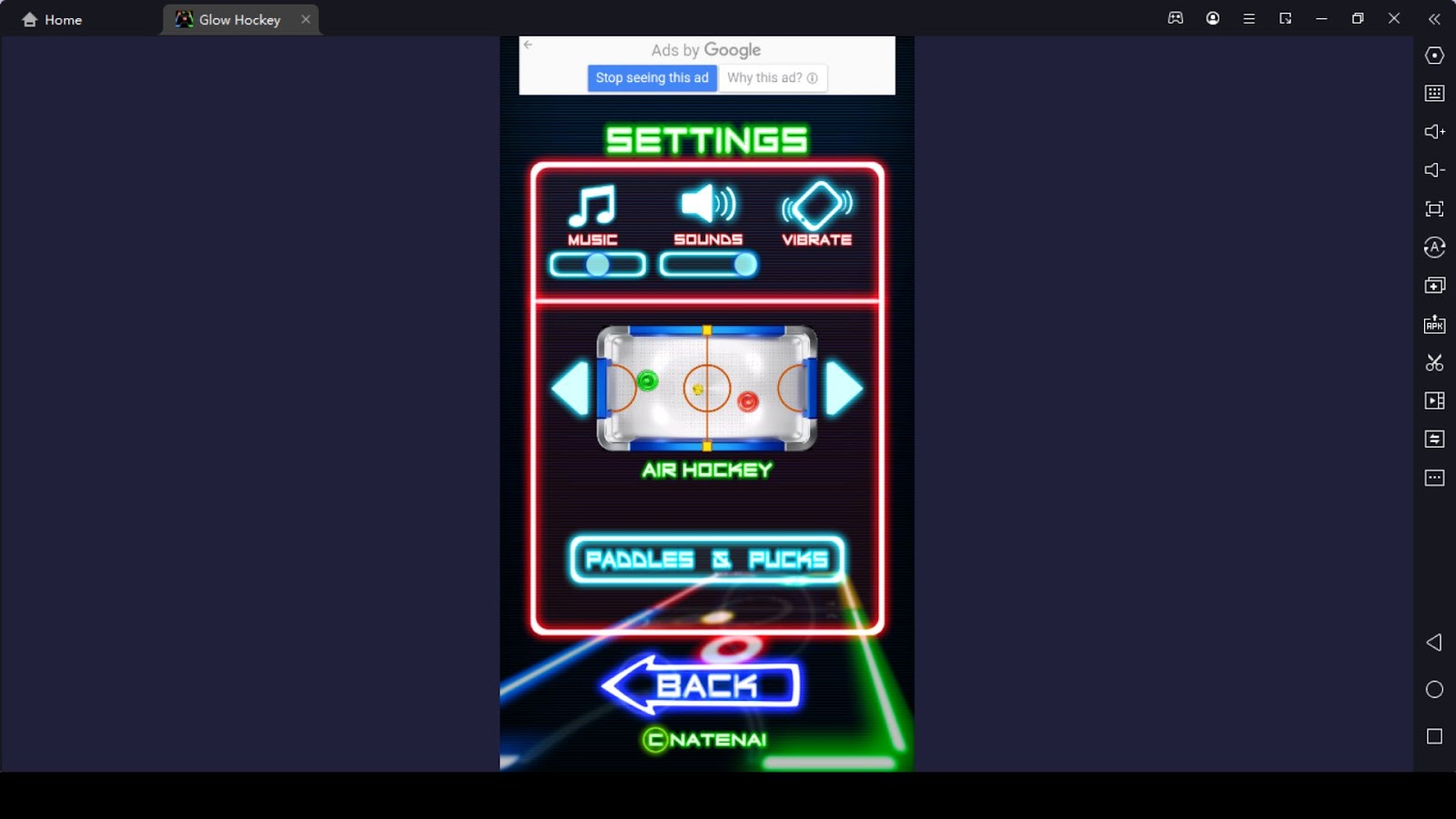 Since you have completed reading this Glow Hockey beginner guide, how do you feel about the game? Do you think you will be able to defeat the opponent and win more games? Yeah, with these guidelines, you are a victor consistently, regardless of the situation. But, you can increase your winning probability a hundred times more if you can have a perfect gaming experience, and for that, the best android emulator LDPlayer 9, is the best to use. 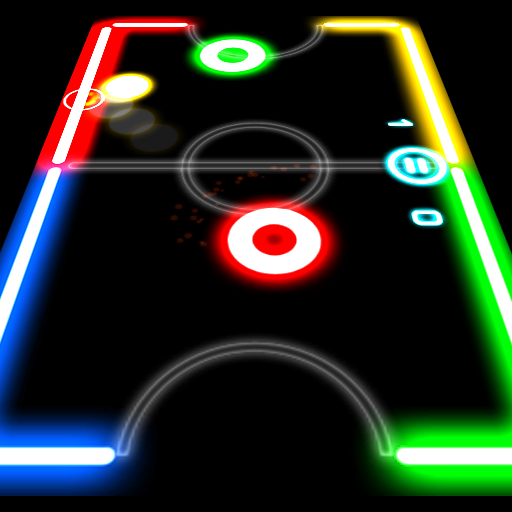