City Smash is a fun, loaded game that lets you smash different cities given by the game using the given weapons. The weapons come in different types; each type has sub-weapons that you can use to see various exploding ways. Also, you will experience such a super thrilling gaming plot from nowhere unless through this game. Although it seems super simple, you have to have a City Smash beginner guide to understand the way of gaming here. 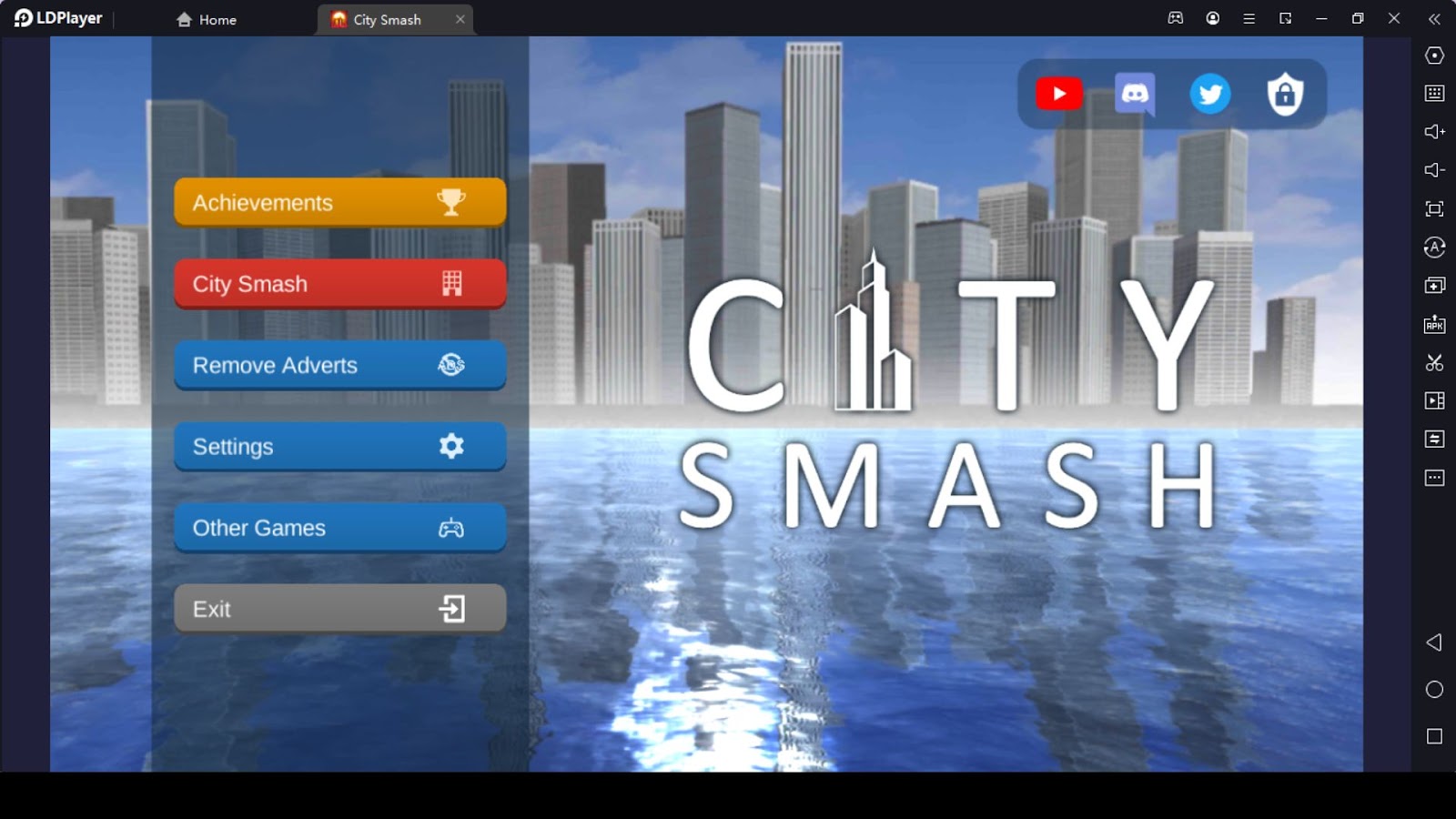 Through this City Smash beginner guide, you will learn more about the game and how you can achieve the given achievements to level up the game. As we already said, there are different weapons you can use to destroy other cities in the game. You should know them well enough to experience a greater City Smash on PC gameplay while blasting everything in the cities in between a few seconds. So, you can learn more about the game with this beginner guide we have prepared.

As a beginner, the simple way to level up in the game is by gathering experience points by completing the given achievements. There are different achievements you have to achieve, which are like missions or tasks that you should complete to level up. 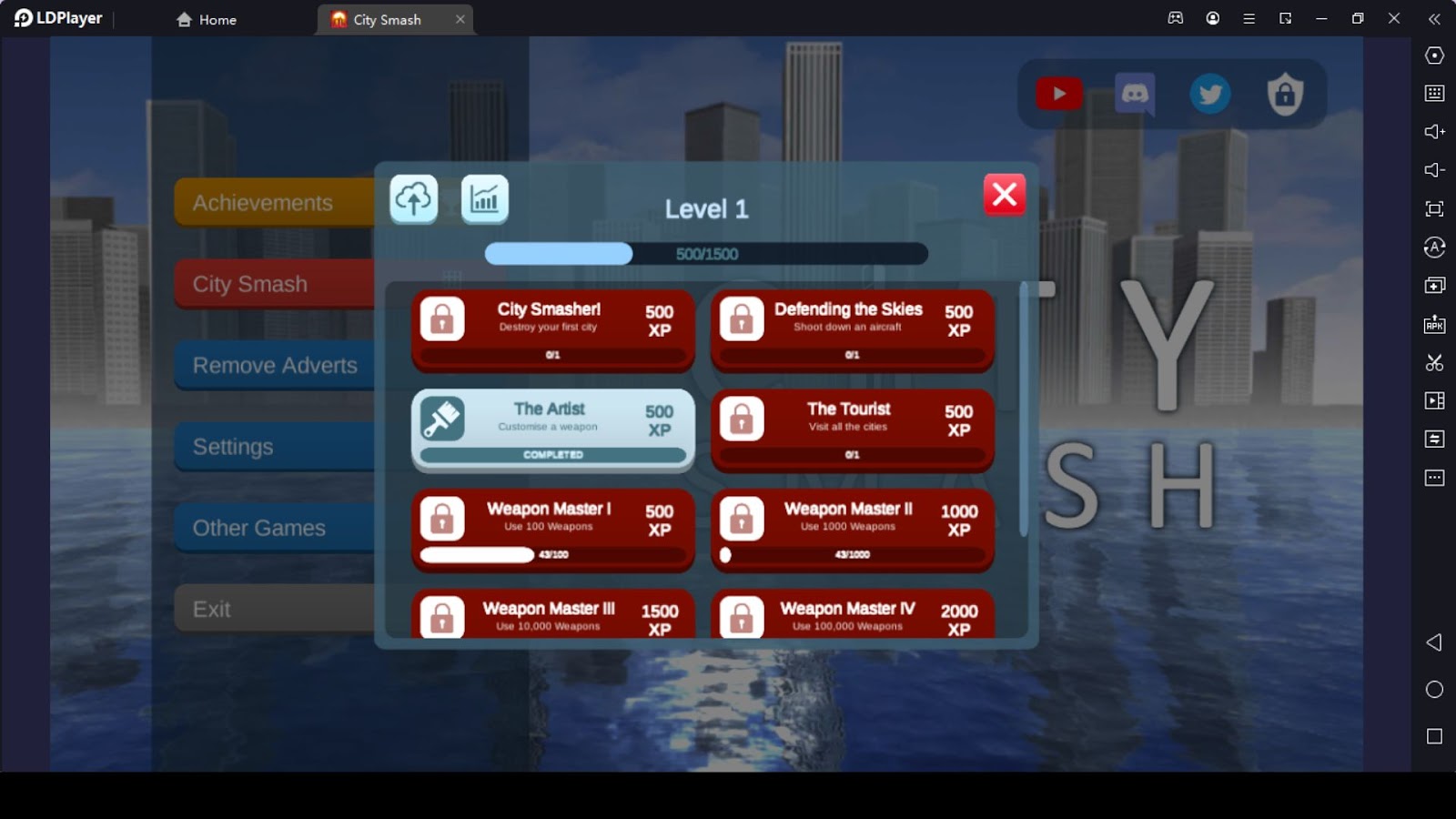 If you are still in level one and need to increase your level to two, you should gather a certain XP amount, which can be collected through completing achievements; there is no other way.

Once you enter the game, you will be directed into a random city in the game, and you need to smash it using the weapons provided. But as the topic says, you can adjust the background of the given City using the Settings icon on the left side of the screen. 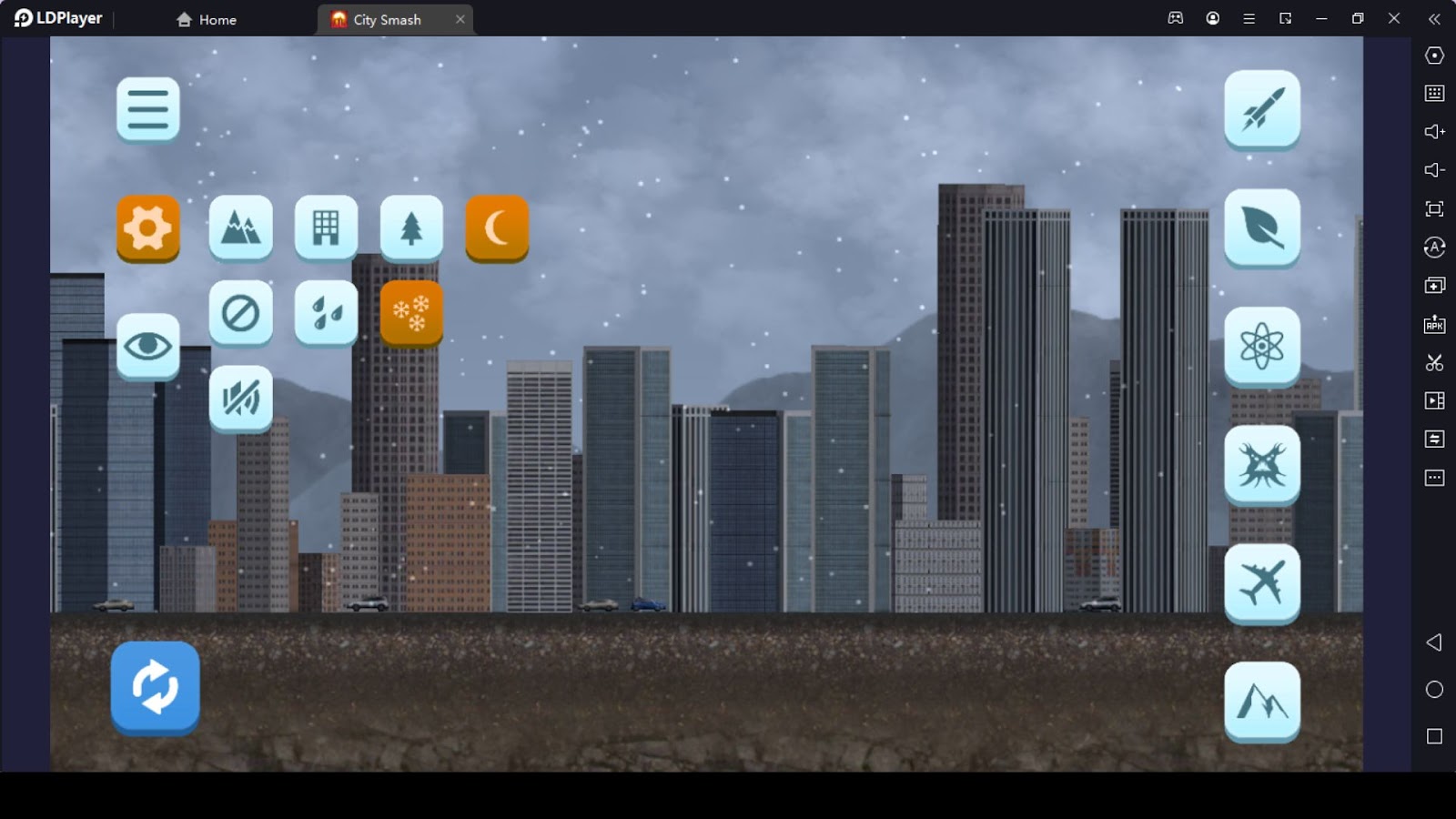 Since the game is about smashing cities, you need to know the weapon that the game lets you use to smash the cities with enormous explosions. There are mainly six types of weapons, including various types of sub weapons and all these weapons have specific characteristics that you can adjust. 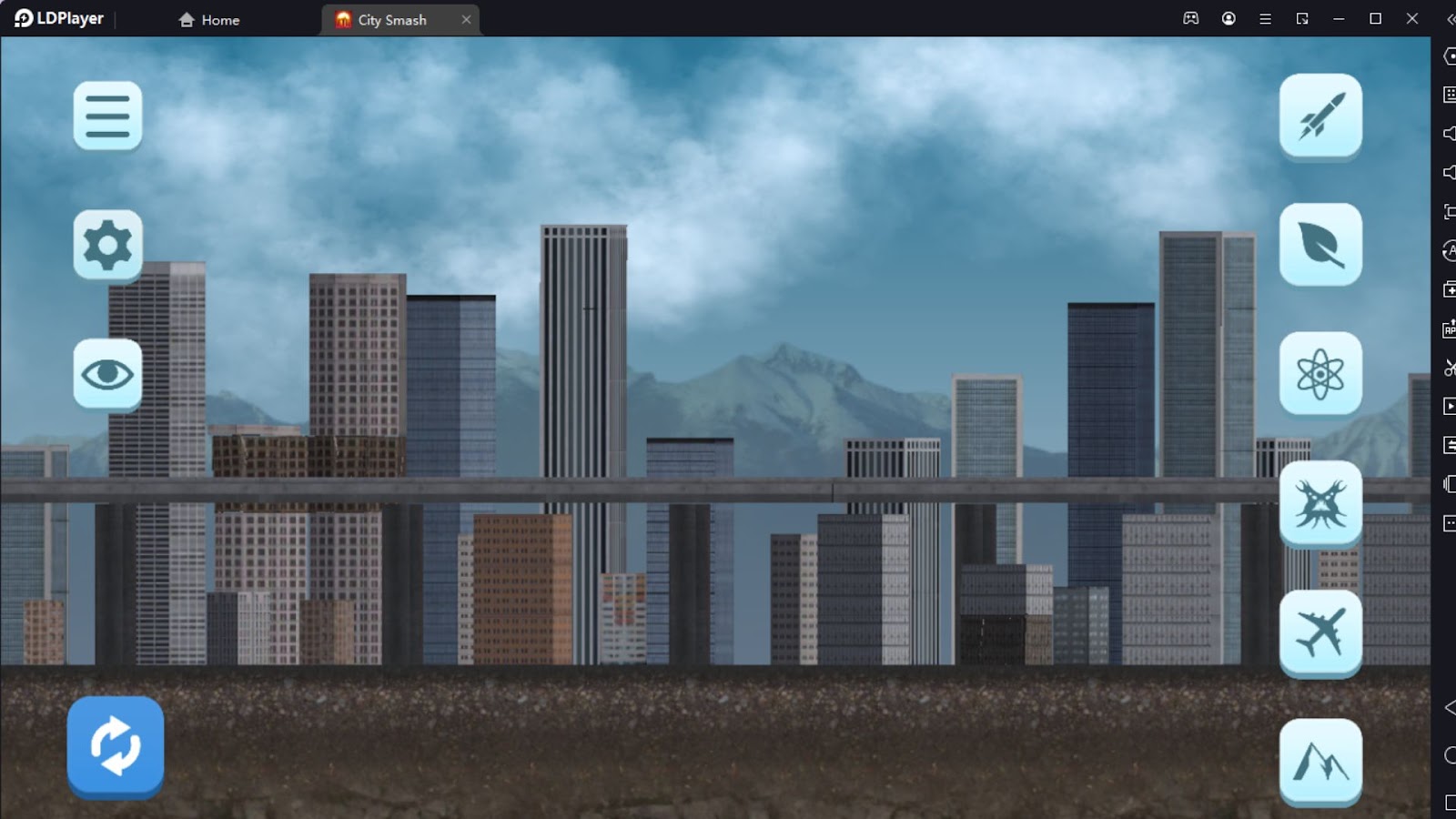 Also, when you use one of the sub-weapons in these weapon categories, you can see a Setting icon in the chosen weapon, and by tapping on the setting icon there, you can set several options. These options will be changed according to the weapons you choose.

Like this, you can customize the force, the blast radius, or other options according to your chosen weapon. So, before you dispatch the weapons to destroy the cities, you should set the different options in each weapon to increase their force or the impact to destroy the city at once. 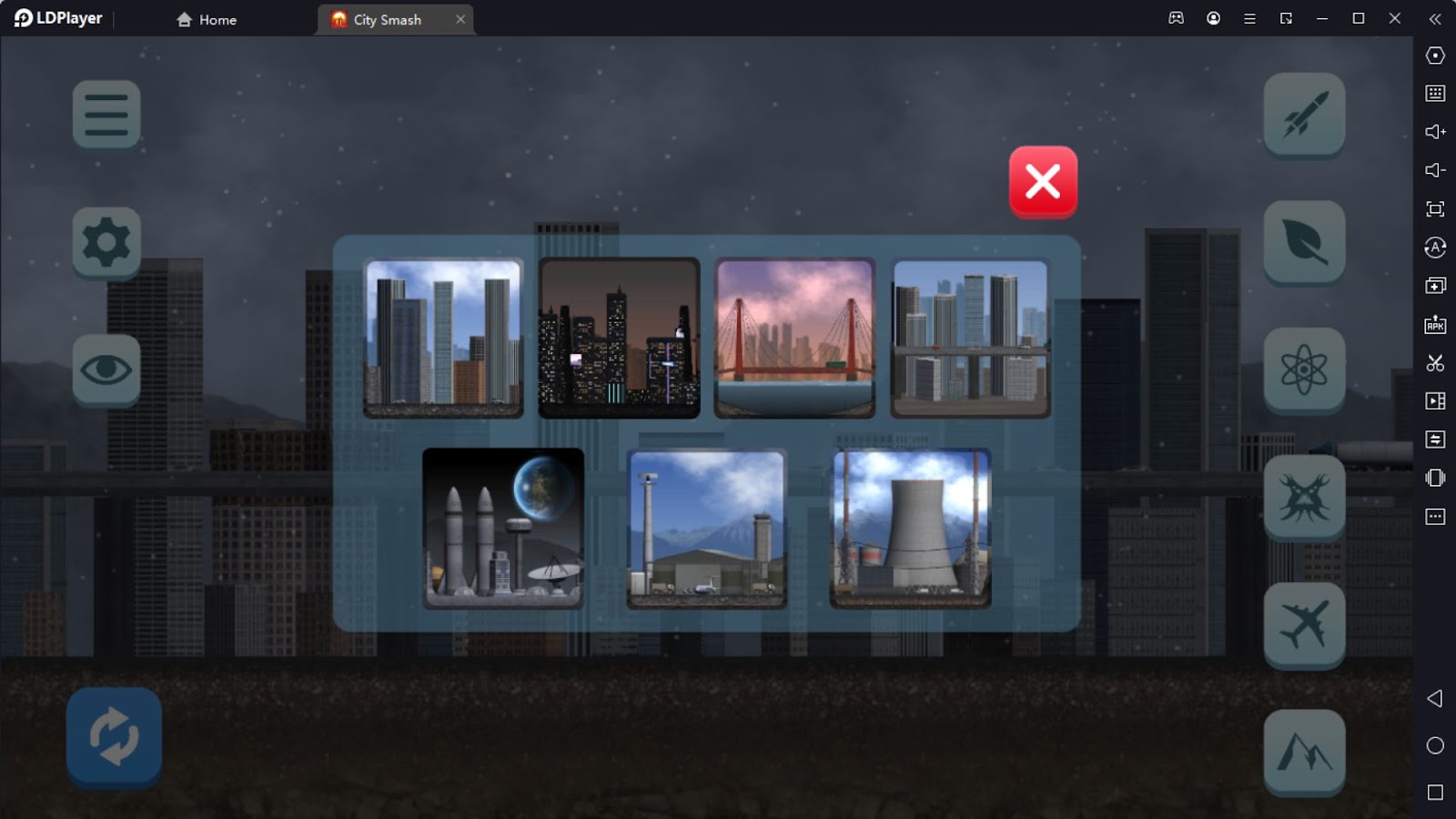 Seven cities are in the City Smash game now, and all these cities have different looks. Some have lots of buildings, and some have bridges. Also, the buildings there vary from each city.

But no matter how the cities look, you must destroy the whole city with every building there, and if there are vehicles, you can crash all the vehicles too.

And if you finish crushing one city, you can select the next city you should go to by tapping on the Reset icon in blue at the bottom left corner of the screen. There you will see the seven cities we talked about, and you can tap on any city you should go and destroy.

Now that you are at the end of the City Smash beginner guide, we know that you have already learned more about the game, and because of that, you can start smashing every city in the game using this beginner guide as the help. Also, when you start playing this game, you should play this on PC with the best android emulator LDPlayer 9, to prevent the minor issues you will face when playing this game on mobiles for a smooth gameplay. For more recommendations, refer to the City Smash tips and the tricks. 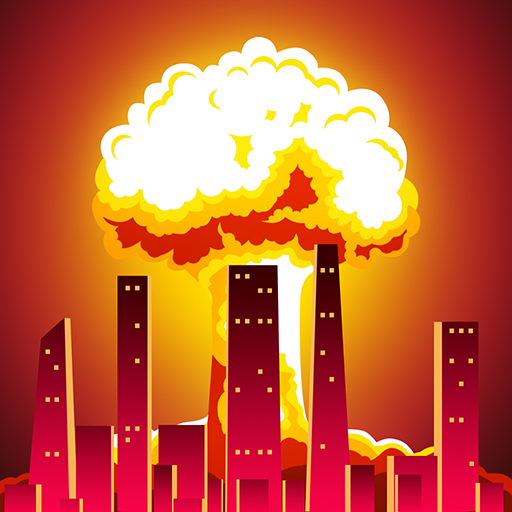 City Smash Tips and Tricks for a Perfect Smash