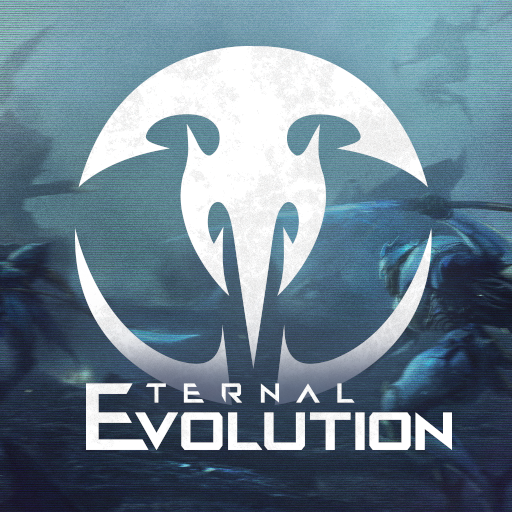 In Eternal Evolution, you have to form a team with five characters to fight successfully against the troops and the villains. But you better know that only some of the heroes will do the best for the game because their strengths, ranks, and roles are different from one another. You should clearly understand the Eternal Evolution tier list to get a better idea for building a powerful team.

We have four different ranks that define heroes for their strength in the Eternal Evolution tier list, and this will showcase how powerful they are for your gameplay to decide who will be the best. Note that all these rankings for the Eternal Evolution tier list are based on a player's perspective, and the best heroes, as per your thought, would be different than the ones we describe here. However, this list would be an ideal tier list for a player who is looking for an exact way to begin his journey with the best-skilled heroes.

If you are looking for the best Eternal Evolution tier list heroes among these all, we are always recommending the tier S heroes as they are the superior ones available in this game with the best powers. But others are also going to be useful with the right efforts and with the right upgrades.

Who are the Ideal Builds for a Beginner?

If you are an Eternal Evolution beginner, you might wonder where to start, as you must build up a team with heroes. Sometimes, you may need clarification with the numerous heroes who need help knowing where to start. But we suggest you focus on the meta as well as the strengths of your heroes before building up a perfect build for the first time, and here we can recommend some beginner builds with benefits as follows.

For a player who wants to make their best in the game as a defender, they can go for Zaida first. Zaida, as a defender, comes with a stun, defensive tank, knockdown skills, and a shield for the Eternal Evolution tier list and will do great against the bosses.

And for the second unit, you can go for Hercules as he can protect his allies to the best, and this is also the best defensive tank you can have. There is also the Oak, where you get self-healing, defensive tank, stun, and knockdown skills.

Bohr can also be used as a great beginner build for doing a knockback and stunning enemies, and it is the best yet aggressive tank unit you can have on your team. Finally, there is Oisa, who can deal with knockback, stun, and slow down the enemies.

For an assassin, you can first go for the top-tier unit Bailey Hudson, which can deal with the greatest damage. This hero can also attack the back row, and then there is Randall for Bailey's support. The reason is that Randall is also making the attacks for the back row, and one special thing comes with Randall, as she can summon clones.

And last, we have Rakkana as an assassin, and she is going to deal with attacks against the enemies who come with the lowest defense. For the vanguards in the Eternal Evolution tie list, we have Artas first as a hero who will decrease the damage reduction of the opponents. And we also have the Crete here who can knock back at enemies, and this hero is also making a powerful defense as well as an offense at your gameplay.

Zander will also be good here for raising its own speed, and then there is Sorietta, who can stun enemies as well as knock back at them. Khalazza is also going to be great for increasing her own attack in the game, and this unit can also summon clones. Finally, we have Zander, which can raise its own speed.

For the first unit for the support in the Eternal Evolution tier list, you can go for the Rez, as it can refill the energy and increase the speed of its team. This unit can also reduce the defense as well as the energy charge of the enemies.

For an AOE damage dealer, you can first go for the Poluno since this unit is great for doing the greatest damage as well as stunning enemies. And then we have Luke, who will decrease the defense of his enemies, and this unit will be the greatest for doing the most serious damage in your gameplay.

Omar will also be good here to deal with the greatest AOE damage, and this unit can also feature an energy regeneration.

Serena here will be good for healing, while Aniruddha is good for stunning, binding, and shielding enemies. Hyupnos can be great for increasing speed and suppression, while Liran is good for defense, stun, and healing.

And this is all that we have to bring from our Eternal Evolution tier list, and we hope you have the best idea of what unit to choose from. We recommend going with the S-tier heroes as much as possible because that would be one of the greatest Eternal Evolution tips you can use here to make a quick progression. And you can remember the best android emulator: LDPlayer 9 as well. As it offers you the best features to optimize your gameplay, we hope you have good luck in your journey to beat the monsters with this tier list.

Eternal Evolution Tips with Best Strategies for your Gameplay

Eternal Evolution Beginner Guide with Everything You Need to Learn