Hey, guys, we're back with a non-meta Clash Royale Giant Graveyard deck that has been doing well in the top 200 with over 7,300 trophies. This deck has been taking towers and destroying dreams. There is a lot of bridge spam in the meta right now, especially with royal hogs and decks without fireballs. Since fireball was nerfed, people are much less likely to play it. 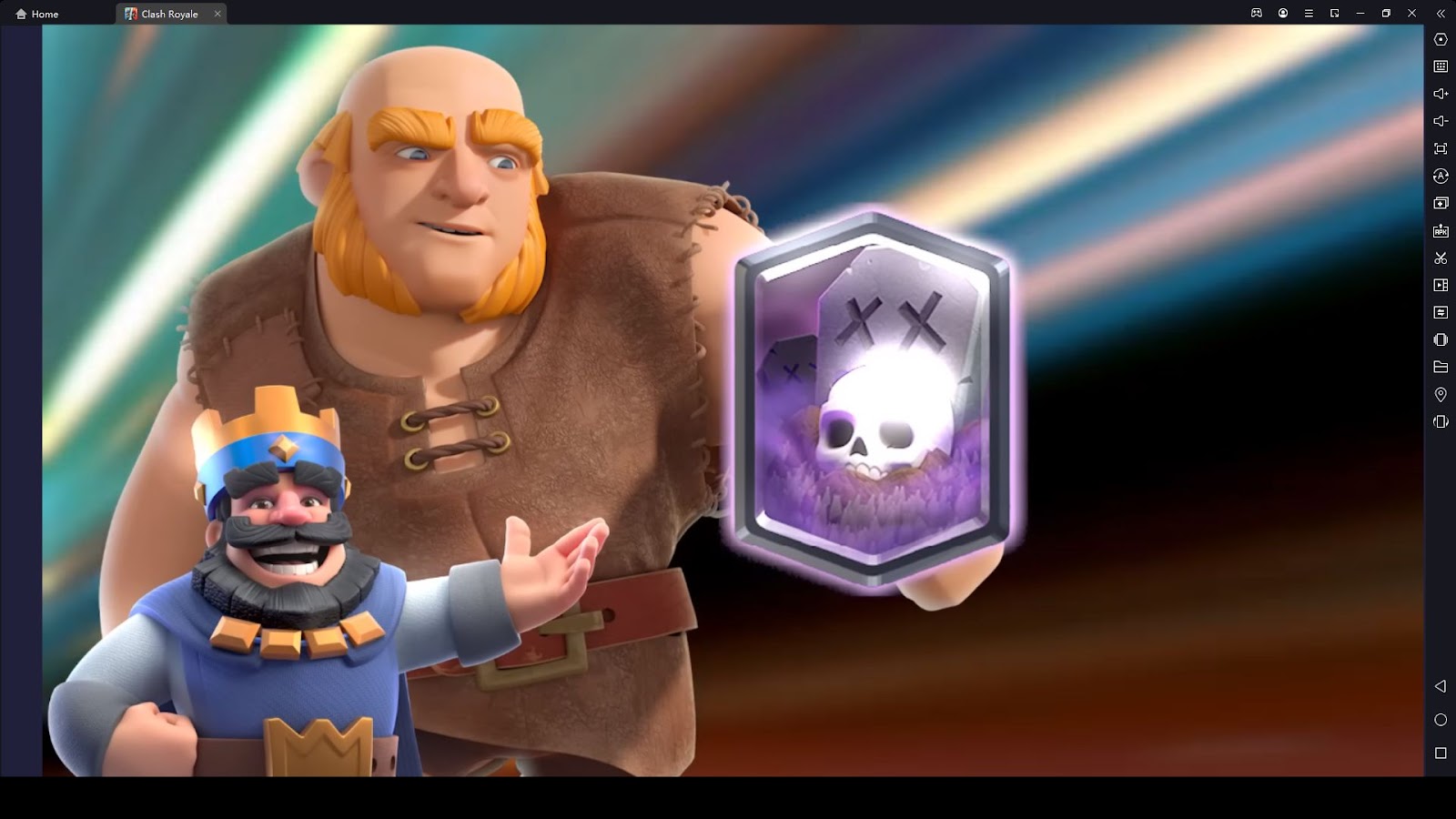 If your opponent runs headfirst into barbarians with no immediate answer, you'll eat up their entire push. Even if they have fireballs or poison, they'll have to choose between the hunters, the barbarians, and the Graveyard while having the no skill and unfair damage of the giant Graveyard.

If you don't like Hunter, you can always use electro wizard, archer queen, or musketeer. Try LDPlayer 9 if you want to play Clash Royale on PC with better graphics on a bigger screen. Let's look at how to use this Clash Royale Giant Graveyard deck. 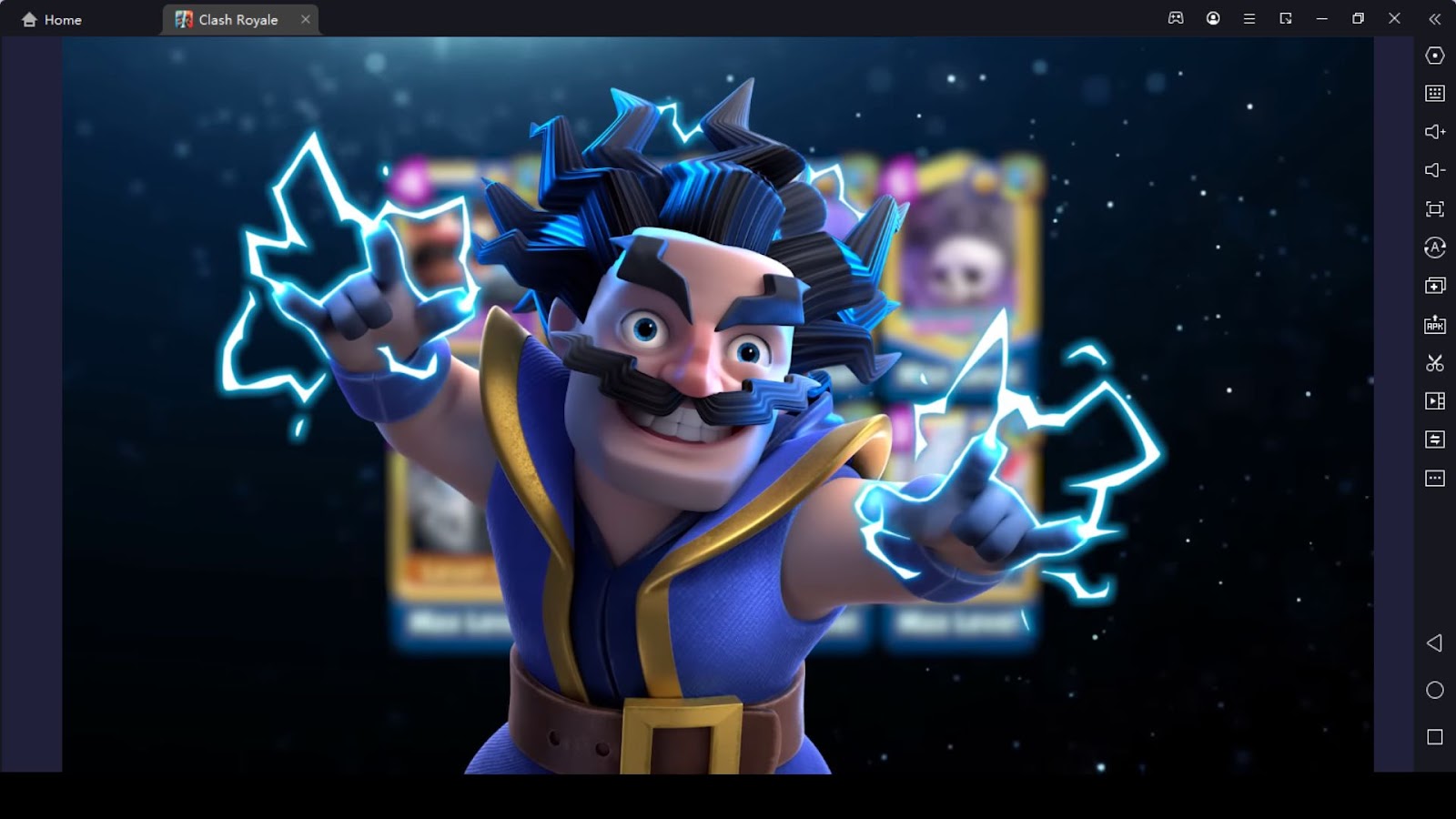 Using Boller has its advantages. He can substantially damage Giant and the supports when you defend against Giant beatdown strategies. He has a lot of HP, so he can assist your support units in surviving for a while with minimal harm. When you pair it with Giant, you will surely get the value you spent on him. 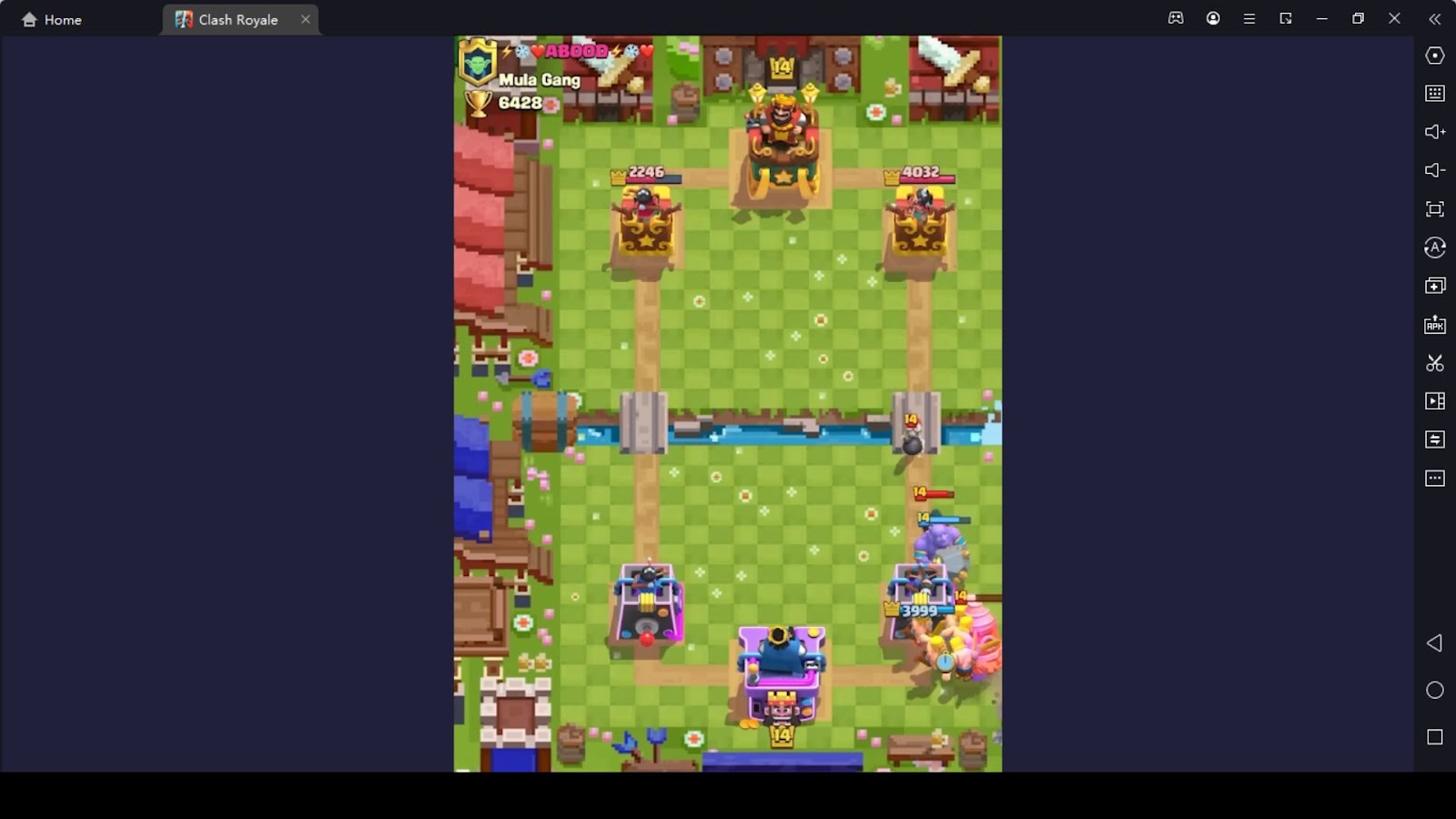 When you play this Clash Royale Giant Graveyard deck, the hunter can be a useful counter to Balloon if played correctly. He will fire full shots at the Balloon, damaging it enough that the tower can finish it off. At that point, you may push back with the Hunter if you so want. Keep in mind that Balloon Death Bomb can damage the tower and maybe the Hunter, so it's best to employ Giant Snowball alongside it to counter the balloons since the Giant Snowball will slow the balloons down even further.

Barbarians are mostly used as counter units like wizards, hog riders, musketeers, etc. they are perfect for this job since skeletons have a higher chance of vanishing in the hands of wizards. Once you use barbarians to counter a hog rider push, you should place a giant and then pair that squad with a bowler if they have a lot of ground units or a hunter or mother witch if your opponents are running air units.

Mega minion is also a great counter to balloons since it has a good hp pool, it can withstand a zap or poison, and it has good damage that allows it to deal with a balloon on its own. When you see a balloon push coming, you should try to drop it near the bridge with the help of towers; it will stop the balloons midway to the tower. It is also a good counter against AOE damage troops like witches, wizards, or even baby dragons.

Giant Snowball is the big spell in our Clash Royale Giant Graveyard deck. It is a good finisher for dealing with low-hp troops; since fireball is nerfed, Snowball is the most suitable utility card you can use. This is a great card to use when you are defending since it will slow down the opponent units and give your units time to attack. 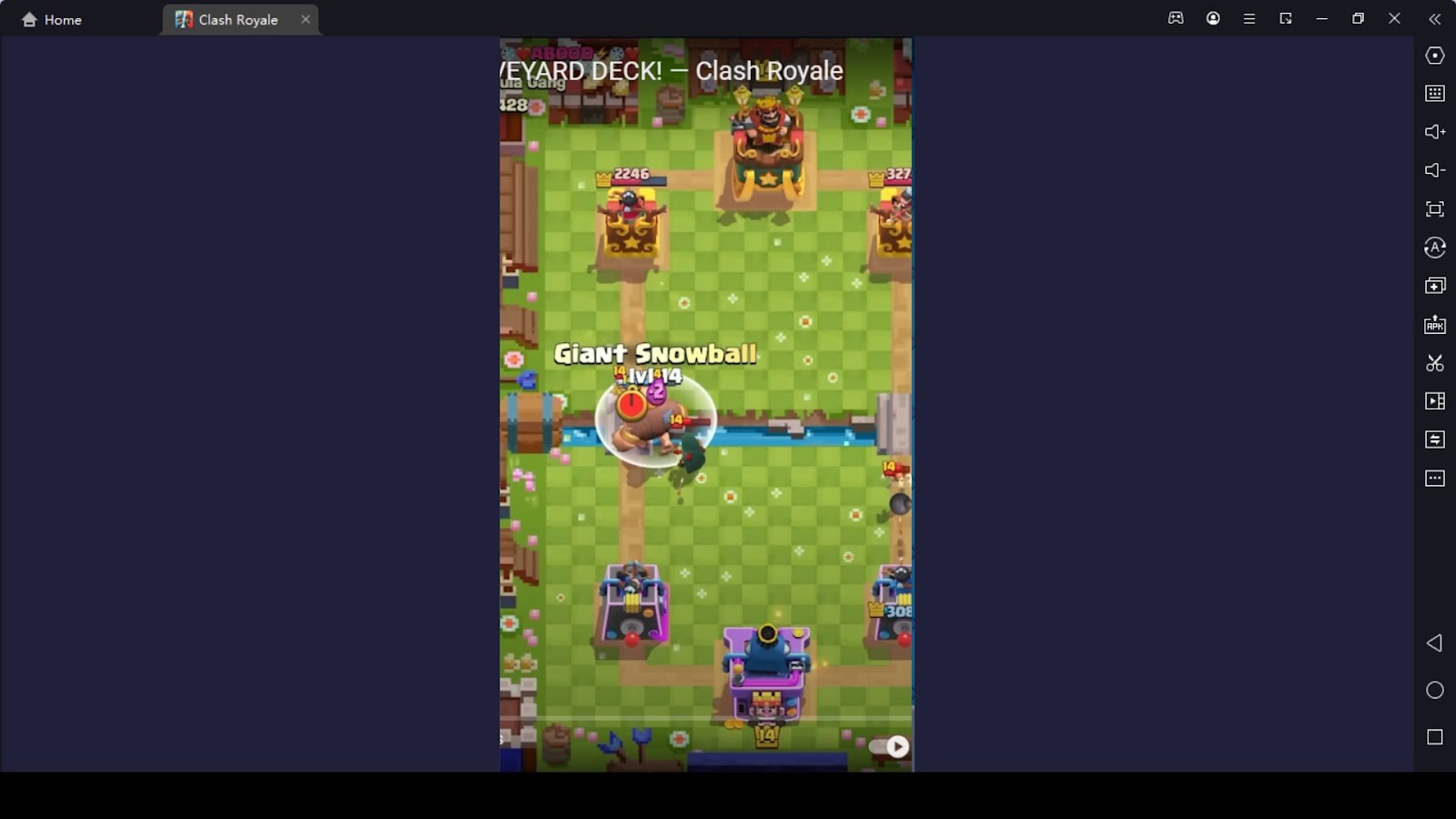 This slowing effect also works on towers, so if your Giant dies early before the Graveyard is over, you can use the Giant Snowball to give your skeletons a fighting chance. Giant Snowball also grates against opponents using Ram Riders. If you time it correctly, you can disrupt the ram rider's charge and reset it to lower the tower damage.

Next, we have Arrows in the Clash Royale Giant Graveyard deck. Most of the time, arrows are used to deal with a large group of low-HP troops, like a group of minions or skeletons. We chose this over poison because it does good area-of-effect damage and costs one less elixir. When using arrows with a graveyard, a mistake most players make is using the arrows as soon as they drop the Graveyard to deal with troops that will deploy to counter the Graveyard.

But Once your opponents see you doing this, they will wait for you to use the arrows before dropping the troops. So if you tend to do this, try only to use arrows when your opponents drop their units. The Goblin Barrel can also be stopped by arrows; all you have to do is place the arrows right before the goblin comes out of the barrel.

Arrows are perfect to counter it because some players tend to mix up where the goblin barrel is placed, which causes you to miss counter spells since arrows cover a large area; this will never happen. If you combine it with the Giant Snowball, you can deal with units like the Mother Witch, skeleton dragons, zappies, and even the Magic Archer.

Giants are a great unit in this Clash Royale Giant Graveyard deck; you can get the value it costs. Since the Giant only focuses on building, you can send them to soak up damage from the Graveyard. While using the Giant, you must first send support behind him, mostly the Boller and Mega minion, or the Hunter will take care of most of the units. 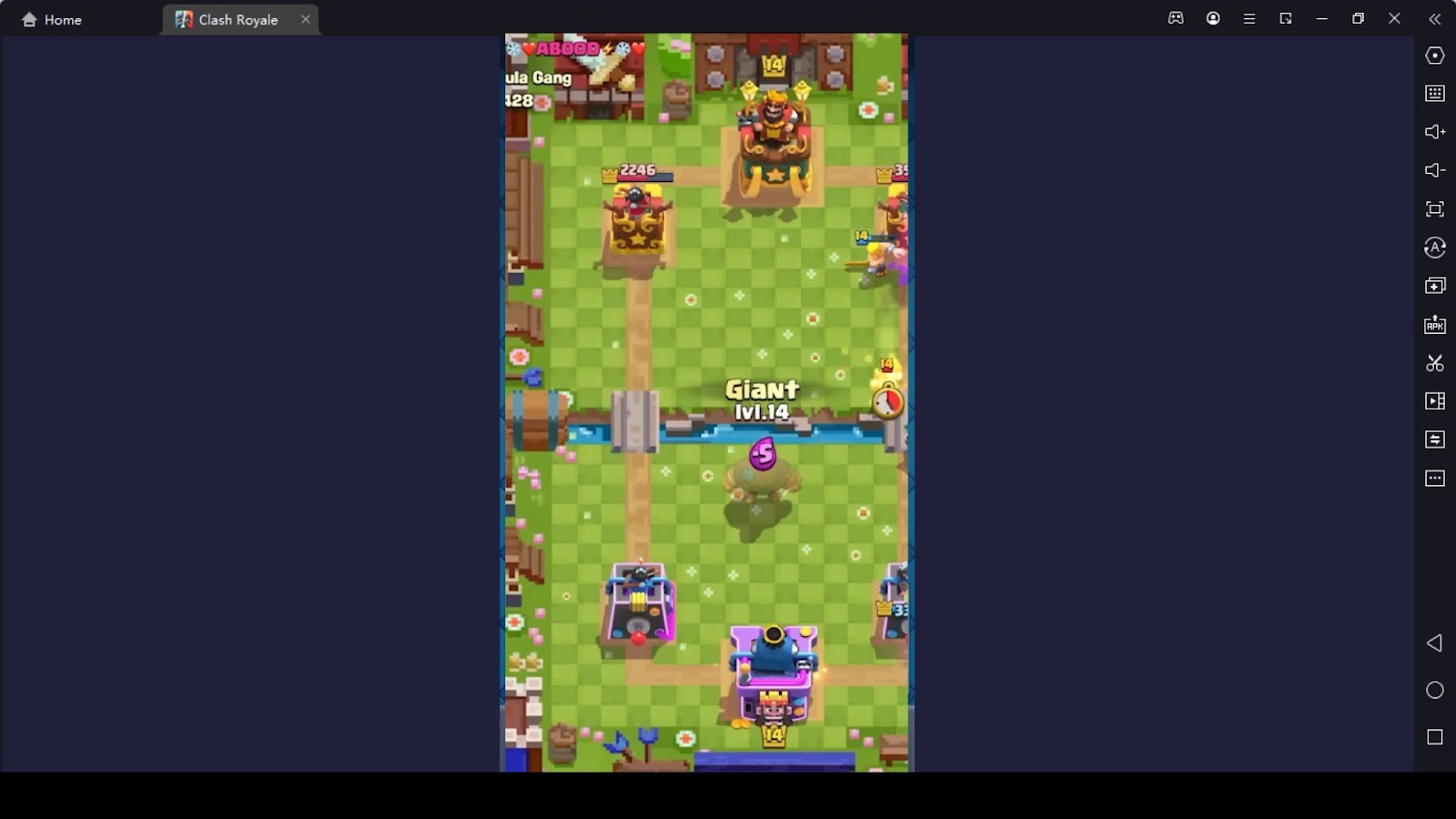 You have to take care of the building faster, or the Giant will wonder about it without going to aid your Graveyard. If someone uses an inferno dragon to counter your Giant, use the Snowball; not only does it knock back the inferno dragon, it will reset its attack.

When defending with the Clash Royale Giant Graveyard deck, you can kite the other player's troops by placing a giant; because giants are not targeting units, it will drag all the troops to your opponent's side, and then you must mount a counter-attack behind the giants.

Something you should know when facing a spawner deck is never to send a giant alone because this allows your opponents to build up a large number of spawner troops, and then once the Giant dies, they will be on your towers next.

The Graveyard is the main tower damage of the Clash Royale Giant Graveyard deck. As we said earlier, you have to pair it with a giant to get the real benefits, but it can do good damage on its own too. Since it has a 2.2 deployment time, please don't wait until the Giant distracts the tower; try to deploy it a little early. 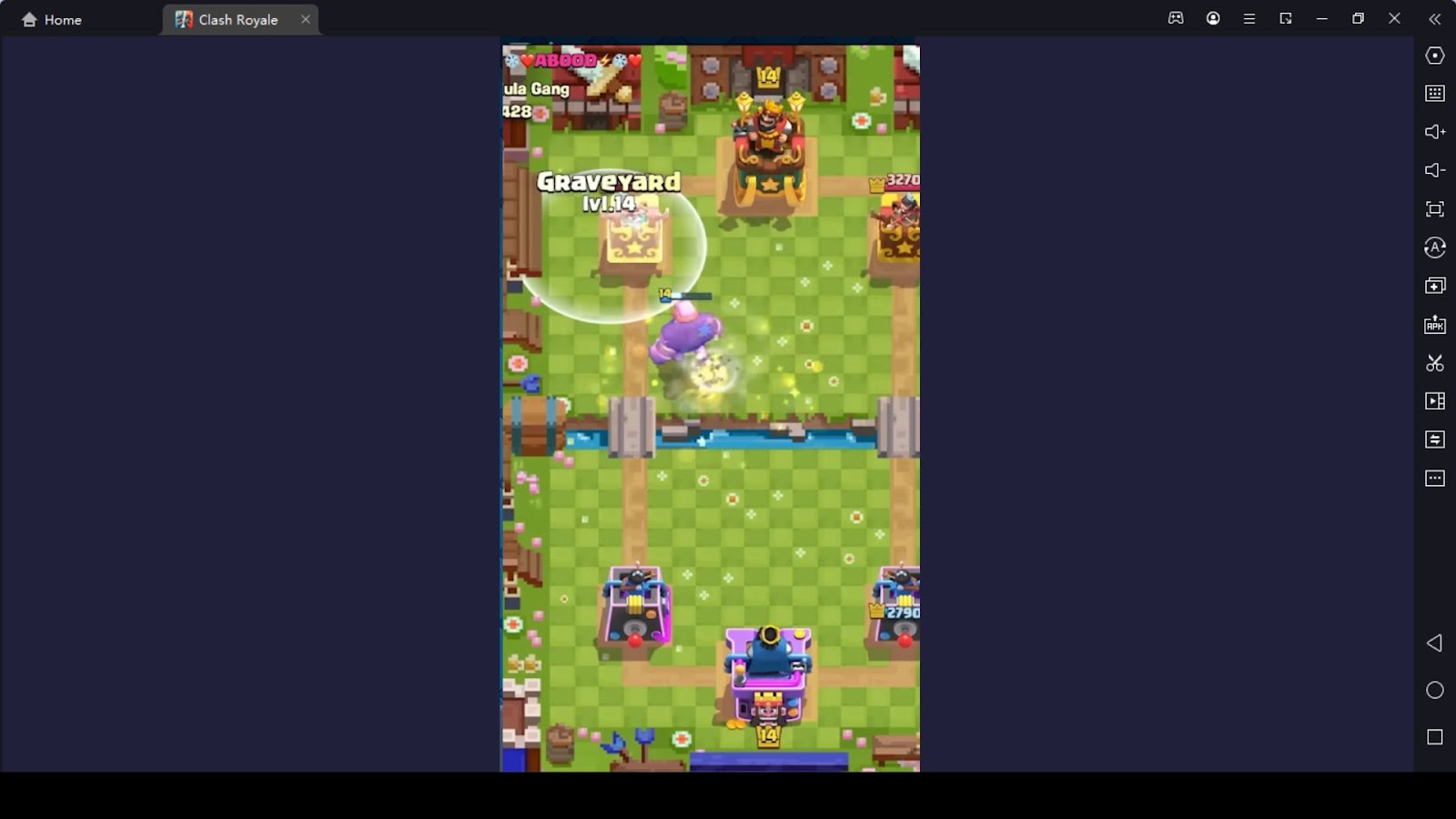 One thing you have to know when using a graveyard is to avoid activating the king tower because it will also start attacking your skeletons and prevent you from getting the damage, so when placing it, always try to put it away from the king tower.

If you want to play Clash Royale on a large screen with high-quality visuals, LDPlayer 9 is your best bet. LDPlayer 9’s better image quality is achieved by employing more robust methods for rendering graphics than are available on mobile devices.

The Keyboard Mapping tool, for example, allows you to use only the mouse and keyboard to play the game. Through the use of Multi-Instance Sync, you can quickly reroll. In addition, you can save time by recording in-game actions with the help of Operation Records and then playing them back later to help you eliminate the need to do the same activities repeatedly. 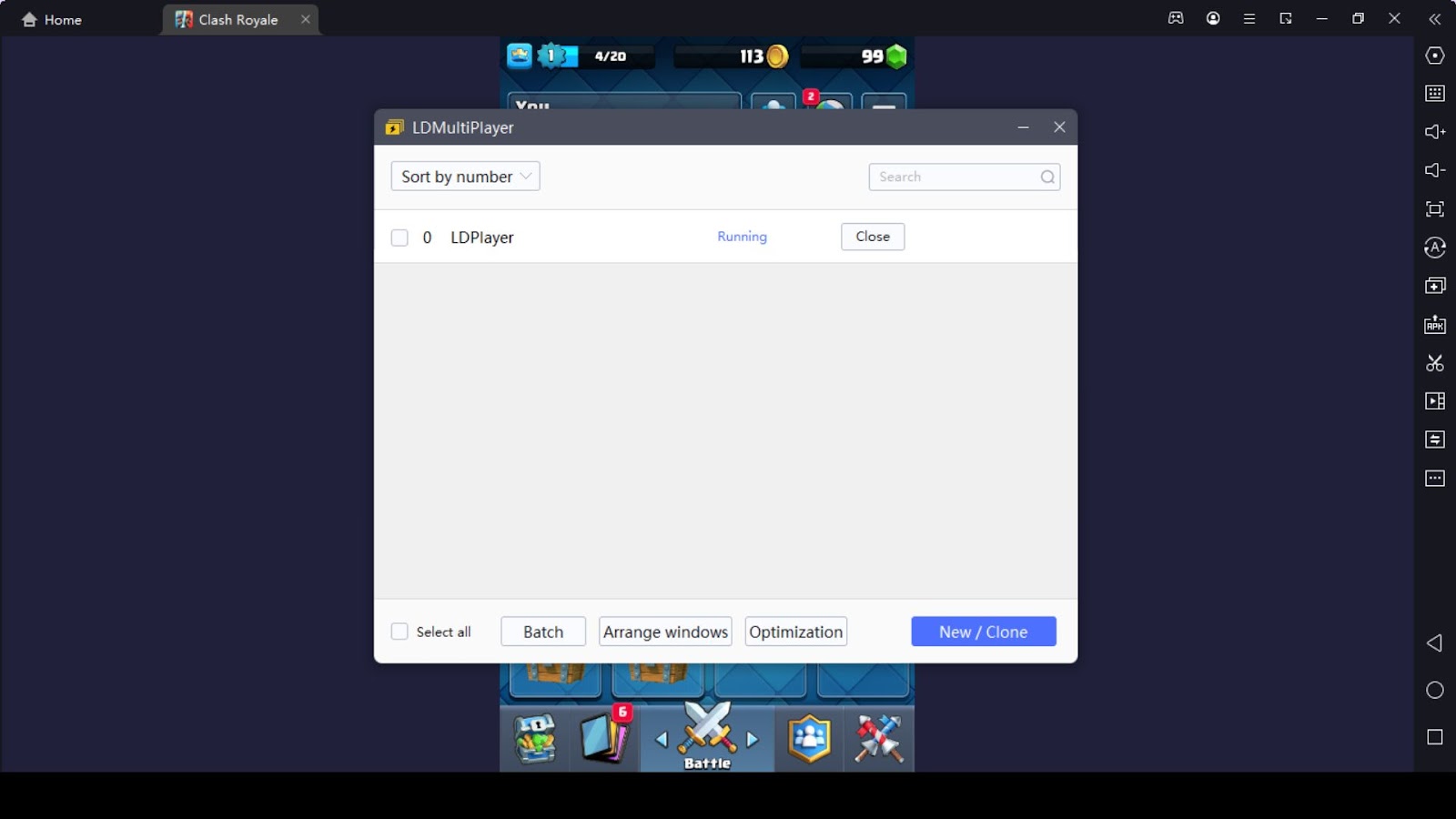 With this Clash Royale Giant Graveyard deck, we have explained the easiest but very effective deck you can use to push trophies. Now you have to use this deck to practice it and make it your own; you should always try to change it and fit it according to your play style. Credits for this deck should go to the YouTube channel SirTagCR - Clash Royale. Now it is time to end this Clash Royale Giant Graveyard deck guide. Thanks for reading.