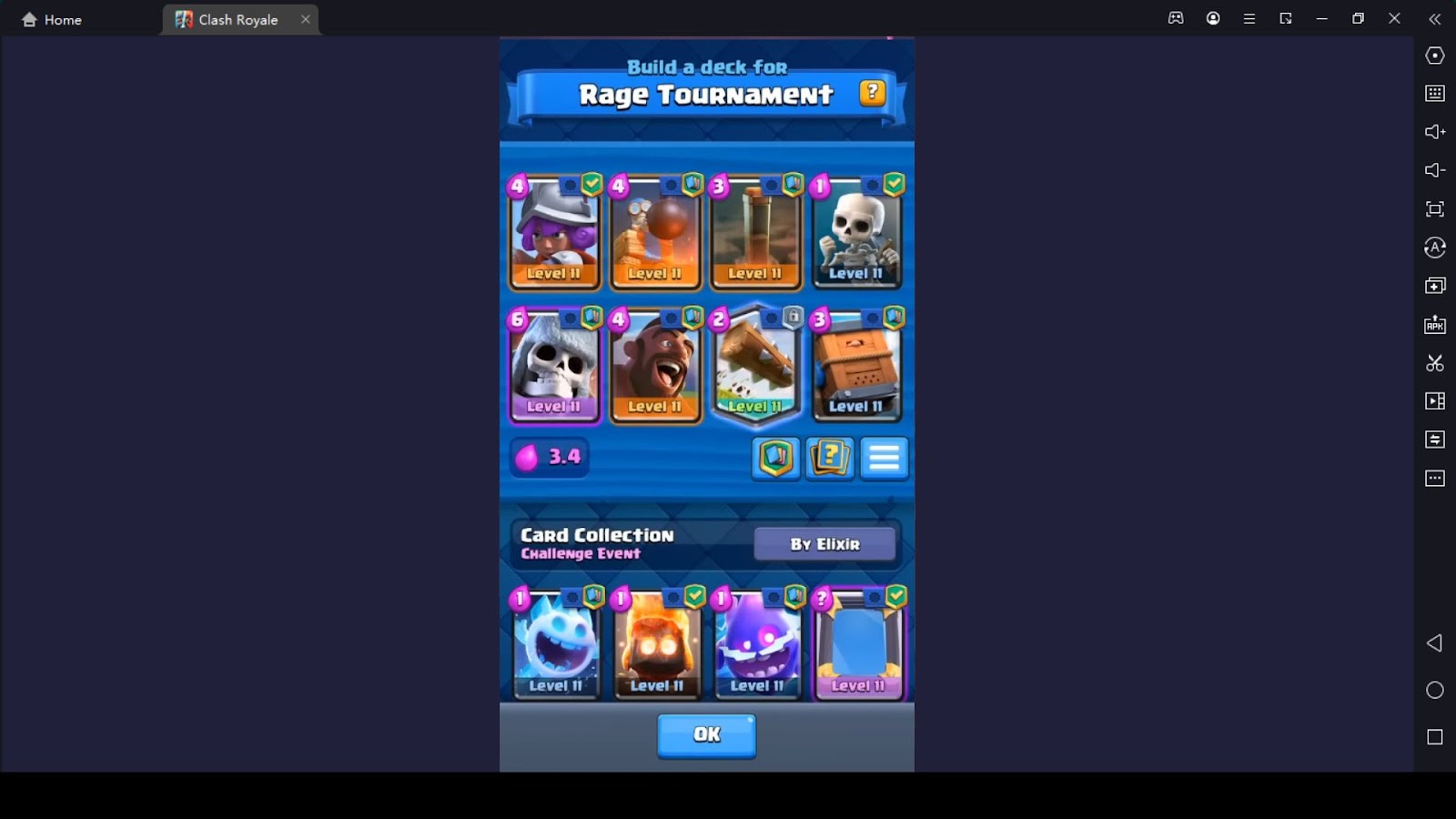 The  Clash Royale Rage tournament is very different, so if you're used to graveyards and rage decks, they won't work here. Instead, there will be a lot of cycle decks instead of graveyards because a lot of units that move quickly will wipe out your graveyard skeletons.

You'll also see a lot of spawners, earthquakes, multiple spell decks, mega knights, and elixir collectors decks. We will show you a few decks that work really well and the decks that most high-ranked players are using. If you wish to play Clash Royale on PC with a larger screen and better visuals, you should use LDPlayer 9. So let's see what we have.

This is the best deck right now if you are very good at the game. Everyone at the top ranks is running this deck in the Clash Royale Rage tournament because they can use a giant skeleton, Valkyrie, or knight as a mini-tank.

Sometimes they only use royal delivery, cannons, and fast cycle skeletons to do chip damage. Still, usually, they defend all the bridge spams with royal delivery, giant skeletons, bomb towers, and Valkyries, and no one can break through because their mechanics are so good. We'll show you the easier decks we think you should use if you haven't played this tournament mode before or if you just want to win without thinking as much as the best players. 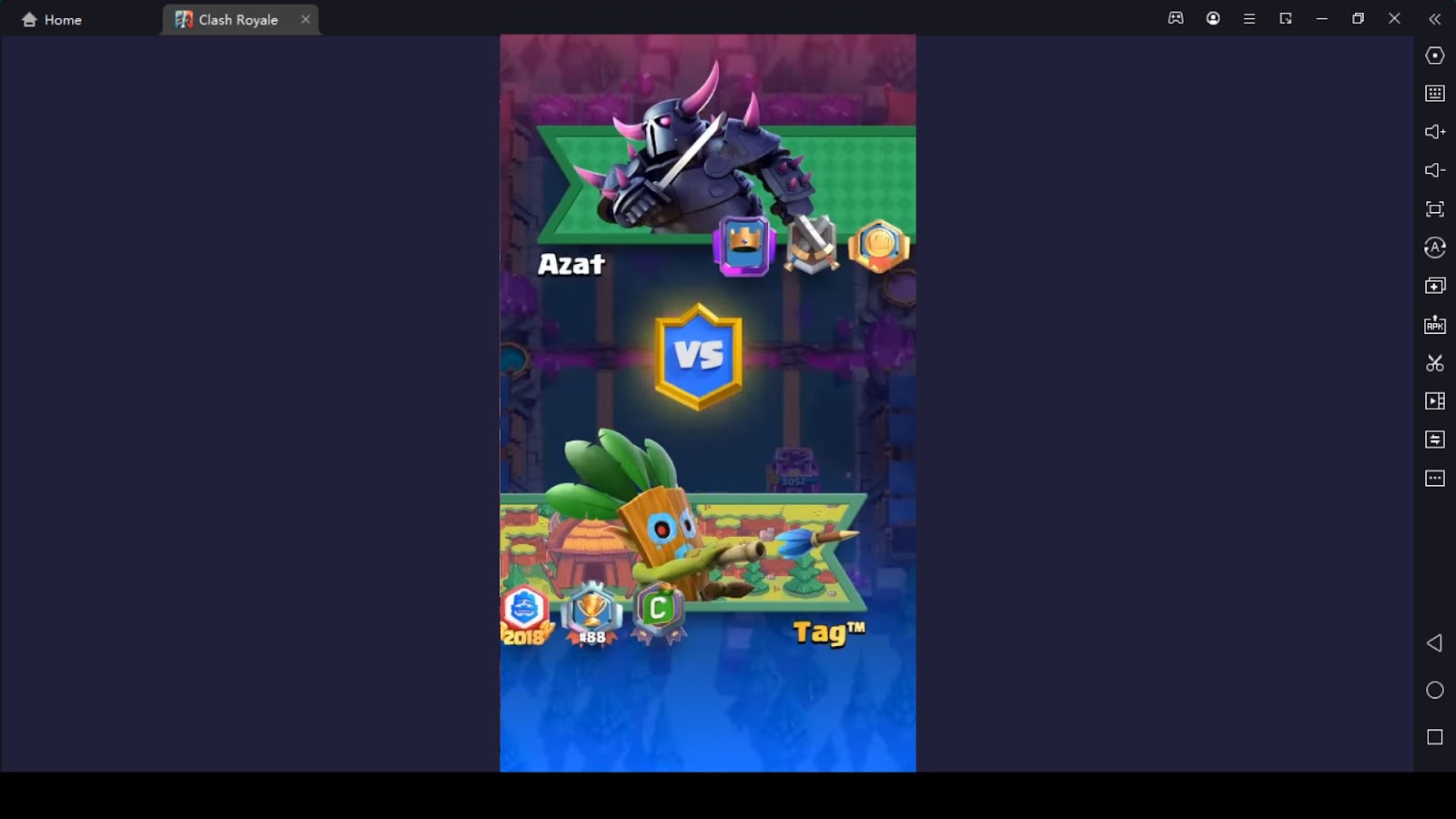 If your opponent uses giants with small units, you can use the royal delivery to kill the giant and then quickly use the log to kill the small units. You can use the bomb tower if the log is already gone. One thing you should know about this deck is that if you're playing against a hog deck, you should always have a bomb tower on hand to fight the hog rider. And if you're wondering, if you use log, then earth quick, you can take away the magic archer in one second.

We used Musketeer instead of Archer Queen in this deck because when it is raged up, it gives you more value for less elixir cost. If you cycle this deck with a hog rider build, hog riders aren't going to stand a chance. We said that because it's a high-skill deck and you have to predict when your opponents will log, you have to keep something to defend against other players' units and should move the counter with his troops. But if you can do all those things correctly, this deck will serve you well.

This deck comprises Maga Knight, Canon Cart, Elite Barbarian, Wizard, Elixir Collector, Heale Spirit, Minion Horde, and the zap. This deck was made with rage, but we removed it and added zap because rage does not stack with the rage tournament game mode. You just need to keep adding elixir collectors and spam your elite barbarian and all other support units until you eventually overwhelm your opponents.

Because it has a minion horde and a wizard, this Clash Royale rage tournament deck can beat lumberjack, balloon, and freeze decks. You won't be at a disadvantage in those situations. To play this deck, you can't stack the Elixir collector too early, or you'll get hit hard. Instead, you have to wait for the first counter and then start putting down the Elixir collector. 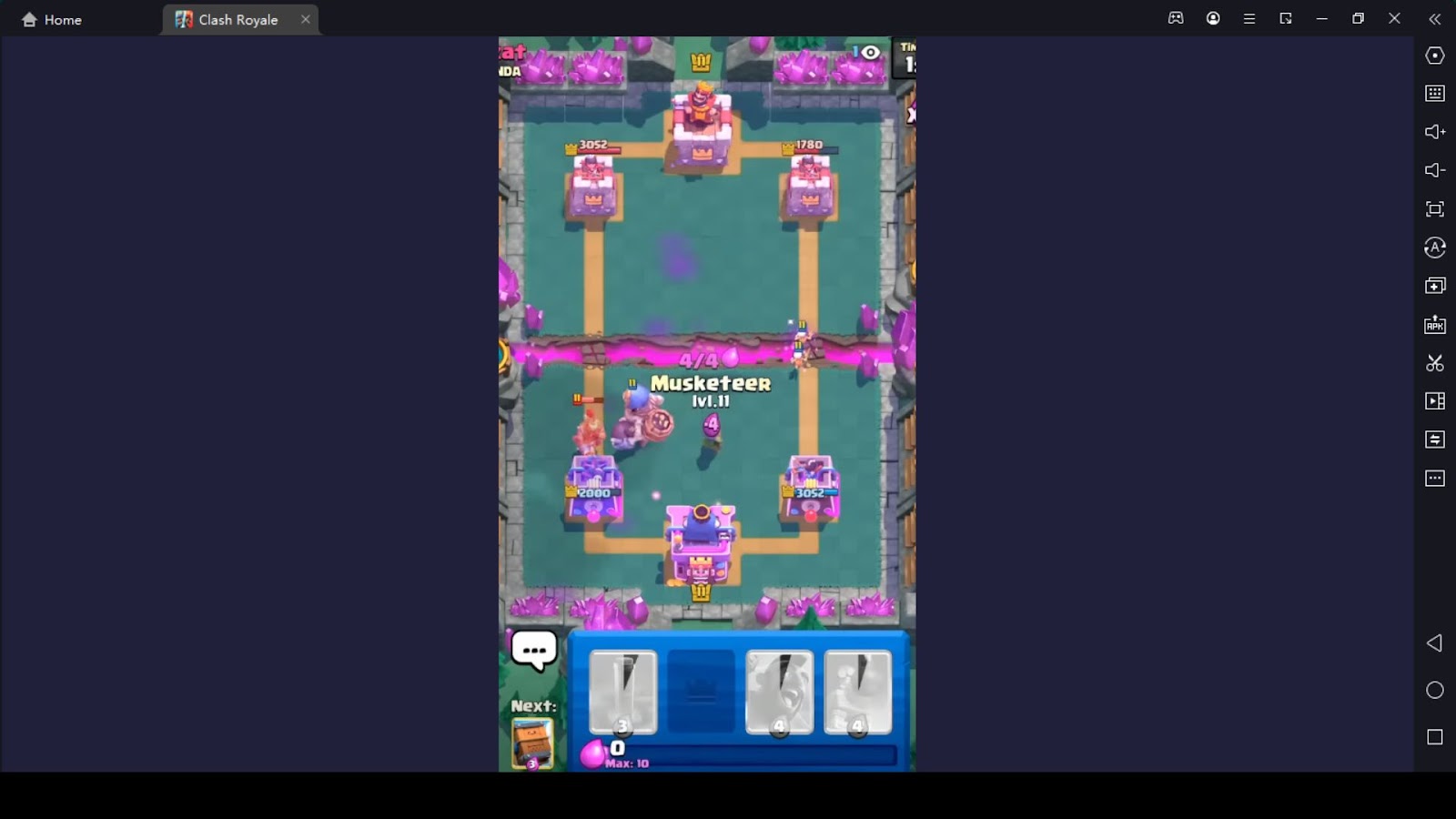 The best way to use this is to wait for a big push from your opponent or a time that you are going with a big push, since most of the time, your opponents won't have enough elixir to stop your collectors after something like this; since you have the advantage from there, you must keep pushing while spamming collectors.

If you play this deck against the e-giant deck, you can put down an elixir collector to counter the e-giant because the e-giant can't get the reflection damage from the collectors, so it takes a long time to get through them.

This Clash Royale Rage tournament deck involves Mega Knight, Inferno Dragon, E-Wizard, E-Barbarian, Bandit, Poison, and Arrows. The players in the top 50 also play this deck, it does not have a win condition, but it has triple spells. 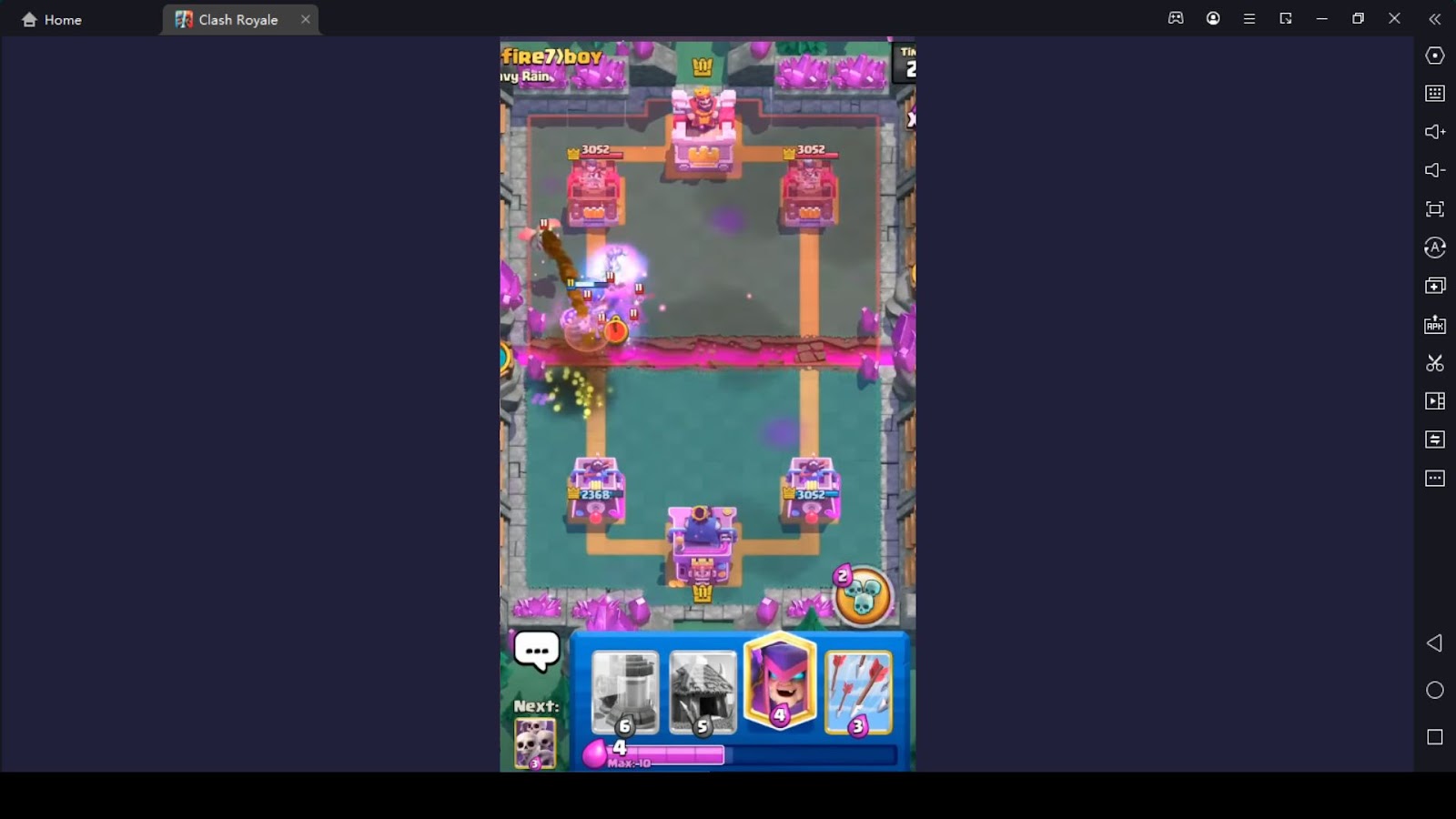 Usually, your opponents will drop things close to your towers; you can use poison, arrows, and zap to get rid of them while getting chip damage. You can counter their bridge spam with the mega knight or the e-barbarian, and when your opponents send air troops, you will have an inferno dragon and E-wizard to defend it.

When you play this Clash Royale Rage tournament deck, your Maine focus should be getting the chip damage when your opponents put units closer to their towers but make sure to avoid activating king towers. To counter the hog riders, you should use an e-wizard, but if they pair it with a horde of units, you should use E-barbarians and inferno dragon as a last resort. 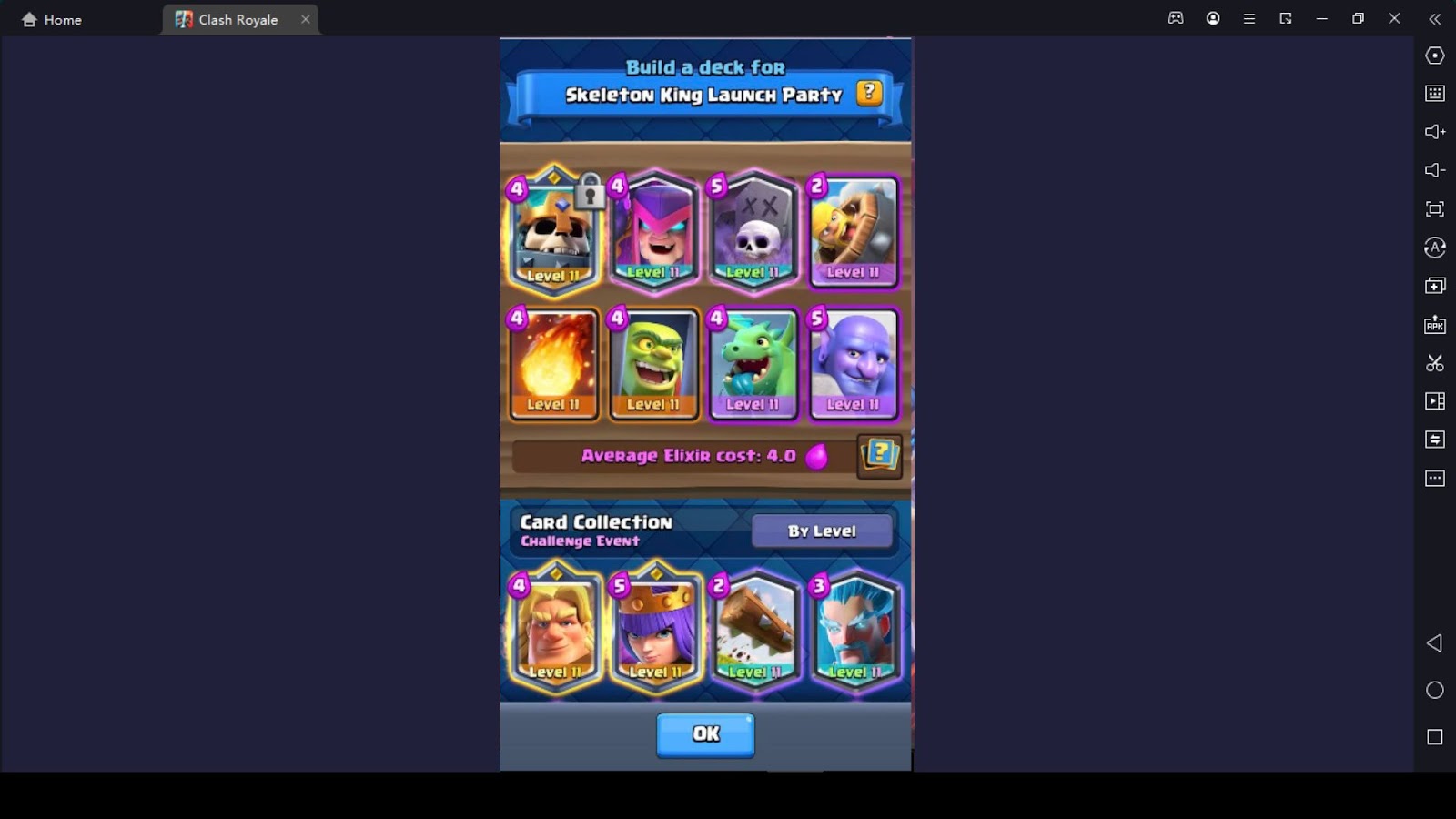 Because of the rage buff you get from Clash Royale Rage tournament, spawners will produce units faster, and then your mother witch, which will give you a lot of value; giant skeleton, makes everything go kaboom. If you use skeleton king when you have a lot of units on the map, he will overwhelm your opponents with his skeleton souls.

The spells are always interchangeable, but it is the general way of using them. As we said earlier in the Clash Royale Rage tournament, no one is going to play graveyard, but some stubborn soul will, for that only counter attack you need is mother witch; she will turn all the skeletons into pigs and give you a lot of more value than you could imagine. If you keep getting matchups with many spawners, you should consider changing the arrows to fireball or earthquake.

How LDPlayer 9 Can Help You Play Clash Royale

Suppose you are a dedicated Clash Royale, or you are pushing trophies. In that case, you have to play the game throughout the day since you won't be able to 3-star and get a lot of trophies at once in higher arenas. But you can install the LDPlayer 9 to play the game while you work or do other things on your PC. 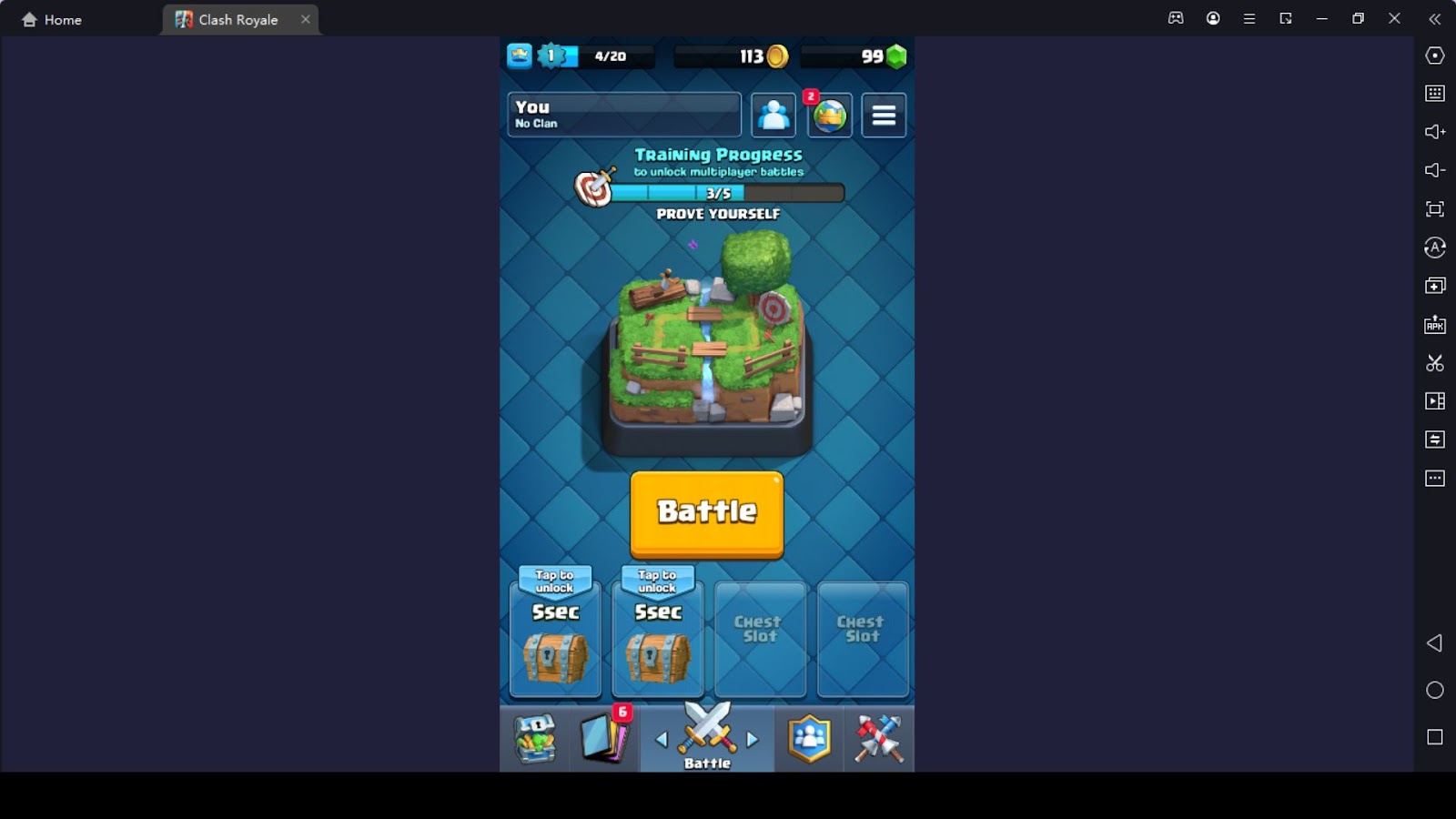 If you use a mobile phone, it will surely distract you with many notifications, but with this method, you can just play the game and get your work done at the same time. LDPlayer 9 has introduced a Mini-Mode and pin the window option to aid this way of playing. You can find the Mini-Mode option next to the LDPlayer 9 Minimize option, and once it is in Mini-Mode, you can use the pin window to keep it always on top.

Using this, you can always see the game while you work and play whenever you feel like and if you want to hide the window faster, use Ctrl+Q, and using the same shortcut, you can bring it back. Not only that, when you play Clash Royale on LDPlayer 9, you will be able to deploy units faster with your Keyboard if you use the Keyboard Mapping feature.