Chimeraland is your new MMORPG game to be played in a mythological world, and you are free to unleash your imagination here. It is one of the best MMORPG games that makes you interact with so many mythical yet ancient enemies, and you just have to ride, catch and also evolve all the ancient monsters here. There are also many combat mechanisms to deal with here, and if you want to identify things correctly, you better go through a Chimeraland beginner’s guide. The gameplay you get to see in this new game is totally unique, and it is not something you have dealt with before. We build homes here, live by the ocean or the mountains, and we all, as the players, have to dig this open world for wealth and treasure. The gameplay becomes unpredictable minute by minute, which might make you want to explore more in this game because everything changes drastically here.

So we made this Chimeraland beginner’s guide to give you a basic idea of the game, and at the end of this guide, you will be able to figure out how things need to be done in this gameplay. If you are a player who really wants to get into the game soon, here is a guide for you. And let’s start.

As the first thing to talk about under a beginner guide for this game, let’s talk about how the gameplay goes here. At first, you are going to see 18 races in the game to choose and be as per your wish. None of these races are showing a huge difference in their functions, so they are not going to be like the heroes you see in a traditional MMORPG game. Some races have wings, and some can dive into the water. But the races who got wings cannot fly on their own, so they have to find some additional ways to do it.

So basically, the gameplay is making you make some decisions, and those can be based on the things you like, meaning the preferences. Races are also coming in many shapes, and they will also be categorized by their gender as well as their age. Since you are starting your gameplay with one of these races, you can make their appearances fine with the best details applied.

The data you will gather by making this appearance can be used as a code, and that code can be further used per your need. If you need a unique data code appearance, you need to apply it to your avatar of the same size and race. What to Do as a Beginner

The very first thing a beginner to this game does will be the main quests. Know that these main quests help a lot for a starter to learn the mechanics of this game, and it will literally help you to move freely with your gameplay. After you finish off with the main quests, you can directly head into the character level-ups, upgrading, training pets and attendants to explore and achieve things in this game, and more. As an early gamer, we can recommend you to go for challenging totems, and you can have your materials and equipment by crafting. Since there are beasts featured here, your all-time goal should be to kill them and if there are strange ones out of them, make sure to take their eggs to give you pets to consume.

If you don’t know what to do more in the game, you can explore the sky and continents and do some lightning-ups for the scenic spots. Try to gather some materials and craft some furniture for your home as per your need, increasing your points for Home Construction.

You can choose a location as your birthplace in this game, and that becomes where you were born. There are three factions in choosing this location: South mount, East mount, and West mount. Know that these three lands show a lot of similarities to each other, so you can follow up on their introductions to see their unique points. 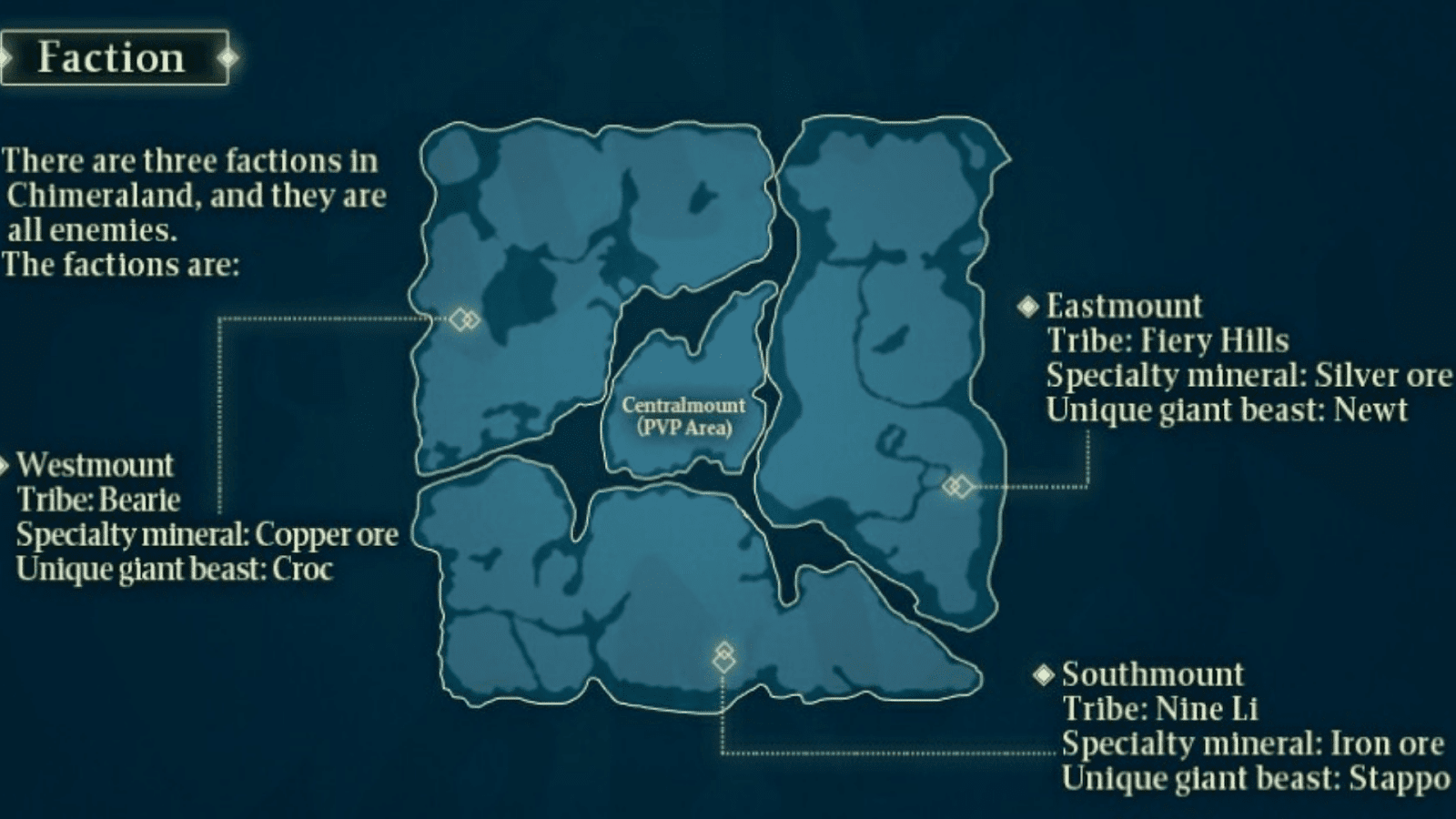 Missions and the Chimeraland System

As a beginner to this game, you need to be well familiar with its main missions, and this game also has a system. So you need to follow up on all the features of this system, and learning it will be very useful for a player. If you can be well familiar with the game’s system, know that you can do a lot with your gameplay easily, and don’t forget to go directly to the main menu. Then you need to hit the guide, so the game will allow you to understand the whole system fully.

After you have followed up these steps, you will gradually learn how to build a camp, how to gather your resources, how to cook and mount, and also you will be able to know your fighting skills. After you do the main assignments in this game, you need to use some weapons, a home, and a course. Keyboard Macros and Keyboard Mapping to your Missions

Since some of the missions on this game require you to battle with monsters and catch them, it is not going to be an easy task for you at all times. Then what support are you going to have here? it is from the best features offered to you from the best android emulator: LDPlayer.

The Keyboard Mapping feature here will help you to make your moves in a powerful and a strategic way because it lets you set some key shortcuts for your movements. And when it comes to repeating attacks like actions, set one button for it will save your efforts, and it can be done with the Keyboard Macros here.

As the last thing to talk about under this Chimeraland beginner’s guide, we would like to take you to its map. Players have to summon their mounts in this game because summoning can help them to speed up the journey. You can see there is an icon from your main screen which lets you summon attendants and pets, and only one of them can be summoned if you press that icon for too long.

There are some towers you see on the map, and if there are any of the tallest towers that catch your eyes, go for them and light them. This is identified as the Central Pillar, and it literally gives you the chance to see your nearest map in the game. Try to use that for teleportation. In case of being stuck anywhere in this game, you can use the Unstuck option to become free. The Unstuck option in this game can allow you to move to the nearest central pillar. These elite monsters are available in this Chimeraland game that you have to kill from the Totem challenge, and if you can do it successfully, the game will offer you some equipment. Try to enter this Totem challenge day by day, and it is the best way to earn your equipment.

The next thing in Chimeraland is about the attendants. They can be utilized with some ranged weapons, and know that in Chimeraland, attendants are the ones who can deal with the greatest damage at all. If you are at your early game phases, try to go with Vulorman, as it is the best attendant you can use on your early game.

If you want to attract Vulormna, go to the Household shop and purchase some Drum Leg Couch as it can attract Vulorman towards your home. If you want to recruit him, you must be packed with 10000 Molten stones and ten fried tenderloins. If you go fishing, you will be able to have a Mermaid, and this Mermaid and take powerful attendants for you after raising.

So this will wind up our Chimeraland beginner’s guide with the most basic points to engage in the game, and we genuinely hope that what we have talked about under this guide will help you raise better in this gameplay. So take your journey from here and have the best starting for your gameplay with help from this guide.