Summoners War Sky Arena has never failed to become a sensation over the past years, and now they have reached their eight years of survival in this gaming world. But still, they maintain the most significant player base just as it had over the past years, and this RPG game always came with a lot of events and celebrations to attract the players towards it. So one of the very best exciting features it had was the Summoners War Sky Arena monsters. 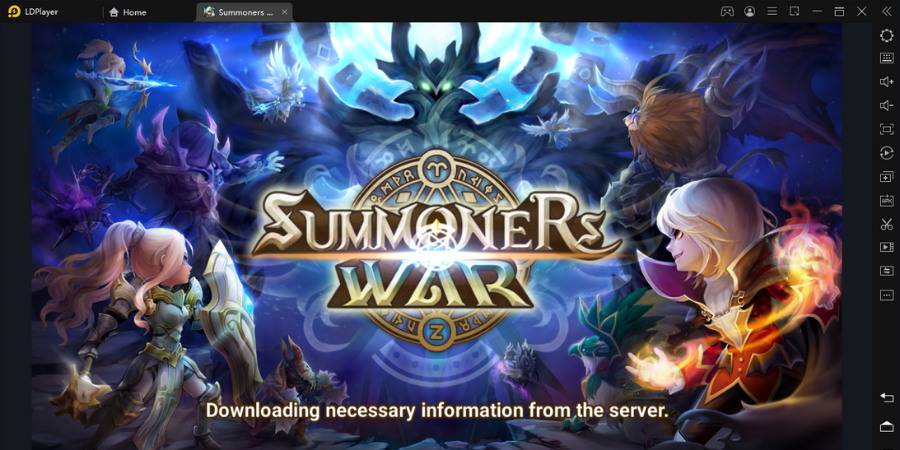 So today, we are taking you to the Summoners War Sky Arena monsters tier list to have a better skill up for the game, and this list has been made by aiming towards the mid and new gamers. It is a must to mention that none of these monster ranks is saying that any of them are better than one another, and we are primarily focusing on the new players who aim to have the highest progress from the PVP and PVE phases of the game. So no more talking, and let’s move on to the Summoners War Sky Arena monsters guide as follows.

These are the two natural levels of Summoners War Sky Arena monsters and know that if there is no monster you want to include in this list, it is not a sign that proves that they are not worthy. They will also be valuable and helpful, but this guide is made for all beginners. 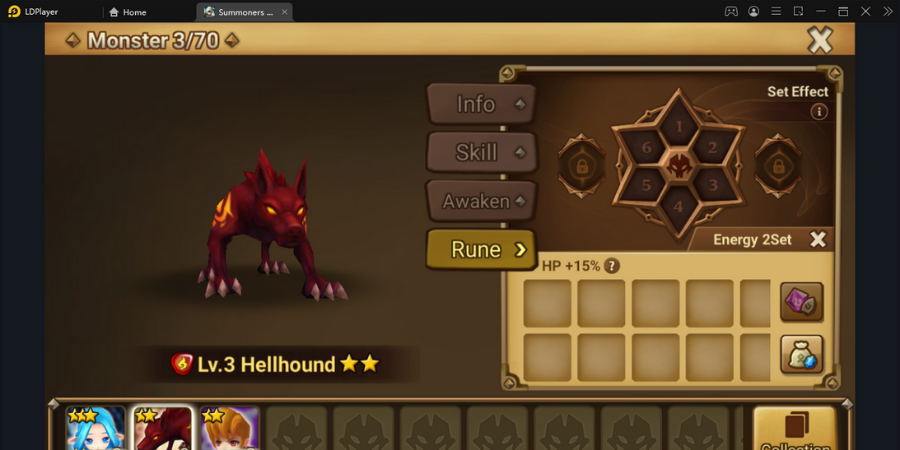 These are the S tier ranks ups for the monsters with various categories.

All monsters have been included on this list just because they are showing the highest strength in your PVP game, and they will be very useful for several areas in the game field. These monsters show the highest level of defence and strength in the arena, and they are just good for the PVP and PVE game phases.

The Lushen from this Summoners War Sky Arena monster list will be able to have some skill ups, and he is doing it by having a fuse to the fire brother. But note that it will be somewhat time, energy and crystal taking process.

And here comes the A tier monster skill ups.

These monsters have all the rights to include in his list due to their highest strength shown in the PVE game phases. Twins have the greatest power to deal with these phases in the game, but they don’t have a good level for the skill ups. You can have the skill ups for Iris, Tyron, Triana and for Verde by fusion. 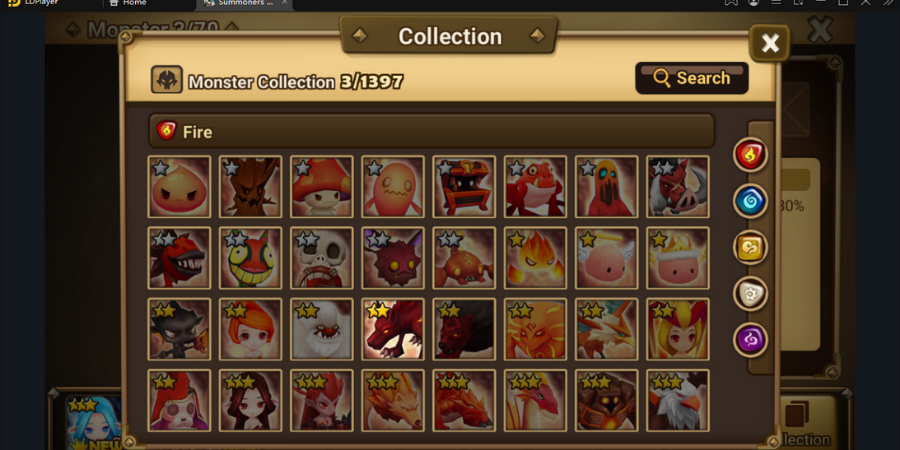 These monsters are not that easy to deal with because of the synergies they hold in the game. But still, they are suitable to be skilled up and try your best to build them after you have received them. If you have earned a good one from Summoners War Sky Arena monsters, we are sure that he can do better for you right after you earned them.

So here are the S tier monsters from natural five stars.

These all monsters show some powerful capabilities for several parts of your game, and they are very versatile monsters. The monsters mentioned earlier are showing some absolute skills for the several PVP compositions, and they can do better with respective skill ups. Most of the natural 5-star monsters from the S tier are so helpful on your PVE phases.

And this is the list of A tier monsters.

These mentioned Summoners War Sky Arena monsters are non-niche and very helpful for the game, but they do not have much potential, just like eh S tier monsters. These monsters are really good to utilize in your PVP game, and some of them will have a little power to beat in the general arena and guild PVP.

These second awakening Summoners War Sky Arena monsters are doing much from their healing and damage. So have a check on the S tier ones first. 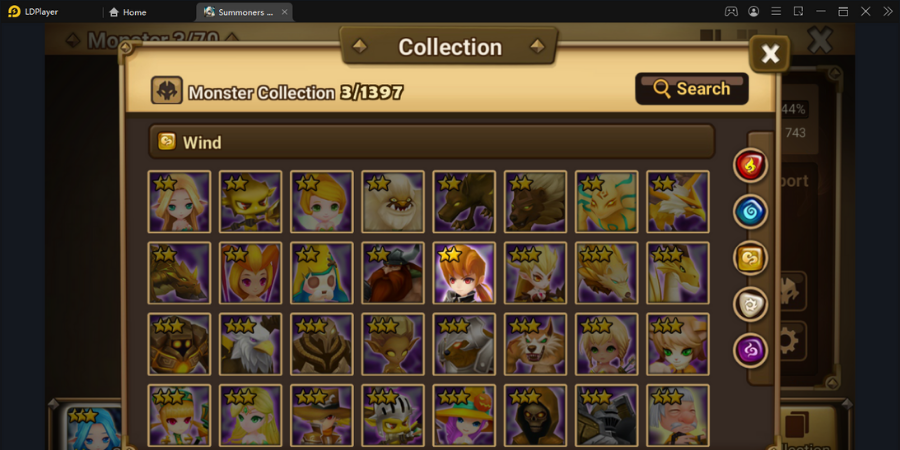 In this list, Vigor will be the 1st monster that you should use on your skill ups, and he can be used on most of the PVE phases. And without any doubt, he is one of the best all-rounders from the Summoners War Sky Arena monsters list. There are so many bonuses associated with Vigor, and he is much more worthy with the damage skill ups from the game.

And then comes the Shamann and Spectra. Although they both have a less cool down for their skill 2, Spectra is a better monster to be utilized in your gameplay. And the 3rd skill of this Spectra will be a great strength for a player.

Bernard in this list can have a 4.5% additional attack, and it will be relaxed over the speed tuning. But if you are searching for a better A tier hero, this one is the best and will be very useful for a beginner as he can speed up the game. Bernard can also help experienced players to have more potential for damage over their speed. If you search specifically for a damaging monster with one shot crystals, you need to go for the Icaru.

On the other hand, Linda is coming with very valuable bog bonuses with her skill ups. Jultan monster is a niche one, and Eshir will take only one skill up. Moreover, Lulu can take three skill-ups as a minimum value.

If you need some better movements, pour the greatest suggestion for the Summoners War Sky Arena. It is the best android emulator: LDPlayer. The feature that can help us here is the Keyboard Mapping feature. This feature can let you control your ways and movements with a personalized keyboard, and by setting your most familiar settings for the keys, you will make your gameplay solely yours. 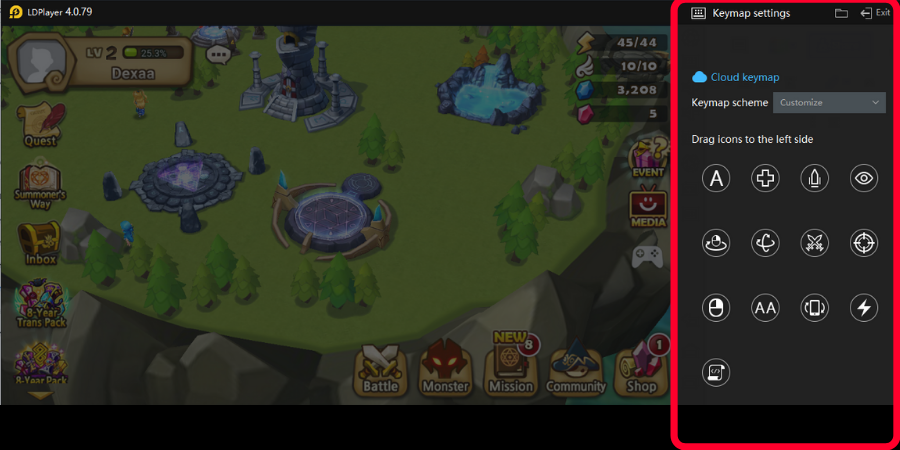 And that is the end of our Summoners War Sky Arena monsters list, and by referring to this guide, try to gain better knowledge as a beginner about them. Whether you go for A tier and S tier, know that there is no one to be mentioned as poor and choosing a monster will be only based on your needs for the game.