In 2020, an Israeli game developer, Plarium Games, launched a freemium mobile game named Raid: Shadow Legends. This is an RPG game with extraordinary graphics. This is an adventurous game for serious game players with a collection of turn-based battles. For Raiders, there is exciting news about an upcoming update at 4.30. The new update will launch so soon. This is because of many adjustments in behaviors and character introductions parallel to the Fusion event in June. So, this guide will take you over the changes we will experience with the new update. So, simply download Raid Shadow Legends on PC and join the newest update.

The saved team will allow players to pre-arrange the behaviors of their champions in both players vs players battles and player vs environment battles. This will allow players to know and arrange each champion in order before they enter the auto-battle. This option will be available from Level 30.

You can enter this feature by clicking the button Team Setup in the Champion selection screen, which appears before the battle begins. After that, you have to finish the precise tasks by selecting a champion according to your wish. You will have ten saved teams. The campaign Faction Wars, Doom Tower, Clan Boss, Dungeons, and Doom Tower are the player vs environment battles. Tag Team Arena and classic Arena are the players vs players battles.

You can rename the saved teams according to your preference. Then you can make the team go to the battle. If you think you do not want saved teams anymore, you can delete them.

Apart from the options mentioned above, players can change the skill priorities of each champion. This will make the game easy. Following are the settings to use this option.

The playtime rewards will increase corresponding to your player level with the update. Here are the adjustments of rewards,

This June, the Legendary Dwarf Attack Champion will be available for Fusion. He is Hurndig. He will help you as a best friend if you need any accompany to attack a troop of enemies or apply some hard debuffs. 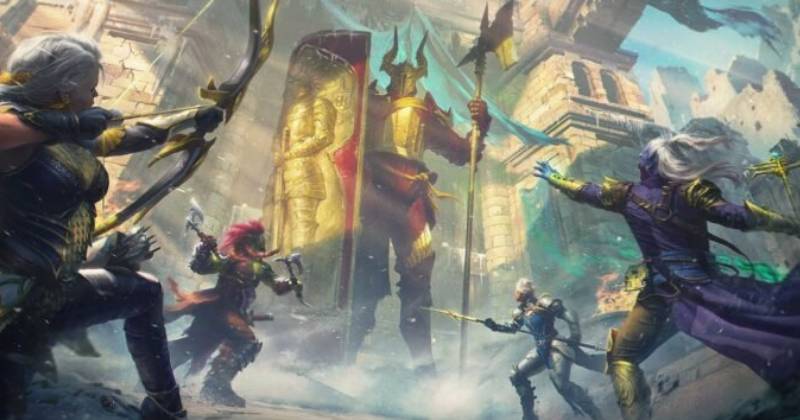 Hurndig – he is an attacking-type champion, and with the affinity is magic. His faction is Dwarves. Lethal Lust is one of his skills. He can attack an enemy, which allows an extra chance, and if the attack kills an enemy, it will reduce the Statis Strike's cooldown skill by two turns. Arcane Tempest is another skill to attack two enemies by allowing a 75% chance of creating 50% and 60% debuffs in two turns.

In Statis's strike, he has two basic and Ascended skills: attack enemies if the first attack is critical. Staid will refill the Turn of Champions by 10% once per hit and 20% when an ally dies. In addition, his Aura enhances by 35% in Ally ATK Arena battles.

Lady Kimi – is a supportive type of magic champion. Her faction is Shadowkin. Her skill lady's touch will attack the enemy who has the highest Turn Meter. While the Flurry of Petals hit all the enemies, Spirit Flux removes one random buff from each enemy. Imperious will reduce the enemy's Turn meter by 5% when she makes a debuff on an enemy. Her Aura enhances by 30% Ally SPD in battles of Doom Tower.

Nobel – he is an attacking type force champion. His faction is Shadowkin. Smell Fear can attack an enemy, reducing the duration of two random buffs on a target by 40% to 60%. Harbinger, Dismay, and Desolation, his skills hit one enemy while decreasing the Turn Meter of Champion.

Siegehulk – is an attacking magic affinity champion. His faction is Ogryn Tribes. He is a skilled Battering Ram who can attack an enemy to reduce the Champion Turn meter. Thrashing also fits a skill that can attack and buff on enemies. Siege Breaker is a skill with two types as Basic and Ascended. His Aura enhances by 24% in Ally C rate in Doomed Tower Battles.

Gory – he is an attacking-type spirit champion. His faction is Shadowkin. His skills, Cold Comfort, Frost Jutsu, Frost Breaker, can debuff targets. At the same time, the skill, Dignity can make counterattacks with Cold Comfort.

Skathix – he is a supportive type Void champion. His faction is Lizardmen. His four skills, Leg Wrack, Transfer Rush, Scales of the Ages, and Last Gasp, can debuff enemies. His Aura increases by 40% in Ally RES in every battle.

Hoforees the tusked – he is a supportive type of force champion. His faction is Skinwalkers. His skills Burly Bash can debuff enemies. Basic and Ascended are the two types of Eternal war skills that can reduce the Champion Turn meter. His Aura increases by 40% in Ally RES in every battle. Mycolus – he is a supportive type Void champion. His faction is Ogryn Tribes. His skills Vigor Spores can attack an enemy and can cure the damage caused to a champion. His skill Fungal Privilege can debuff on all allies while the skill Absorbtion Roots can reduce the damage that all allies get. His Aura increases by 21% in Ally DEF in the faction.

Hellborn Sprite - he is a supportive type of spirit champion. His faction is Demonspawn. His skills; Shivering Malady, Crumbing Flesh, and Transmuter can debuff enemies.

Odachi - he is a defense-type force champion. His faction is Shadowkin. His skills; Showy Slice, Great Sword, and Keeper, can debuff the enemies. His Aura increases by 25% in Ally DEF in Dungeons.

Assassin - he is an attacking type magic champion. His faction is Shadowkin. His skills, King's End, Lingering Death, and Drought of sleep can debuff enemies. His Aura increases by 10% in Ally SPD in every battle. 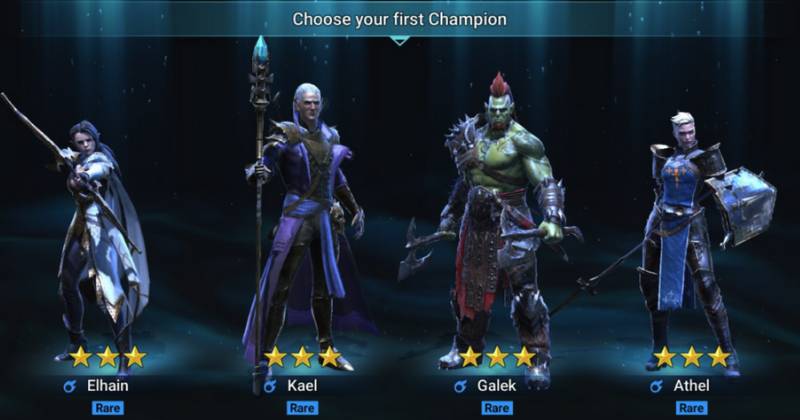 The previous released Patch 4.30 can be viewed here.

Use the Multi-Instance Sync feature to earn heroes fast and have a quick yet easiest rerolling than the standard. It will let the players perform multiple rerolls simultaneously, and each reroll will earn your dreamed desired hero within seconds.

There is an exciting update in Raid Shadow Legends Update 4.30. There are several interesting champion introductions, rewards, developed features, and improvements in quality of life. So, don't miss this exciting update!