PUBG Mobile is one of the most trending and downloaded games in the past few years. The game is just like any other action battle royale game, but it has more than what any other action game can provide on mobile phones.

The graphics are just amazing, which makes the game much more suitable for high-end devices. PUBG Mobile doesn't need any introduction or any basics. Below we have mentioned some of the top crucial tips and tricks to survive longer in Rank matches. So, without further ado, let's get started. 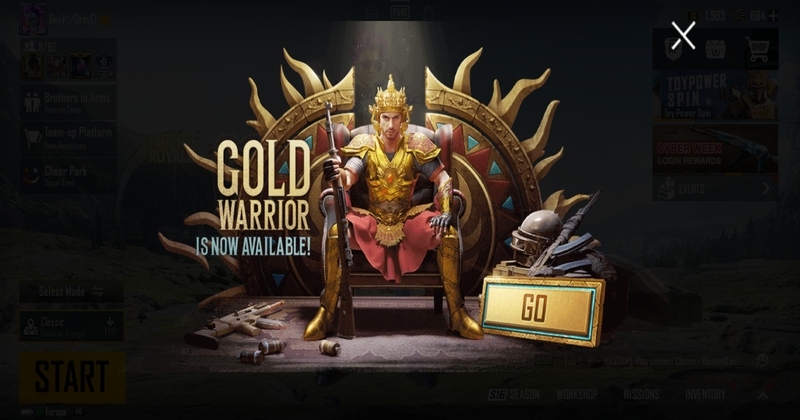 For new players, every match you play in Classic Mode counts towards your rank. At the end of each season, your rank resets, and you push again. There are eight stages of Rank, and each stage has five sub-stages except Ace and Conqueror; the stages are as follows:

A new player usually starts with Bronze 5 and then move up after he/she earns 100 points in the matches. When you reach Ace, you earn stars from 1-5 stars you get a Copper star, then Silver Star, and Gold Star at 11 stars or more. Conqueror is quite hard to achieve as only the top 500 players can get this title. Let's dive right into the tips and tricks.

You have about eight weeks meaning roughly two months, to push your rank. But the most important time to push is as soon as the season start, and that's because if you are new, you will need time to push slowly. For example, a top player plays about 800+ matches, but you only need 100 matches to push your rank if you play safe. Know that you have to maintain a good KDA while pushing your rank because, at the top, you won't be respected if your KDA is low. KDA is the kill to death ratio from every classic match you play. So, make sure to maintain both and don't push rank until you are ready to take down two members of a full squad.

Playing safe is not a newbie move; it's a wise choice while pushing rank. It's better to survive till last than die at the start because that's what will happen if you drop at the hot places like, Military Base, Pochinki, Georgopol, etc. Instead of these places, go a little safer and drop at locations like Gatka, Quarry, Prison, Mansion, Lipovka, etc. Being a cautious player doesn't mean you are not a good player.

A good player always takes his time before taking a fight. For example, you dropped at a hot location, let's say Military Base, and you couldn't find a weapon, then what? You won't be able to fight back with no weapon, and that is why it is of the utmost importance that you drop at a location where you can loot first and then start killing enemies one by one to be the last man standing.

While jumping from the plane, know your surroundings. Always expect your enemies to land in the same location as yours. And before they land, make sure to look at their location and where they are landing. If you know their location, you can take them down easily. Make sure to rotate and wait for them to come in open to take fights. If you are good at mid-range fights, then surprise them while they are in the open; otherwise, let them come near you to take close-range fights.

For example, we all know some players pick Pochinki as their drop location, and we often see Red Zone there, but it doesn't always mean there are a lot of players. As mentioned above, it all depends on what the current Meta is, and you have to know this. Now to the part about how to know what the current Meta is, you can do searches on the internet or find out by yourself while playing in the Red Zone Area.

About Safe Zone, Safe Zone also works according to the Meta. Usually, it becomes where there are fewer players in the area, but it also changes every season. No one can judge where the next Zone is going to be right from the start, but after the first and second zone, you can make an assumption and move accordingly.

Knowing the Meta can make a huge impact on your game. What if you don't have to move because you are already in the zone, and you know every player will have to move into the Zone, which means they will definitely make mistakes, and you can punish them accordingly. But what if you have to move? Will you be able to survive the attack? The answer is probably no because you have to get into the Zone, and you also have to take fights simultaneously, so you won't be able to focus on one thing.

Calculate your chances before taking fights:

You might know about what happens when you shoot down one player from a squad without knowing his other teammates' location. Well, this can cause a lot of problems for you. Yes, you found the opportunity, and you took it, but if you don't know the location of the whole squad, then you are exposing your location, which means they can change their locations and flank from your back.

Calculate your chances of survival and only take fights when you are 100% sure of your enemies' location. A lot of players make this mistake while pushing rank, which leads to their death.

Not every map is suitable to push rank, and that's the truth. There are five different maps available in PUBG right now, including Livik, Erangle, Miramar, Sanhok, and Vikendi.

The following are the reason why you can't choose a random map and start pushing rank: Now you might have noticed that almost everyone likes to play in Erangle because of the high points and game time. It has been considered to be the best rank-push map before Livik was introduced. Livik offers less game time and balanced rating systems, meaning you can get about 16 points out of a 15-minute game.

Compare this with the Erangle match in which you play for about 30 minutes and get about 25-30 points, depending on your current rank. If you are pushing your rank, it is recommended to push in Livik and Erangle map. The reason for this is that other maps won't give you many points for your efforts. So, why not use a map where you can score more points in less time.

The Rank push edition of PUBG Mobile is especially for low-level players who struggle in every season and can't seem to find a way to push rank without facing issues.

The above-given tips and tricks contain everything you need to know before pushing rank: the weapons, locations, maps, etc. Follow all the above-given strategies to the letter to start pushing your rank with an advantage over your enemies.