Before jumping into the discussion, let us ask a question from everyone. Have you ever seen a sausage playing the main character? Whether your answer is yes or no, we will tell you about a game in which the main character is a sausage, the Sausage Man. But do not underestimate its battles because they are not as simple as you imagine. We need some better support for it. To conquer all these battles, having tips about the game is valuable, don't you agree? Here, the player will be dropped into the combat zone, and like in other battle royale games, the player must survive until the last, which is called trying to be the "King of the party." There is a good loadout system, and players can customize the sausage characters. Considering all this, we can imagine why the Sausage Man is so popular. It's impossible to be the "King of the party" without having some tips that make it easy.

When you play the game, you will find many unique abilities embedded in these Sausage characters. Another thing is that the Sausage Man game is super funny, and players won't feel any bored if they catch up to its playstyle. To make you understand its playstyle, we designed this guide, and at the end of this, we can guarantee you will get a good knowledge of every aspect of the game that you must know. Finish talking; let's go.

In this part, we will give you Sausage Man controller support. Before going to the battles, make sure the controllers are comfy to you. For the comfiest settings you can ever encounter in the game, just play the game through our best emulator: LDPlayer.

The Sausage Man game offers different settings, such as firing mode controls and switching scopes, and there are many more buttons to customize as fixed or floating buttons. Players can select the layout they prefer and quickly adapt to these in-game controllers if they have played other battle royale games. 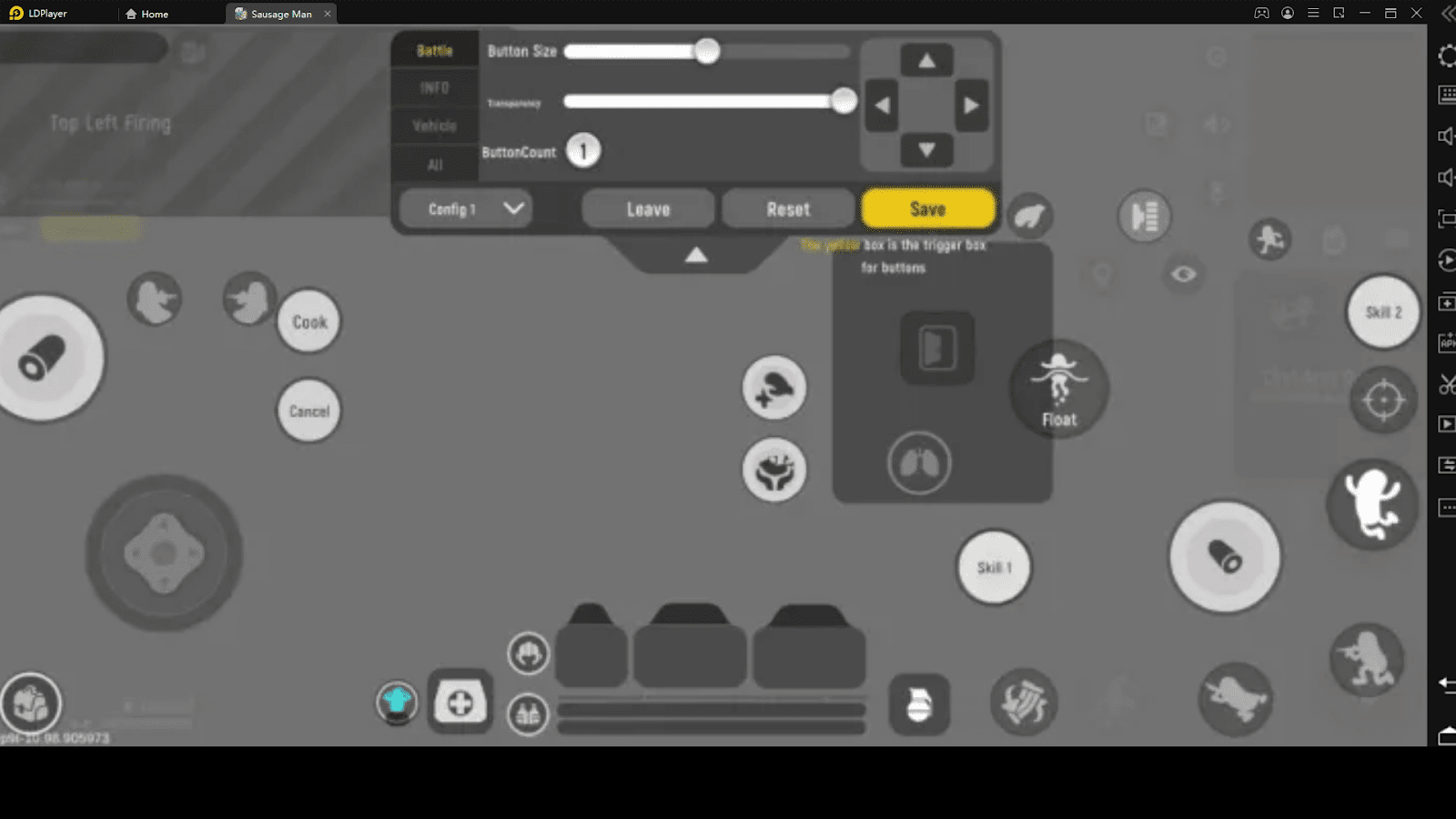 For these controllers and layouts, we can set our most familiar key bindings with the help taken from the LDPlayer, which gives you the possibility of moving and acting so fast in your game. So no need to stick over one setting; instead, go with many with the smoothest movements. You can do it now with the feature called Keyboard Mapping.

Practicing Matches in Any Mode

After adjusting the game controllers according to your preferences, everyone is now eager to play a match. But before that, practicing is essential in all the battle royale games and so in this game. The Sausage Man game has classic arcade and training modes. It doesn't matter whether you have good gaming experience in other battle royale games or are new to this kind of game; everyone must attend some matches to practice. The fundamental mode here is the classic party, and it's the best to practice rounds. Forget about the ranks, forget about the achievements and just hop into a match to learn how things work in this game. Before ranking up or completing achievements, players must have a good experience with the basics of gameplay, tactics they should use, weapons to carry out, etc.

In the beginning, we recommend you attend some classic party matches to understand the basics, and now we are telling you to try the training party after you fought in a real battle. Players can improve the gameplay through this training party that helps to level up faster and can train the battle tactics you learned while practicing in real matches.

In the training party, all the guns are available, and you can pick one by one to test their performance, and there are moving targets to practice shooting to improve your aiming. Players must get the maximum advantage out of the training party, and there are more tools than weapons here, and you can use any of them to select which ones are more advantageous for real battles. Cooperation With the Team

In the Sausage Man game, players can participate in matches all by themselves (solo) or as a duo by engaging with one other player or as a squad of four players. When players engage in battles as a duo or squad, staying close to their teammates is better. Even if you are a veteran or a beginner, always stick together with other team members so you won't be killed easily by the enemies.

When you are playing with friends, it's easy to cooperate, but with random players, cooperation gets much more brutal. But still, everyone should stick together and compete against others who try to steal the "King of the Party" rank. Don't go lone wolf and act as reckless because it will cause your death in the match, and you won't level up faster than you hope. Want to know more about Sausage Man? Learn everything from here.

Be More Considerate About Your Health

Consider your health as an essential factor in all the shooting games. If you run out of health, it will decrease your performance, and anyone can easily target you to die. But, the Sausage Man game provides you with different health boosters like painkillers and energy drinks.

After a battle, players must use a health booster to increase their health, and it's essential to keep your health bar full because we cannot predict from which direction enemies will attack.

Strategize Around the Shrinking Safe Zone

Shrinking safe zones is a game tactic to reduce the playable area of the Sausage Man game to gather everyone into a small circle and eliminate some players. Safe zones shrink at different intervals without considering the number of players left. When the announcement comes before it starts to shrink, players must prepare themselves not to get caught with it. What if you get caught in shrinking safe zones? It will consume your health little by little, and opponents are waiting to kill players who caught up with the shrinking zone.

But if you have a vehicle nearby, you can use it to avoid catching into the shrinking zone. But it's better to plan a strategy before you catch up with it. Even the behavior of the zone shrinking cannot be predicted, but you can assume areas that will be safer for the team. If you are wise enough to plan a strategy, the safe zone will be an excellent chance to eliminate many other opponents.

Choosing an Area to Jump

Choosing a battle area from the map to jump is an essential thing every player must focus on. The Sausage Man game lets players jump off an aircraft, which should not be done randomly. The direction of aircraft moving varies in different matches; regardless of that, it's better to jump into a specific location that helps you win the game. Your location will directly affect your gameplay, so players need to choose an area abundant in weapons, medkits, and many other loot boxes but a less crowded area.

Simple Tips to Level up Faster

As we promised, we have given you the best tips to level up faster here for Sausage Man, but still, there is more to learn, and to feel the battling being a sausage can only be known by playing this unique game.