The mobile battle royale game named Sausage Man has become an inclining game in the world of gaming. Unlike other mobile games, here you will enjoy unique and funny characters. Most players are in touch with the game with the visible uniqueness and the detective series of the game. It is pretty new for gamers to see a sausage controlling and driving a man to series of killings. 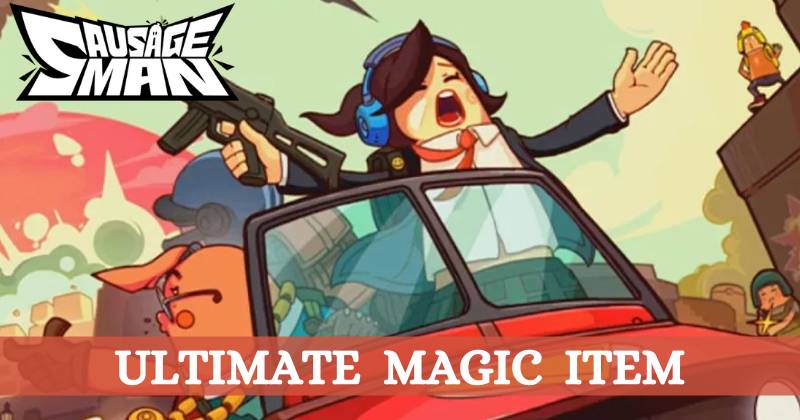 The magic items are one branch that ensures the game's existence apart from the firearms and melee weapons. Generally, the players will get the magic items with the entrance to the training party mode. You can exercise and learn different magic items which are available at the battles. Today, let us have a small go-through around the magic items you can encounter in Sausage Man. Download Sausage Man on PC from here and enjoy the guide through magic items.

You can see this as a throwing item in Sausage Man. The primary duty of this is similar to the Grenade in general. This has the same size and has a high explosive ability. So, you have to be more careful about the enemies who have the potentials to throw those towards you. 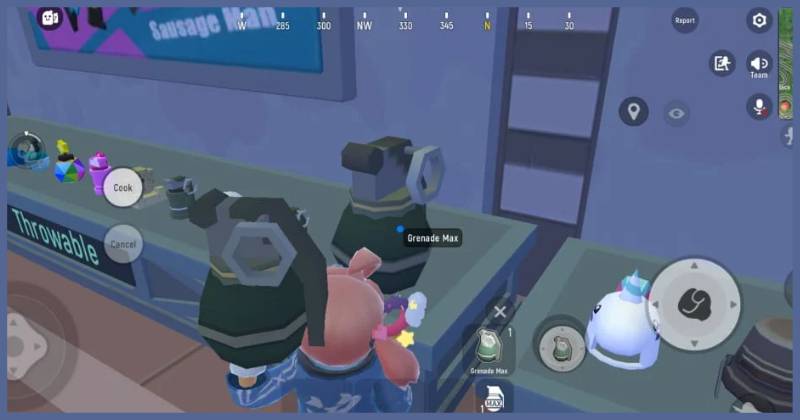 You can identify this also as a unique throwable item in Sausage Man. The name itself depicts the physical appearance of this item. This will be more like a ball-shaped snowball. When you throw it, it will have a freezing effect. So, when a snowball hits an enemy, he will freeze instantly. That is an easy method to use to eliminate them. 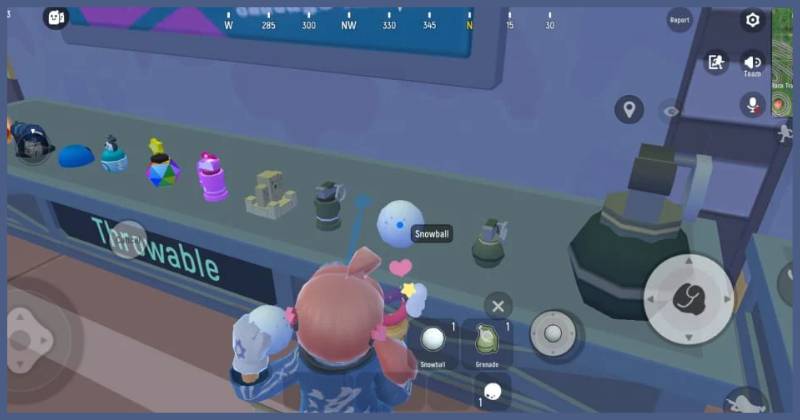 This is also a throwable item. But, you can make it into the versatile protector. So, it will be beneficial during a teammate's turn when a child is asking for support. So, you can block the view of enemies. This will happen temporarily. Then you have space to ask for help from teammates. If not, you can be a wall of protection to safeguard from the enemy. 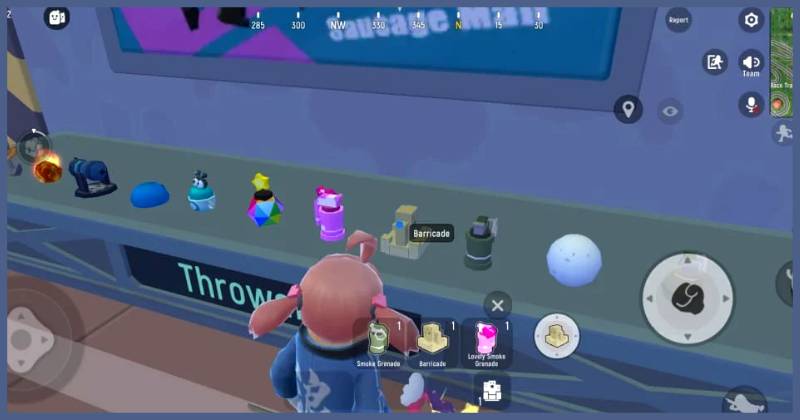 This function is more like the regular smoke grenade. Both of them have similar features. It can expose smoke to the enemies, and it will make their view unclear. The mismatch between the two is, Lovely smoke grenade does not emit smoke. But, it has a giant heart shape that will cover up the player. So, through that also, it will become invisible to the enemy. 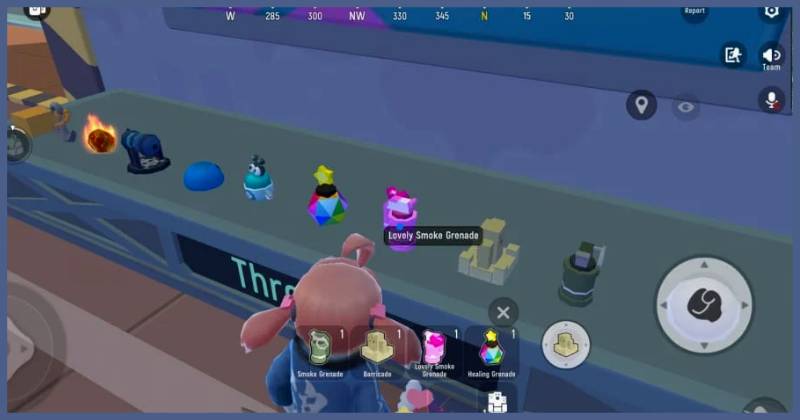 This item is quite distinguishable among others. Through this function, you can store some amount of HP again. But this will apply to that area only. The players can throw the healing Grenade and hold their HP level and teammates' HP level again. 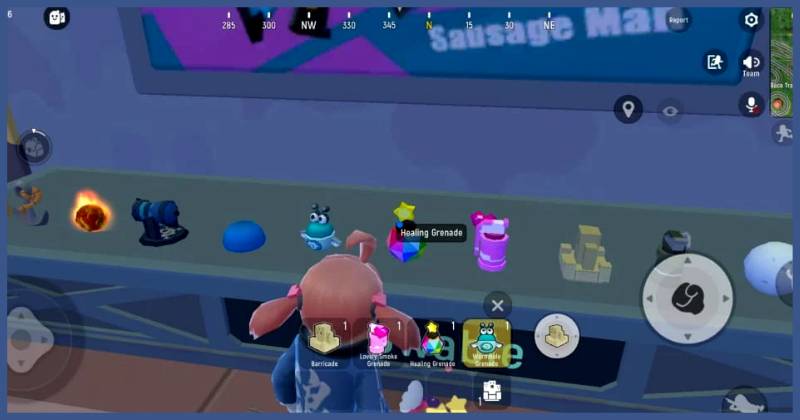 This wormhole grenade will become more valuable during the battles. It is more like a magical item, and you will see this as a magic portal. So, when you are shortening the journey to some distance immediately, you can use this. But, the portal of the wormhole grenade has a short duration. 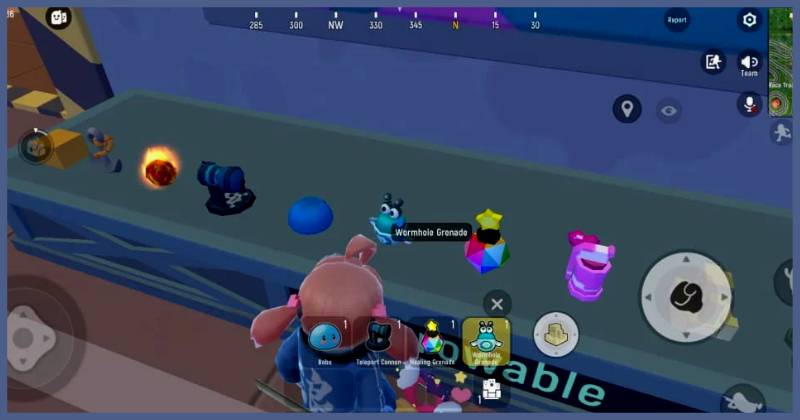 This is also a unique kind of magic item in the game Sausage Man. When you throw this, it is turning into a monster of blue slime. You can use this blue slime monster for some activities. The players can use it as a tool of jumping. There, the players can have a view of the position from the above side. Apart from that, you can use this blue slime monster to evoke the enemy. Then you can shoot to it. Through that, you can get a clear idea about the location of your enemy. 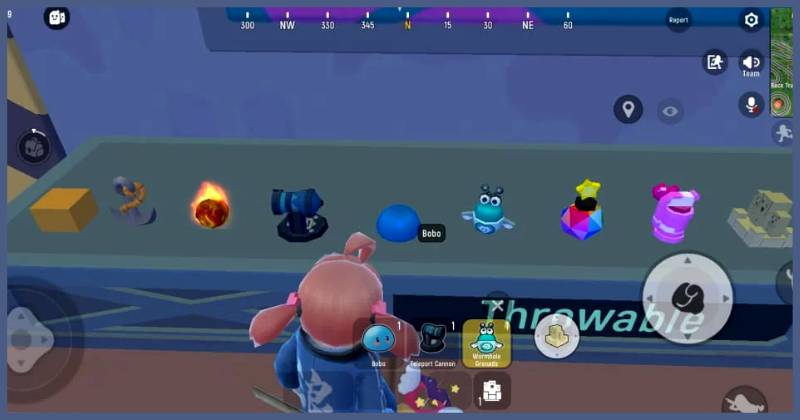 This is a magic item in the game where the players can move to faraway locations. So, with the help of Teleport canon on Sausage Man, you can go to distant places with less time. There is one more fantastic feature of the teleport canon. When you throw this, it will turn larger. This will happen automatically. After that, you can bounce this. So, the player can bounce it to the location where he needs to move. 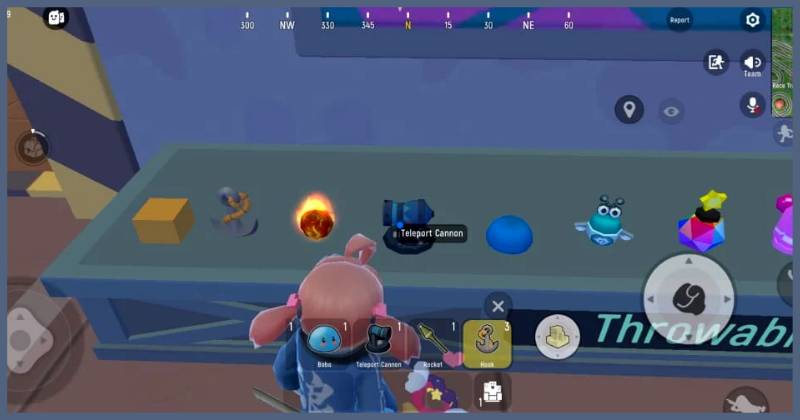 This is also a throwable item in Sausage Man. The fireball will act like a Molotov also. Now, you might get an idea about the ideal power of this. This has potential powers to disable an opponent. This will happen by making the enemy burn. Apart from that, the fireballs will be active for a long time. So, the players have enough time and space to go around the fireball and make the best attack from that.

Best tips for better gameplay can be viewed from here. 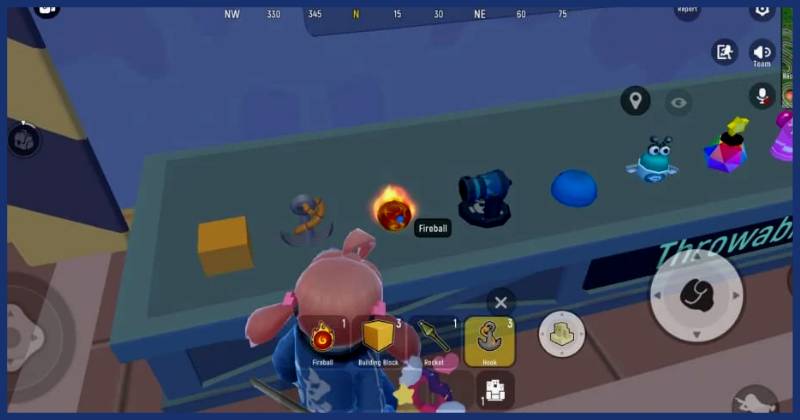 This magic item of Hock is also known as the anchor in Sausage Man. This is also a throwable item. It will act as a valuable tool for teleportation. When you encounter places you cannot reach easily, you can use the magic tool of Hock. For example, it will be challenging to get to a tall building, so you can use this Hock as a tool to reach there. 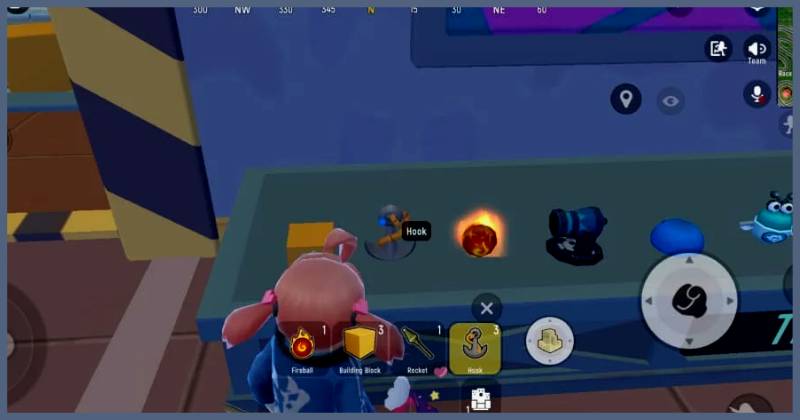 Through this magic item of building block, you can get the similar utility of Barricade. But, this will become more useful when you are blocking the views and attacks of your enemies. Anyway, you will find building block is relatively smaller than other magic items. But, you can take that out of the three boxes, and then you can have lined up it properly. So, in that manner, you can make the best use of the building block. 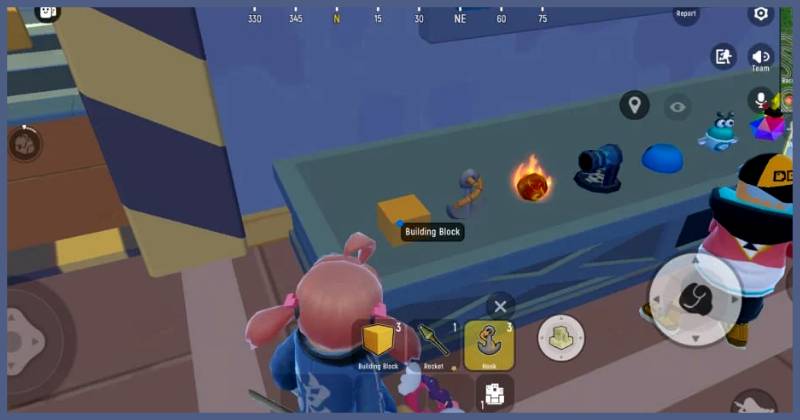 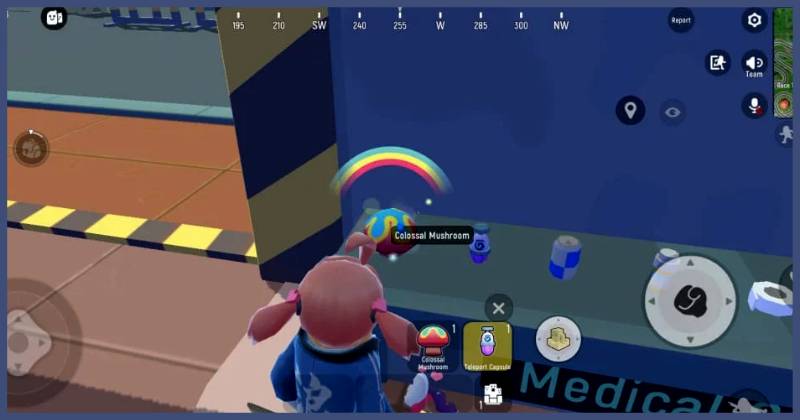 This magic item is essential in the game Sausage Man. It will have inclined as an item of  medical supply. When you take it, the player will immediately move in the air. So, you will find more benefits from the Teleport capsule. So, you can have a look at the position of the opponent in the air. It will be helpful during the game. 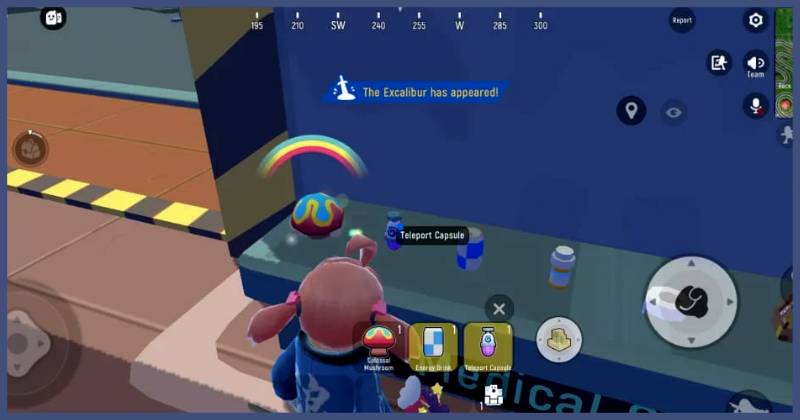 This is another magical item in the game. When you use the Shadow warrior legend card, the player has to wait before the usage. There is a need for two skills of the items. The first skill of this is equal to the Hock. The second skill gives a chance to players to cast the shadow. It will be trickier to the enemy. So, you have to note it when using the Shadow warrior legend card as there is no chance of using the throwable items here. 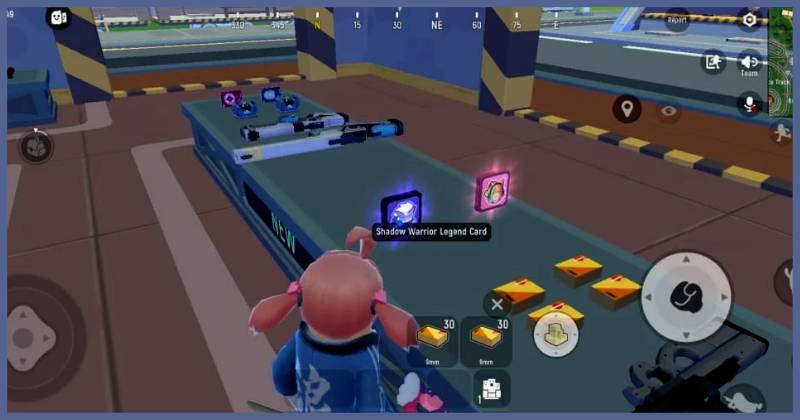 The Sweetheart legend card is another valuable battle item in the game. This has two primary skills. The first skill is about restoring the HP of the players and the teammates. The second skill will give a revive to the teammates.

If you need to have the smoothest functions with the game, try creating your own key sets. That is where the Keyboard Mapping Feature comes, and it's time to create your favorite key sets to the game controls.

Sausage Man is a game where the players can get a unique kind of experience in gaming. There you will see several magic items which will act as supporters to you during the battles. Each magic item has a unique benefit and service in the game. So, read this brief guide carefully and get a clear idea about the magic items in Sausage Man. Sausage Man How to Reach the Pinnacle Rank