Mythic Heroes is an Idle RPG game that brings the gamers and the interested parties to experience one of the best fantastic gaming experiences in the gaming arena. As this game consists of ultimate gaming settings and plots, they are the perfect fit for mobile game players to enhance their mobile gaming skills and the ability to face the most challengeable battles. And it will be improved more by the Mythic Heroes tier list. 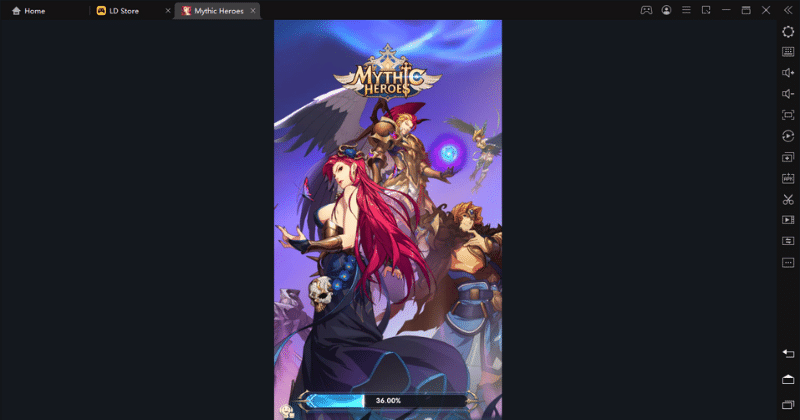 As a gamer who is always ready to face numerous challenges and difficulties on these gaming levels, you should prepare yourself to overcome them. It is essential to classify the game in-depth and its function. Even though there are many significant facts, the Mythic Heroes tier list is the central point that always gives you great support for your victory as well as you are free to summon up your squad using undefeated gods and heroes.

When we consider this game, the Mythic heroes tier list heroes are super talented and advantageous to assist you in defeating dark enemies and destroying their dirty souls. First, you need to have a better view of the particular mythic heroes and their features. This Mythic Heroes tier list shows the latest updates on the heroes individually; it will be beneficial for you to do your battles confidently.

We see so many heroes under the Mythic Heroes tier list, and they all can be categorized under four ranks as follows.

Besides these all ranks, the Mythic Heroes tier list of heroes can again be divided based on their performance in the game mode, and here we are listing them according to those modes and the classes.

Mages from the Mythic Heroes tier list are specialized in AOE damage, and they are well capable of crowd control. These mages are doing the most significant single-target damage to enemies, and when you team up with mages, they are so talented at defeating their enemies.

Fighters from the Mythic Heroes tier list are doing their best for the fights, and they overall have the best utilities and the powers to do better at the combat. So for those who are looking to do the most incredible damage to their enemies, fighters are the best.

Tankers are doing well in combat as they can deal with damage and protect their team members. Having a good tanker in your team can lead you to win so many battles.

Supporters are providing players with healing skills and buffs, and they can damage enemies over time. These heroes sometimes come up with crowd controlling skills as well, and they will well support you during the combats.

Earn these best heroes at a glance with the best support you can take from the best android emulator: LDPlayer. The Multi-Instance Sync feature coming with this emulator will allow the player to have multiple rerolls and those all can be done at one time with several instances created. So you will reach into your best heroes from this Mythic Heroes tier list with a guarantee, and no need to deal with longer rerolls anymore.

So, at last, this is the Mythic Heroes tier list which allows you to enjoy the legendary hero combination freely. So try to figure out the most appropriate mythical tier list heroes for your squad and be the powerful team to defeat the opponents.