Let's move away from our usual gaming plots like battling, shooting, fighting, and other normal genres. What about a BL game with casual, indie, and role-playing genres with several adventures to acquire? If you would love to see those kinds of games, here is My Dangerous Life. Not many players are familiar with this kind of game, and it is rare to find a chance of how we can proceed with the gameplay as well. So let us make your paths easy with this My Dangerous Life guide for you all beginners. 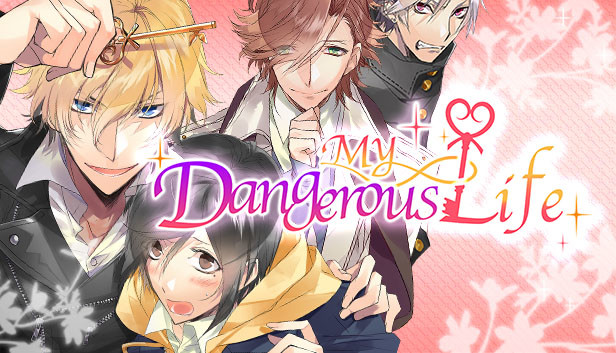 When talking more about My Dangerous Life, it is a BL game that the Giiku Games have released, and Hituzigimo made all the efforts to make this game more fascinating for the players. After all, there is no need to include some more plot twists for this game because My Dangerous Life revolves around the story of a boy's love. So everything is made out of love here, and there is nothing that revolves without the desires. So it is already interesting for sure.

The game's story revolves around Hinata, a college student who wants to study abroad as it was his all-time goal from this gameplay. But everything failed, and the situation got worse once a stranger stole his ID card to be in his university, and now Hinata is seeking help from some handsome men to stay in their apartment. And just so, his dangerous life in this unknown city will start, and here we are to provide some support for it from this My Dangerous Life guide. So let's start.

My Dangerous Life Guide for the Gameplay

Since this game is a visual BL novel game, every beginner should come up with a basic understanding of its story, and that is what we are providing you here with this My Dangerous Life guide. As we said, here lies Hinata as the main character. He left Japan as we described before, and now a stranger is trying to enroll in Hinata's university by stealing his ID. 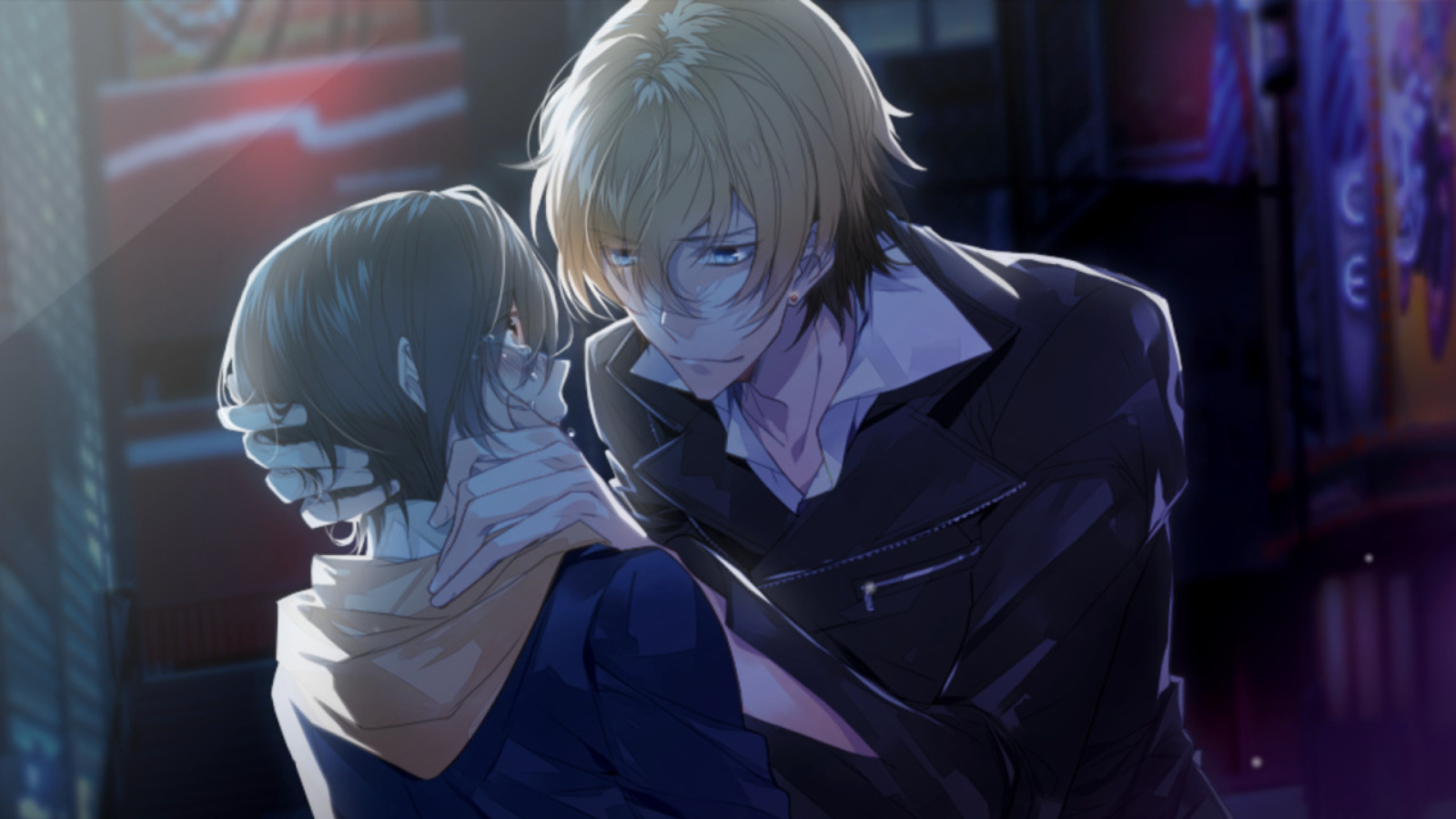 So in New York, Hinata has to find a way to deal with this desperate situation, and he also wants to plan his next move. To this, Hinata takes help from a handsome stranger offering his help to regain his identity. And now Hinata even got an invitation to stay at this stranger's apartment.

The new apartment is coming along with two other roommates, and they also have some secrets behind them. Hinata doesn't know what secrets are hiding by these men, and now he has to live under a dangerous roof without knowing what happens next.

My Dangerous Life Guide for the Characters

As a beginner for this game, the next thing you would expect to know from a My Dangerous Life guide would be its characters. A total of 4 characters are featured in this game with their own type of characteristics, and it is essential to know them one by one. 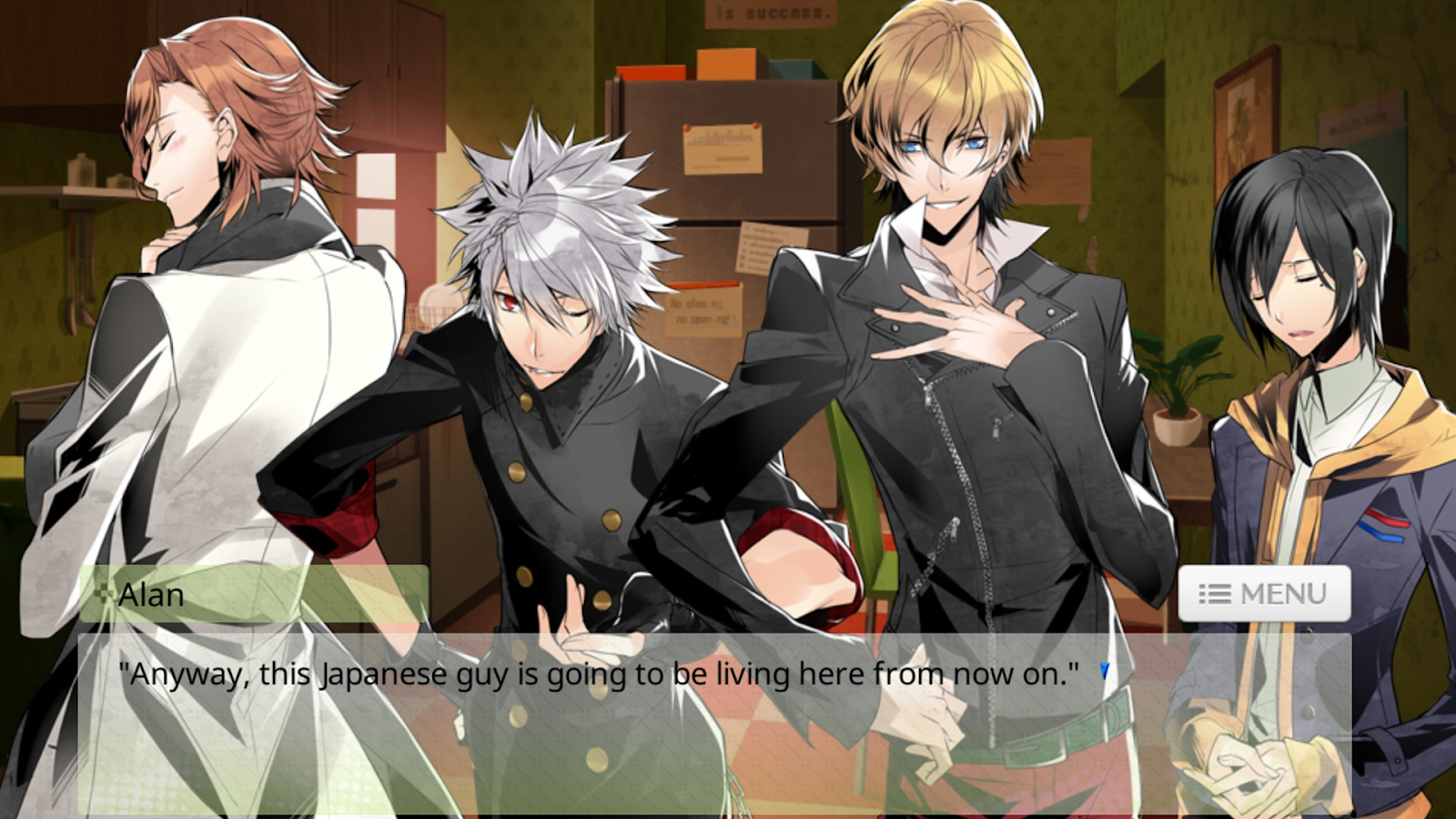 Chad is a guy that we want to describe as one who hides feelings in this My Dangerous Life guide. He has a charming smile with a look, and he does every job without concerning how dirty it is. He only cares about the money. But he has great sympathy for Hinata, and he is even helping Hinata regain his identity and punish the thief.

Basically, Chad is a guy who adores Hinata, and he has a great affection for him as well. He seems creepy and holds an easy smile with him, but he doesn't even care about his class, and the only concern he has is for Hinata.

This is more like an assassin character we would like to introduce from this My Dangerous Life guide, and he is a college student with a very attractive look. He has no weak points because Alan is perfect in all the terms. The Nighttime is when he changes his identity by acting as an assassin serving the underworld.

Alan is the one who offers Hinata the chance to stay in his apartment, but he doesn't want Hinata to invade his personal space. He may seem like a normal character, but he knows that Alan has a very intense personality where he doesn't allow others to be close to him. But Alan loves to be with Hinata.

The third character we are going to introduce you from this My Dangerous Life guide is Brad, who is more like a gangster. He is identified as the leader of the 66 gangs and serves as a bar middleman who caters to the underground criminals. He got some rough characteristics to the game, but in real life, there is no one like Chad who is as cheerful. Brad is the guy who managed to save Hinata when some of the strangers kidnapped him, and he acted like a bodyguard to him. And just like the other characters, Brad also wants to make Hinata his lover, but from all the terms, he respects the boundaries of Hinata.

Finally, Hinata is the main character in our My Dangerous Life guide. He is very innocent and had to face a lot of stealing incidents, and thanks to the kindness he received from strangers, he now has a shelter. Hinata had a sheltered life all his life, and he has an overly trusting issue with his character. He seems like a child from his appearance, which causes him many problems in life.

Hinata is very genuine and only sees the best in others.

What to Do as a Beginner?

Finally, as an important thing to discuss from this My Dangerous Life guide, we will take you into some things around the gameplay of My Dangerous Life. It comes with a lot of phrases, and it is a must to pay attention to each of them because that is how you learn what to do as your next action. It may seem like some repeating actions, but it is still worth paying attention to since this is a visual novel game. You need to give a lot of attention to My Dangerous Life because it makes things difficult because of its complexity. Sometimes, it seems like the things happening are meaningless, but still, if you don't pay any attention to these, you wouldn't be able to do much from your gameplay.

There will also be several routes appearing in this game, and every one of them comes with its own story. However, the path of these stories crosses the goal of the love interest, and there are too many levels as well. So pay your best attention to them in your gameplay. We don't recommend you to visit Chad's route as your first step because it can put you into a lot of trouble. Usually, the route of Chad comes with a log of twists and many turns, which might make it a lot harder to proceed into better.

Instead of Chad, we recommend players proceed with the routes of Alan and Brad. They have a great story with them, and they don't focus much on thrilling things. Instead of those hard phases, these two routes will be designed with the actual characters of the game.

Since Hinata is our protagonist, you should know that he doesn't go to be in peace all the time because he moves from calm to stress all the time. There are a lot of personality changes that happen with Hinata, especially when he engages with other players. If you seek some of the best thrillers and have some fluency taken from the routes, then you can take the route of Chad, as it has a lot of twists that you cannot even think of. So, do this route only if you are fluent with other routes and don't use it as a practice mode because there are a lot of things to be wronged from Chad's route.

If you prefer more games like this boy's love, we suggest you go with the NU Carnival from the best android emulator: LDPlayer, as it will be your best option for having the best graphics. Since these games are highly visualized with the best cinematographic options, you wouldn't be able to have the same advanced level of gaming in another option, just like the one you take from the LDPlayer. The same applies to My Dangerous Life as well.

You may use a low-end device that lags all the time without having proper visualizations. But now, you can adjust them with the best settings offered by the LDPlayer, and it is your best option to have the best visuals from your gameplay with My Dangerous Life when it comes to the mobile version any time soon.