This is where your mission to save the continent by waking up the goddess begins. The cartoon-style graphics of Lost Tamia: Dungeon Intruder, along with the unique looks of its characters and enemies, make for striking visuals. The sound effect is lively, and it is backed by original music with two different melodies that play at different times.

At the start of the game, there are three classes to choose from, and each character can only be a certain gender. In this version, the Warrior is a man, and the Archer is a woman. It's important to keep in mind that each character class has its own way of fighting and benefits. Play Lost Tamia: Dungeon Intruder on PC with LDPlayer 9 to enjoy the game's enhanced visuals on a larger screen. And so, without further ado, let us begin.

Equipment items are divided into five quality types with increasing quality from Common to Legend. Each character class has its own equipment system, and while you farm, you will also get items that can not be used by the class you have chosen. You should sell them right away because there is no item transfer method between your characters. Selling them will give you copper coins and materials for forging Equipment; copper coins can be used to upgrade equipment slots and forge Equipment, and if you need to increase your bag space, you can spend copper or gems to do it.

Legend or Uber Equipment each possesses a powerful Legendary Attribute. Uber Equipment is only dropped by Bosses above Lvl 60. Basically, any gear has basic Attributes arranged as follows: In Lost Tamia: Dungeon Intruder, there are two kinds of money. The first is copper coins. Coins are an important part of the game because they are used to buy things from the shop and improve Equipment. If you use the Auto Sell feature, you will get a lot of Coins, and if you buy a Sell Privilege, you will get even more. When you use 5 Gift Vouchers every day, you get a lot of Coins that reset every day. When you reach Level 32, the Vault inside the Teleporter is unlocked. You can try this three times a day, which gives you a good amount of Coins.

The diamond is the next one. They are the most important resource in the Lost Tamia: Dungeon Intruder, and you can trade them for a lot of other resources. You can get them by selling things like books, pet eggs, unidentified Equipment, unleveled refined pets, and rare pets that you don't need. When you auction them, you have to pay a certain number of coins depending on how long the auction lasts. You can also buy them with real money, but the best way to earn them is by learning how to trade them.

The companion animals in Lost Tamia: Dungeon Intruder are some of the most interesting and fun parts of the game. You can get your first pet when you reach level 35. Pets can be found in the pet eggs on the lost continent, but you have to figure out what's inside them to bring a new friend home. The power of two animal companions can be used at the same time. 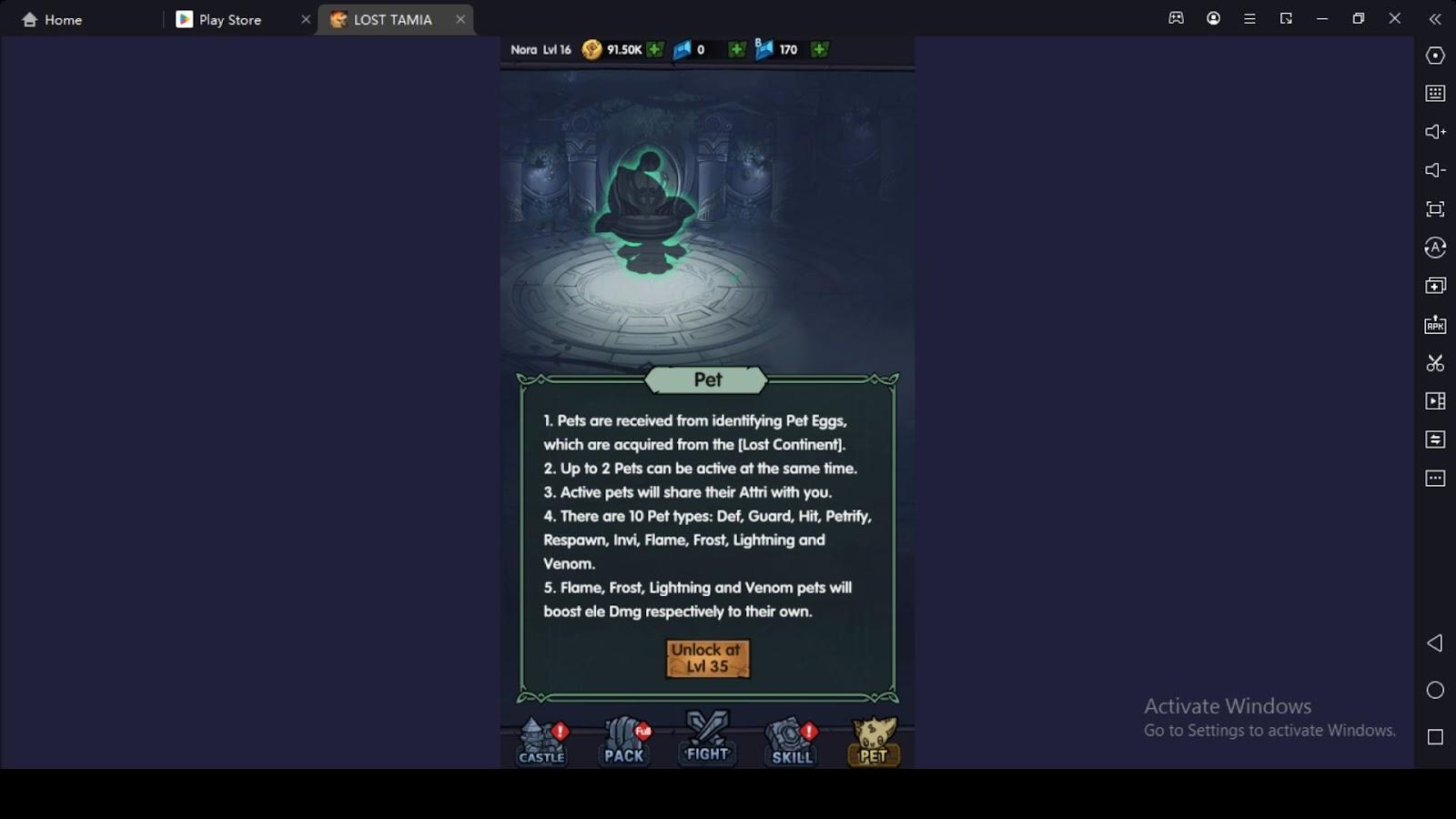 You can use the skills of pets that are awake and moving around. There are also pets that are good at defense, guarding, Hitting, Petrifying, Resow, Invisibility, Flame, Frost, Lightning, and Venom. When you have pets of the same element, your elemental attacks work better.