League of Legends: Wild Rift has just been updated to version 2.2 by Riot Games. The mobile MOBA has seen significant success in recent months, especially with its regional open beta releases. You can expect the game to only rise in popularity as the game has finally been released in the Americas. The new update includes tons of new features such as a new champion,  game modes, and the start of the entirely new ranked season. 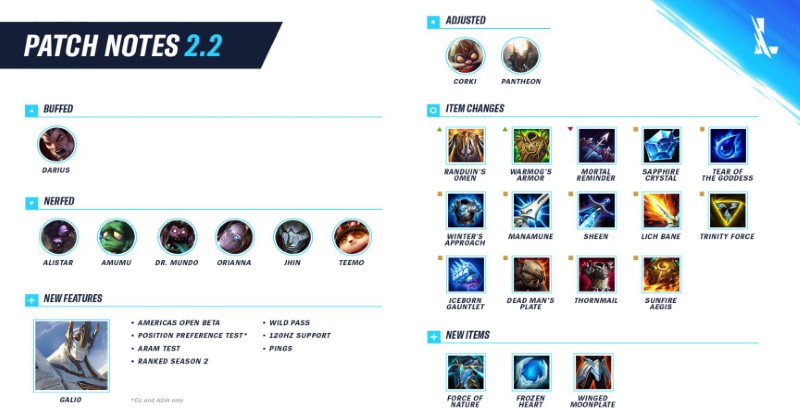 If you want to look at the complete patch notes for the update, you can do so here. However, for a quick overview, the patch is quite iconic as it marks the start of the Americas Open Qualifier for League. Here are some of the features you can expect from the new patch:

Here are the current free-to-play rotations for the update:

Ranked Season 2 will be starting from the 2nd of April, with Position Preference coming out to all regions very soon. The Developers have also promised two new events for the current season. They are the Wild Rift Journey and Position Lab. Both of which are available right now, providing you with tons of rewards and goodies.

You can download and install Wild Rift on LDPlayer for free on PC if you haven’t done it already to play the game on the latest version, 2.2.  After you have downloaded the game on the Emulator, there are a few features LDPlayer has up it is a sleeve that put it in a league of its own and improves your gaming experience drastically.

How to Play Wild Rift on PC:

After you have downloaded and installed Wild Rift on PC, there are particular features that you can take advantage of to take your gaming experience to the next level. The culmination of all of these features is the ultimate way to play Wild Rift on PC. Here’s a video to help you get started: 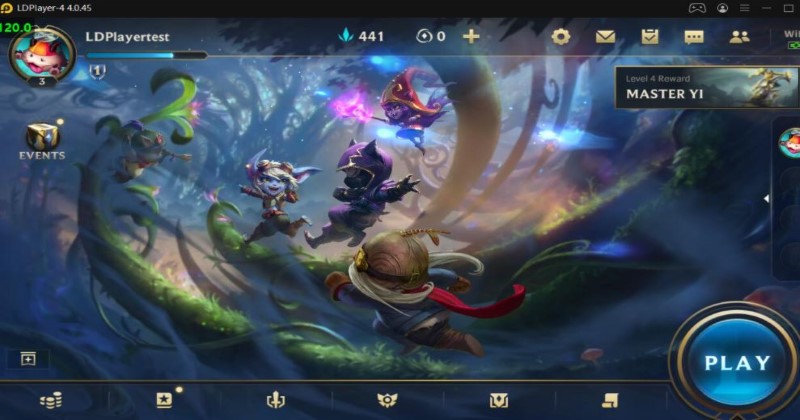 Before you start even playing the game, we recommend that you instantly change your settings to 120 FPS Mode for Wild Rift. Having your game run on high FPS provides you with a real competitive advantage even if your monitor's refresh rate does not support it. As soon as you switch to 120 FPS Mode, you will notice a drastic increase in overall speed, fluidity, and responsiveness which can be of paramount importance, especially as the new ranked season starts. 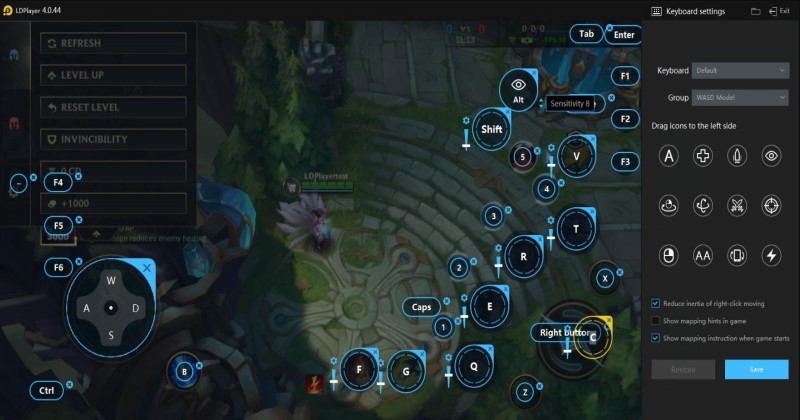 With the game's regional launch, LDPlayer has committed itself to emulate League's PC controls to the mobile version of the game as much as possible. As such, LDPlayer’s keyboard mapping for Wild Rift feature now lets you use different key binds that help completely reproduces LOL’s PC version. Here is the Default presets available in the game:

Do note that you will also be able to set and adjust your own presets if you so, please. However, we recommended using the Default presets as they closely emulate various platforms. 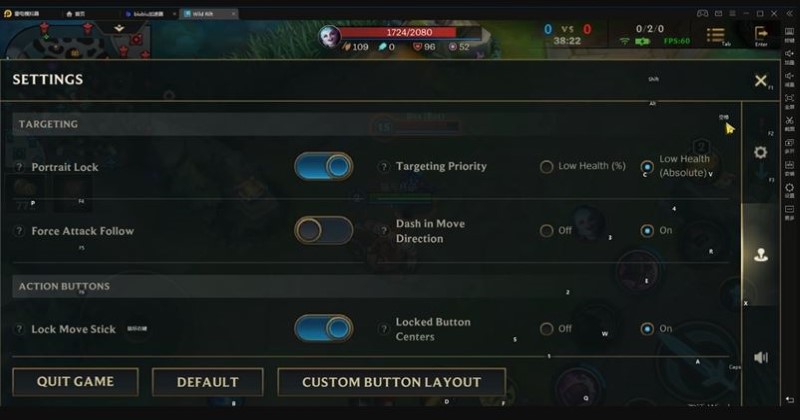 LDPlayer allows you to cancel cast abilities so that you can mock out your skills or bait out enemies. By using the cancel cast key bind, you will not be wasting your ability either.

The Emulator also lets you switch your field of view in Wild Rift by pressing the Ctrl key, locking the mouse in the Emulator's window. You can then use the V key to move your field of view quickly. For a more detailed explanation of how you can use LDPlayer to take advantage of these mechanics, take a look at these Wild Rift tips and tricks! 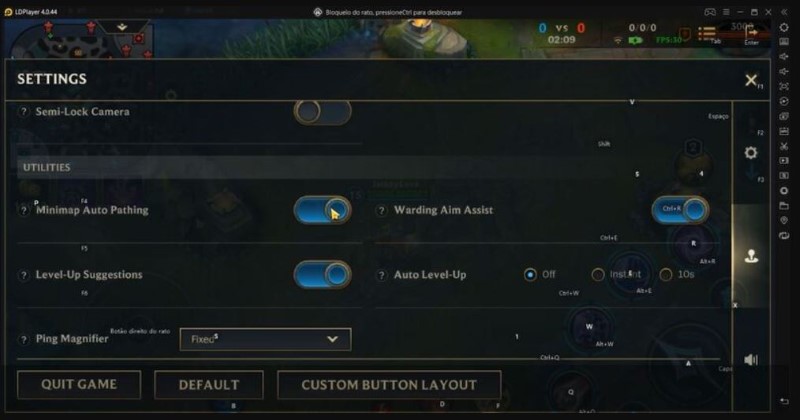 Wild Rift has tons of customization options that let you completely alter the game mechanics. One such mechanic that is extremely useful, especially if you are a Jungler or a Mid Laner, is Mini Map Auto Pathing.

By default, if you click on the Mini Map, your camera pans to that location which is not always useful. By using the particular setting shown above, you can change this option. Now you should click on any region on the map, and your champion should instantly start moving there with automatically finding the quickest route.

With Wild Rift Update 2.2 finally being released, we’re now going to see a lot of involvement from the Americas as the region is now finally supported. Moreover, the game seems to be getting much more polished as time is passing.
We can’t wait to see what the game has in store for us! Stay tuned for more updates. Plus, don’t forget to download and play the game on LDPlayer for the best experience possible!

How to Play League of Legends: Wild Rift at 120 FPS on LDPlayer