Do you remember the game League of Legends: Wild Rift? If so, and if you are a true fan of such games, this is another chance for you by Lightbox Games. They are introducing an epic game with a game title of 3v3 multiplayer, and it is the Knight's Edge. 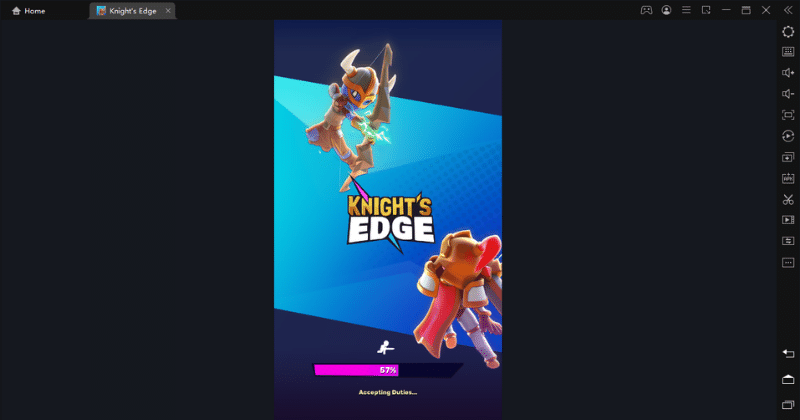 Knights Edge is a game where it allows players to enjoy a multiplayer mid-core dungeon and slash and to crawl to soar out. There are so many fast battles to beat with the boss, and some new concepts come from this game for the players.

So today, let's review this Knight's Edge to see what things are there for the players to enjoy and what would be the things that can make you lose interest in this game.

This one is a perfect game for the players who don't like to engage in super complex game theories. Knight's Edge balances all the mobile sensibilities, and it also grants enough controls for the players to make them involved in the game.

The game's plot is not so deep, and anyone can adapt to it quickly. But that simply didn't harm the awesomeness this game holds, and it kept me coming back for it over and over because of its simple yet entertaining entertainment. 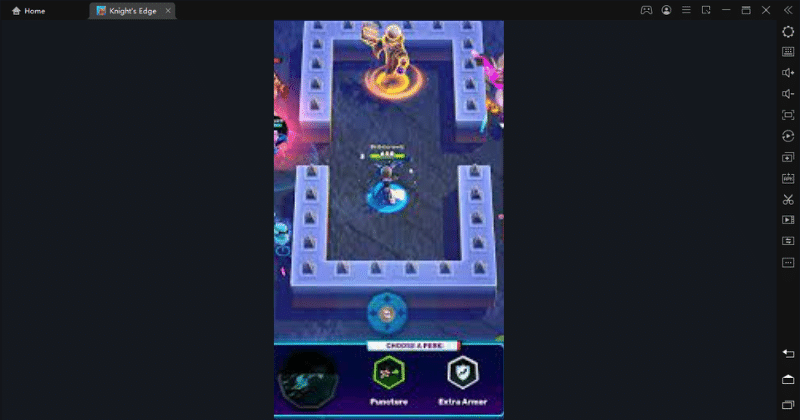 In Knight's Edge, you are being granted a chance to outsmart AI, and you can do it by playing PVE. Or we can choose to challenge wits against those other players within the PVP Mode. Players are required to get into a race for the battle with monsters against the other players. And what is more interesting here is there are 3v3 fast multiplayer battle rounds in the game.

So more than just playing a usual game with usual battles, this one will add some creativity into the gameplay, and Knight's Edge shows many similarities for MOBA games from its game mechanics. You can drag and tap to move and attack, and there are special attacks and the abilities to run the battle.

The game excitingly sees the players, and there is a teaming up with two players in here. So I find it more interesting to tackle the monsters in a bite-sized dungeon.

The passage for the next round is also relatively easy here, and it adds a certain plot twist for the game because you can move into the next dungeon only if you kill all monsters. So the Knight's Edge's game mechanics are more interesting as it asks players to succeed in their way to progress.

What I find as another attractive feature is a twist on this game. You can see parallel dungeons here, and other teams of players perform attacks. So it becomes somewhat competitive here as you need to finish these dungeons before they manage to do so. 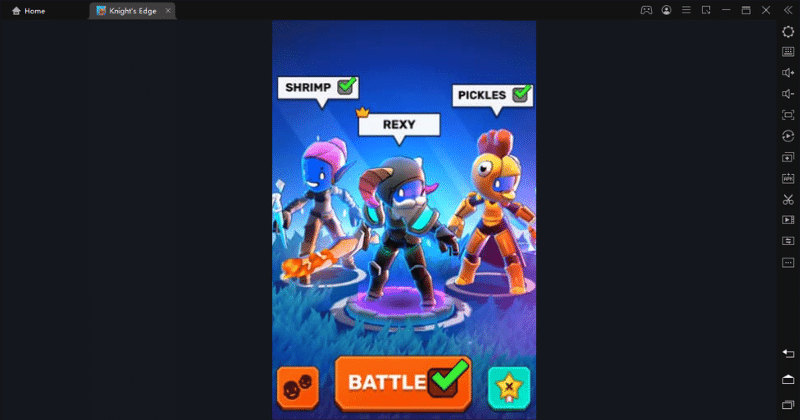 As a player who seeks more competitiveness from the game phases, I find it more interesting, and it kept me doing the game for more as it managed to increase my excitement for the gameplay.

Attacking is not the only thing you can do here. As a player, you can also have some moving across these other players and mess them to the max. It becomes a fun activity as you can trigger others with your messy behaviors.

And once they are messed up, they also provide us with some rewards as we can fight against them and bring some bonuses towards our teams.

There are some ways to equip what we want in this game. Generally, the Knight's Edge didn't fail us as it managed to give some advancement to spice up the gameplay. If I don't fight, I can try to open some chests. Through that, we can equip some new gear and make our warriors into powerful ones than usual.

So other than keeping heroes to the same standard with the same skills, we can upgrade them, which is a good thing here.

We can change the playing style of our characters in Knight's Edge as it gives us the chance to do so. So more than playing in standard gameplay, we can now change the way of our gameplay, and through that, we can enjoy some unique types of gameplays. 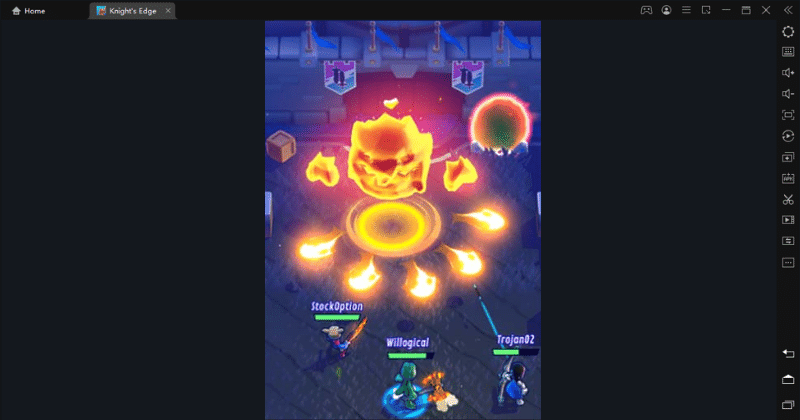 The weapons we are equipping here can change the playing method of our characters.

As a player, I got to earn a bowl, making my character into a ranged damage healer. So it is pretty interesting for me as it upgrades my character, and similarly, if you could earn a blade, you would be a powerful slasher. So the weapons and equipment of Knight's Edge will never stop amazing you throughout the gameplay.

As I said before, this game is a simple game with entertaining features, and for the players who don't like to deal with challenging, longer battles, your issues have been fixed with Knight's Edge.

Matches don't take too much time here, and it only takes a couple of minutes. So you don't get to waste in one level for so long as you can progress quickly through the game.

Players can unlock some new perks through these matches, and these matches are becoming the reasons to make our characters more powerful. So one by one, there is a reason to follow up on each match as they all provide us with benefits. 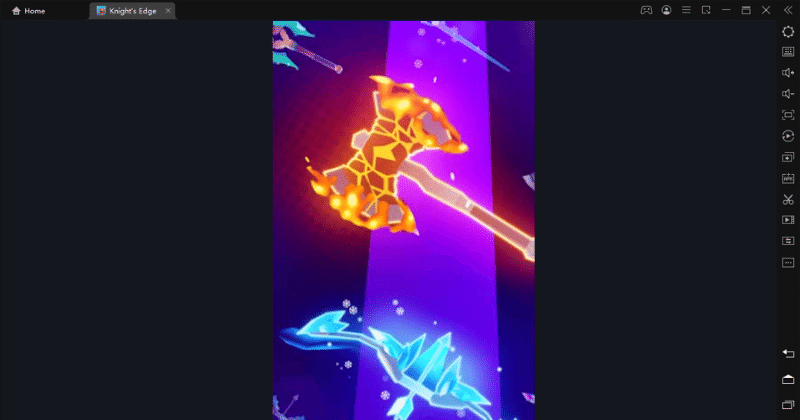 There are challenging tights and scraps seen here, and it keeps entertaining the gameplay more. The game just doesn't only flow; it goes with flows and other obstacles to add more tactics for the matches with its navigation.

So I find the entire match interesting, and I am sure that any player who loves to have quick victories will love this game.

Although the Knight's Edge is a simple game, it asks players to engage with a lot of fun activities. And there is always something waiting on the gameplay to do by players. Players can see and embrace more engaging activities.

So many numerous fun actions are able to take my attention, and like a fast-paced game, Knight's Edge is quite interesting to play. And what makes me more interested in its team-based multiplayer features.

For the players who seek more challenges and strategy playing to conquer things harder, Knight's Edge is not the absolute game for you. The game lacks in-depth, and sometimes it becomes a bit grinding as well.

It does not involve a complex gaming strategy, and it is just simple. Knight's Edge would be a game for taking a little excitement, and that is all. There is nothing more profound with it.

Knight's Edge is a game where you can entertain yourself with a lot of activities and matches. If you are a beginner in the gaming world, this can be a starting point for you as this game doesn't come with too much complexity or challenges.

So overall, Knight's Edge is such a fun game to engage in our leisure times, and it can actually please us with interesting activities throughout the gameplay.