Skullgirls is a game that has been subjected to several changes throughout the years. From its release date 2012, it managed to get into a better tutorial, new characters, and many other fascinating features. 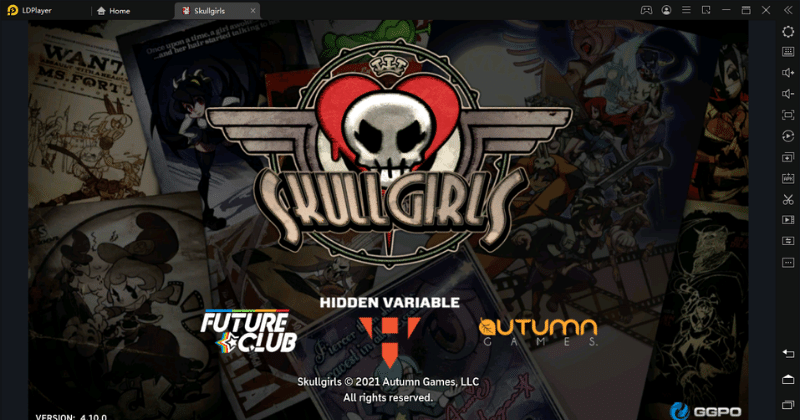 Now, the game reaches for a more dedicated community due to its huge improvements and the developments throughout the gameplay.

Generally, Skullgirls is a game that is very much suitable for beginners. A player who just started with the fighting game category cannot be fluent in it within minutes, and he needs practice. And that practice from a beginner platform can be gained through Skullgirls.

As the best fighting game for beginners, this game will still have some positive and negative features. So let's see what things this can make the game do to stick its players dedicated to it and what made the game worse with what features. Here is a review for Skullgirls. 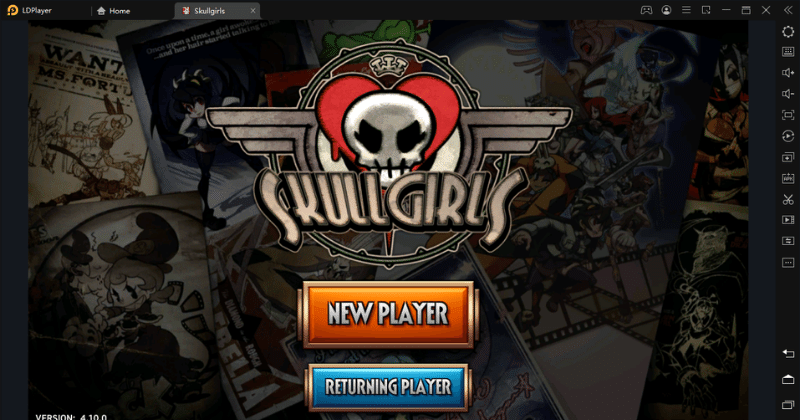 As we mentioned earlier, this game is totally a beginner game for fighting game lovers. So the things involved with this game are also simple, and they are letting all the players get in easily without having to face harder.

Most of the fighting games are generally teaching players how to move, what special attacks they got with their characters, the different systems, and some of the combos. But when it comes to Skullgirls, this mechanic is way more different than others. 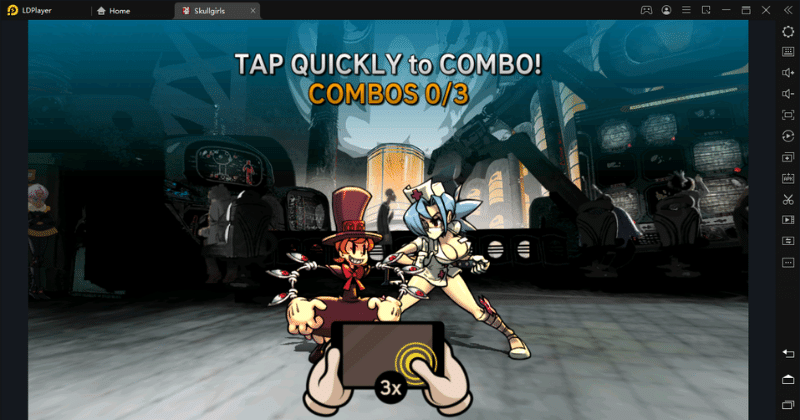 Skullgirls comes with some extensive tutorials, and those are teaching players how they should perform with their special moves and how those special moves will fit onto each character. So every player is taught how to execute uppercuts, which makes Skullgirls into more than a beginner game for players like me.

The game is just not only teaching you how to execute. It is teaching you about the basics of your defense. I find it more interesting that anyone who started this game can take the first step, although they don't know anything about fighting.
So basically, if you are a beginner, you will not see it hard to face the gameplay as the game teaches you how.

Skullgirls game teaches us why we need to block attacks and how we should block all the high attacks on a reaction. So the game has more flexibility towards the players, and it teaches us to play. That is something amazing for the ones who are taking a starting point with this type of intimidating genre game.

Usually, when we are not familiar with a genre from the game, we have to watch a number of videos for hours to learn how to get into it.

But with Skullgirls, it doesn't happen anymore. The game's combo system has allowed me to chain some medium, light, and heavy attacks with some easy steps. So I find it very easy with the fighters, and anyone would be able to manage with them all as these fighters are very friendly for the gameplay. 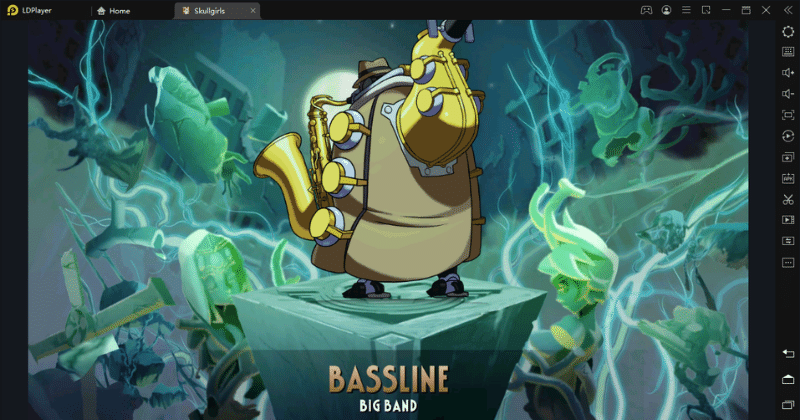 The developers of Skullgirls are absolutely in love with the fighting games. They have shown so much attention towards the game details and made it a game with more expansive features than any fighting game.

The basic net play from the game is very smooth, and it allows us to check the connection of our opponents before the play.

The second thing I find more impressive about Skullgirls is its training mode. It lets all the players check their damage and the range with every move they make. We can practice our combos here with only just a restart button. 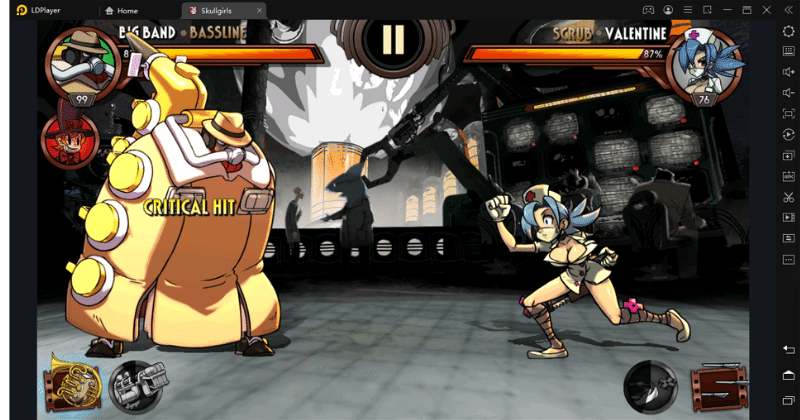 When I played this game, I got to swap my controllers and map with each button I liked. So it is fascinating, and there is a whole tournament-ready mode that has waited for me to map my buttons before I select my character.

The game managed to keep players' interest at its core and made it a fighting game that has been built on a budget.

A small team has made Skullgirls, so there are no hundreds of characters to deal with here. So for a beginner, this would be a great option to learn about each character trait, making them easy to move with the game.

Although there are only a few characters, the developers of this game didn't forget to add tons of creativity to them all.

There are pallet swaps seen here, and those color changes can save money for the creation. That is a unique feature held by Skullgirls, and most of the characters here come with an exciting and stylish approach for a fighting game.

I didn't see such creativity from a beginner fighting game like this until now, so it made Skullgirls into a unique game. 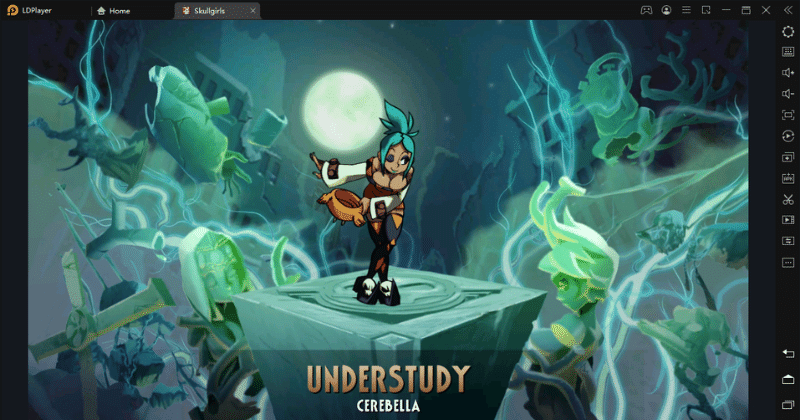 The character Beowulf is here made out with so many interesting move sets and a super hype system, making a great standout for Skullgirls. Every character has a different perspective, and none of them will be similar. This is a great feature that any player seeks in any fighting game, and Skullgirls have fully filled that.

Graphics from the Skullgirls are visually pleasing, and every instance and character are made out magnificently. It can attract and keep the players into the game with its amazing graphical character creations, movements, and smooth animations that increase the players' interest in the game.

The Good in Skullgirls

As a game that is suitable for the beginner, I find Skullgirls is a perfect game with features added more than it expected to have. It comes with a unique gaming mechanism, and anyone can get into the game easily without any barrier.

Animations of the game are also satisfactory, and it comes with a reasonable amount of fighting scenes to please our playing interest. Every character is visually pleasing, and their skills are also doing a fair job for the game.

The Bad in Skullgirls

The online crowd on this game is very higher than it should be. You have to meet people online for this gameplay, and if you don't, when the game comes with powerful combos, you will be destroyed. Although there is an online training mode, it would still not be easy to go with opponents for beginners.

And when it comes to the story mode, it only consists of a few stills and the dialogues in between fights, and it doesn't implant the players' interest. When some of the voices are great, some characters get worse voices than others.

So that is all with the review of this game. And as a final decision, we can say that Skullgirls is overall a good game for beginners in the fighting genre. It will give you a starting path to get into fighting games, and overall it provides you with sound knowledge with its tutorial and so on.

If the game has been fixed with its voices, online crowd, there is nothing bad to be said here. Overall, Skullgirls would be an ideal choice for anyone who is starting to deal with fighting games for sure.