Idle Heroes is an amazing mobile game featured on the platforms of iOS and Android as a multiplayer game, and it invites you to assemble within hero groups. You will continue to improve this team and equip them all with new items, and there are ongoing fights. But think about this. Is Idle Heroes a good game as per the hype? 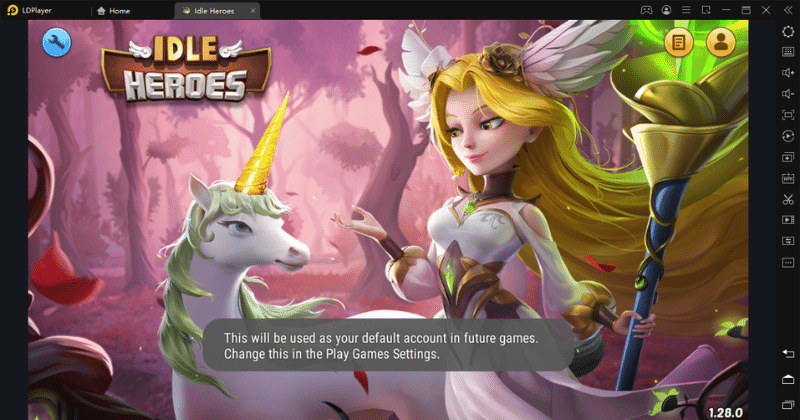 Let's check out. With more than 200 heroes for training, battling and becoming powerful, the game should not disappoint the players.

The worldwide arena, and the guild asking you to join, is the unique thing to make your interest grow, and the game invites you to compete with the best or help allies fight with powerful bosses.

So let's check out the answers to the question: is Idle Heroes a good game? Referring one by one, its components are as follows.

Idle heroes can be identified as an intensive fun mobile game with some role-playing actions. It has a good amount of unique RPG qualities, and it is a pretty generous game along with the premium currencies. 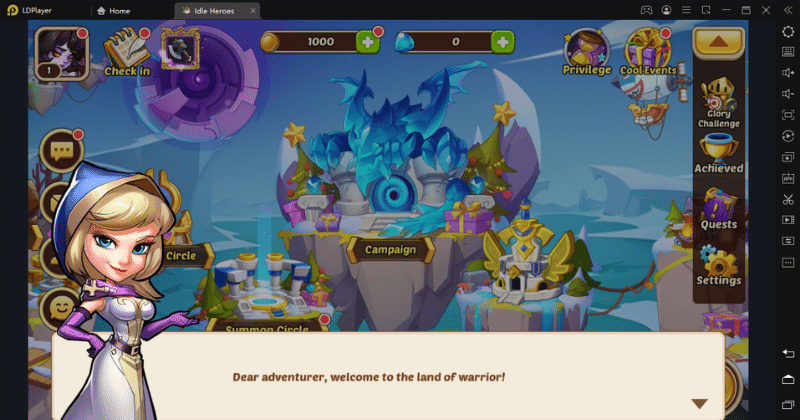 This kind of game requires players to log in to do things from the game and throughout the day unless they have a push for progress. You will not be going to progress unless you have the strongest heroes from the game.

Before starting for review one by one, it is a must to remember that Idle Heroes requires an internet connection to play.

The game is taking some of the elements you see on most idle games, but it has been mixed with some collection of RPG elements on it. It has gears and hero gathering along with multiple rarity levels on it.

Idle Heroes has an accurate feature that shows the features from an idle system with an evolving strategy. So it is adding more fun to the game and its gameplay.

What Type of a Game is this Idle Heroes?

The game is an idle type game with RPG combined elements on it. When finding the answers to the question, is idle heroes a good game?

We need to review its gameplay. When we are talking about Idle Heroes gameplay, it features an amazing and fantastic plot that can attract the players. Moreover, the entire gameplay goes well with how it should be exactly designed to be. 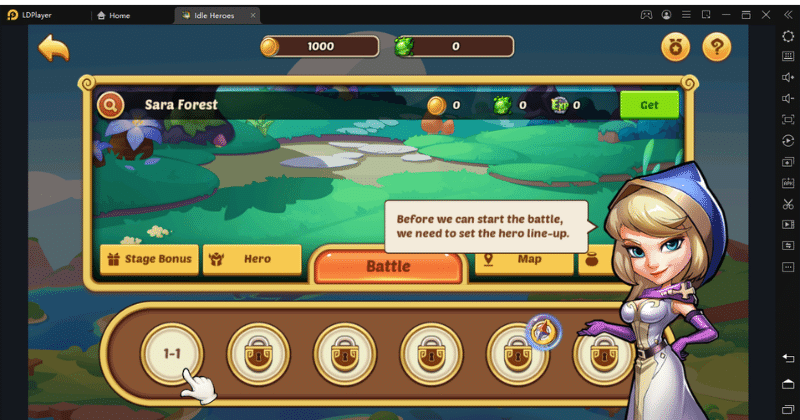 The game is quite easier than most idle type games, so the Idle Heroes will be an excellent game for the starters from this category. Overall, the game is designed to offer so many things for free, and those free offers start from giving you six-star heroes, equipment and diamonds with so many other rewards.

As a free to play game, Idle Heroes offer so much for the players than they might seem to be. Players can join a guild, and it can be identified as the PVP system. Throughout the gameplay, there will be chances to lose your old players and the cash user player.

There is also an auto-battle system with Idle Heroes gameplay, making things so much easier for beginners. There is no need to learn how to sweep your area for good experience and equipment as the game does it for you. So it is an important feature where the game can attract more players for it.

The basic strategic part of the Idle Heroes can make characters keep farming all the time. So you don't have to be worried even if you are offline as your characters continue the farming. The parts like blacksmith, tower system and the casino are also the complete parts this game holds as they have so much to offer.

There are introductory assignments to give on our characters and those result from providing the needed direction for the games unfamiliar with the game's elementary controllers. So, in general, Idle Heroes have intense and fun gameplay to attract more players for its gameplay.

Idle Heroes gameplay consists of a few main features on it as follows.
Evolving Strategy

The gameplay comes with more than 200 heroes to play, and those all have different factions and unique skills. Players can summon their heroes and train to become powerful. Or they can convert them all for spirit material for the evolving.
So the evolving strategy concept this game holds can add more to make the game more interesting.

Worldwide Arena is the next concept that this game holds to add more uniqueness. Here players can put their best heroes for an arena battle and a multiplayer contest to see the glory. Then you can also climb up in the leaderboard to have more rewards. That is pretty interesting.

An idle system that Idle Heroes holds is another great feature to make it a great game where you have to set heroes for the training while you are not at the game.

So whenever you are back, your characters are being so much stronger than they were, and they will also have new abilities. You don't need to spend more time to make them ready for battles since they are ready now.

When giving answers to the question: is Idle Heroes a good game? We need to talk about its graphics. From the graphical aspect, the game is nice, and it gives a fantastic look for the players. The game is adding more and more standards to make it more feel and make the interest more have great gameplay.

The environment on Idle Heroes has been designed too nice. And the characters are also designed smoothly throughout the game. They can move very smoothly, and they have a great appearance.

The textures will not be blurred on the gameplay, and there are also some nice models. The blood you see here is very realistic, and it stays and splatters there on the gameplay for the rest of the game.

Is Idle Heroes a good game from its graphical aspect? Yes, it is. But still, we have to mention a few odds as well. Sometimes the game shows a few glitches and has some clipping problems. But this issue no longer lasts, and they are overall nice.

Sounds with Idle Heroes are really at a good level, and every sound on it can add a fee and fun to the gameplay. It also makes some scary sounds whenever a character gets defeated or is about to be defeated, and it adds more excitement. Idle Heroes hold some realistic sound, and those effects are great overall.

Every sound has been designed perfectly from the player's sides and enemies' sides. Typically, the sound effects the Idle Heroes carries can add a great feeling to the game and is Idle Heroes a good game with its sounds? Yes, it is.

Can I Play Idle Heroes on PC?

Yes. Now all the players can play this game to earn the best gaming experience, and they just only need the emulator LDPlayer. It only asks you to have an installation on your PC, and then by going into the LD Store, you will be able to download and play the game on your PC. 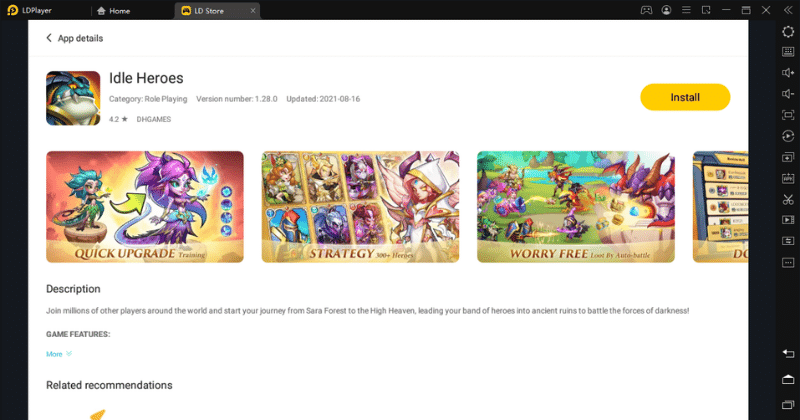 There is no need to stick in a tiny screen and increase the excitement with more advanced gaming features with the support from a mouse and a keyboard.

For the final thoughts, is Idle Heroes a good game? We can say yes to that question fairly as it has more features added with it to add more interest. It has several positive qualities with many aspects, and we can consider Idle Heroes as a good game for sure.