It is never easy to choose a great hero for greater performance in any game. The same condition is there for the Idle Heroes, and deciding who will help you from early to late can’t be identified easily. And that is why players have to come up with a better view from the Idle Heroes tier list. 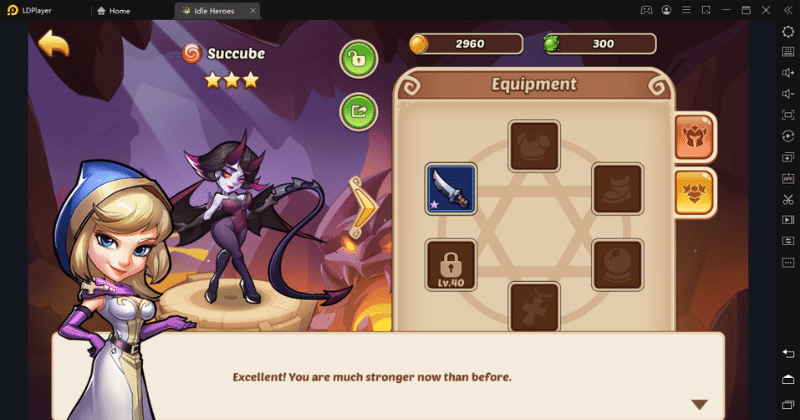 So today, we have created a guide that gives you an overview of the entire Idle Heroes tier list and will find out who will have the best potential as the best hero for your gameplay.

This list will guide you to decide if a hero is suitable for using continuously or not so that you are not asked to throw all of the resources you have for a non-useful hero within the late game.

Some of these heroes are considering bets from their aspect for the PVP and PVE contents. If a player manages to get such a hero for their hand, we strongly recommend using them as eight as possible with the right team. So let's start.

This Idle Hero tier list discusses top-tier heroes with more outstanding performance for PVP and PVE modes. As a player, it is a must to have top tier damaging supporters and damage dealers to have the best beating at the PVE endgame and fight against the players in a high-level PVP league. 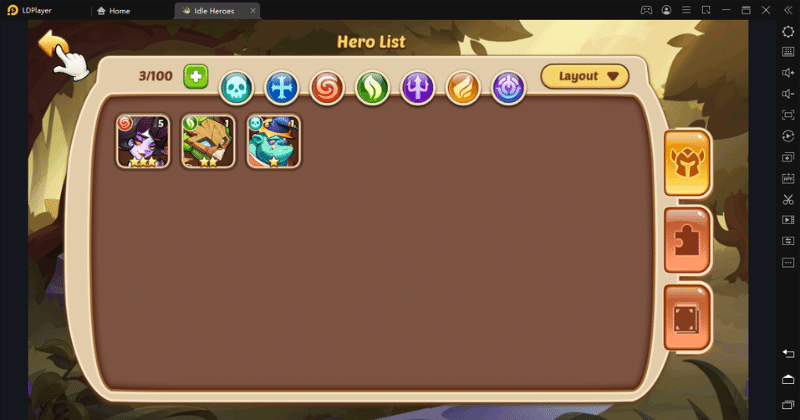 Not all the 4-star heroes or 5-star heroes will be good for your gameplay. So it is wasted to spend your resources on them for developing only to fail at the end. All the heroes in this Idle Heroes tier list hold into five categories.

So let's look at the top tier heroes who will be great for the entire gameplay under each category.

When we talk about the gameplay of Idle Heroes, it is a must to have heroes with you who can deal with a required amount of damage. The primary goal for an attacker is to dish out the severe damage they can and apply it over time with debuffs. 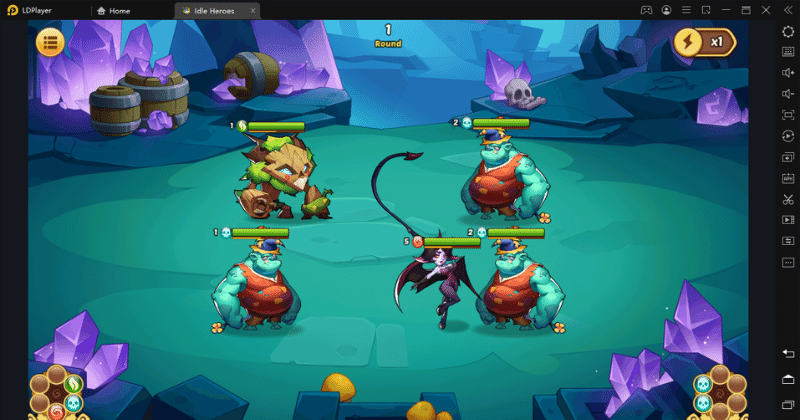 Attackers may have some lower stats for defence, but there are still plenty of good attackers with the Idle Heroes tier list.

So here they are who will be significantly fit for the PVP and PVE contents.

Scarlet Queen Halora can be identified as a hero from the transcendence faction, and there are only two of them from the entire Idle Heroes tier list.

And one is Halora for PVP. Scarlet Queen is a specialized range for dishing the most significant damage for enemies and bringing down enemies damage. She can also boost her teammates.

The active skill of Scarlet Queen called Crimson Abyss is dealing with damage for all the opponents and applying a bleed on them.

And also, this skill applies an Abyssal Corruption for the affected enemies and transforms them to deal with 10% less crit damage. And also, it makes them have a 15% increased crit damage.

The passive skill, Ultimate Queen Ship of Scarlet Queen Halora, can self heal, and it will heal 4% from her maximum HP per an ally who has survived that round. When this hero is attacked by a primary or enemy skill, all the guards she holds retaliate and damage the attacker severely.

The combination of passive and other skills that this Scarlet Queen Halora holds increases the entire damage output for your team and makes her a great attacker who can heal herself.

Delacium belongs to the abyss function, and he is a mage with some fantastic stats and the highest damaging skills to perform well on PVE.

He holds a passive skill called Durative Weakness, and it can deal damage for three randomly targeted enemies at one time. So basically, Delacium is a great hero who has abilities to take down so many enemies whenever you want.

The energy skill that Delacium holds is an AOE attack, and it can damage four opponents at one time by using the highest power. This skill extends DOTs with the 70% chance, reducing the attribute and controlling the effects that are currently on the targets. And it will be for two rounds.

The passive skills that Delacium holds can replicate three DOTS randomly, or it can attribute reduce the effects from one or two random enemies at the end of around.

And also, this skill is capable of increasing the damage-dealing on Delacium's remaining skills. Using Belacium is more helpful than using several heroes to do things simultaneously.

Next, we will talk about the best tankers from the Idle Heroes tier list. Tanks are not having a heavy role in the Idle Heroes, but they are still exceptional for a team. Typically, tank heroes absorb the damage from their teammates, and they will also boost the defence. 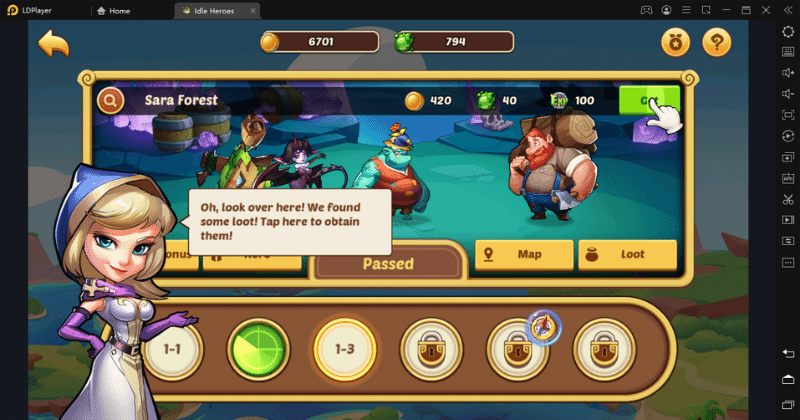 It is not so good to bring so many tankers for your teams, but it would be perfect if one or two of them were for a team. So here are the best tankers we can see from the Idle Heroes tier list.

Garuda is a powerful and well-rounded tank that you can use for your PVE contents, and as a warrior, she is dealing with considerable damage for her team. The kit that Garuda holds revolves around a feather blade, and it is a layer that can be generated when she is on the field with allies.

When Garuda uses an active skill, all the players from her feather blade will be absorbed, and each of them can deal additional damage to the randomly targeted enemies.

Feather blade layers are going to be generated when an ally dies by an unbeatable force. The defensive stats that Garuda holds are very high, and they can be more boosted with her passive skill.

Sigmund is a great warrior, and he got so many powerful defensive stats with him as a tanker. And also, Sigmund is a hero who can deal the greatest damage to his enemies. The passive skill this hero holds can counterattack any opponent who has less armour than Sigmund.

Since this hero has some armour with him, he is very talented at counterattacking many enemies.

Whenever Sigmund is tanked more, he will deal more damage to the game thanks to his counterattack. He got considerable damage along with his skills and can reduce armour from his enemies by blocking those affected enemies by an amount of 30%.

The Idle Heroes tier list consists of many supporting heroes, and they are very strong. So it will be great to add several of them to the teams. The types of supporting the deal by these heroes vary since some will buff, heal or apply crowd control.

So these are the examples for best supporters with the Idle Heroes tier list who will deal great for PVP and PVE.

Heart Watcher is the best hero for the game, with incredible skills to increase the damage output for her team. This is an assassin, and she is significantly specialized for applying debuffs and damaging the enemies.

This hero is very powerful, and it is very important to add her to your team since Heart Watcher will be a great supporter of the late game PVE content.

The watcher mark this hero applies increases the damage on enemies, and it will stack for 300% to make the entire team perform great with damage to their targets.

Amen is another best supporter from this list, and she got the best supportive skills for the PVP content. Amen Ra is a priest who can combine healing with crowd control. She will increase the entire damage output for a team and perform extra damage to random enemies whenever an ally releases a skill.

With the support of Amen Ra's passive skill, she will also inflict a healing curse from her basic attacks so that the enemies will receive damage instead of their next healing effect.

To have an easy reroll for these heroes with the Idle Heroes tier list, you can use the Multi-Instance Sync feature, which appears from LDPlayer. It will allow you to perform multiple rerolls as it can create several instances of the game, and that way, you will perform an easy yet quick summoning for your favourite hero. 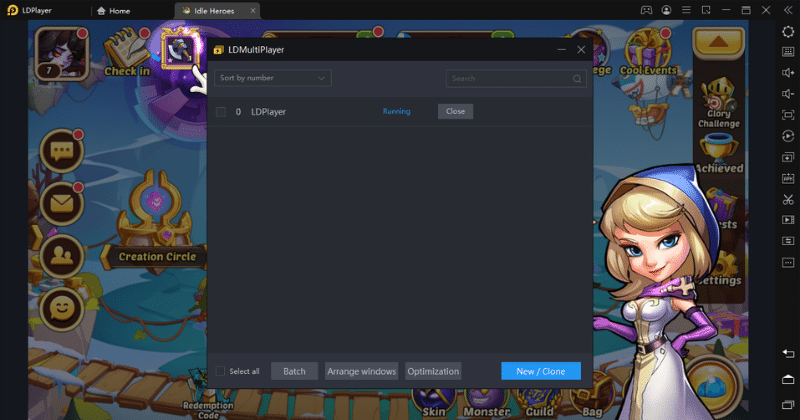 And this concludes the Idle Heroes tier list, and make sure to utilize our best hero for a great gaming experience. That is how players can increase their progression and become better throughout the gameplay. Make sure to go for a top tier and witness the victory with Idle Heroes.