How to Farm Experience in Ragnarok M: Eternal Love

Progression is the main part of any MMORPG game, including Ragnarok, and that's why it's important to understand how you can progress fast as a new or returning player. 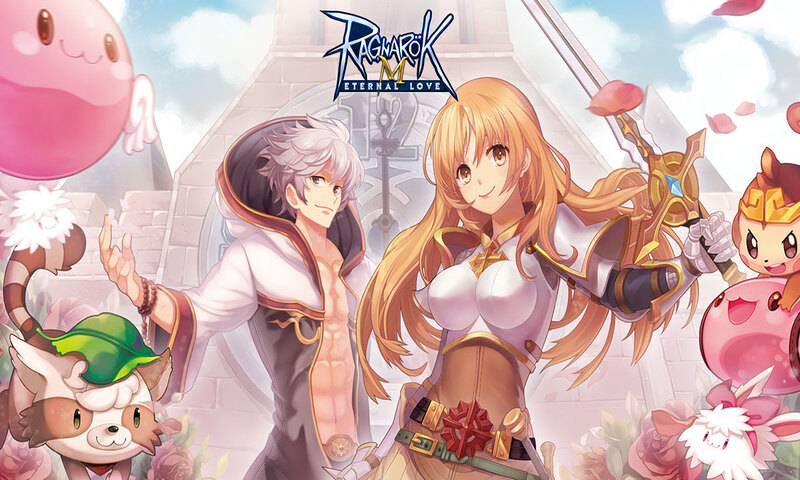 If you have played MMORPG games before then, you must know all of this but let's just take another look at tips and tricks of how you can catch up to higher-level players without spending money at all.

So, without further ado, let's get started.

The character in Ragnarok M has two types of levels; Base Level and Job Level. Each level increases by earning experience from completing several different tasks. However, the attribute points increase your base level, whereas you will need skill points to increase your job level.

Now, that's out of the way, let's focus on the tips and tricks.

Almost every MMORPG game revolves around the progression system, and so does Ragnarok M. Either you are a new player or an old player, you will have to make progress to stay up to date and catch up to other players.

But the hard part is knowing how to make faster progress as we are talking about Korean Games. It's mostly doing quests, daily missions, and grinding mobs. But which places are best for grinding monsters or to find tools to defeat the mobs.

First in the list is missions. You will get a lot of experience upon completing them. However, completing missions depend on your selection of character class.

For example, you have picked a mage class, which relies on spells to do damage. With mage class, it will be much harder to get experience from mobs or monsters, so you will have to rely on completing missions.

That is why most of the players choose a class that is best for farming and faster progression. Also, some of the missions in the game give you more experience as compared to other missions.

But it doesn't mean that you should skip the missions with lesser experience. Keep in mind that every mission is important in strengthening and faster progression of your account in the long run.

You don't only get tremendous experience upon completing them; you also get to unlock multiple other features, including Mission Board, daily tasks, assignments, etc.

Most of the players stay in Prontera South Gate until they reach level 10. What they do there is complete every single mission and visit Poya to complete all of her tasks, which eventually leads them to job change when they reach level ten.

Now we will recommend you stay in Prontera to get the benefits at the early stages of the games. Also, it's essential to know that the quests with a green and brown exclamation mark represent two types of missions.

The first one is optional and unlocks new stuff, and that would be marked with a green mark and the second one is the story missions with a brown mark. As we have mentioned earlier that story missions give you experience, but it also leads you to new adventure areas in the game.

New adventure areas mean more places to grind to get extra experience. So, the first step towards faster progression is to focus on story missions. Also, don't forget to do extra missions while grinding, as it will help you a lot.

Mission Board is something you cannot ignore or leave as it also plays an important role in the progression of your account and character. As we are talking about the experience, the mission board is a perfect example of it.

However, to access the Mission Board, you must be level 15 and have advanced far enough in West Prontera. In the mission board, you will find different quests and tasks daily. 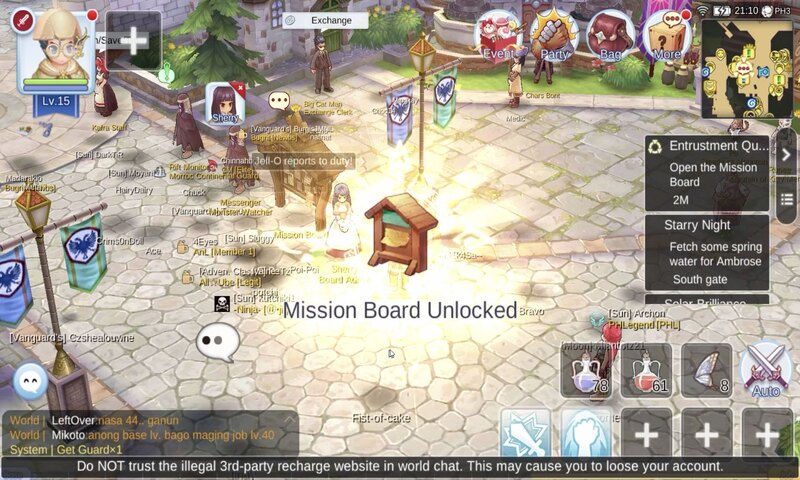 The tasks and quests range from defeating mobs/monsters to gathering a specific number of items. The tasks and quests refresh daily at server reset time so, keep an eye on that too. All these quests and tasks are your source of getting extra experience and tons of other stuff.

Rift missions will also unlock once you unlock the mission board, but in the rift mission, you can only participate with other adventurers.

The rift fixing missions include several hard level enemies that spawn from a rift portal. You will either have to defeat all of those enemies or survive from them for a specific time. The surviving varies according to the difficulty level of the rift.

The rift fixing missions give you huge experience and a chance to win rift accessory, which you can only win through completing rift. However, you can only participate in or complete five rifts daily.

Those rift fixing missions are not easy; in fact, they are the beginning of how difficult missions will be when you level up.

Monster grinding is one of the top-level experience gaining points. Monsters grinding is easy for a farming class, and it provides tons of experience in the long run.

Find a good place and start defeating and killing monsters/mobs until you feel you have gained enough levels for one. You can always come back to grind monsters. 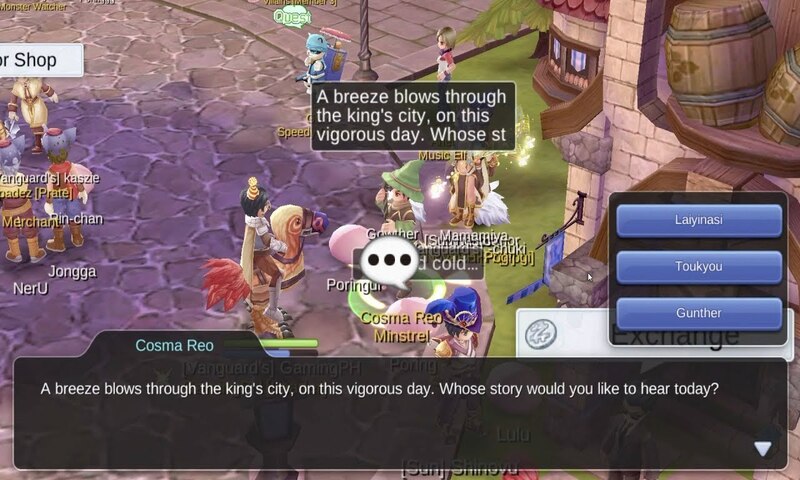 However, to start grinding monsters, you will need stamina. Stamina will keep your character fresh if your character is tired; it will not gain enough experience or any experience at all. So, only grind when you have enough stamina for a couple of hours.

The maximum stamina you can have is 900 minutes, you cannot hold any more than that, and you gain 300 minutes of stamina every day. So, grind according to your limit.

Grinding, Rift fixing missions, story missions are just the start of the game. The more experience you gain at an early level, the more it will help you late game. The late game is where the difficulty level will become much higher, and you will only be able to get through it if your character has enough experience or combat power.

The best way to farm experience in Ragnarok M Eternal Love is mentioned above, follow the guide to farm more and more experience in a short amount of time at early levels. Also, do not forget to do sidequests as they are also important regarding experience and other stuff.