Another Open World Action Role-Playing Game is on the way to the global gaming world known as the Honor of Kings, and most of the players are hoping that this will be the most excellent MOBA game for 2022 that supports cross-platform. Since it is planned to release as a global version, many players are already excited and counting their fingers to play it soon. But, before that, everyone should have an Honor of Kings beginner guide to understand the gameplay and its fundamental attributes. 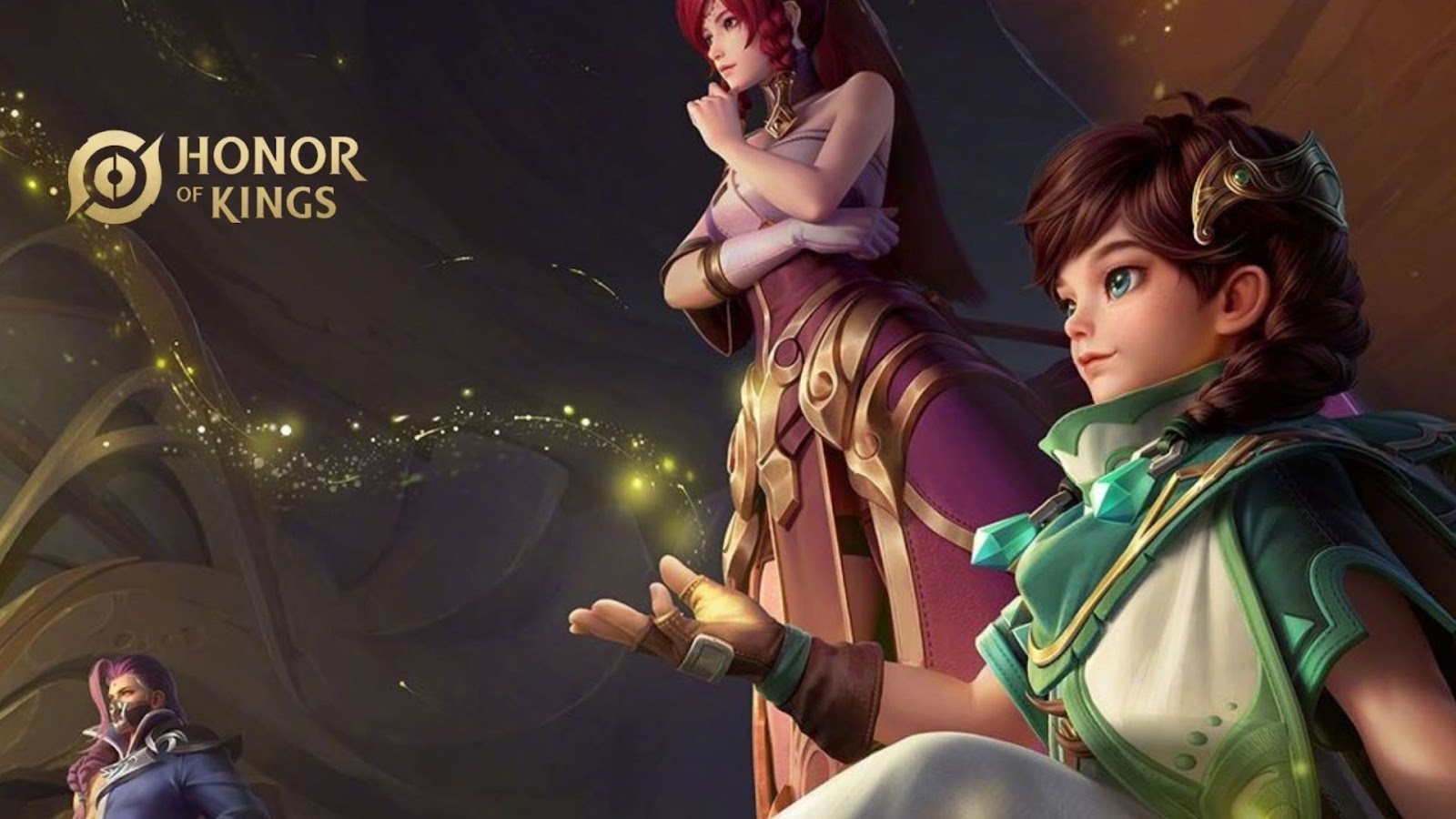 The Honor of Kings Beginner Guide for Gameplay

The gameplay mainly focuses on controlling your character, using the skills to eliminate other enemies as well as NPCs (Non-Playable Characters) with enemy attack towers.

Players can earn more gold and experience points when they kill more enemies with their characters. And also, the more you gain experience points, the more you open new skill slots for the character you use for the battles. The players can use the earned gold to purchase new skins, heroes, hero skills, equipment and gear sets from the in-game shop. 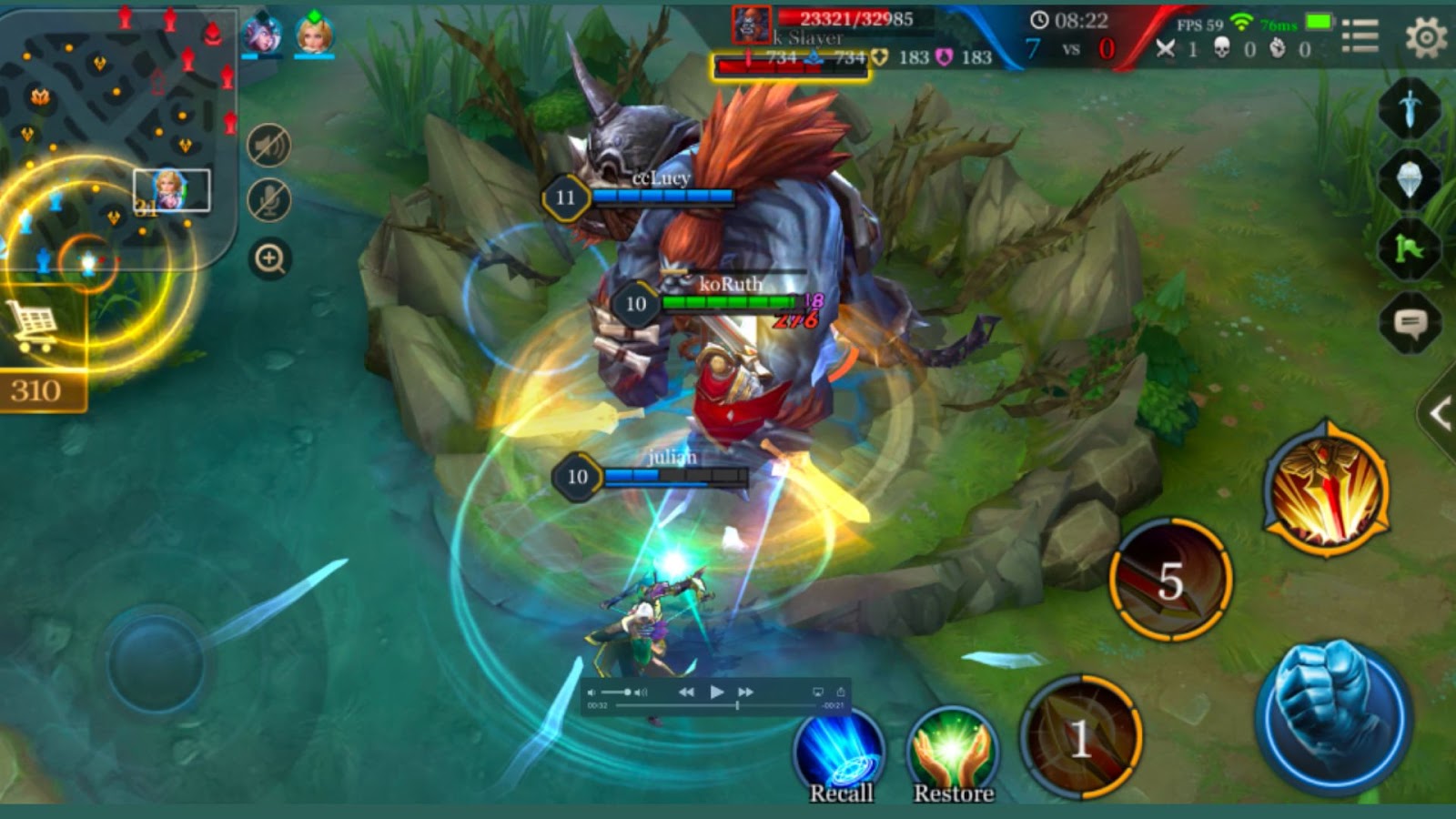 The Honor of Kings Beginner Guide for Heroes

Heroes are the fundamentals in this game because the more powerful heroes you have, the more wins you gain with faster progression. Therefore when you go into the battles, it’s better to know about each hero to ensure that you choose the best hero suits for your play style, and that is why we included hero classes in our Honor of Kings beginner guide.

The game has introduced six types of hero classes;

Each of the classes is specialized in certain aspects to perform, and we will now analyze their strengths, abilities, and what they are specialized for.

Tank class characters specialized in powerful offensive and defensive abilities, which can be dealt with in close-range and long-range combat. 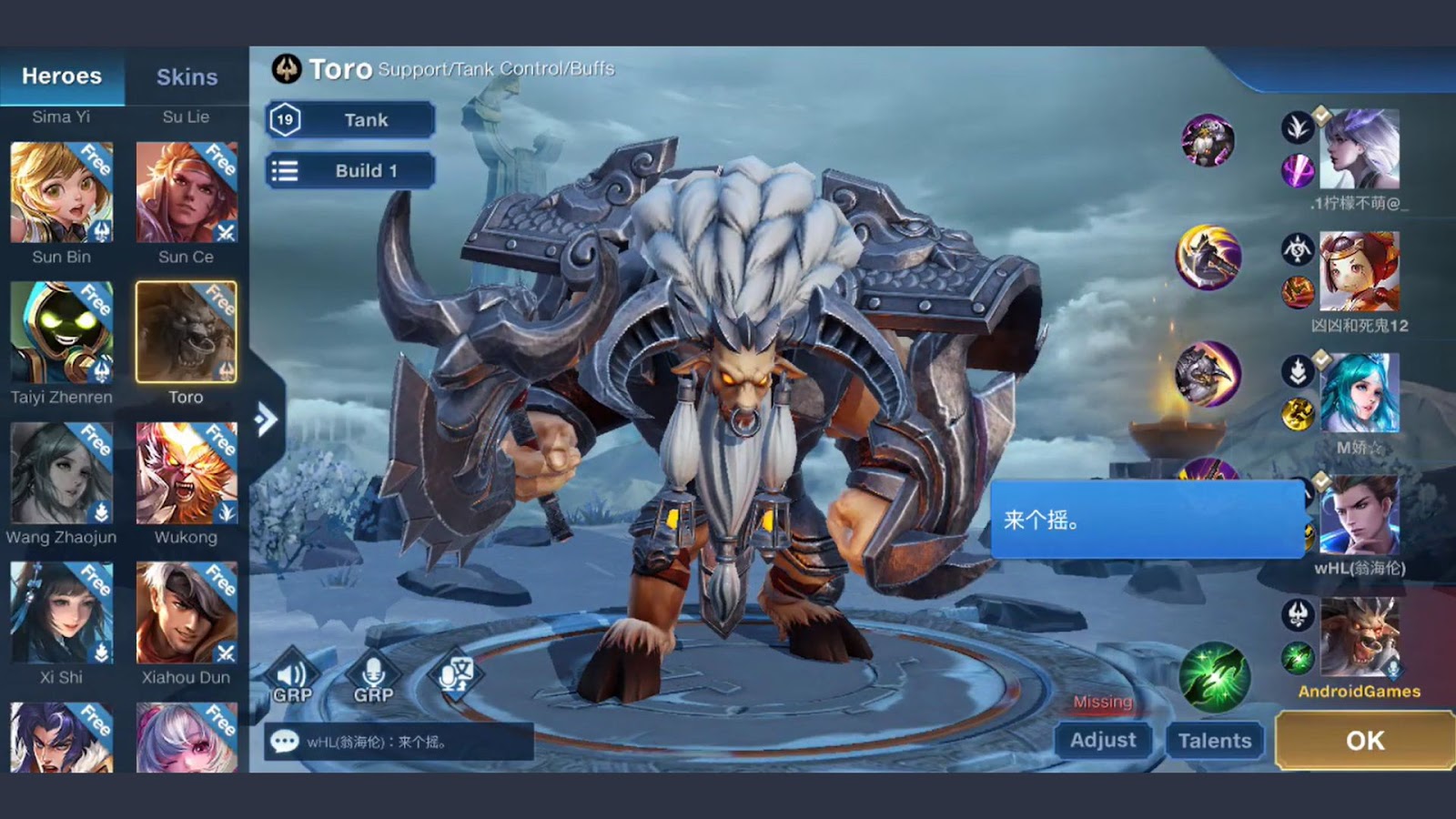 Fighters or warriors excel in causing attacks with full power in close combat and have higher defense skills.

This class can deal the most significant physical damage to enemies regardless of their range (close or long). But, players need to be more cautious when taking part in close combat using the Assassin class because they are not good at defending themselves. 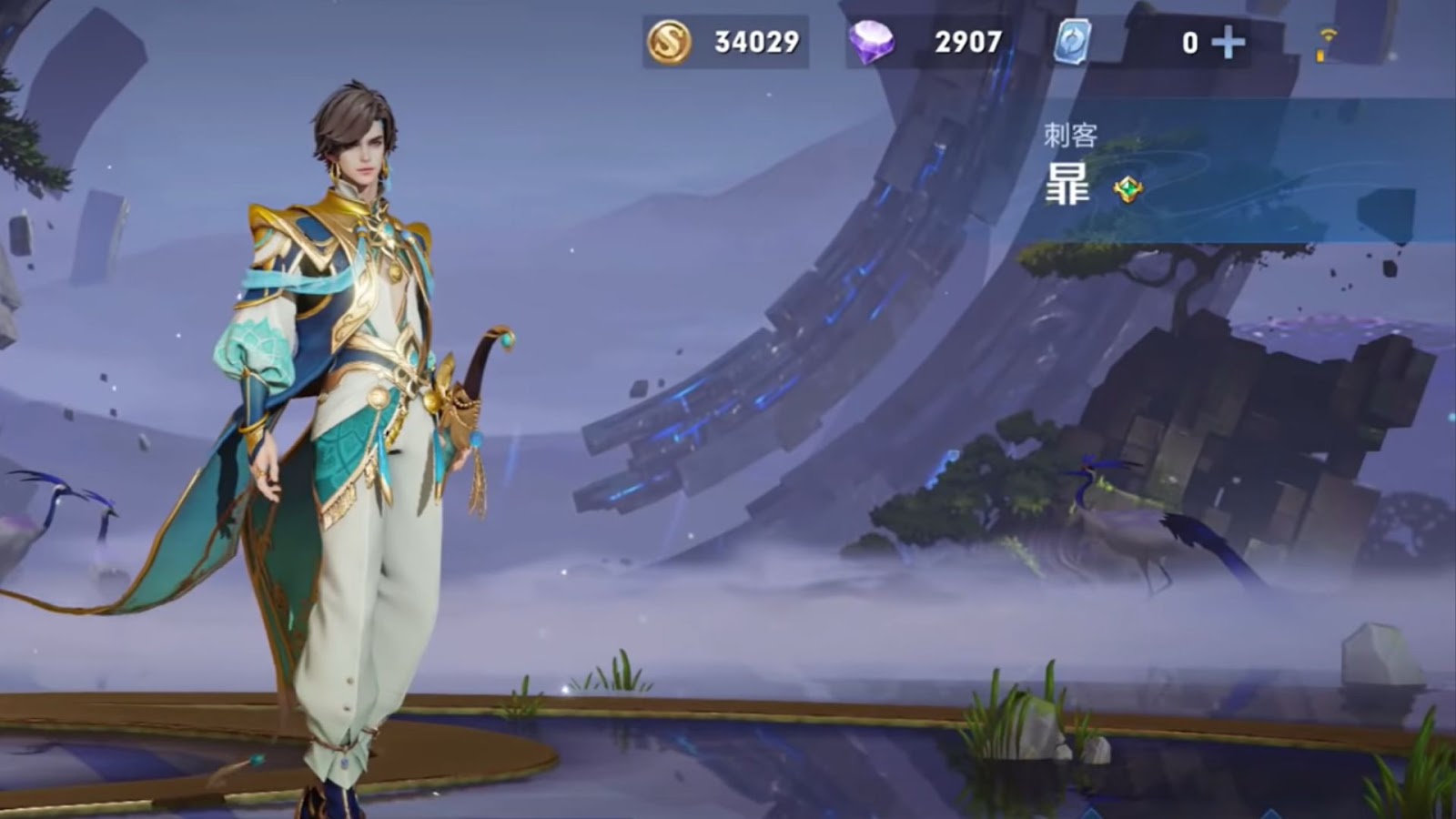 Mages are popular among the players because of their magical abilities to cause damage over long ranged enemies using their magic spells. But sorry to say, dear players, they are inferior in defending skills.

Marksman, also known as Archer class, is the best of all the types you can trust to deal with enemies in a very long range with a mass force. Like the Mage class, Marksman is also poor in defensive skills. 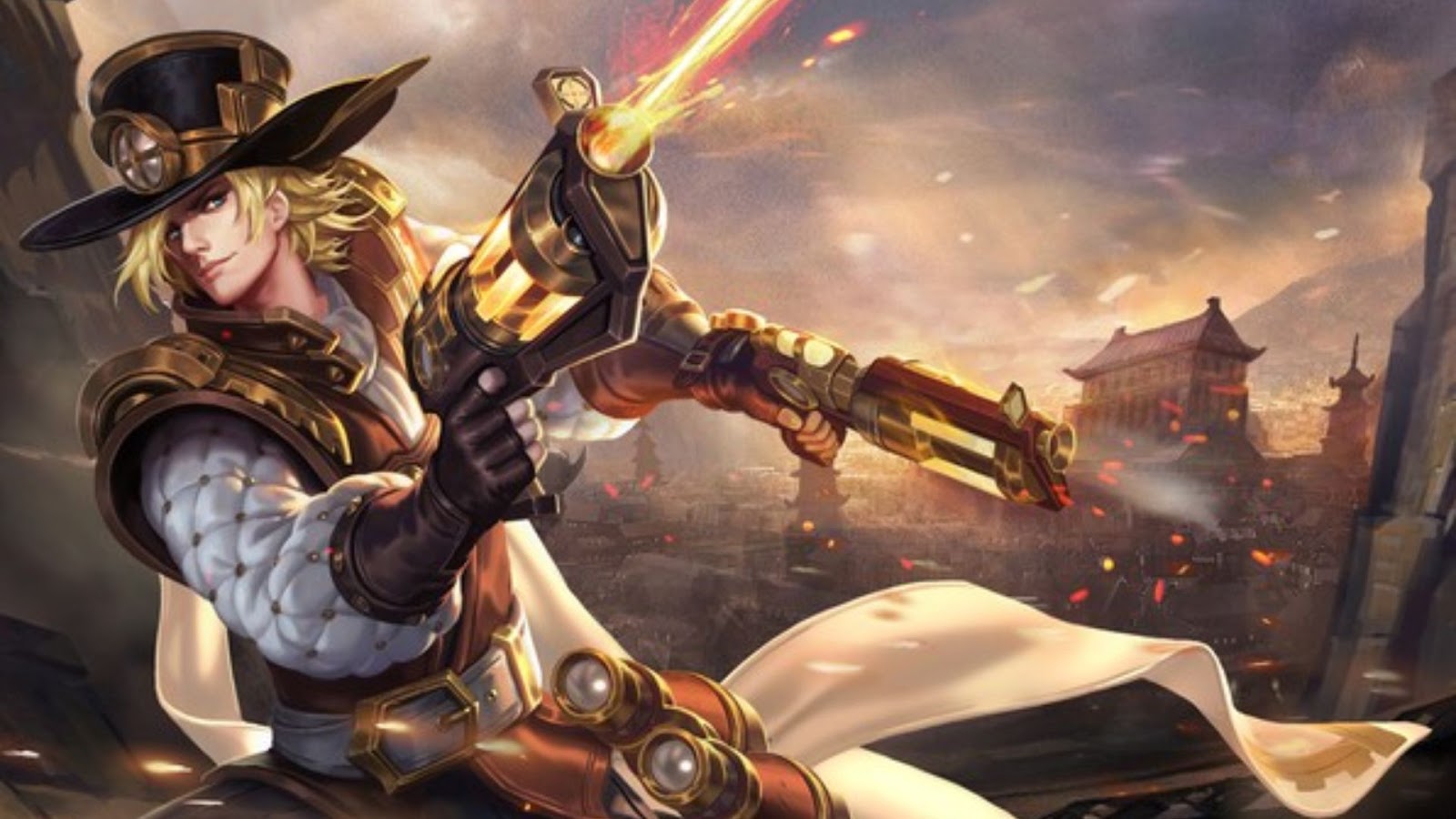 The support class exceptionally desires to act precisely as its name says because they are the heroes behind the screen. The reason is that they have higher defensive abilities than attack power, and they use their defensive skills to protect the other allies in the team from enemy attacks. 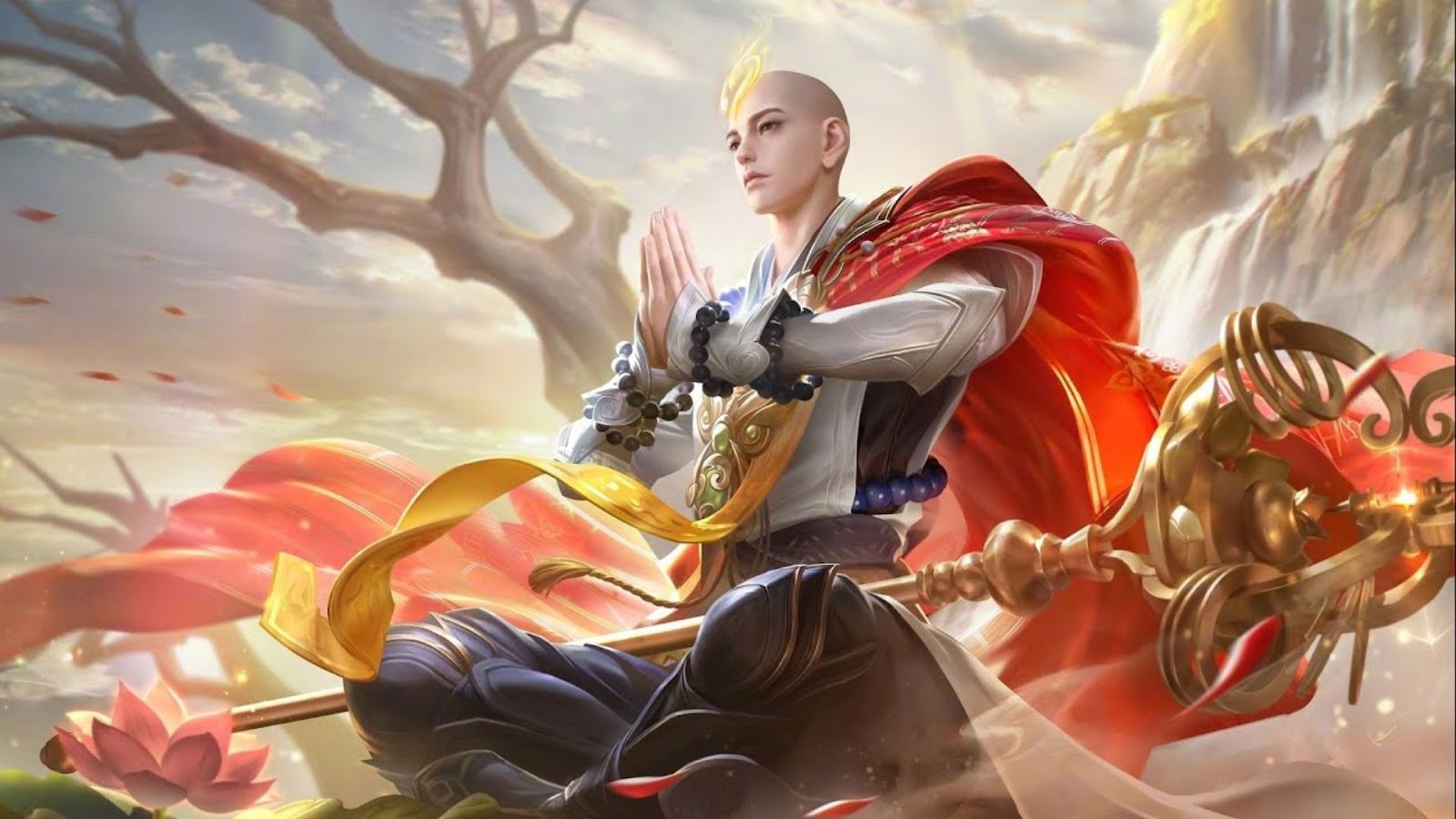 Since you now have a piece more excellent knowledge about each hero class, the decision is in your hands to choose what will be the best-suited class for your playstyle.

The Honor of Kings Beginner Guide for Combat System

Before entering the battles, the players should know better about the matches. We thought to do a favor to learn more about the combat system by including our Honor of Kings beginner guide.

The 5v5 battles in this game are flashy and eye-catching because of the beautiful movements and colorful and bright skill activations. Before players join a fight, they can select the character they want to take to the battle and modify them by equipping different gear sets and skills while choosing the armor.

After the players are done with all the preparations, they can enter the battles. There is a manual combat system in this game, meaning the players have to move the character in several directions while fighting using skills that the players have been equipped with.

Each skill of the character has a cooldown that doesn’t let the players activate the skills right after they have used the skills, and all you need to do to gain victory here is, go and find all the enemies and kill each one using the skills to ensure that there is no enemy left.

Another exciting thing about the combat here is that players can not only move characters in different directions, but they can also use their skills to aim at different enemies in different directions. Don’t you think that is so impressive? If the player needs to use a particular skill to eliminate a specific enemy, you can aim that skill at that enemy and attack him.

When you wander on the battlefield while slicing the heads of the enemies, you will encounter enemy towers that attack you after entering their towers’ attack range. But be careful when you meet an enemy attack tower because they deal more damage than the enemies can deal. 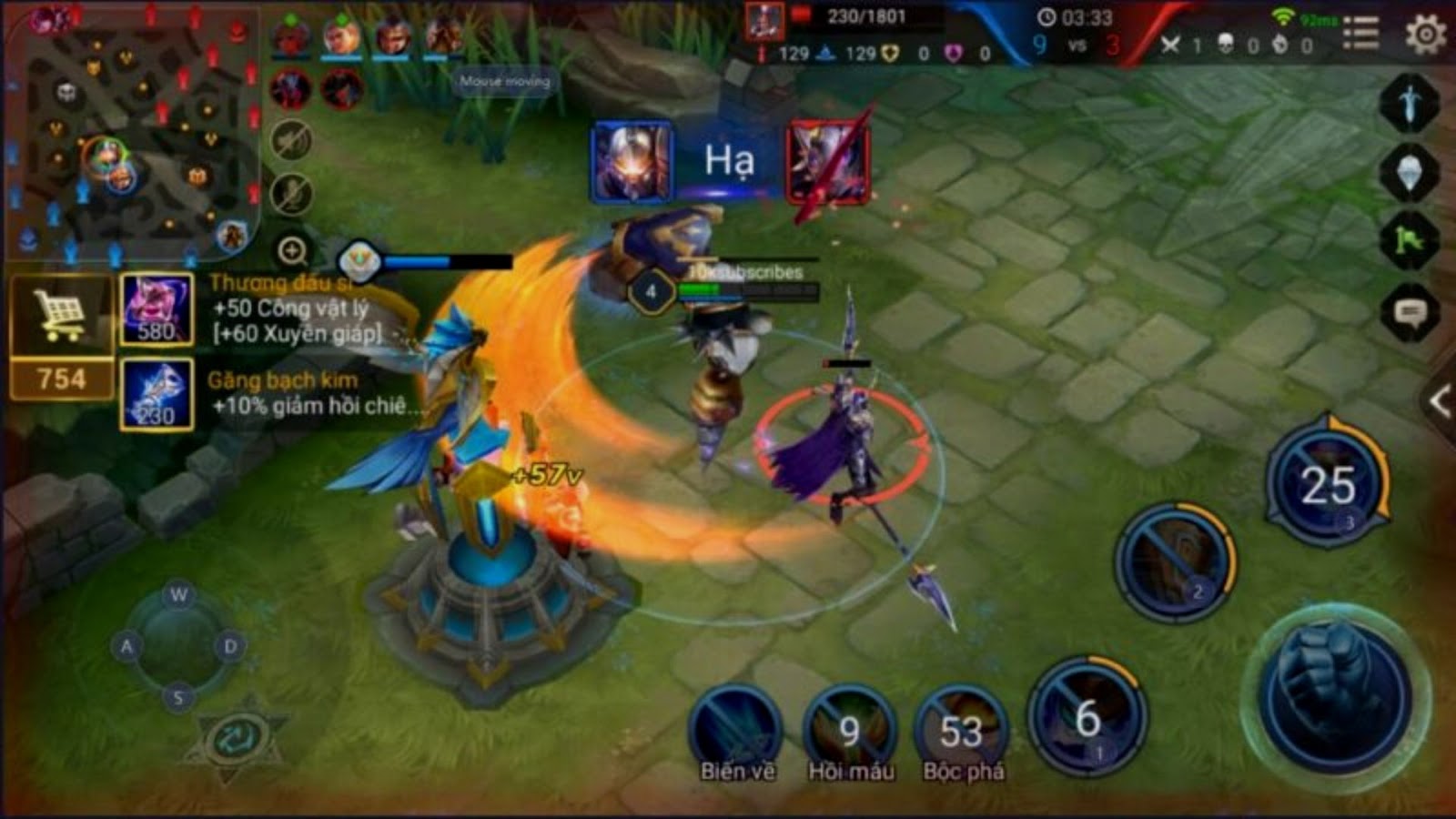 Since the battles might become more complex than the usual battles, it is a relief if the players have something that will ease the actions, and that’s why we recommend you to play this mobile game on PC with the best android emulator LDPlayer 9. Because when you play the game with LDPlayer 9, it will provide a set of tools and features that will be very helpful to ease the battles here.

The Keyboard Mapping feature in LDPlayer 9 allows the players to set different key shortcuts to perform specific actions. For example, if the players need to activate a particular skill, they can assign a specific key for that, and after that, there are no more clicks on the skill icon but to tap on the shortcut key to activate the skill. See how much LDPlayer 9 eases the combat here with its tools!

As we said, there are more other tools the players can use to improve their battles than the Keyboard Mapping tool. The Keyboard Macro feature in LDPlayer 9 allows the players to write macro commands to perform two or more actions simultaneously using only one shortcut key.

For example, if the players need their characters to move backwards and heal themselves, they can write macro commands combining both actions and set only one key to perform both.

Besides these two, other tools and features will help improve your battles quickly and know what they are; you will have to find them yourself by playing this game on the best android emulator: LDPlayer 9 after its release.

From all of this information we have given you in our Honor of Kings beginner guide, we can assure your victories in each battle with no more failures if you follow this guide. And also, you can discover more new things about the game when you play it all by yourself with the best android emulator LDPlayer 9, right after the game is released.